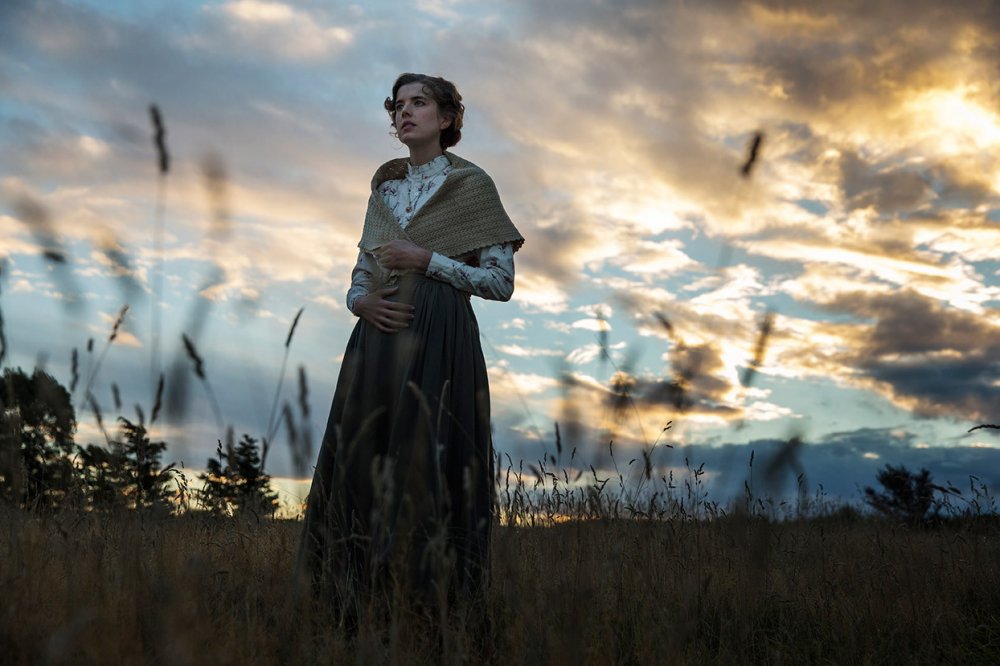 As critics settled into their seats at the IMAX theatre in the downtown Scotiabank multiplex for the world premiere of Sunset Song – the seventh feature from Terence Davies, and his first since The Deep Blue Sea (2011) – the anticipatory hush was ruptured by a stentorian American voice announcing: “The following movie has not been enhanced by IMAX and is not the IMAX experience!” This prompted a smattering of ironically displeased murmurs from the crowd: after all, the 69-year-old Liverpudlian veteran of hushed, intimate dramas is hardly renowned for Avatar-esque visual stylistics.

Yet Davies has filmed this adaptation of Scottish author Lewis Grassic Gibbon’s classic 1932 novel on a combination of lavish 65mm film (for exterior scenes) and high-grade digital, across a variety of locations (Scotland, New Zealand, Luxembourg). In the ravishing opening sequence, it becomes clear that the IMAX setting is an apt fit. The camera drifts calmly and vertiginously across a vast field of golden corn, only halting when it locates a hunched figure hidden among the ears. A girl slowly unfurls herself to sit upright: it is protagonist Chris (Agyness Deyn), and this striking image – simple yet potent – speaks eloquently to the themes which define the forthcoming narrative: the literal emergence of a woman into adulthood, and her relationship with the land around her. 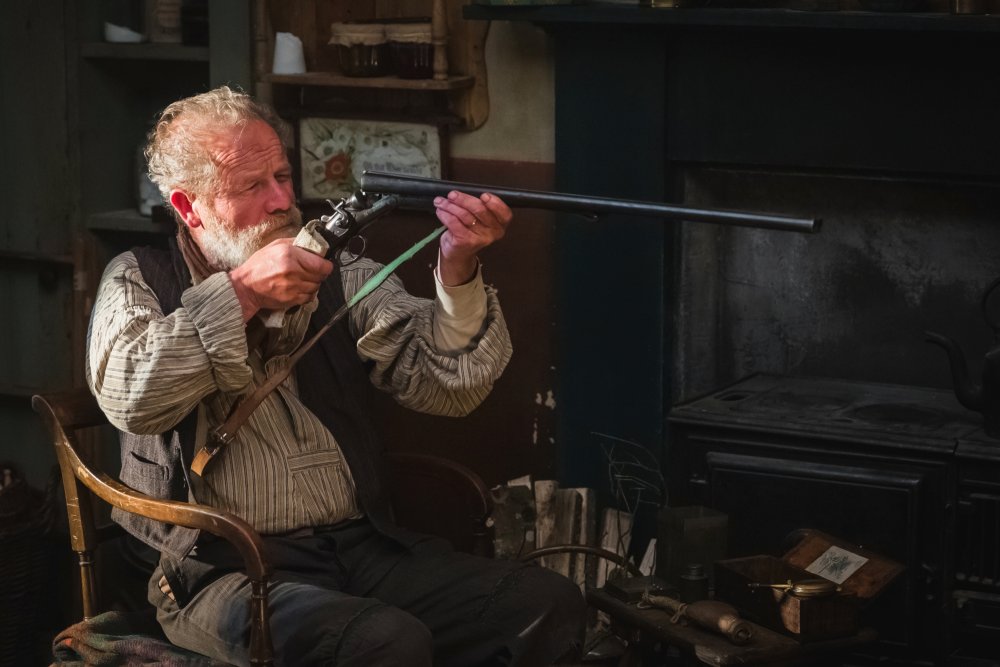 Davies then takes us into Chris’s farm homestead, which is presided over by John Guthrie (Peter Mullan), an abusive father figure every bit as terrifying as the one played by Pete Postlethwaite in Davies’ feature debut Distant Voices, Still Lives (1988): the sins of the father still haunt Davies, it seems. John is fiercely protective of Chris, but viciously beats his son Will (Jack Greenless), and treats his wife (Daniela Nardini, haunting and hollowed in her limited screen time) as a baby-making machine.

Davies’ skill for capturing the implacable march of time with a well-chosen editorial ellipsis is evident in a stunning early sequence: Chris and Will listen at the kitchen table as John’s offscreen threats to rape and impregnate his wife (“You’ll have a baby!”) are brusquely superseded by his wife’s screams of labour, still upstairs and out of sight. The physical impact of untrammelled patriarchy is rendered brutal and swift by the edit. Ellipses continue to punctuate the film with surprising and enriching dramatic effect – Davies sometimes employs languid lateral camera moves to connote the passage of time without an actual cut.

While the gravel-voiced Mullan is a commanding presence, he has played variations of this character before with greater punch – in his own NEDS (2010), and even more disturbingly, with rock star swagger, in Jane Campion’s Top of the Lake (2013). In Sunset Song’s first hour, his ranting has the unfortunate effect of drawing the focus away from Chris, who’s supposed to be the subject. Moreover, the angular, saucer-eyed Deyn – a former model who has made a promising start to her acting career in films like Electricity and Pusher – initially seems inert where there should be passion. It’s only when Mullan exits the picture that the film comes alive, and she gets to show what she can do. 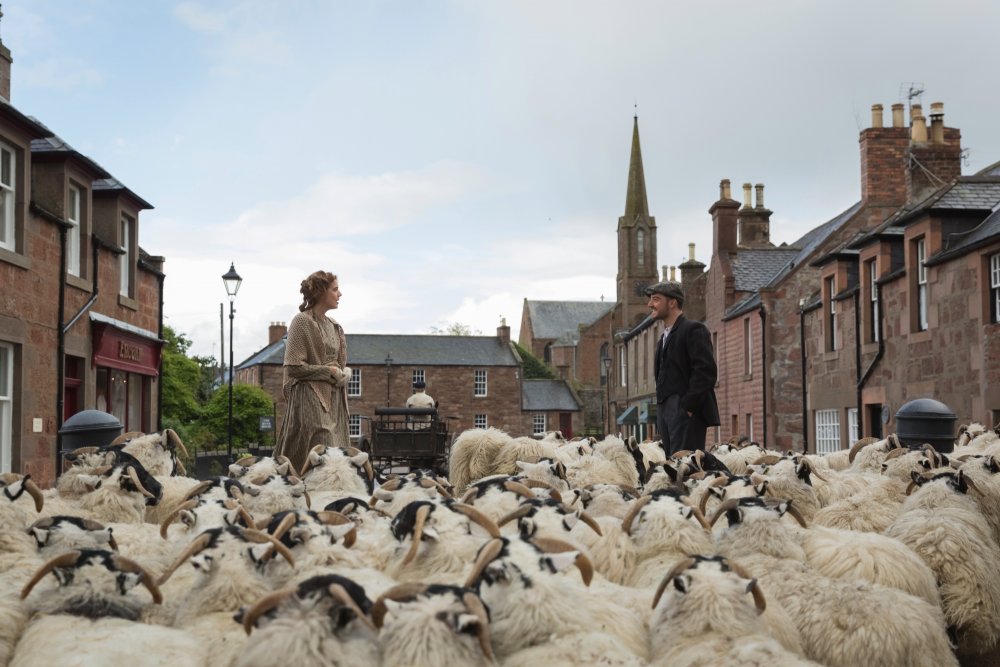 Deyn tackles the role of an increasingly bold, independent young woman with admirable gusto, and her Scottish accent is mostly solid (although it does occasionally veer into Groundskeeper Willie territory in her ruminative voiceover, and whenever she’s called upon to deliver a declamatory speech). She shares great chemistry with the young actor Kevin Guthrie, who plays her paramour. He gives the film’s best performance, beginning as soft and pliable as a woodland creature, but hardening before our eyes as the spectre of World War One descends on Scotland, and his idealism seeps away.

A final-act transition to war-movie territory is tonally unbalancing, and Davies doesn’t quite land his ending with the emotional force he’s aiming for. Nevertheless, he has composed a rich drama about the pleasures and strains of labour, the realities of adulthood in a harsh climate and the indomitability of the Scottish spirit.