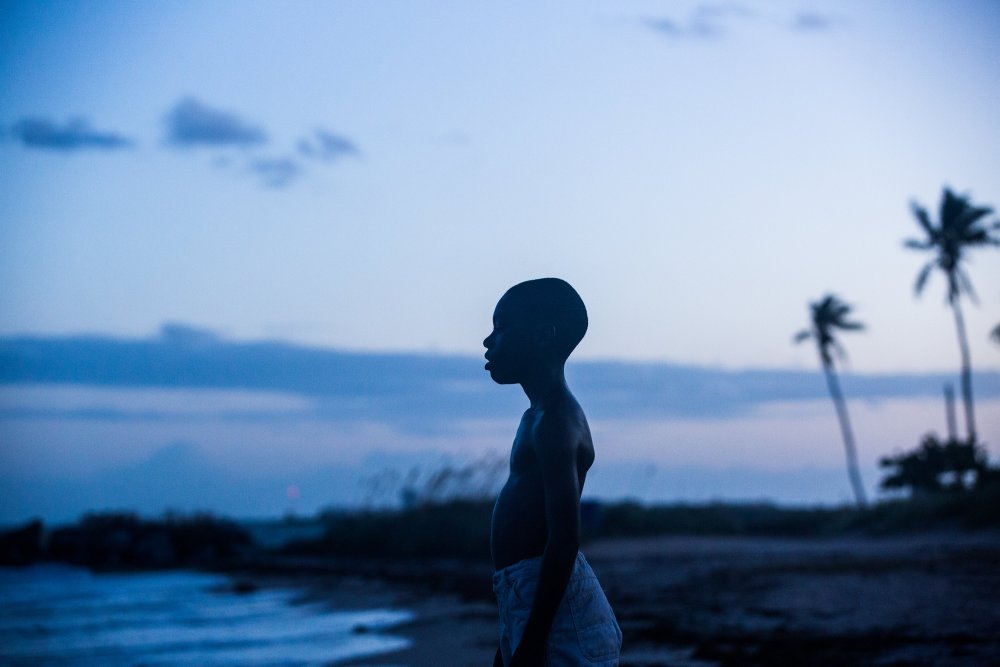 The protagonist in Barry Jenkins’ sophomore feature Moonlight is Chiron by name, and shy by nature. Bullied at school, neglected by his addict of a mother and wrestling with strong, complicated feelings for his best friend Kevin, Chiron is a world-weary wallflower of a young man whose difficult life contains only the smallest pockets of kindness. A Miami mystery in three acts, the film’s first chapter deals with the young Chiron, better known as Little (Alex Hibbert); the second, his adolescent brushes with sex (Ashton Sanders); the third, Chiron the grown man (Trevante Rhodes), still hoarding the emotional baggage leftover from his early life. Adapting Tarrell Alvin McCraney’s play In Moonlight Black Boys Look Blue for the screen, Jenkins reorganises the original story’s nonlinear narrative into something cinematic, and rich with emotion, with a quivering, beating heart at its centre.

Though Jenkins casts three different actors in the role of Chiron, the consistency of the performances that he pulls from his young actors feels radical. From their body language to their verbal tics and downcast eyes, each version of Chiron feels as real a continuation of the character as an old friend growing up before your own eyes. The most striking of these central performances is Trevante Rhodes as Chiron’s oldest iteration; despite his hardened, sculpted body, his soul remains soft with longing and lingering wounds.

When local drug dealer Juan (Mahershala Ali) finds nine-year-old Chiron hiding from bullies in his unlocked apartment, he takes it upon himself to look after him. He takes him to his girlfriend Teresa’s house, feeds him and, in one lovely scene, teaches him how to swim.

This is a film about the complexity of black masculinity and the very human hunger for connection. It is about the fragility that lies beneath a man’s swagger – what it means to be ‘soft’ and what it means to be strong. “What’s a faggot?” the young Chiron asks his surrogate father, who pauses before responding carefully: “A word used to make gay people feel bad.” From the fatherly tenderness displayed by Juan to Kevin’s playful, lustful lopsided smile, Jenkins paints the men in this film with care. His male characters cry and cook and kiss and fight; their love scenes are affectionate and erotic and, most importantly, they are offered a healing, redemptive ending.

With the help of cinematographer James Laxton, Jenkins finds poetry in all aspects of everyday life. A casual football game is turned into a ballet; precise framing transforms a lonely bath into meditation on existence. The use of midnight blues and purples, and the vast wides that encompass Chiron’s single, isolated figure, work together to create an otherworldly atmosphere, all heightened sensation and simmering, feverish emotion.

An aside: it’s worth noting that film like this aligns almost exactly with my own personal tastes and thematic concerns. I knew that it was very likely, predictable even, that I would be interested in a story centred that dealt with the intersecting multiple identities of race, gender, sexuality and class. Yet I found that that the way Moonlight explores identity politics both challenged and surprised me, pushing and pulling at my expectations of what a coming-of-age film about a gay black teenager might be. Jenkins takes clichés about addiction, drugs, poverty, violence and homophobia in black America, and changes their context by shading familiar situations and archetypes of black life with careful detail and texture. He holds up stock images – of the crack-addicted mother, the drug-dealing mentor, the bullied and sensitive queer kid – to a cracked mirror, capturing how they refract and rebound in unexpected ways. It is thrilling, sensuous stuff.