With a focus on black talent and an S&S Gala presenting the film of 2016, this autumn’s festival is set to be one of the most exciting in years. 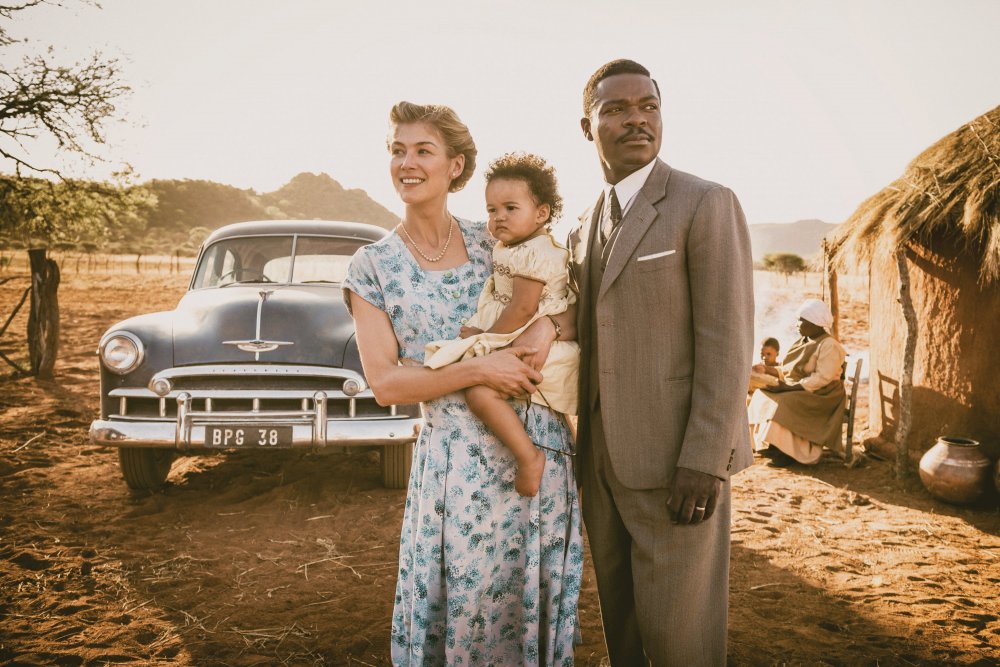 When I recently visited BFI head of festivals Clare Stewart’s office, above the riverside entrance to BFI Southbank, leaning against the wall was a terrifying London Film Festival organisation chart covered with little coloured bits of paper of indeterminate meaning – as complex and colourful as an intricate circuit board. I was there to get information from her about the films those bits of paper represent, and she was keen to offer a few insights about them. What follows is a digest of the best of what I found out. It was written before the press launch.

The most important element is the focus on black talent. In mid-October, the BFI’s extraordinary Black Star programme will begin, billed as “the UK’s biggest ever season of film and television dedicated to celebrating the range, versatility and power of black actors”. The BFI LFF will lead the way with its own roster of BAME talent.

The festival will open with Amma Asante’s sumptuous-looking A United Kingdom, in which David Oyelowo plays Seretse Khama, the king of Bechuanaland (Botswana today), who in 1947 outraged the British and South African governments – not to mention his own people – by marrying Ruth Williams (Rosamund Pike), a white London office worker.

Alongside these upbeat African stories, the LFF is also presenting several important US films, each in its own way relevant to the ‘Black Lives Matter’ campaign. Ava DuVernay’s The 13th  – named for the 13th Amendment to the US Constitution, which abolished slavery – is a documentary about the high rate of incarceration of African Americans.

Actor-director Nate Parker’s 1831 slave revolt drama The Birth of a Nation is by all accounts a confrontational account of the life of revolt leader Nat Turner (played by Parker) – it won both the Grand Jury Prize and Audience Award at Sundance.

Spike Lee’s blistering satire of Chicago gang life Chi-raq is showing, as is a restoration of Julie Dash’s landmark 1991 film Daughters of the Dust – a major influence on Beyoncé’s ‘visual album’ Lemonade – which for too long has been hard to see.

Another cause for excitement is Barry Jenkins’s Moonlight. Based on the play In Moonlight Black Boys Look Blue, a three-ages portrait of a male growing up secretly gay in Miami gang culture, the film is creating a huge buzz.

Rounding off the celebration of black talent is indigenous Australian director Ivan Sen’s highly regarded noir thriller Goldstone. The aboriginal detective Jay Swan (Aaron Pedersen), who featured in Sen’s Mystery Road (2013), has gone to seed after the death of his daughter; his mission this time is to find out what happened to a Chinese woman gone missing from a mining town.

Among the many reasons why Sight & Sound is excited about this year’s BFI LFF is a selfish one. For the Sight & Sound Gala we’ve bagged what we believe is the film of the year – Maren Ade’s Toni Erdmann, which won the Fipresci prize at Cannes and left many critics baffled as to why it didn’t take home the Palme d’Or. I have not seen a more original film in the last four or five years.

We perhaps have a reputation for picking serious, lengthy arthouse sagas for this slot, but Toni Erdmann is a comedy… a comedy from Germany… a German comedy about a practical joker… Yes, it all sounds soooo unpromising. Winfried Conradi (Peter Simonischek), an ageing prankster in mourning for his pet dog, decides to go to Bucharest to bring some chaos back into the life of Ines (Sandra Hüller), his workaholic daughter. How it spins out from there is best kept secret, but it’s a tour de force of unexpected hilarity.

Of the other Cannes favourites, the festival has Jim Jarmusch’s exquisite, heartfelt paean to a poetry-writing bus driver, Paterson; Cristian Mungiu’s complex, convincing drama of parental ambition and moral compromise, Graduation; our next cover feature film, Andrea Arnold’s American Honey; Kleber Mendonça Filho’s Aquarius, a portrait of an indomitable diva, played by Sonia Braga; and Paul Verhoeven’s brilliant rape-revenge fantasy thriller Elle. There will be others that we’ve not yet divined, but by the time you read this you can check the programme yourselves.

One film bound to attract controversy is Bertrand Bonello’s Nocturama/Paris Is Happening (title still to be decided), a tense but elegant study of a multiracial teenage gang intent on planting bombs in Paris, which plays a little as if Jules Dassin’s Rififi were evolving into George A. Romero’s Dawn of the Dead. The idea of terrorism being something necessary or desirable for a group of teenagers, some of them sulky bourgeois kids, is bound to stir up debate.

Another contemporary theme, immigration, is strongly present in three documentaries: in The War Show, directed by Andreas Dalsgaard and Obaidah Zytoon, a Syrian radio DJ shares her experiences of the Arab Spring and its aftermath; Alice Diop’s Wisemanesque On Call (La Permanence) consists of direct-to-camera interviews with immigrants, carried out in a doctor’s waiting room in a Parisian suburb; and Eva Omer’s Chasing Asylum is an intense exposé of Australia’s policy towards asylum seekers.

In this year’s Competition you’ll find a number of name auteurs: alongside Verhoeven is Terence Davies, with his Emily Dickinson tribute A Quiet Passion; Pablo Larraín, with his highly rated anti-biopic Neruda, which avoids the clichés of tracing a major poet’s life; François Ozon, with Frantz, his monochrome post-World War I study of grief and unknowingly shared passions; and Kelly Reichardt, with Certain Women, a triptych of female character studies set in Montana and adapted from Maile Meloy’s short stories Tome, Native Sandstone and Travis, B.

☞ Read our first-look review of A Quiet Passion

There are also works by lesser-known film directors: Mijke de Jong’s Layla M portrays a very smart 18-year-old Dutch-Moroccan girl’s radicalisation; Australian theatre director Benedict Andrews’s film debut Una – based on David Harrower’s play Blackbird – stars Rooney Mara as a woman in her twenties who tracks down middle-aged Ray (Ben Mendelsohn), who had engaged her in a sexually abusive relationship when she was a child. Moonlight, mentioned above, is also in Competition, along with Your Name – Shinkai Makoto’s anime tale about an urban boy and a rural girl who dream they are each other, with consequences both fabulous and alarming – and Martin Koolhoven’s western Brimstone, starring Guy Pearce as a terrifying preacher, which Clare Stewart describes as “Cormac McCarthy meets Night of the Hunter”. 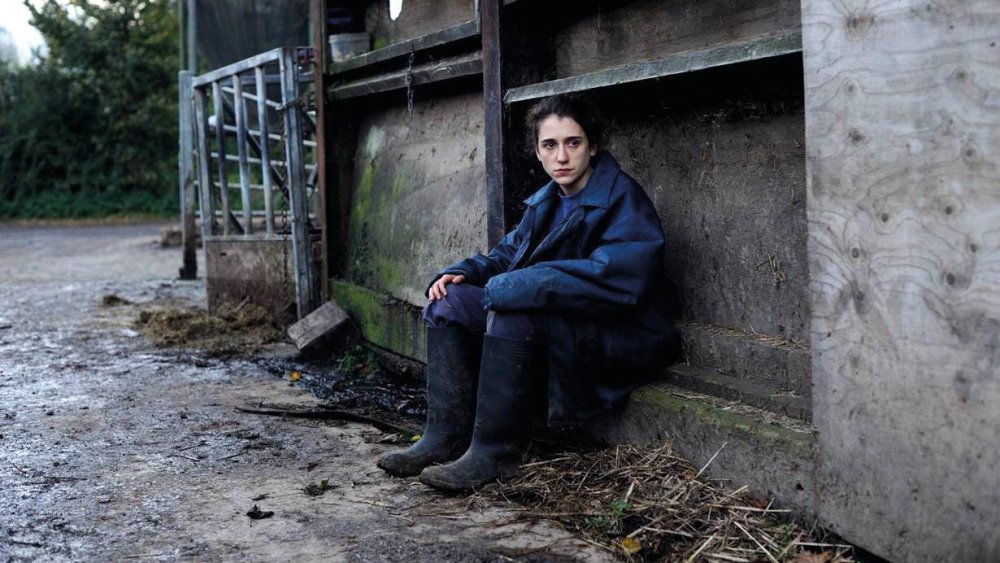 Among the British delights, apart from American Honey, A Quiet Passion and Una, there’s Lone Scherfig’s screwball or romantic comedy (we’ll see which) Their Finest, in which Gemma Arterton and Bill Nighy are making morale-boosting films during WWII.

Another rural tale, The Levelling – Hope Dickson Leach’s feature debut – concerns a young woman’s return to the farm she grew up on, where a flood has ruined her family home and her brother has committed suicide; Ellie Kendrick stars.

Pete Travis’s crime thriller The City of Tiny Lights, adapted by Patrick Neate from his own novel, features Riz Ahmed as a detective asked to pursue a missing girl case that then becomes personal.

Another detective tale, Sean Foley’s Mindhorn, has a protagonist with an optical lie-detector in place of a missing eye.

One development Stewart pointed out to me was a tranche of Irish genre films: Darren Thornton’s A Date for Mad Mary, well received at Karlovy Vary in July, has been described as a “rite of passage dramedy” and a “charmer”; Liam Gavin’s A Dark Song is a horror about a young woman who hires an occultist; Billy O’Brien’s I Am Not a Serial Killer focuses on the good-natured son of a mortician, whose understanding of sociopathic urges puts him on the trail of a Midwestern serial killer; and Lorcan Finnegan’s Without Name follows a troubled land surveyor who becomes fascinated by some unnamed woodland and the silhouette he sees slipping through the trees.

I’ve not been so excited by an LFF programme for years – I’m going to have to devote even more time than usual to catching the things I haven’t seen yet. And there are other intriguing threads – starting with two David Lynch-related films: in Blue Velvet Revisited Peter Braatz assembles material he shot on set 30 years ago, when the director invited his young German fan to document the making of the film; and David Lynch: The Art Life is the third part of David Nguyen’s trilogy, compiled from 20-odd conversations with Lynch. It’s mainly about his painting; none the less, I’m sure I’ll see many of you at the screening.