This poised and painterly rendition of the poet Emily Dickinson in youth and later age finds Terence Davies back on masterly form.

Arguably Terence Davies’ most profoundly personal film since Of Time and the City, A Quiet Passion sees the writer-director on top form. From the very opening scene, in which a stern, shrew-faced schoolmistress addresses her matriculating pupils –- including the young Emily Dickinson – on the importance of faith and the perils of nonconformity, it’s clear we’re in safe hands. The bold, frequently frontal, tableaux-like compositions (at times reminiscent of American painting); the perfectly chosen faces; the carefully nuanced performances; and the occasional but characteristically elegant camera-movements -– all add up to a subtle form of stylisation that is not quite naturalistic but always persuasive and plausible.

Only the first 20 minutes or so depict Emily’s youth, and they may surprise with their light-hearted, quasi-Wildean repartee as the fiercely intelligent young woman exchanges opinions on life and art – and, more particularly, on the place of women in a patriarchal society – with her outspoken friend Vrying Buffam. But an ellipsis – deftly handled by the morphing of portraits of the Dickinson family – speeds us forward into Emily’s later years, where her lack of recognition as a poet, her growing loneliness and her frustrations regarding gender inequality and creative integrity make for an increasing reclusiveness and an ever more loudly voiced bitterness. And then, of course, there are also death and disease, ready to play their part in the steady crushing of Emily’s former happiness. 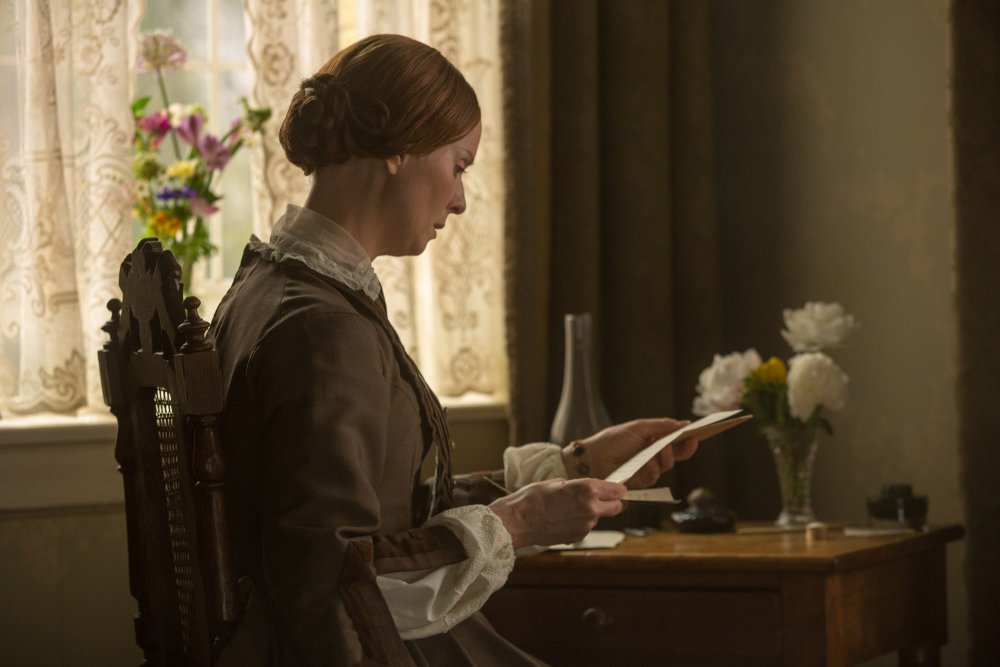 Judiciously deploying Dickinson’s verse, here and there, as voiceover so that it serves almost as a commentary on the narrative, Davies steadily darkens the mood until the later scenes attain a painful, almost Bergmanesque intensity. He’s well served by Florian Hoffmeister’s painterly camerawork, by a clutch of fine performances (Cynthia Nixon is especially good as Emily, though Jennifer Ehle offers excellent support as her sister Vinnie), and by an imaginative musical track (for once Charles Ives’ The Unanswered Question feels wholly appropriate, given the Massachusetts setting). The film is not only a compelling and finally very affecting portrait of the poet as an ageing woman, but another entirely fresh variation on the themes that have preoccupied Davies since his earliest work. To put it simply, there are moments here that are utterly and gloriously Davies: no other filmmaker would have dreamed them up, let alone have executed them with such exquisite delicacy.