Terence Davies’s biopic of the aberrant American poet gives free reign to an artist impeded in her lifetime. 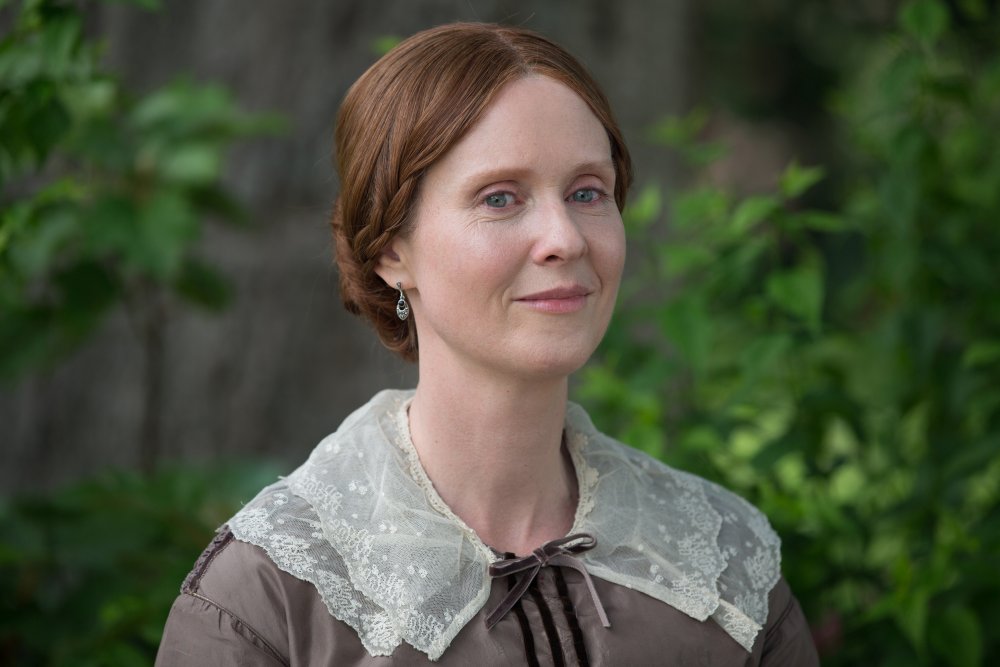 The biopic is a difficult film to get right, all the more so when its subject is an artist whose significance was understood only after their death. The view from here – a vantage point that makes plain the chain of influence linking Vincent van Gogh to his inheritors, and Emily Dickinson to hers – complicates our perception of the lives of these individuals.

It is hard to imagine that Dickinson had no inkling during her life that her work would foment and transform the very principle of poetry – easier to think that she did, that she suspected all along. It’s even harder to hold in mind that posthumous fame changes not a detail of the lived experience. Awfully, it is an afterlife to which all but the artist herself are invited.

To writer-director Terence Davies’s credit, he has not, with his latest film, fallen prey to the temptation to imbue the poet’s 55 years with a sense of building towards. On the contrary, Dickinson’s life – as Davies represents it – is conclusively end-stopped, and the latter half of it marred by her certainty that she will go to her grave unread. As a fan of Dickinson, Davies might have spared himself and us the discomfiting truth of her daily life by implying that she somehow chose it; that she paid with her imperfect present for posthumous renown.

Yet instead of making her a martyr, he and actor Cynthia Nixon give us not the world-shy mouse of popular imagination but a woman who is sociable, who bobs downstairs like a kangaroo to make a new friend of the spirited Miss Buffam. This Dickinson is alive in her time: profoundly mindful of its politics of gender, religion and secession; responsive to its literature; awake to and disposed to discuss the fact of being overlooked as a writer of verses.

Like slant rhyme, she surprises, as when she smashes a plate on the edge of the table when her father complains it is dirty. She is outspoken, overfull of feeling (often on the brink of tears, moved by an aunt’s departure or for reasons less apparent) and frightened by mortality. Few biopics have achieved as full and rounded a subject as this one has. 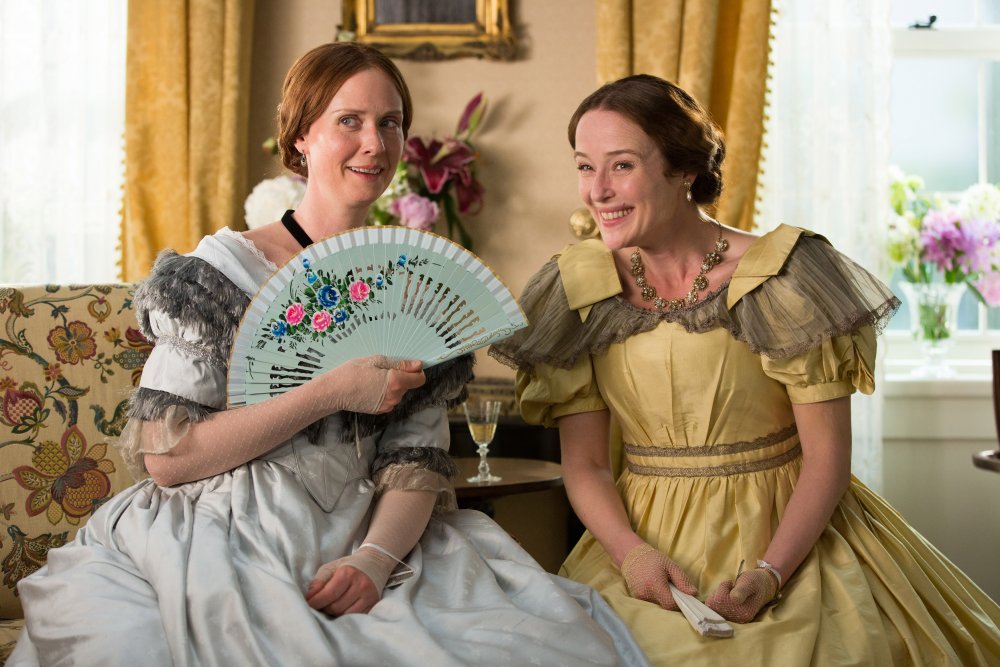 Born in 1830, Dickinson saw fewer than 12 of her 1,775 (known) poems published. Davies’s film proposes – justly, I think – that this was partly a condition of her context, partly owing to her pride. Dickinson’s public recognition was prevented as much by the conservatism of publishers (the prevalent opinion that women “cannot create the permanent treasures of literature”, as the editor of the Springfield Republican states here), and a general unpreparedness, unrelated to gender, for the uncompromising character of her verses, as it was by Dickinson’s single-mindedness and her setting great store by ‘integrity’.

From start to finish, A Quiet Passion finds proof of these qualities in Dickinson. Beginning with her withdrawal from women’s college because she “will not be forced to piety” by its headmistress, the film encompasses the origins of some of the poet’s most important relationships, and two further withdrawals: her renouncing publication (“the Auction/Of the Mind” she would call it) and her retreat – in the later part of her life, which was crowded with losses and illnesses – deeper inside her father’s house.

Dickinson’s character is established primarily through lively dialogue, scripted by Davies, and secondarily through her poetry in the form of voiceover. (These are whole poems, not odds and ends, read empathetically by Nixon.) 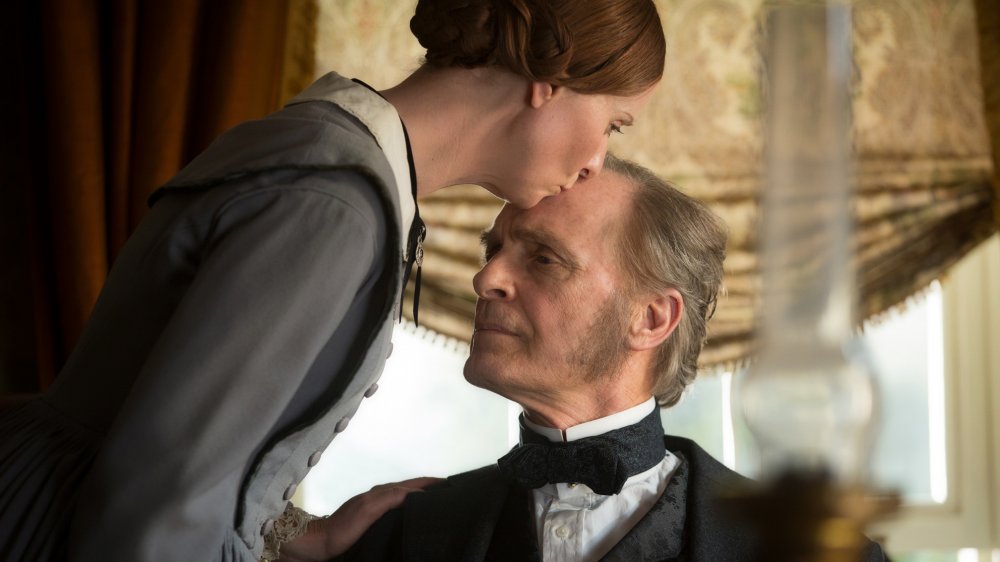 Physical remoteness and effulgent imagination are also the concerns of a recent biopic by another filmmaker from the north of England. (To borrow, anachronistically, the words of Wendy Cope, bloody biopics about women writers are like bloody buses: you wait for years, then two or three appear.) Broadcast on British television at the end of 2016, around the time that Davies’s film was initially to be released, Sally Wainwright’s To Walk Invisible – about Charlotte, Anne and Emily Brontë – is, as its title indicates, A Quiet Passion’s twin.

More or less contemporaries (Emily Brontë, whose name and novel are mentioned more than once in A Quiet Passion, died when Dickinson was 18), Dickinson and the Brontës had more in common than simply the trials of publication. Wainwright and Davies take like approaches to these writers’ lives, each filmmaker relaying the complexity not only of the subjects’ economic and social situations, but also of their practical and emotional accommodation of them. Most interestingly, both films depict the loss of a relative, and in each the treatment of disease and death is direct, unflinching.

The material losses these women suffer body forth losses of a non-material kind. They gesture towards the dispossession of something that never was theirs to be taken, and is difficult to show on film: cultural opportunity. Its refusal is more painful in A Quiet Passion, Dickinson harder hit. The Brontës had each other at least, though even this had its pitfalls, namely the conventionality that moved Charlotte to demean her sisters’ authorial integrity, blocking the republication of Anne’s second novel and writing a jaundiced foreword to Emily’s Wuthering Heights.

Wainwright’s intimation of the pervasiveness of the dominant culture – the risk of cultural integration, of assimilation by the literary establishment – is among her film’s many merits. That risk came knocking at the Brontë parsonage, just at it called for Dickinson at Amherst. It was the Emilys who denied it entrance and stood their ground, adamant that their writing not be raked or interfered with. Resisting assimilation may not look like much; these films say it is. 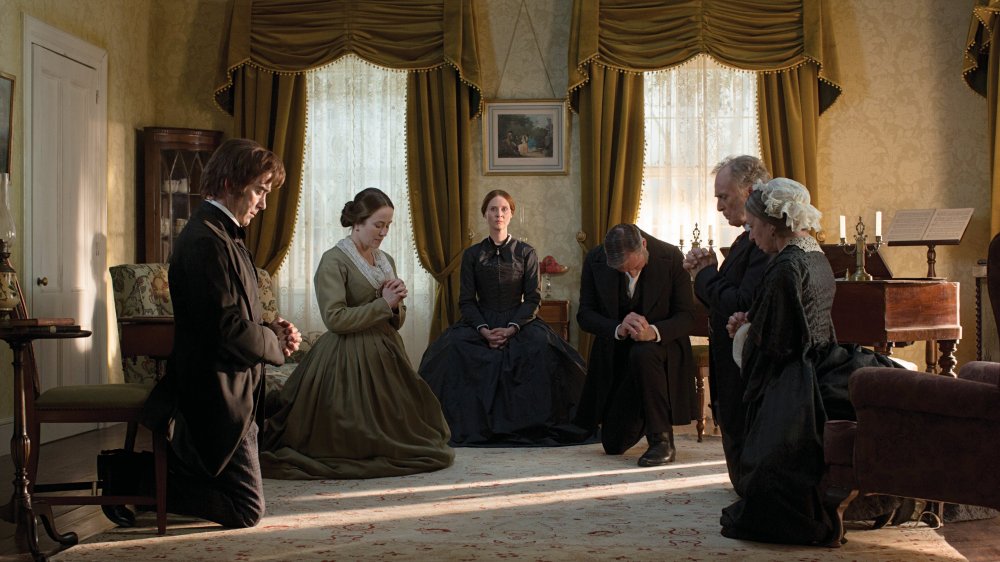 That both productions chose to have replica houses built is not incidental. A Quiet Passion has its Dickinson Homestead, To Walk Invisible its Haworth parsonage – places whose comfort and containment formed these women and ministered to their creative and spiritual lives. As Virginia Woolf wrote after visiting the parsonage in 1904: “Haworth expresses the Brontës; the Brontës express Haworth; they fit like a snail to its shell.”

By the conclusion of A Quiet Passion, we are left in no doubt as to the kind of woman Emily Dickinson was, or how deeply she felt. And yet she remains a mystery. Davies appears not to have wanted to manage his subject, to be overbearing and work her like clay on his wheel. It isn’t for us, he seems to say, to see with her eyes or walk in her shoes. After all, to be a poet is not, in all cases, to wish to be transparent. Not all poetry is confessional, not even all of it personal.

Conveying to a publisher how his adjustments to her punctuation had galled her (“It feels like an attack”), Dickinson explains – with a brusqueness characteristic of the older poet – that there is a difference between “clarity” and “obviousness”. Davies grasps this distinction. A Quiet Passion has all the wished-for clarity – of vision and of character – but it is not so certain of its subject as to enclose her and divest her of what she prized most: her soul’s independence.

In Terence Davies’s A Quiet Passion, Cynthia Nixon turns her back on sex and the city to portray the poet Emily Dickinson. She talks to Pamela Hutchinson.

Related to Film of the week: A Quiet Passion – Terence Davies and Cynthia Nixon conjure Emily Dickinson in fetters