from our December 2016 issue 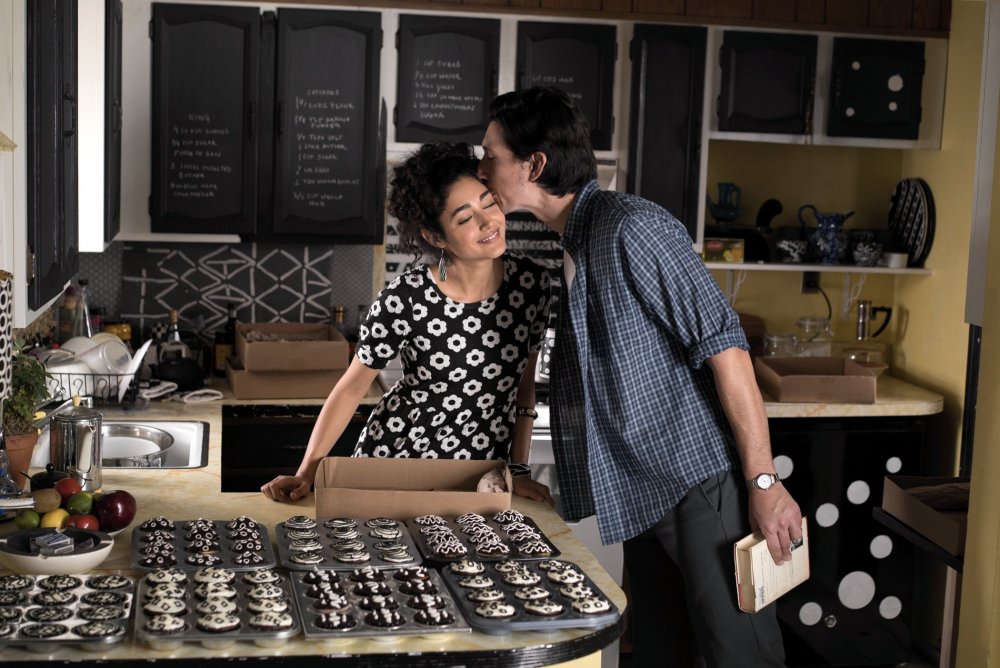 Jim Jarmusch’s Paterson is a quietly utopian film, and a balm to watch. Paterson (Adam Driver), bus driver and apparently contentedly unpublished poet, and Laura (Golshifteh Farahani), aspiring country singer, live modestly in the suburbs of Paterson, New Jersey, encouraging one another in their dreams but never pushing too hard. Paterson’s repetitive job leaves him headspace to compose poems while at work; Laura, who doesn’t work, is less focused but happy to experiment. In the evenings, Paterson goes to a bar with a largely black clientele, presided over by Doc (Barry Shabaka Henley), a proud Patersonian who refuses to install a television and knows just enough of everyone’s business. Exultant after a successful day selling cakes at a farmers’ market, Laura exclaims: “This is so much fun, it’s like we’re living in the 20th century.”

Indeed, Paterson’s minimal narrative and attractively downbeat setting hark back to the Jarmusch of the 80s and 90s. The action, such as it is, unfolds in uncluttered images at an unhurried pace over seven days in Paterson’s life, each a variation on the last. The bus journeys are given time to breathe, and the most dramatic subplot, concerning two fellow regulars at the bar, happily fizzles out. But the film can’t help but generate suspense – will something happen, and will Paterson publish his poems?

Sharing Doc’s pride in a place that most people outside the US have never heard of, Paterson’s small scale is deceptive. Fragments of the city’s past pepper the film, touching on the whole history of the republic. The city’s rich literary heritage, above all the work of modernist poet William Carlos Williams and his long-gestated Paterson, is paraded throughout. In earlier Jarmusch films, poetry was the preserve of outsiders – Roberto Benigni, the fan of Whitman and Frost in Down by Law (1986), and Nobody (Gary Farmer), the Native American Blake aficionado in Dead Man (1995) – while the white Americans remained ignorant. Paterson includes a cameo from Nagase Masatoshi, who played the Carl Perkins fan from Yokohama in Mystery Train (1989), this time on a pilgrimage to the waterfall that Williams used as a leitmotif, and where Paterson eats his lunch. 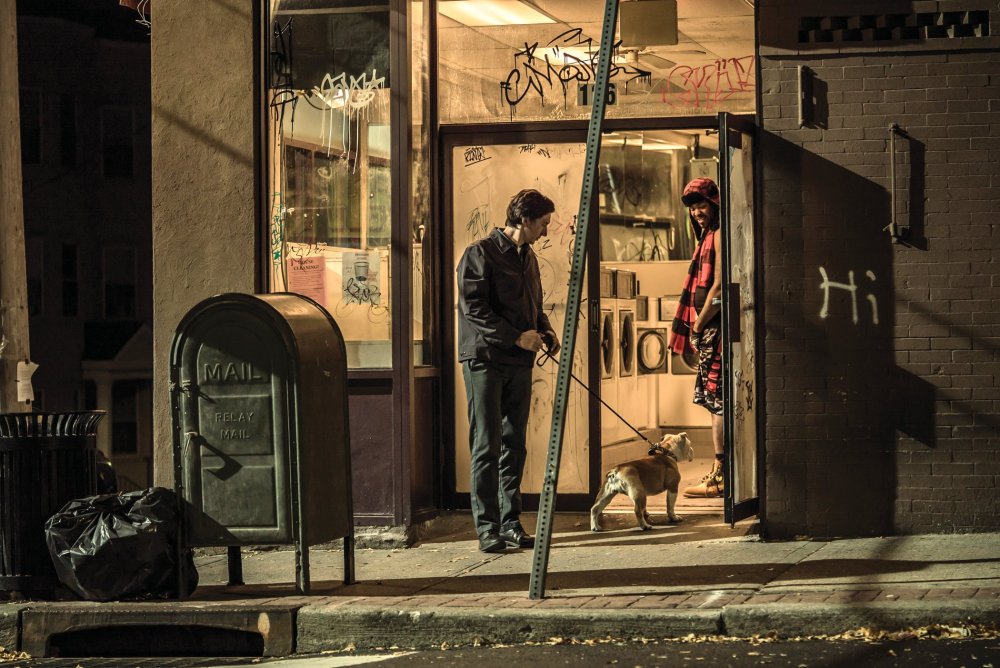 Crucially, however, Paterson is not the only poet or reader in Paterson. On his travels he encounters a rapper (played by Method Man) in a launderette and a young girl poet who shares his liking for Emily Dickinson. Doc curates a Paterson hall of fame behind the bar. Moreover, the life of the city, seen through the windscreen, and its inhabitants, heard from the driver’s seat, are invested with poetry, cast into a form one could call poetic; and the film is filled with visual patterns, especially in Laura’s domain, the home. Whether or not Paterson’s poetry is worthy of publication, and whether or not Laura, in Nashville mode, will be one of “the greats”, as she puts it, isn’t the point; poetry (broadly understood) isn’t about worldly success, and dreams don’t need to come true to be worth having. Culture is ordinary, as Raymond Williams put it.

But, well, is it? Jarmusch’s last film, Only Lovers Left Alive (2013), seemed to bring down the curtain on a cultural tradition whose exhaustion was manifest in the film itself, with its fetishisation of old guitars and vinyl, and its affected aesthetic snobbery was equally palpable. Paterson, Jarmusch’s best film since Ghost Dog (1999), might be seen as an attempt to start over, but there is no escaping the fact that Paterson the unsung poet is the invention of a much sung filmmaker, or that Paterson is post-industrial America as seen from the Lower East Side. Paterson’s earnest refusal to use a mobile phone reveals an otherwise unlikely kinship with Adam Driver’s character from Noah Baumbach’s While We’re Young (2014), a send-up of the hipster technophobia indulged in by Only Lovers Left Alive.

Like many utopias, Paterson is sexless. Laura and Paterson are just adorable together, when they are together, but nothing more. Their domestic routine is resolutely 20th-century, with Laura deprived of company and confined to the home during the day, decorating and baking and taking up hobbies, and during the evening too. Paterson’s artistic pretensions, even if disavowed, are treated with more seriousness than hers, which are made to appear kooky. One scene even makes fun of her cooking. Farahani’s performance, of great charm and exuberance, conceals a fundamental repression; and it might be that this repression is itself the necessary condition of all such utopias.