Film of the week: While We’re Young 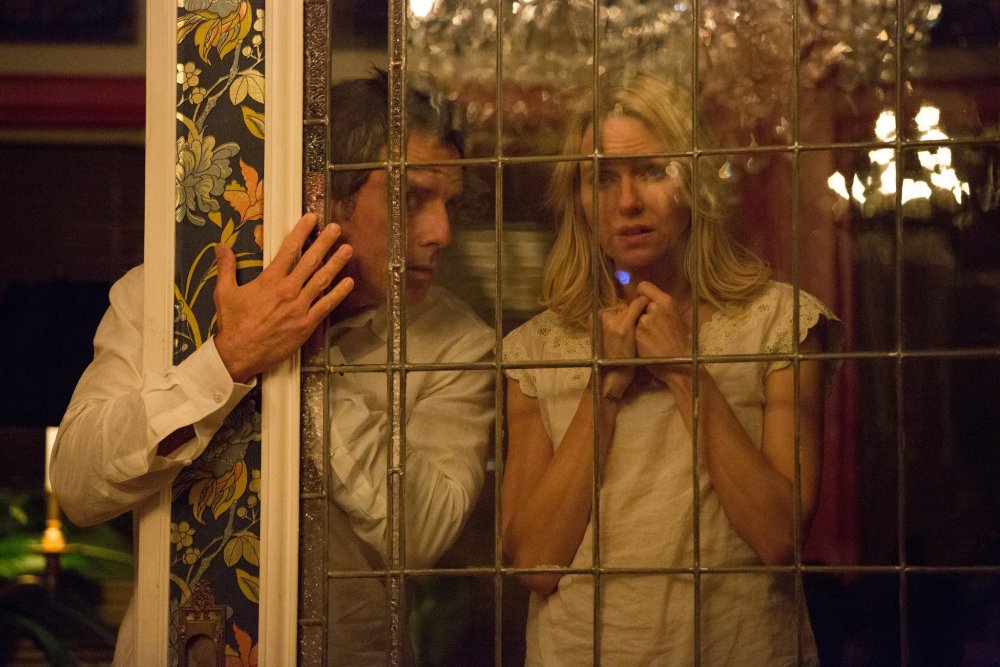 As if to underline the plus ça change of his theme, Noah Baumbach kicks off While We’re Young with an onscreen text dating from 1892: a snatch of dialogue from Ibsen’s late drama The Master Builder. It’s an exchange between Solness, the architect of the title, an eminent man in his sixties, and the seductive Hilde Wangel, a woman in her twenties who invades, disrupts and eventually destroys his life.

“I’ve become so disturbed by younger people,” Solness admits. “They upset me so much that I’ve closed my doors.” “Maybe you should open the door and let them in,” Hilde retorts. (The plot of the play secretes personal relevance: three years earlier the 61-year-old Ibsen had become infatuated with an 18-year-old Viennese woman called Emilie Bardach.) Solness ends up tumbling to his death from the phallic tower he’s built; nothing quite so catastrophic befalls Baumbach’s protagonist, documentary-maker Josh Srebnick (Ben Stiller), but the humiliating dégringolade still lies in wait.

There’s a classic Thurber cartoon from the New Yorker showing a despondent family – mother, father, two kids and droop-jowled Thurberesque dog. The mother is saying tetchily to her little daughter, “Well, I’m Disenchanted, Too. We’re All Disenchanted.” That could sum up the prevailing climate of virtually all Baumbach’s output: most of his characters start off disenchanted, and most of those who don’t get there soon enough. 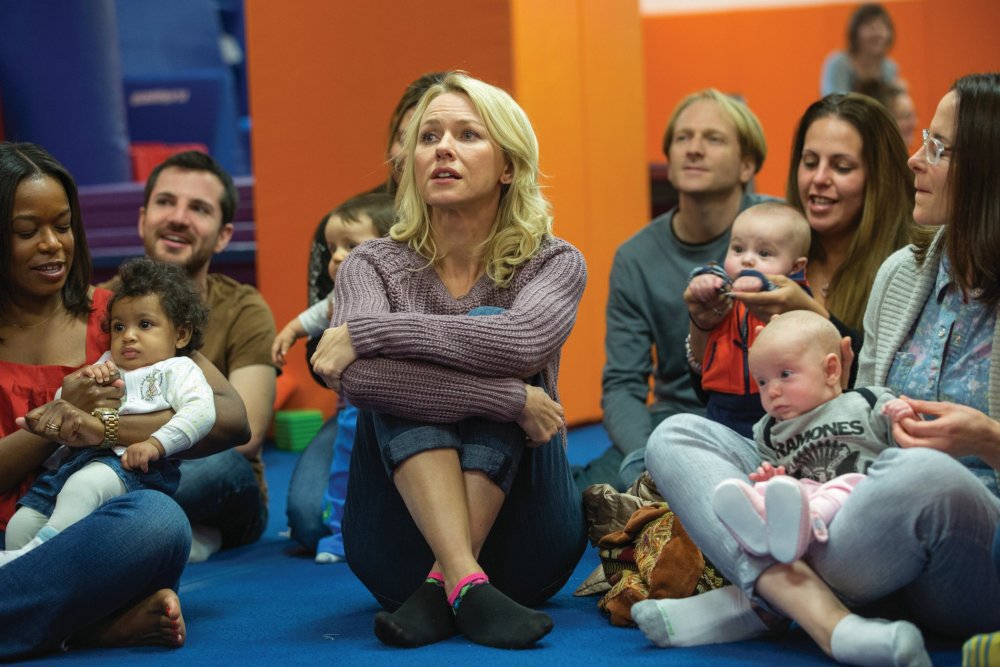 Maybe it’s traceable to his upbringing. His breakthrough feature The Squid and the Whale (2005) pitilessly dissected the divorce of a highbrow Brooklyn couple, seen mainly through the eyes of their confused, distressed teenage sons – and was by all accounts largely autobiographical. He followed up with Margot at the Wedding (2007), again constructed around a fractured family – but this time one so viciously dysfunctional as to make the Squid’s clan look like the Waltons.

Since then we’ve had Greenberg (2010), with Stiller as a socially phobic New Yorker relocating to Los Angeles – which he despises – after his musical career goes belly up, house-sitting for his more successful brother and filling his time by writing abusive letters to the likes of Starbucks. “Youth is wasted on the young,” his friend Ivan (Rhys Ifans) observes as they study menus in a restaurant, to which Greenberg replies, “Life is wasted on – people.”

If Greenberg ends up on a note of guarded optimism it’s largely through the arrival in the hero’s life of Florence, a much younger woman played by Greta Gerwig (making her breakout from mumblecore). Foreshadowings of the present movie in this relationship, then, and especially in a farcical scene in which Greenberg finds himself easily the oldest guest, by a couple of decades, at a drug-addled party. Gerwig (by now Baumbach’s partner and co-writer) got her own title role in the bittersweet Frances Ha (2012), playing a naive, disaster-prone misfit in New York trying to realise her hopelessly unfocused aspirations and slipping from just-about survival to borderline destitution. 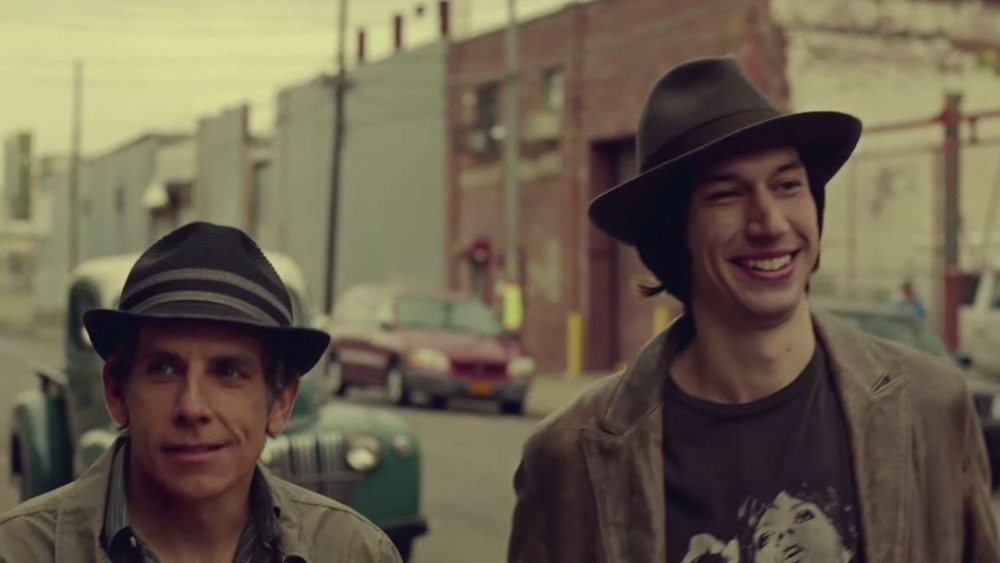 So While We’re Young could be taken, from one angle, as Baumbach’s sardonic side glance at his own involvement with the rather younger Gerwig and her contemporaries; from another, it could qualify as a distant remake of Joseph L. Mankiewicz’s classic theatrical bitchfest All About Eve (1950). Eve, in Mankiewicz’s film the wide-eyed young actress who insinuates herself into the entourage of Broadway grande dame Margo Channing (Bette Davis) in order to usurp her position, is in this case represented by Jamie (Adam Driver), an ambitious young documentary-maker. Like Eve, he deploys blatant flattery to gain Josh’s attention: showing up with his wife Darby (Amanda Seyfried) at one of the older man’s lectures, he professes huge admiration for one of his earlier efforts (“Hey, that scene with the dogs round the garbage, how did you stage that?”). He further captivates Josh’s interest by claiming to have the film on a VHS tape.

As here, much of the film’s humour is mined from its satirising of Jamie and Darby’s retro-hipster lifestyle. Josh is enchanted by what he sees as their youthful openness and fervour – “I like how engaged they are,” he tells his sceptical wife Cornelia (Naomi Watts), “so in the moment” – but almost equally delighted by the objects and artefacts they surround themselves with: the VHS tapes, the hi-fi turntable and shelves packed with vinyl LPs, the manual typewriter, the pet chicken in a cage. They also have an even younger flatmate, Tipper (Dree Hemingway), who never says much but wanders through the apartment wearing little but panties and T-shirts bearing sardonic slogans (‘Some college I didn’t go to’). 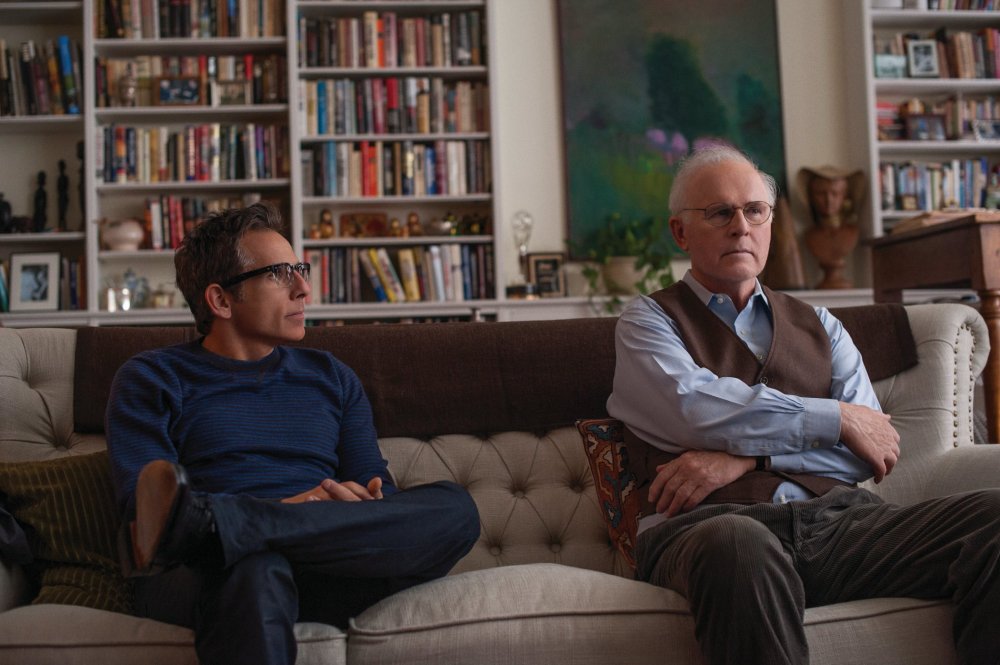 All this seems to Josh and eventually (with some reservations) to Cornelia, scanning their iPads or flipping through Hulu, like a way of connecting with their own pre-disenchantment younger selves, before they got bogged down in their present mode of social and career stasis. Josh has been toiling for years on a sprawling political film, which his father-in-law Leslie (Charles Grodin), a widely respected documentarist of the older generation, tells him is “a six-and-a-half-hour film that’s about seven hours too long”. What we see of the footage, consisting mainly of a dry elderly professor rambling straight to camera, often while eating his lunch, seems to bear out Leslie’s verdict.

To bring in some income, Cornelia acts as her father’s assistant, evidently without much enthusiasm. The couple feel besieged by friends of their own age, especially new parents Marina (Maria Dizzia) and Fletcher (Beastie Boy Adam Horovitz), who keep urging them to have kids. To Jamie Josh confesses that, “wistful and disdainful were the only two feelings I had left”.

Most of the film’s funniest moments stem from Josh and Cornelia’s flailing attempts to recapture their youth. Jamie invites Josh (whom he addresses as ‘Yossi’ or ‘Jossel’) to a beach street party, persuading him to wear a hat and buy a bicycle – which inevitably gets stolen, leaving just a sad solitary wheel locked to a street lamp. Cornelia, fleeing a smug mums-and-babies event that Marina has taken her to, attends a hip-hop dance class with Darby, picking up some convulsive moves which she then tries to teach to Josh. 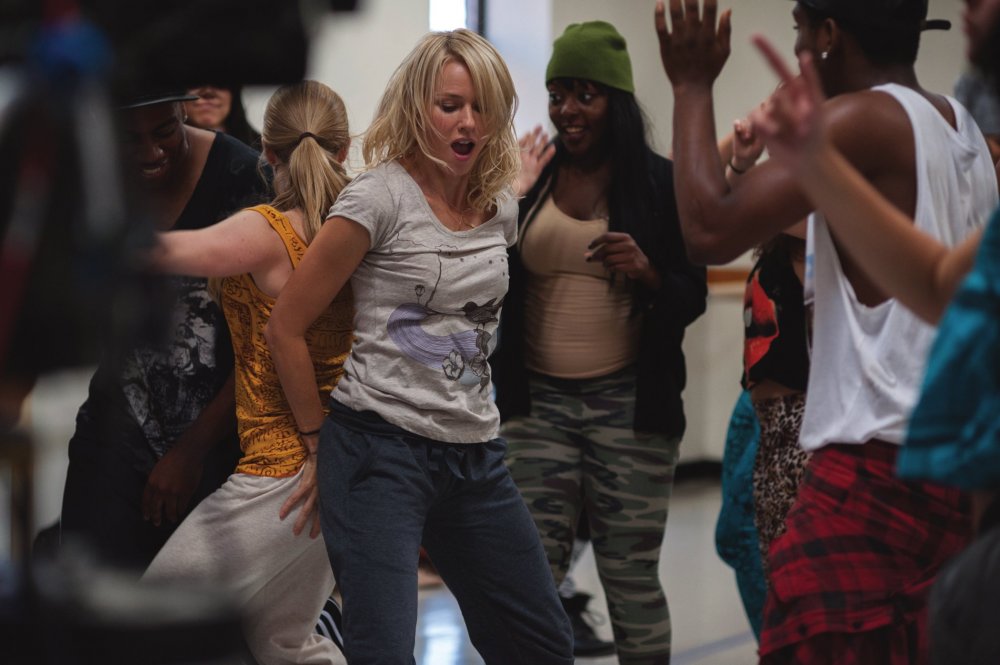 Most richly farcical of all is an ayahuasca party where the guests get high on the sludgy Peruvian hallucinogen to the strains of Vangelis while a shaman exhorts them to “breathe in truth – breathe out ignorance” and most of those present vomit thunderously into thoughtfully provided brass vessels. It’s at this event that Cornelia kisses Jamie, but nothing much comes of it; one of the film’s strengths is that an all-too-expected recoupling of the four leads never happens.

Only towards the end does While We’re Young start to lose traction. The revelation of the exact nature of Jamie’s duplicity feels a touch over-contrived, though everyone’s relaxed indifference to Josh’s outraged denunciations is diverting. Leslie, supposedly the epitome of old-fashioned documentary integrity, remains blandly untroubled, while even Cornelia comments, “I think [Jamie’s] an asshole but the movie’s pretty good.”

And despite occasional hints that parenthood isn’t quite the all-fulfilling panacea it’s toted as – Fletcher confides to Josh “I love our baby but I’m still the most important person in my life” – the film’s epilogue, ‘One year later’, seems to suggest that a newborn infant and a Caribbean excursion can solve most discontents. Whether this signals a softening of Baumbach’s previously acerbic worldview remains to be seen; though initial reactions to his next film, Mistress America, again starring Gerwig, already completed and premiered at Sundance, suggests that a certain screwball kookiness may indeed be starting to dilute the erstwhile acid.

Related to Film of the week: While We’re Young