Andrea Arnold hits the road with Shia LaBeouf, the scintillating discovery Sasha Lane and a slice of subcultural Americana. 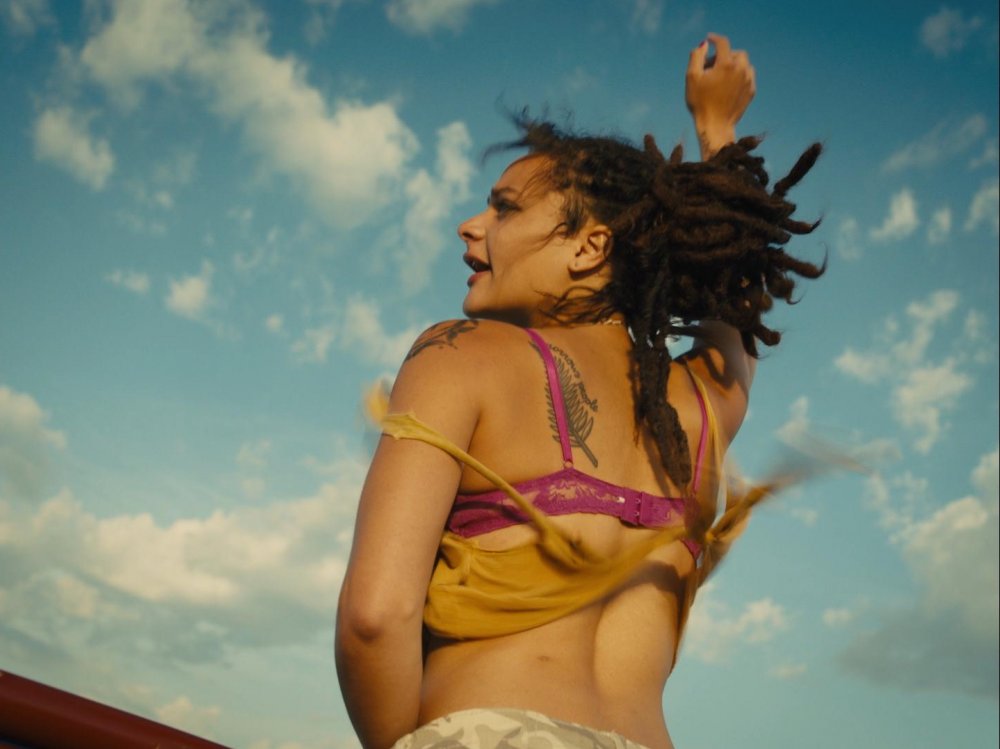 In the spirit of foreign filmmakers such as Michelangelo Antonioni (with Zabriskie Point) and Wim Wenders (Paris, Texas) who brought a rarely seen part of American life to the screen in their own distinctive style, UK writer-director Andrea Arnold endows American Honey, her first feature set and filmed in the US, with her own signature motifs – naturalistic depictions of the rougher edges of working-class life, intense sexual situations, volatile physical energy and a lack of moralising or sentimentality – while finding raw beauty in some of America’s most uninviting landscapes. Moreover, here, as in Fish Tank, she extracts a stunning lead performance from a non-professional actor. Although the grungy sub-culture setting of this coming-of-age tale/road movie calls to mind the work of filmmakers such as Larry Clark and Harmony Korine, and the photography of Robert Frank, Danny Lyon and William Eggleston, the film’s concerns and style are very much of a piece with Arnold’s previous films.

The episodic action is seen through the eyes of Star, an 18-year-old from a broken home. (She’s played by Sasha Lane, a striking Texas State college freshman without previous acting experience.) Star jumps at the chance to free herself from a life of dumpster diving and abuse by joining a hard-partying, itinerant magazine sales crew that peddles subscriptions door to door. And in the crew’s charismatic top salesman Jake (Shia LaBeouf), she finds a figure on whom to fixate her inchoate desires, much to the displeasure of tough-as-nails team manager Crystal (actress-model Riley Keough, the granddaughter of Elvis Presley).

As Jake tries to train Star in the art of making a sale, she rebels against his approach, which involves lying to potential customers, but that doesn’t stop her from consummating their physical relationship. Their convincing chemistry onscreen has reportedly translated into real-life coupledom. 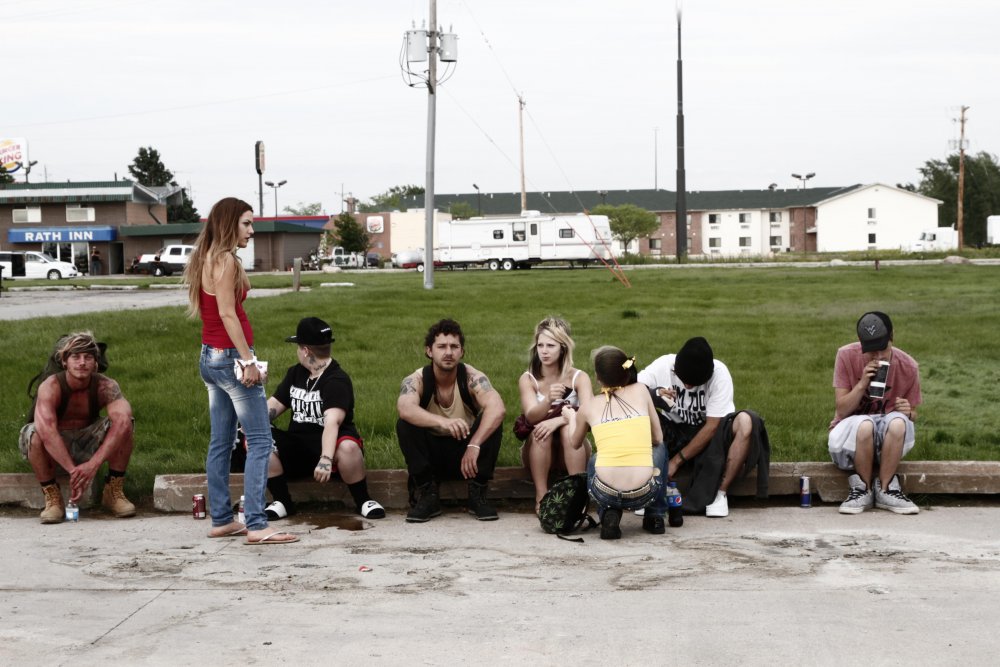 Without going into great detail, Arnold suggests unsettled backstories for the various other crew members; troubles that they repress with alcohol, drugs, obsessions and a casual flouting of the law. They have no particular love for magazine sales, but they cling to the job’s footloose freedom that has allowed them to escape from their own impoverished, meth-addled small towns.

Although Arnold’s style has always involved a physicality and search for the visceral, her screenplay here is much looser than in her previous work; there is no classic three-act structure, no resolution. As she tries to find a cinematic language to depict this group of outsiders, she builds on the relentless energy of the actors (whose ensemble work is amazing), orchestrating gorgeous moments of release in dancing, fighting, and fireworks. Their banal dialogue is continually overpowered by the well-chosen, energy-pumping music track, featuring song lyrics that articulate the characters’ feelings far better than any of their conversations.

Also crucial to the film’s energy quotient is the eloquent, impressionistic lensing of Arnold’s longtime cinematographer Ryan and the dynamic, precision cutting of Joe Bini. While some viewers may find the film’s length (162 minutes) and a certain repetitiveness off-putting, it gives Arnold scope to capture the spontaneity and rawness of their lifestyle.