Back to the land: Pat Collins on Silence

The director of a remarkable portrait of Ireland’s ancient west country talks lost landscapes and whispered histories with Colm McAuliffe.

“Spiritual and imaginative sustenance is all around us waiting to reveal itself to us. Geography is about revelations of the Earth – how can you discover anything worthwhile if you don’t allow yourself to get lost?”

For the Irish director Pat Collins, landscape is a palimpsest where folk traditions and language and history collide.

His prolific documentary output – often centring upon notoriously remote areas and communities in Ireland – has significantly informed his first feature, Silence, in which Collins outlines a recoil from the noise of modernity through the character of Eoghan, a sound recordist who leaves Berlin for his native Ireland to record the sound of silence on a journey which takes him through some of the country’s most inaccessible and unforgiving landscapes en route to his native Donegal.

Not just a tangible journey, the film is a remarkable odyssey through language and space, a country not tracked through history or analysed through academia, but created by the collective spirits of the island’s inhabitants over thousands of years. The fact that Collins manages to pull this off is even more remarkable: the film is a profoundly moving, lyrical evocation of a land in constant need of critique.

“I’m not trying to make a grand statement,” reflects Collins. “I’m just trying to project the country as I see or experience it, or even imagine it. I want to explore Irishness using a modern cinematic language – and for it to be universal while still being distinctly Irish. What’s the point of me making films as if I were from some other country? I might as well give up if I can’t bring something distinctive – from my upbringing, the influences that shaped me or the place I come from.”

Collins is a native of Drimoleague, County Cork, and like thousands of his contemporaries emigrated during the bleak 1980s.

“I think Eoghan comes from a generation that may have emigrated at an earlier time [prior to the ‘Celtic Tiger’ boom of the 1990s],” he says. “I went to live in Brighton around 1986 – but only stayed for six or seven months. If I’d not returned to Ireland I’d be a very different person now.

“Around 1989, I went to Galway for the first time,” he elaborates. “At that time it was like nowhere else in Ireland. I moved there a month later, and over the years discovered the Aran Islands, Connemara, the Burren. The books I read at the time, hearing Irish spoken as a living language… all that had a huge impact on me. I always had a strong attachment to the place I was from, but my experience of Galway reinforced it.”

Indeed, it is rural Ireland which provided Collins’ with striking material for many of his early forays into documentary making. 2002’s Oileán Thoraí intimately depicted the daily lives of those living on Tory Island, situated off the coast of Donegal and populated by 150 people. In 2005, John McGahern – A Private World offered a rare and significant insight into the late writer’s creative process through the prism of his homestead in the County Leitrim countryside.

Collins’ work is often bilingual, utilising both the Irish and English languages – as evinced by Silence’s Eoghan, who begins speaking English but finishes his journey in his native tongue.

“The themes [in my work] have been consistent”, says Collins. “A sense of place, etc. I do believe that the lack of Irish [language] is an affliction that has a devastating impact on our sense of ourselves. It perhaps makes the music and the Gaelic sport stronger expressions of our identity.

“It’s my opinion that Ireland will never have a comfortable relationship with itself until it is a truly bilingual country, [speaking] Irish and English”, he continues. “It could be achieved in a generation if there were the will, but it’s doubtful that’ll happen. It could if it were a bottom-up movement, but we are living in very fractured times.

“Ireland’s relationship with the Church, with our experience of colonialism, with the language, the impact of the famine, all have had a part to play with the way we are. They hover in the background. But they’re not an excuse. Ireland is a great country in so many ways but though we might be independent in spirit I’m not so sure we’re independent in mind. We’re afraid to be truly independent.” 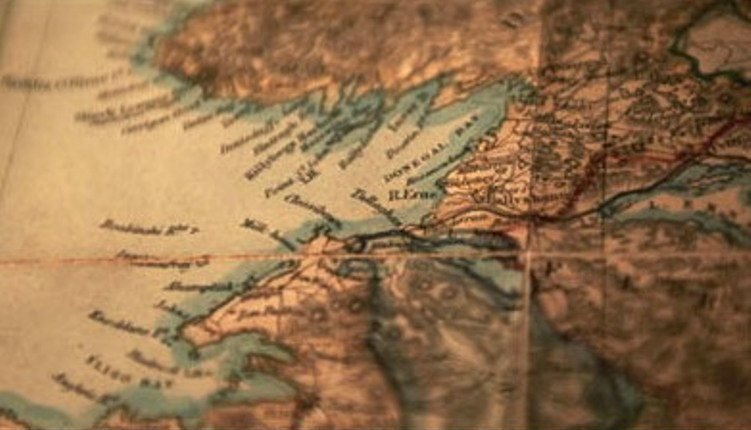 This fear was closely examined in Collins’ What We Leave In Our Wake, a 2010 documentary that serves as a theoretical basis for his subsequent fictional work. Invoking the teachings of Yeats, Joyce and Heaney, it contrasted Ireland’s rich literary and local heritage with the crass ostentation which recently enveloped the country amid the falsehoods of economic success.

In between this and Silence, Collins filmed a study of Tim Robinson, who has been extensively mapping and studying the landscape of Connemara for over 30 years. A visual interpretation of his work as a map-maker and writer, the film informed the themes of Silence with Robinson’s voice making an appearance as Eoghan’s journey is tracked cartographically on screen. 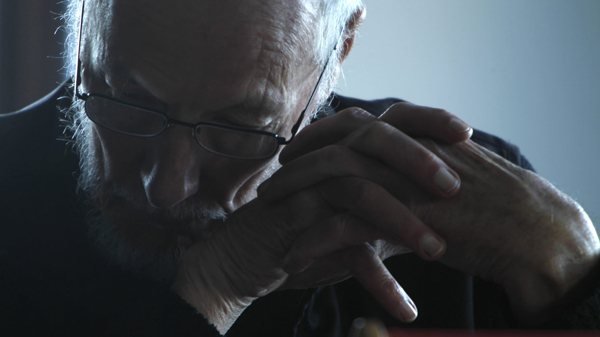 “Some of the locations and ideas are in both films,” Collins explains. “[In Silence] we shot some of those scenes like a documentary, Eoghan asking questions or talking to someone as if he were being interviewed. Some of those dialogue scenes are cut back from long conversations. Their frameworks were worked out beforehand but some were genuinely unexpected. The casting was crucial in that regard.”

Meanwhile, Collins’ next feature, Living in a Coded Land, will be entirely set in the Irish midlands, and will “explore our sense of places and stories attached to place.”

“Sometimes I think the Irish are at war with the landscape, burning and uprooting,” he observes. “Yet there’s an attachment to place and to preserving stories related to places, official histories and official whispered histories. [The film] has similar themes to Silence, but is really a follow-up to What We Leave in Our Wake.”