Film of the week: Silence

Echoes – of the past and the lost, of people and their stories – seep into this richly resonant portrait of a sound recordist documenting west Ireland’s unpeopled landscapes. 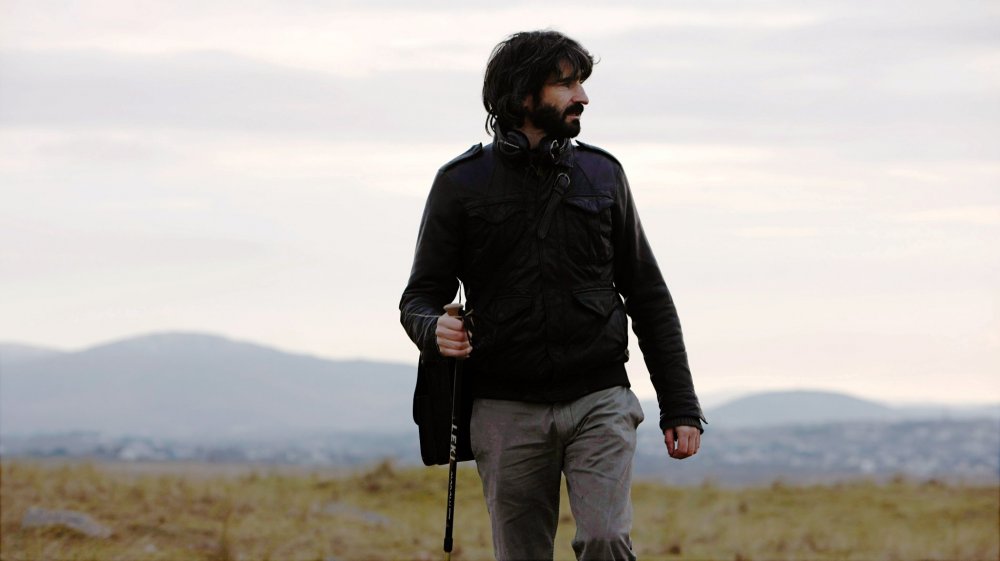 In a much-repeated anecdote, the composer John Cage described a visit early in his career to the anechoic chamber at Harvard. In this room, scientifically designed to be without sound, Cage heard two sounds, one high and one low. He asked the engineer in charge what was happening, and was told that the high sound was his nervous system, the low sound his blood as it circulated. Wherever you go, you can’t escape yourself.

The central character in Pat Collins’s elusive, sparse, meditative movie Silence is played by (and named for) Eoghan Mac Giolla Bhríde, with Collins one of the film’s co-writers. Eoghan is an Irish sound recordist returned from Berlin to capture the noise of nothing. “I’m recording areas away from manmade sound,” he tells one of the lonely figures he encounters, striding towards him far out in some lonely marsh. “So you’re here?” the man responds with gentle cheek, wondering perhaps if the crank hadn’t thought it through. “I’m here yes, but I’m keeping quiet.”

Several of the half-dozen conversations he has with those he encounters across Ireland – often with people playing themselves – have this same thread of amused bafflement on both sides, as if the project can’t help but make them thoughtful. But much more of the film is people-free: hills, moors, scarps, rivers, woods, sky, great Atlantic breakers, deserted buildings seen from afar or from intimately close. And lots and lots of types of birdsong.

John Cage’s most famous piece – the one everyone calls Silence, confusing it with a collection of his essays – is 4’33”, in which the pianist sits still, for the time-length of the title, so that what the audience begins to hear is all the other sounds we choose not to notice, during music and other activities: the sounds that don’t ‘belong’. Composing by chance – making decisions via the I Ching – Cage hoped we’d stop listening to a note as part of an arc of melody or the evolution of a rhythm, free ourselves from the artist’s mere intentions, and hear sound in itself. Given this consonance of titles, Cage is surely the mute elephant in these landscapes.

Much of the film is people-free: hills, moors, scarps, rivers, woods, sky, deserted buildings seen from afar or from intimately close

Hard, though, not to also think of Krapp’s Last Tape, Samuel Beckett’s monologue with tape recorder written for Northern Irish actor Patrick Magee: elderly Krapp cackling at recordings that his younger self had made, for their artistic pretensions, but envying him his choices and the sharp experiences obscured by the overripe poeticism. Silence [the movie] is quite unmalicious, its will to deflation much gentler and unKrapp-like, but still there’s the melancholy of what we didn’t see or hear in the place we first were. Eoghan is drawn more and more to echoes – visual and aural – of his own childhood on a small island of fishing folk. What happened and what didn’t; what was said and what wasn’t; can projects ever truly be seen through?

I’m no expert on Seamus Heaney’s poetry but that seems to be here too, with the verbal richness of its sense of rural touch, its haunted bogs and islands; its persistent but oblique return to the violent buried history of a now semi-emptied land. Heaney’s poem Clearances, in The Haw Lantern – inspired by the death of his mother – ends with the line “Silent, beyond silence listened for”.

And of course there’s the famous final paragraph of Joyce’s short story The Dead: “[The snow] was falling on every part of the dark central plain, on the treeless hills, falling softly upon the Bog of Allen and, farther westward, softly falling into the dark mutinous Shannon waves.” The weather’s wrong, and so’s the route (Eoghan is travelling all over, rather than simply west from Dublin), but the feel is perhaps familiar.

Except – importantly, and against Cage’s precepts – these quickly threaten to become too-grand ghosts, a panoply of Important Irish Voices the Reviewer Knows, conjured into the film’s beckoning absences. “I’m not really collecting stories,” Eoghan tells someone – but stories come anyway, looked for or no. Which is the risk, when you make a work of spaces that want to be filled: you sit down to enjoy 4’33” and someone else’s music blares through a too-thin wall. Do you even have standing – per the work’s rules – to say this is wrong or inappropriate?

Actually, the music here is well chosen and carefully inserted: Rory Gallagher and Sandy Denny on the tape-deck as Eoghan drives; Eoghan himself gently singing an old song in the old style, almost under his breath. He has a good voice for this, somehow unexpectedly: he changes as he first sings from a faintly irritating presence – nervy, needy, unplaced, a cagouled distraction from the hiss of wind through sedge – into a companion whose quizzical stillness we can spend time with, whose unfolding puzzlement of quest we are caught up in.

A film like this has other dangers, perhaps. The first is that nature must now come at us through a scrim of cinematic conventions, which so seamlessly fashion our responses. There’s a refreshing change of pace from most rival titles, even prizewinning ones, and from the busy media chatter around them – so it’s easy to make more of its pleasant, natural-seeming stillness than we quite ought.

Easy, that is, to overlook the sly technologies that stitch together such an illusion, the unspoken downside of the sophistication of our modern cultural apperception. Cinema is wily because of what’s left out: director, camera and sound crew are quieter here even than Eoghan, in every empty room or clearing or col. The deep pull of this film is orchestrated deeply artfully – and yet, in its pared-down way, it’s also scrupulous about reminding us about the technological play at work. Taped music is switched off into plain car-purr; sound jump cuts overtly anticipate their visual scene-changing analogue; very early, still in Berlin, we watch Eoghan working on a sound piece that’s a looped collage of German media voices.

One of his well-met fellows claims to believe that if you stand in one spot long enough, you’ll realise that “all the world is kind of a noise” and that you won’t “find out anything if [you] move somewhere else”. Another argues that the “velvety texture” of silence is made up of all the subliminal sounds coming at you from great distances, folding together into a great hush.

And that this happens with history too: all the bits that don’t get into its known structures – “forgotten, never heard, never expressed themselves” – cancel one another out into a vast voiceless confusion. All the same, everyone Eoghan meets is au fait with cameras, radio, television, the possibility of travel and the approximate modern character of Berlin, or anyway Blackpool: in its close-to-zero-degree way, the film is very funny about all this.

The second danger is the one this review already courts – that of a too-generic, bought-by-the-yard empathy: my faintly pat litany of high-cultural Irishness (and you wonder if the black-and-white archive footage Collins quilts in here and there merely stands in for similar or related scenes of social history, as it so often must in documentaries).

But again, the film seems to rescue itself from the risk: because actually we’re pulled down through the sentimental mid-level parochial to a layer of very particular accents and dialects and birds (I’m not competent to pin them down but assume them to be as varied as Eoghan’s travels), and of old local maps used as establishing shots – those moments of fractal dissolve when a given geographical feature (say a small lake near Skibbereen) fills the screen and any familiarity of coastal outline becomes so large it’s lost to the casual traveller. Zoom further in still and the blistered paint or damp stain on a wall of a deserted house in turn becomes a map, to look at and touch and lose yourself in, child-style.

At beginning and end – though we don’t learn this directly in the film – we hear a reel-to-reel recording, made in the 1960s, of the actor’s mother, children’s writer Nellie Nic Giolla Bhríde, singing The Breeze and I.

And in the November 2012 issue of Sight & Sound 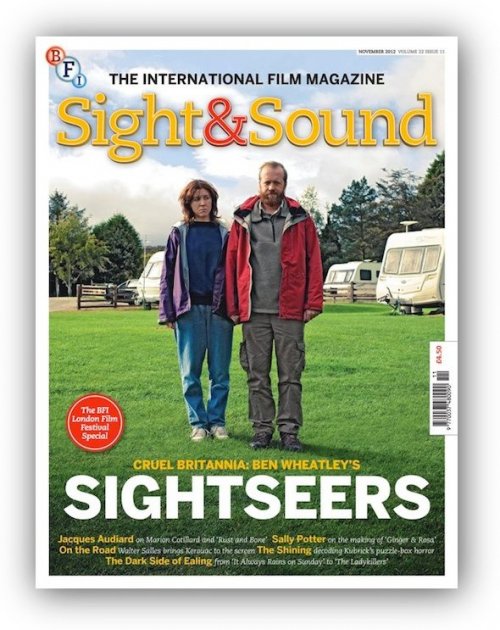 The elusive search for silence and solitude underpins a new film that gently teases out the paradoxes of absence. By Frances Morgan.