Meet the man who links Captain Beefheart, the Red Hot Chili Peppers, Pee-Wee Herman, Only God Forgives and the films of Steven Soderbergh. 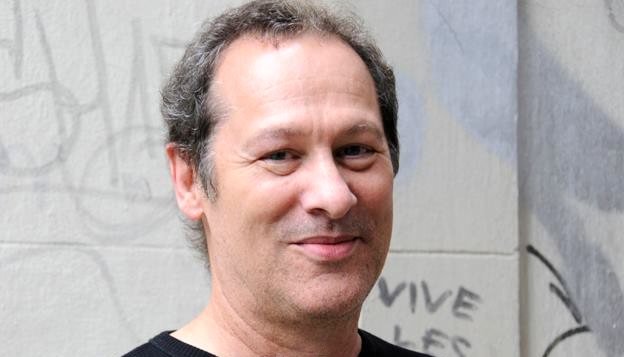 Cliff Martinez is a movie composer with a difference. He is self-taught and comes from a rock background (he played drums for both the Red Hot Chili Peppers and Captain Beefheart). Since his first feature film score, for Steven Soderbergh’s sex, lies and videotape in 1989, he has written music around 30 features, including several collaborations with Soderbergh (most recently 2011’s Contagion).

Alongside his Hollywood credits – Traffic, The Lincoln Lawyer, Arbitrage, Spring Breakers – Martinez has also worked with European directors. He was one of the guests at the recent Neuchatel International Fantastic Film Festival where he spoke in detail about his work with Nicolas Winding Refn and reflected on a career which has taken him from the Los Angeles punk scene of the late 1970s to composing for films of every shape and size. He is currently working on Fred Cavayé’s new action-thriller Mea Culpa.

Can you talk about your collaboration with Nicolas Winding Refn on Only God Forgives?

Martinez: For that particular film, he told me about it as he was writing the script. There was a little bit of discussion of the story outline. After he sent me the script, he went to Thailand with his family and got his daughters into school there. I think Ryan Gosling (the star of the film) was his roommate in the same building. They lived there for six months while he scouted locations, researched and then shot the film. I got a rough cut of the film.

Was this the same process as on Drive?

For Drive, I never saw Nicolas. We met in Los Angeles twice, then he went back to Copenhagen and we communicated via Skype.

It was the same thing this time. He went back to Copenhagen to edit the film and sent me the first assembly.

What did you make of it?

Nicolas said “Well, you didn’t see Drive from the same perspective. You came into Drive five weeks before the final dub and so you saw the finished thing. This is how I work. I don’t shoot exactly what is on the page. If I did, there would be no element of surprise.” I never really got an answer to why all the dialogue evaporated! It became a near-silent movie. 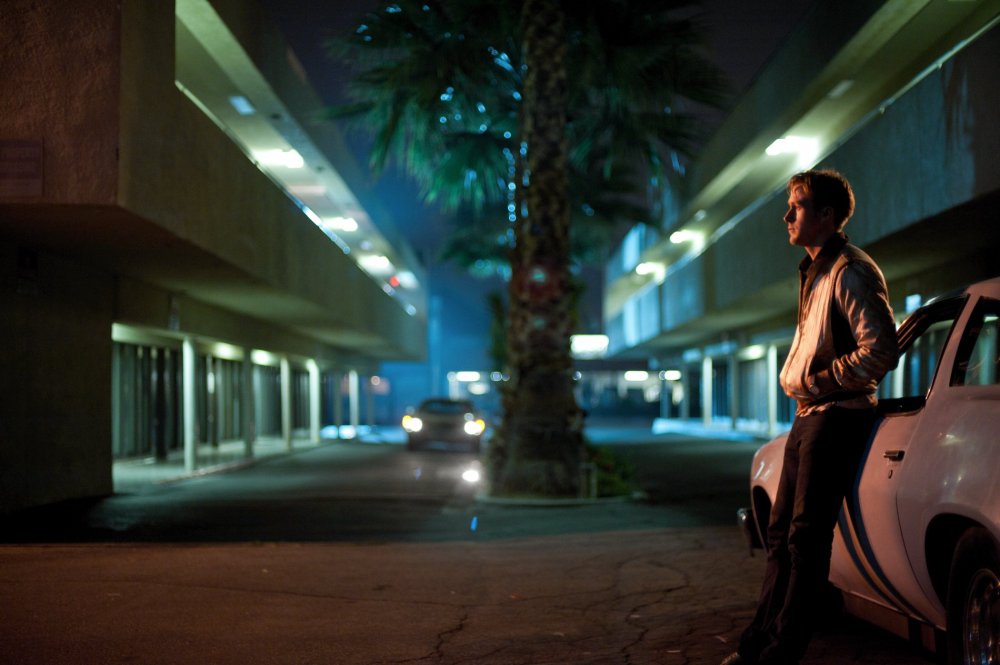 How did you set about writing the music?

I’d been to Thailand several times. I’m always looking for some kind of inspiration, whether it be coffee or new software: something to spark (me in) some direction. I thought that since I’ve been to Thailand, I’d like just to barricade myself into a hotel room there and write the score on my laptop. I wanted to bring the musical culture of Thailand into the score. I thought that would be an important characteristic.

Did you use local instruments?

A couple. I ended up using one which is called the pin, a three string electrified lute. It’s a little bit like a guitar but is a little brighter and shorter. The way that it is played is very idiomatic. I got one of those.

I got another thing called a khene which is a group of bamboo pipes – but it was too irritating even for this film.

Did you research Thai kickboxing?

I’d been to the boxing and looked at the instruments. The music I’ve heard and the boxing I saw, they had three musicians. They had a guy playing a very nasal double-reed instrument and then there was a drummer and the other guy just played like finger cymbals.

They score the fight. The beginning of the fight has a ritual where they are dancing. The dance is musical and lyrical – then it gets very active when they start beating the crap out of each other. I wondered if I should use any of those instruments but it was never my intention to be authentic.

With the dialogue evaporating, did that foreground your music all the more?

Yes. Drive was that. You had one stoic (character) who was non-communicative.

I think we composers love a Mona Lisa character. The music becomes more prominent and important. The audience will look to the music and sound and images to get its cues if [the characters in the film] don’t say anything. There are three stoics in this film who are not emotionally very demonstrative. 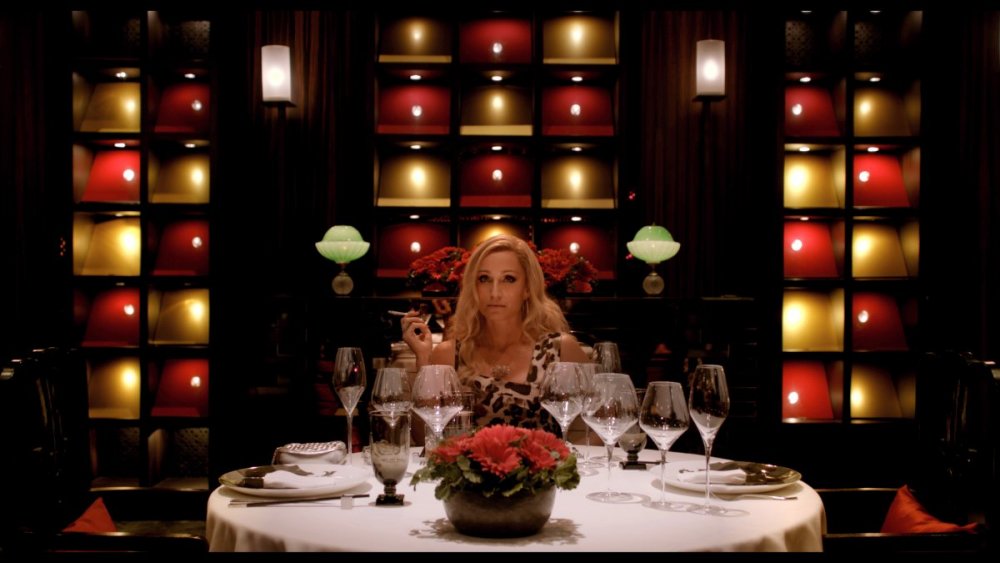 What did you think of Kristin Scott Thomas’s performance as the gangster’s mother?

She kind of stole the show. She is to Only God Forgives what Albert Brooks was to Drive. She’s known for a certain dignified British (persona). It’s an interesting turn for her and the character is just such a foul-mouthed nightmare of a mother… she’s just lovable!

Was there any chance that you might have done Soderbergh’s Liberace film Behind the Candelabra?

I would never say no to Steven but we don’t have a monogamous relationship. I think Marvin Hamlisch was pretty well cast. But had I been asked I would have jumped at it.

Would you have done a minimalist score?

Knowing that Hamlisch ended up scoring it, chances are the ambient, Eno-esque approach wouldn’t have been appropriate. Perhaps that is why I wasn’t offered the job!

Have you ever felt a yearning to a big orchestral, Max Steiner-like movie score?

Ironically, I tried to to do that Only God Forgives. When Nicolas sent me the first cut of the film, he and Matt Newman, his editor, had edited it to some music. What was in there predominantly was Bernard Herrmann’s 1951 score to The Day The Earth Stood Still. I didn’t think it worked perfectly. There was something about the theremin and the sci-fi thing that was otherworldly yes but not quite [right]. 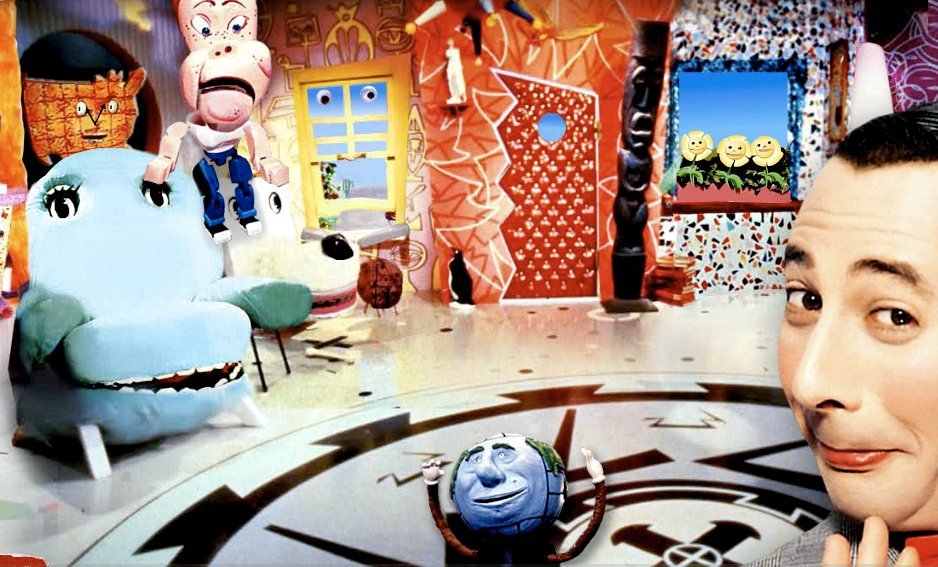 You came to Soderbergh’s attention through your work on Pee-Wee’s Playhouse.

The director of the first season of Pee-Wee‘s Playhouse was Stephen R. Johnson, who had directed some great rock videos (like Peter Gabriel’s Sledgehammer). He was a friend of the band I was in (the Red Hot Chilli Peppers). So I knew him.

Once I started dabbling in electronic, computer-generated music, I knew the Chilli Peppers was not an outlet for that stuff. I was just channel surfing one day and came across Pee-Wee’s Playhouse. I thought, I can do that! I called Stephen up and my first job was scoring one episode. That was when I really caught the bug and got excited about writing music to picture.

I’d seen the whole first season of Pee-Wee’s Playhouse and really liked the show. It was psychedelic, offbeat and kind of a double-edged sword. It was supposed to be for kids but it had a lot of adult jokes.

The music was pretty nutty and very adventurous. When they sent me my episode, it was without the sound and music. I thought, Oh my god, they’ve just sent me the worst Pee-Wee episode in history; what am I going to do?As I started writing the music, I felt like the music was pulling the whole show together. I got a big head about it. I thought, “Oh, I just saved the show” and that was when I realised the power of picture and music together. I realised how much influence music had.

Most people never see a movie without a score. It’s hard to appreciate what music does for images until you see it without. When I did that, I was addicted to the whole process.

So Soderbergh saw the Pee-Wee episode?

No. I had a cassette of similar music and the Pee-Wee music. I was walking around with this. It was my demo reel. I gave it to a friend of mine who did post-production sound. He played it for his boss who asked me to come in and do some work for a film called Alien Nation. I think Jerry Goldsmith was the composer. They’d asked my friend Mark to come up with some music the aliens would listen to.

Mark’s roommate at the time happened to be Steven Soderbergh. He brought him in one day and introduced us. Steven sat down and instantly started making comments about how the music fit with the picture. He was very sharp. I thought, Who is this guy? He’s not a musician but he has great instincts.

I think that day he said, “I’m working on my first film and I would like you to compose the music if you are interested.” Then later he said something about having hired me because I was the only composer he knew!

So you wrote the music for sex, lies and videotape?

Yes. Steven said “What you are doing (with Pee-Wee and Alien Nation) was prefect for my film.” The remark puzzled me. I called him and said, “The film is really good but the Pee-Wee music doesn’t seem to fit.” He said, “Oh yeah, we’ll do something different.”

You’ve worked many times with Soderbergh.

Most directors who hire you for the first time [do so] because they’ve heard something that they liked. They want you to do a variation on Traffic or Solaris.

The people I’ve worked with more than once, like Steven and Nicolas Refn, want you to do something you’ve never done before. Artistically, you always want to stretch, develop and do something fresh and new and challenging.

On Steven’s third film, King of the Hill, as temp music, reference music, he put in a lot of John Williams. I thought, why would he hire me? He knows that’s not my vocabulary, not my style. But he does know that in my effort to knock off John Williams, I will probably come up with some interesting alternative – my own convoluted take on John Williams. Steven does some real smart things in that way.

As an artist with a strong personal vision, how easy is it to accept notes from directors?

Trying to curb your arrogance is always a good challenge when you feel you’re right. You need to know when to speak up and when to shut up.

The only skill I took with me from the world of rock ’n’ roll drumming to the world of film composing is that you’re an accompanist. Nobody wants to hear a drum solo: you’re there to support somebody else and make them look good. You make the singer look good. Nobody gives a shit what you are doing and your job is to make everybody else sound good.

So it is with writing film music. There are many layers to the cake. Maybe dialogue and images is on the top and music and sound effects is somewhere down the hierarchy. You have to understand that.

I learned that from Soderbergh. He never wants the music to make a big deal of itself, talk down to the audience or spoon-feed them their reactions.