Film of the week: Side Effects

Too slippery for its own good, this medical/corporate/sometime-erotic thriller is not the film with which Steven Soderbergh should hang up his boots. 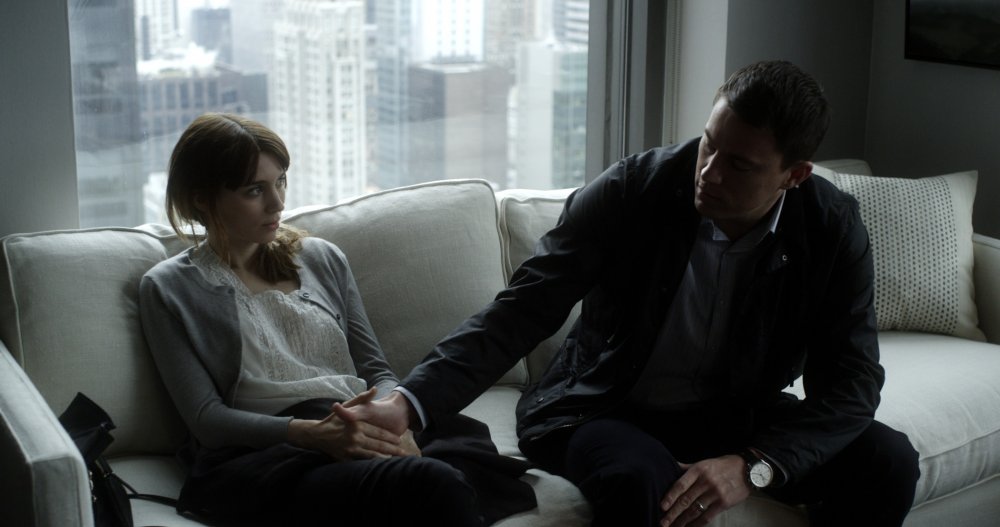 The end of a chapter or the end of the story? Steven Soderbergh has made no bones about the fact that this twisty thriller is his last theatrical feature. Still to come is his Liberace cable movie Behind the Candelabra, and then, having reached his 50th birthday in January of this year, he will apparently be seeking other creative outlets. Since he’s turned out what more or less amounts to a film a year since sex, lies, and videotape made him the toast of Cannes back in 1989, he’s already given us enough movies for several directorial careers – though one effect of reaching this seeming milestone moment now is to throw a piercing spotlight on his supposed final offering. In the circumstances, Soderbergh’s third collaboration with screenwriter Scott Z. Burns looks just a little uncomfortable in the glare.

As the title suggests, Side Effects comes on like it’s spoiling for a fight with the pharmaceuticals industry. After an ominous opening pan across a relatively swish apartment building, the camera moves inside to reveal blood on the kitchen floor. Cue explanatory flashback, and we meet Rooney Mara’s edgy, wide-eyed Emily, a troubled spouse whose anxiety may stem from her husband’s imminent release from jail after serving time for insider dealing. Or it might possibly flag up ongoing issues with depression, which could yet drag her to deeper and darker places.

The hubby (Channing Tatum, playing a hedge-fund variation on Magic Mike) is kindly and concerned, but his career ambitions have a place for a trophy wife which Emily, in her current state, may not be able to fill. The upshot is a head-on smash into a car-park wall that looks positively suicidal, and leads Emily into the orbit of Jude Law’s hospital psychologist Dr Jonathan Banks. He happens to have a private practice, and has signed up as a paid consultant to conduct patient trials on a new-to-market SSRI named Ablixa. That’s a ‘selective serotonin reuptake inhibitor’, by the way, a form of medication to control the chemical imbalances which otherwise allow depressive impulses to get the better of those so afflicted.

It’s not hard to draw a line from the drug’s prescription to even more erratic behaviour to the aforementioned body oozing life on the kitchen floor, yet the anti-corporate cautionary tale taking shape in the early reels proves far from the end of the matter, since Soderbergh and Burns evidently have a bit of genre-morphing on their minds. Mara’s glazed expression certainly sells us a nightmare thriller scenario predicated on female vulnerability, but just when the film seems to have settled into that particular rubric, it sidesteps into a different bad-dream scenario as Dr Banks – who previously seemed the acme of moral flexibility – now takes centre stage in a wronged-man procedural. As the movie begins to shift course, we initially read him as someone hoist by his own rather sleek petard, but there may yet be something in his crackpot theories deconstructing everything we’ve just seen – or think we’ve just seen. It’s not giving too much away to mention the archetypal narrative bait-and-switch at this point, since that’s not the end of it either, which is where Side Effects starts getting slippery to a fault, and seriously problematic with it. 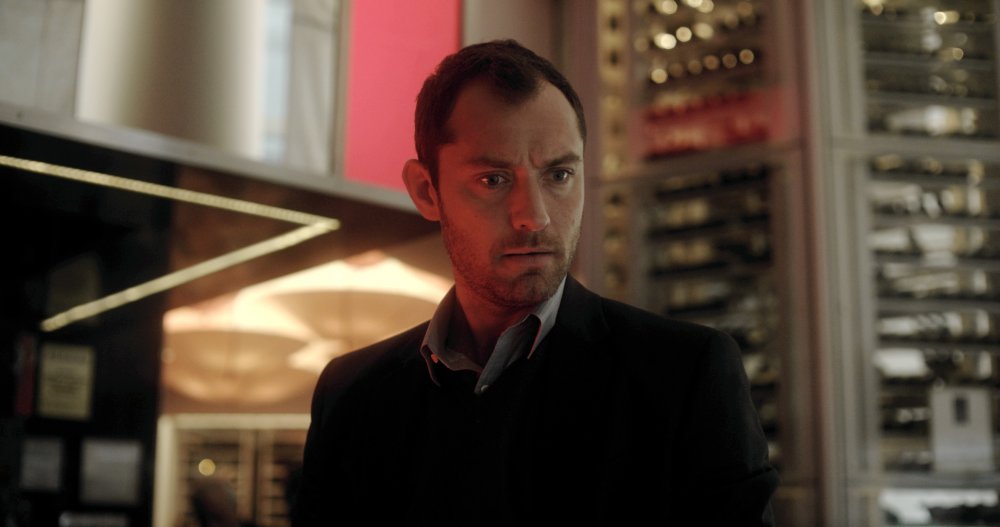 Compare this to Soderbergh and Burns’s previous collaboration The Informant! (2009), which also comes on like some corporate exposé only to peel the layers off Matt Damon’s dangerously unreliable protagonist, a courageous whistleblower whose fragmented personality gives him no qualms about embezzling millions from his nefarious blue-chip employers. His psychological caprices prove, in the end, beyond anyone’s comprehension, least of all his own, but it’s precisely because of this that he’s fitted as such an awkward cog in the billion-dollar machine, thus giving the film an overriding purpose beyond its dizzying industrial-espionage chicanery. What’s more, Soderbergh conjures up a formal pattern to match, a seemingly inconsequential trivia-saturated first-person narration and the peppy counterblasts of Marvin Hamlisch’s nutty lounge-muzak score staking out a weirdly unsettling jollity which finally makes sense when the full extent of Damon’s activities becomes clear.

In the case of Side Effects, that sense of purpose doesn’t quite stack up. The story gathers itself to suggest that our facility for intuiting motivation by analysing patterns of human behaviour only leaves us open to manipulation by those who can fake the right moves – the resonances for the moviemaker’s craft being obvious – but such notions are rather undercut by the tricksy mechanics proving just a bit too insistent and exposed to sustain credibility. The narrative pirouettes are cheekily disarming but ultimately they don’t really go anywhere – even if Mara’s Edith Scob blankness is a wonder to behold and Jude Law’s reinvention as a useful character actor continues apace with his adept line in ersatz sincerity.

Moreover, Soderbergh himself also seems to have reverted to default formal mode, once more serving as cameraman (credited to ‘Peter Andrews’) and editor (‘Mary Ann Bernard’) and moving things along with the characteristically confident efficiency seen in 2011’s Contagion and Haywire. The colour palette boasts warm yet somehow synthetic amber interiors, contrasting with cooler blue tones when glacial distancing is required. Depth and space within the frame explore the emotive connotations of individuals in familiar or unfamiliar spaces, while disorienting surprises in the return angles during shot/countershot conversations, and a repeated trick of holding just a little too long on certain architectural features (walls, revolving doors), deliver frissons of unease as and when required. It’s masterly stuff, of course, yet there’s just not that extra gear Soderbergh found in The Informant!, which surely ranks alongside the looser, performance-driven cuddliness of Magic Mike (2012) as the most all-round successful of his recent assignments.

One can see how the sleight of hand in Burns’s script might have tempted Soderbergh towards a contemporary spin on familiar Hitchcockian moves (complete with pharmaceutical macguffin), and perhaps at this stage, having visited most parts of the generic spectrum and traversed the gamut from indie quirkery to mainstream gloss, that was one of the few challenges still left to him. Yet in applying himself to the task of a story whose centre of gravity proves elusive, some of the same issues that cropped up in the restless ensemble approach of Contagion come to the fore again. The craft is impeccable, yet these carefully modulated frames never quite add up to a through-line of emotional empathy. A certain niggling distance remains, and it leaves us wondering whether Soderbergh’s self-declared retirement, were it to prove thankfully temporary, might yet give him time to reflect on squaring the circle, to ponder how he can exercise his own controlling formal rigour in a way that doesn’t stifle the human element on screen but brings it out even more. Here’s to the next time, since Side Effects is surely not how he should, or will, be remembered.