Film of the week: Holy Motors

Leos Carax’s portmanteau of cinema-swansong sketches is nearly as marvellous as it is mercurial, finds Ginette Vincendeau. 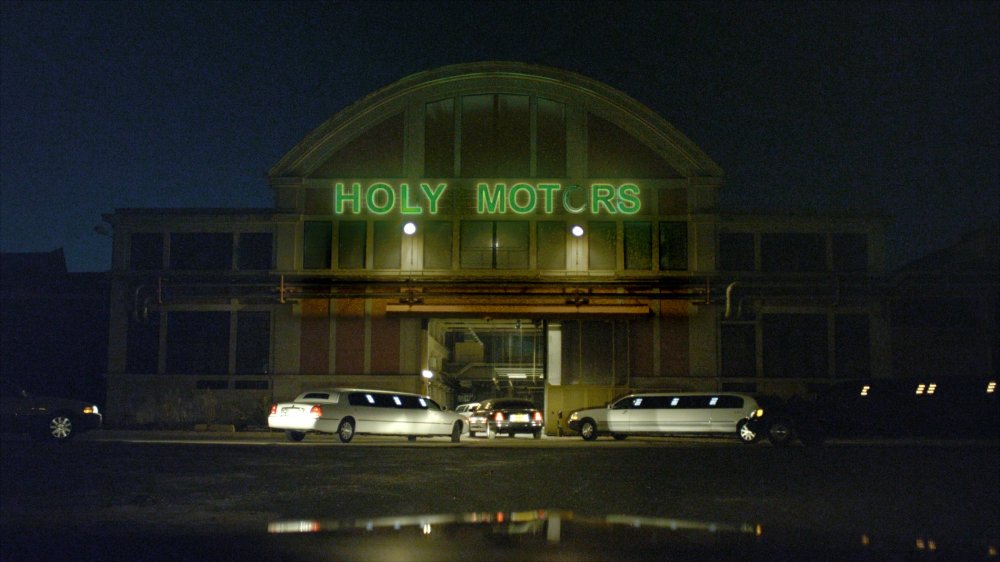 Cinema is dead (or dying) but all is cinema. This contradictory, Godardian discourse animates Leos Carax’s Holy Motors, the director’s long-awaited fifth feature, his first since Pola X in 1999. It is expressed in, among other things, the use of digital cameras, despised by Carax as “computers, not cameras” but which made the project financially possible.

From the opening sequence featuring Etienne-Jules Marey’s pre-cinematic experiments (deconstructing the movements of a walking man) to the finale in which the actress Edith Scob is – none too subtly – made to wear a mask referencing her part in Georges Franju’s Eyes without a Face (1960), Carax’s film is a cornucopia of references. This is a movie that begins in a cinema, with a man, played by the director, looking through a keyhole. Citations range from canonical art cinema (Franju, Demy, Cocteau, Buñuel and the Villa Poiret, designed by 1920s avant-garde architect Mallet-Stevens, whose work is seen in Marcel L’Herbier films such as L’Inhumaine) to Hollywood blockbusters such as Cars and Godzilla.

Carax also alludes to his own films, in particular Mauvais Sang (1986), with the brief appearance of an almost unrecognisable Michel Piccoli, and Les Amants du Pont-Neuf (1991), in a scene in the disused department store La Samaritaine which faces the bridge. Last but not least there is Denis Lavant, leading actor and acknowledged alter ego in all of Carax’s films except Pola X.

Holy Motors partly emerged out of Carax’s ‘Merde’ (‘Shit’) episode in the anthology film Tokyo! (2008). In both films Lavant wears outrageous makeup – a vitreous glass eye, lanky red hair and beard, long and bent dirty fingernails – and dons a bright green suit to play a grotesque and frightening creature who emerges from the sewers to shock and terrorise people; he growls in an incomprehensible language, voraciously eats flowers and banknotes, licks women’s armpits.

In Holy Motors, however, ‘Monsieur Merde’ is one among several identities adopted by ‘Monsieur Oscar’ (Lavant) as he crosses the city in a white stretch limousine driven by the impeccable Céline (Scob). His impersonations range from the naturalistic (a wealthy businessman, a concerned father) to the Grand-Guignolesque (Monsieur Merde) and the virtual, as in the exquisite ‘techno-dance’ performed by Lavant and a young woman, first ‘live’ and then as digital graphics. These mini-shows are explicit; we see Lavant ritualistically applying and unpeeling makeup in the limousine, which is decked out like an actor’s dressing room. Yet they are also utterly opaque. Who and what they’re for remains mysterious. 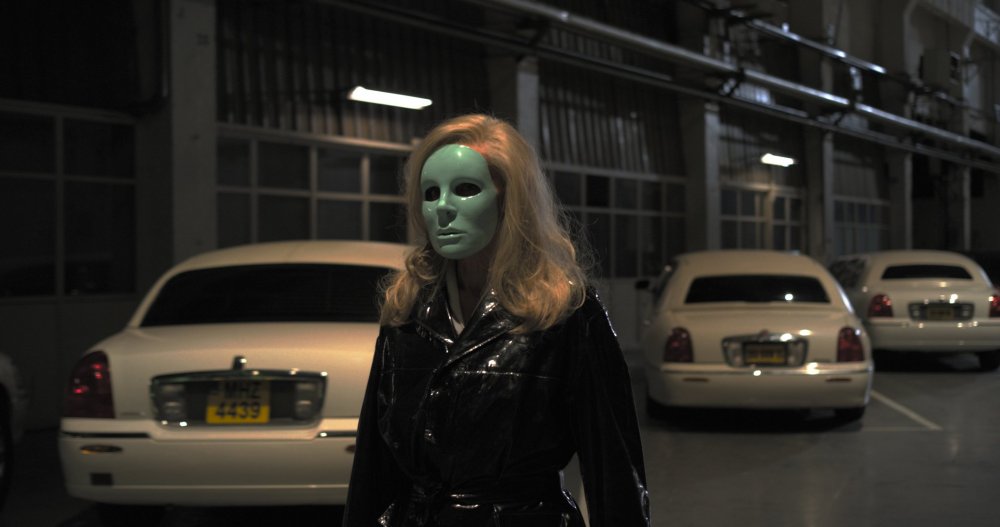 Thematically these incarnations are better understood as parables of dying and resurrection or meditations on artifice and authenticity than as offering a coherent message or narrative. In the best auteur cinema tradition, Carax scorns the notion of narrative yet claims a grandiose project (“Is the film telling a story? No, it is narrating a life. The story of a life? No, the experience of being alive”) and denies authorial intentionality while reinforcing it: “There’s never any initial idea or intention behind a film, but rather a couple of images and feelings that I splice together.”

The privileging of “images and feelings” over storytelling indeed characterises the film. Carax, via Oscar, takes the viewer on a helter-skelter ride of moods, emotions and cinematic genres – eroticism, violence, comedy, melodrama, gothic fantasy, the musical. The result is uneven: some scenes go on too long (Oscar killing his double ‘Theo’, a ‘deathbed’ scene in a palace). Perhaps unsurprisingly given the focus on Oscar, female characterisation is not a strong point, with the film running the gamut of familiar stereotypes: erotic goddess (Eva Mendes), suicidal gamine (Kylie Minogue), suburban housewife played by… a chimpanzee. And do we really need the limos ‘talking’ to each other at the end?

Yet the film makes up for these lapses with dazzling moments. One is a brief transition showing a group of accordion players in a church, the music stunning, the mise-en-scène a dizzying celebration of lyrical cinematography. Another is the encounter between Oscar and Minogue’s Eva, the latter wearing short blonde hair in a clear tribute to Jean Seberg. The scene achieves a rare fusion of cinephilia (citing Demy and Godard), melodramatic affect (Eva’s song and what follows) and social comment – Carax’s situating it in the ghostly art-nouveau space of the empty Samaritaine, littered with broken mannequins, to Parisian viewers at least is evocative of the popular department store’s controversial closure, in which hundreds of employees were made redundant.

Disused buildings, tributes to past genres and filmmakers, impersonations of cult stars – this all speaks of the nostalgia that pervades Holy Motors. Yet this is an innovative film with the power to amaze. Despite the surface similarity to David Cronenberg’s Cosmopolis, both with male heroes crossing a city in a stretch limousine, Carax’s film has none of the latter’s cold ennui. His is a film full of invention and energy, for which some of the credit must go to Lavant. Carax may say, with typical provocation, that this is “not a film about the cinema, nor about actors”, but Lavant’s craggy face, histrionic presence and remarkable range dominate Holy Motors. To the old man in the car (Piccoli) who asks, “Why do you carry on being Oscar?” he replies, “For the beauty of the gesture.” It’s a phrase that goes for the whole film.