In our redesigned, expanded new issue: The Greatest Films of All Time by 846 critics and 358 directors. Plus more pages, sections and columns, and a wider remit – from the business of film to artists’ movies. 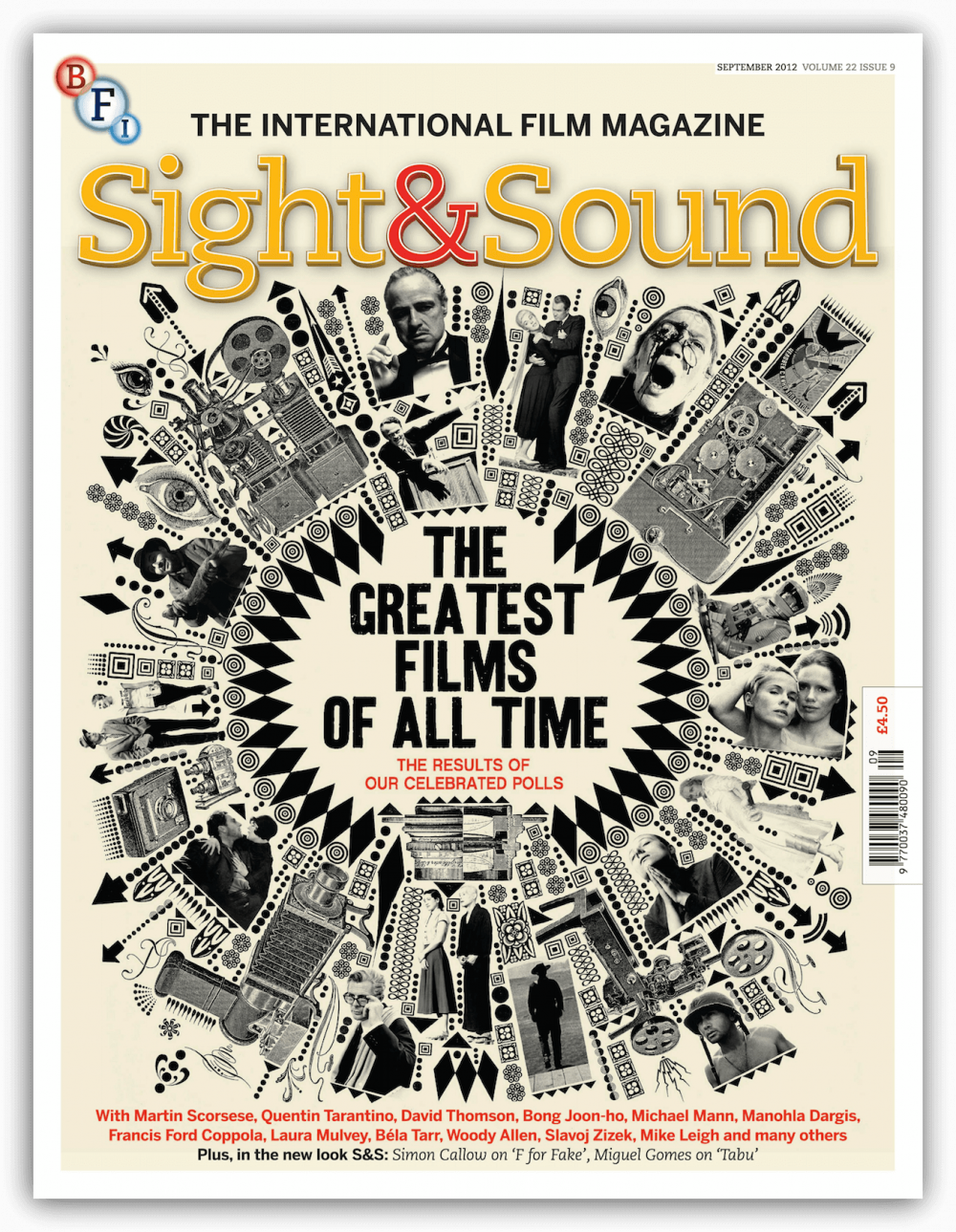 Once a decade we ask critics to select the Greatest Films of All Time. This year 846 of them responded. We unveil the Top 100, plus 100 personal top tens from David Thomson, Camille Paglia, J. Hoberman, Mark Kermode and others…

Tabu moves from modern-day Lisbon to a rapturous evocation of romance in colonial Africa. But no plot description can do justice to the idiosyncratic poetry of director Miguel Gomes. He talks to Mar Diestro-Dópido.

The 1970s have been seen as a period of frustration for Orson Welles. But, says Welles biographer Simon Callow, the same period saw his invention of the essay film with the brilliant F for Fake.

The art of noise

Director Peter Strickland follows his breakthrough Katalin Varga with a bold step into the world of analogue sound and Italian horror, Berberian Sound Studio. He talks to Jason Wood.

PLUS Geoffrey Macnab talks to Toby Jones about his role as a sound engineer.

Hannah McGill on the allure of smoking in the movies.

David Jenkins talks to director David Robert Mitchell about his debut The Myth of the American Sleepover.

Charles Gant explores the troubled production history of On the Road.

Gabe Klinger celebrates the depth and breadth of the FIDMarseille film festival.

Brad Stevens asks if there’s a difference between ‘best’ and ‘favourite’ films.

Henry K. Miller and Hannah McGill go head to head over the relevance of cinematic canons.

Berberian Sound Studio
The Dark Knight Rises
The Imposter
Tabu
and 32 other releases.

Plus 16 DVDs, and books on Night and Fog, the Hollywood sign and post-digital boundaries.