Away from the picture: Mica Levi on her Under the Skin soundtrack

Inspired by her modern classical experiment Chopped and Screwed, it took Jonathan Glazer barely ten seconds to choose Mica Levi as the composer of Under the Skin. 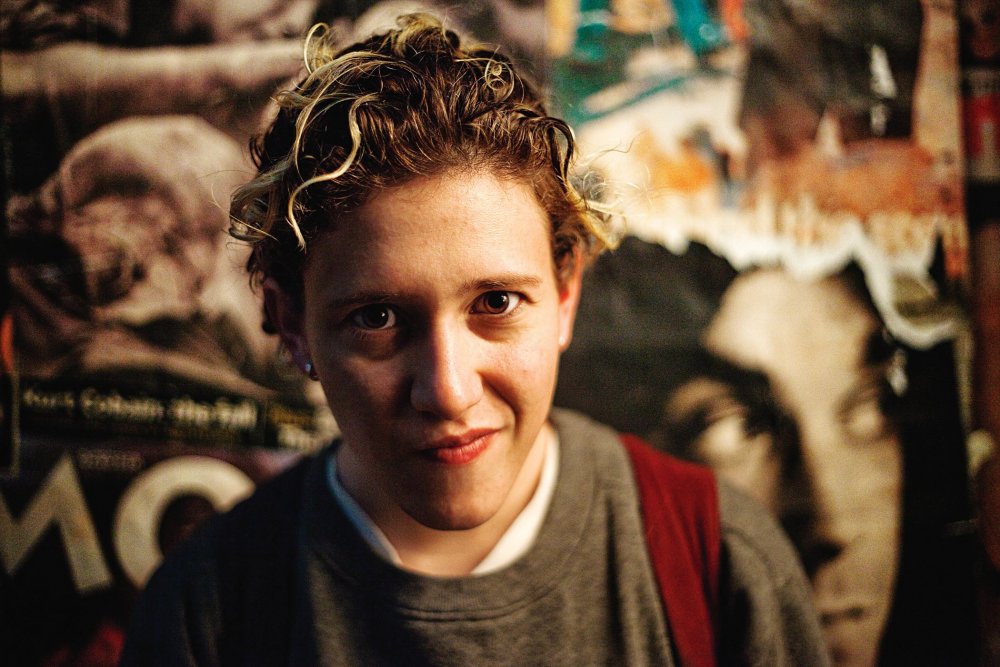 A key element of Under the Skin is its score by young British composer Mica Levi. She’s created an unnerving soundscape that represents a strain of modern composition almost entirely absent in mainstream cinema (a rare recent exception being Martin Scorsese’s Shutter Island, with its use of Penderecki, Schnittke and Cage, echoing the similarly modernist soundtrack of The Shining).

Levi is herself something of an alien interloper in the world of film music. Trained in composition at the Guildhall School of Music, she made her name both DJ-ing and with her group Micachu and the Shapes, their two albums Jewellery and Never mixing the angularity and abrasiveness of late-70s post-punk with an exuberant pop energy. But it was the modern classical experimentation of their Chopped and Screwed, recorded live with the London Sinfonietta, that offers a taster of the radical strangeness of Levi’s film score.

Why do you think Jonathan Glazer was interested in what you could bring to the film?

I think he wanted a novice – someone who didn’t know how to write film scores. He didn’t want the score to manipulate the audience unnecessarily. I was told to write away from the picture at the beginning. It was great working with someone who isn’t talking to you specifically in musical language – Jon is amazing at describing things.

The film has a very precise and complex sound design. How did the music work in tandem with that?

Johnnie Burn [the sound designer] wanted it to be really cohesive and homogeneous, the sound and the music. We were sending updated versions of where we were at all the time and trying to keep each other in the loop, to allow space for each thing. There was one bit that we couldn’t quite get, towards the end, and Johnnie raised one thing in the sound – it was a zip – and it made such a difference to the drama of the shot. I couldn’t believe it.

You make very material use of the sound of instruments – for example, you really highlight the scrape of the strings.

That’s definitely true. A lot of it’s microtonal – and I like that, it sounds like unison. It sounds more uncontrolled because it sounds like a lot of people playing, instead of just one. Instead of the 12 tones we’re used to, it’s wavering in between them, and [using] the clashes that they create – which can sound out of tune, but can be more expressive because it’s not precise and accurate. To me it sounds comforting. It’s meant to sound uncomfortable, but I find something quite human about it.

There’s a very striking three-note theme that recurs. At the start it sounds sexual and slinky, like a film noir femme fatale theme – but by the end, it’s decaying and suggests the character’s inner torment.

She uses that theme – it’s her tool. At the beginning, it’s like fake – it’s her perfume, it’s the way she reels in these guys with a tune. Then it deteriorates, it becomes sadder. We called it the ‘capture’ melody. Then there’s this major triad, a warm chord, and that’s her ‘human’ or ‘love’ feeling. And there’s this darker minor triad of trilled strings that recurs throughout.

There’s also a strange ‘beehive’ effect – a buzzing that suggests a hive mind. Hearing it, you make that science-fiction connection – you think about what world she’s from.

Yeah, that’s exactly it. We were talking about the dark at the beginning, and creation and how that all works – and this alien language.

You seem to use quite a restricted palette. How many musicians were there?

It was written electronically, so it was easy to see what the sound world would be like. It uses a lot of MIDI strings, fake sounds. I like the ‘foreverness’ of it – you can hold this chord and it goes on until you lift your hand. It’s something eternal and programmed. It’s a mixture of that and real strings, flute and percussion. I worked with maybe 12 musicians. If I was to perform it, I’d probably double the amount of strings – and I’d probably have synth playing alongside it.

How does the score relate to your training in composition?

A lot of the things in this film relate to watching Disney films when I was young. I had a phase of writing fake Romantic music just before doing this… [Studying composition] I was exposed to a lot of 70s music – Xenakis, Stockhausen, then Cage, Nono, Ligeti, Varèse…

Do you admire any film composers?

I often find film scores a bit pandering – they sound like a film score. But I watched James Bond while I was working on the film and I couldn’t get my head out of what the music was doing. 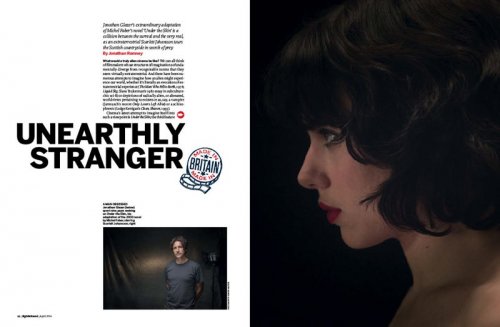 Jonathan Glazer’s extraordinary adaptation of Michel Faber’s novel Under the Skin is a collision between the surreal and the very real, as an extraterrestrial Scarlett Johansson tours the Scottish countryside in search of prey. By Jonathan Romney.

Related to Away from the picture: Mica Levi on her Under the Skin soundtrack