Shane Carruth, American cinema’s most sophisticated mad scientist and the wunderkind behind the landmark headscratcher Primer, returns with another slice of breathtaking inscrutability.

A drifting ether of Sartrean nausée coming at us in the near-free-associative form of an anxious barbiturate swoon, Shane Carruth’s new film is not quite like any other – though whether that means to you that it represents a momentary audience-weirding aberration in cinema’s 21st-century evolution or a sign of challenging things to come may depend on your own subcutaneous stores of cynicism and your sense of the medium requiring an overhaul.

For daring to carve out its own territory on the frontier, and for insisting on the concreteness of its own symbological inventions, Carruth’s may be the American arthouse film of the year – if in fact one could say with any certainty what it exactly is. Perhaps we could characterise it as experimental – not in the familiar sense of an avant-gardist work but literally an experiment seeking answers, exploring the possible future of narrative film. The prospect of such an elusive chimera appearing on screens in 2013 should be cause enough for joyful rioting.

Carruth’s formal assault is all lacunal editing, intimate close-ups, suggestive dialectics; we see in gorgeous fragments, like an aggregate of incidents glimpsed while passing in and out of consciousness. The movie begins with plants, the discovery of nematodes in the soil, teens getting high, a mysterious man stalking strangers in public places. The sense of mystery is compelling, and familiar from Carruth’s first film Primer (2004), a landmark head-scratch masterpiece that utilised the conundrums of time travel to twist our attention into knots.

Upstream has no such convenient sci-fi crutch; its surface story, once you unravel it, is pure metaphor, bizarrely taken on face value and bottomlessly subtextual. The mysterious man (called ‘the Thief’ in the credits) uses the nematode as a brainwashing agent and soon enough Tasers a woman, Kris (Amy Seimetz) and forces the bug down her throat. She is thereafter hypnotised, selfless and receptive to controlling suggestion, leaving the Thief to hole her up in her apartment performing rote activities as he systematically strips her of money and assets. (The sexual uses she may be put to are left implied.) Eventually abandoned, she wakes in a wrecked flat to find worms under her skin, her internal organs scarred beyond repair and her material life stolen from her.

Then things get strange. Kris is saved from her infection via a blood transfusion from a piglet, managed by a sound recordist/pig farmer (‘the Sampler’), who has astral-projective powers (or is he a deity?) and whose farm, we eventually learn, is something like the nexus of the odd pharma-entomological dynamic we’ve tasted. This is in fact a cycle, both natural and toxic, in which the Sampler and the Thief are involved, though they never meet, and in which the Sampler’s role seems at various times beneficent or creepily menacing. For reasons we can only creatively guess at, Thoreau’s Walden, read and transcribed and memorised, is an integral factor in this organic scheme.

Before all of that becomes apparent, however, Kris is pursued romantically by Jeff (Carruth), a rather shady man who seems to have been through something similar to Kris’s traumatising ordeal and so may be responding to that same wound in her. Together they attempt to commit to a relationship of sorts, retaining a metaphysical bond with the pigs, while the predatory blue-secretional-nematode cycle seeks to restore itself through the water table…

That may not resemble the film you yourself see, of course. No film may be quite as contingent on cryptic intimation as Carruth’s, and certainly no film since Eisenstein’s October has relied so categorically on associative editing. You sense that a thoroughgoing metaphysics lies just behind the secretive passage of impressions – which is where, you equally sense, it should remain. Clearly, the film is intended as a tactile experience of poetic ideas, of modern disconnection and biophysical insecurity and existential doubt, and the clarity of these anxieties is bruising and stunning.

It doesn’t hurt that the film is impeccably performed and shot, full of lyrical ellipses that dash Terrence Malick’s vague flowers-in-the-sun aestheticism in a shot. If it had been a French novel published in 1961, its author would have been proclaimed a master of the modern age.

As it is – and to perhaps cut the overhype – we should say that it’s also a tiny, vaporous thing, a throb of feeling attached to sometimes ridiculous iconography, and the demands it puts on all but the most ambitious viewer may be overwhelming. Carruth is well aware; he not only crafted every aspect of Upstream Color himself, including the haunting ambient score, but he’s also self-distributing it in the US – a task, given the film, that he’d probably planned on from the beginning. An ex-engineer and autodidact, he is dedicated to deep-dish philosophical and experiential ambiguity in a way that doesn’t play, as Horatio Alger used to say, in Peoria, making him a unique figure in American film, its most sophisticated mad scientist.

For too many, Upstream Color will simply be that wispy, angsty, impenetrable film with the pigs and the blue flowers; but if you’ve done no more than feel the burn of the characters’ injured quests for wholeness, you’ve been where Carruth meant to send you. 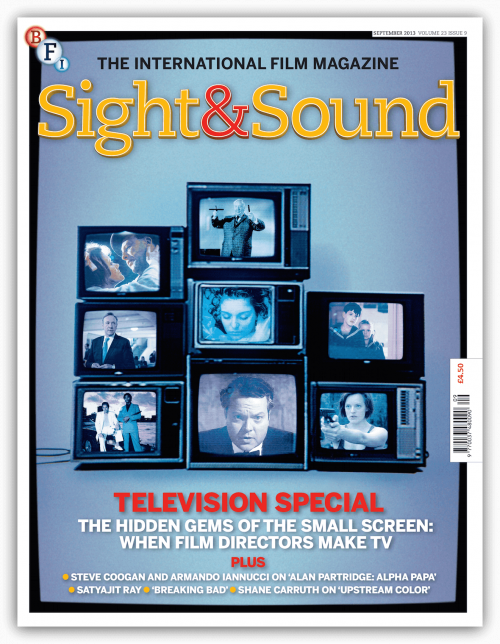