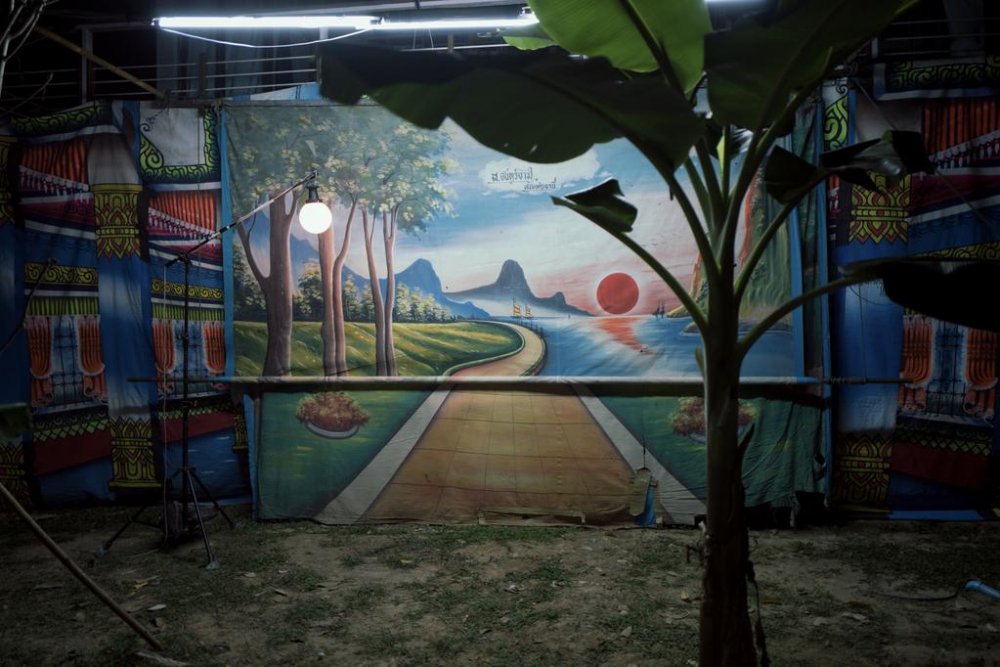 Apichatpong Weerasethakul’s Blue: ‘a means for practical resistance in a world on the brink of combustion’

Following a couple of transitional years that at times seemed to threatened the very integrity of the programme, the Toronto International Film Festival’s celebrated Wavelengths sidebar – comprising short, medium and feature-length works of an experimental or difficult-to-classify nature – returned in 2018 with one of its strongest selections in recent memory.

Particularly inspired in its curatorial scope was the Wavelengths shorts programme, an annual highlight of the festival’s first weekend now fully established in its new home at TIFF’s flagship Lightbox cinema. Likewise, the feature film selection boasted its share of many of the year’s most impressive and adventurous movies, many of which – whether Mariano Llinás’s La Flor, Ulrich Köhler’s In My Room [reviewed here], Wang Bing’s Dead Souls [reviewed here], Bi Gan’s Long Day’s Journey Into Night [reviewed here] or Jodie Mack’s The Grand Bizarre – you’ve no doubt read about, and all of which are more than worthy of the critical hosannas bestowed upon them.

A sense of both comfort and discovery prevailed amongst the shorts, with a deft balance struck by lead curator Andréa Picard between the familiar and the unknown, the vintage and the vanguard. The work of Apichatpong Weerasethakul encapsulates many of these qualities. Blue, the Thai master’s latest, is amongst his best in the short form. Featuring the director’s frequent star Jenjira Pongpas Widner, it’s a quietly effective and evocative experiment in perspective. 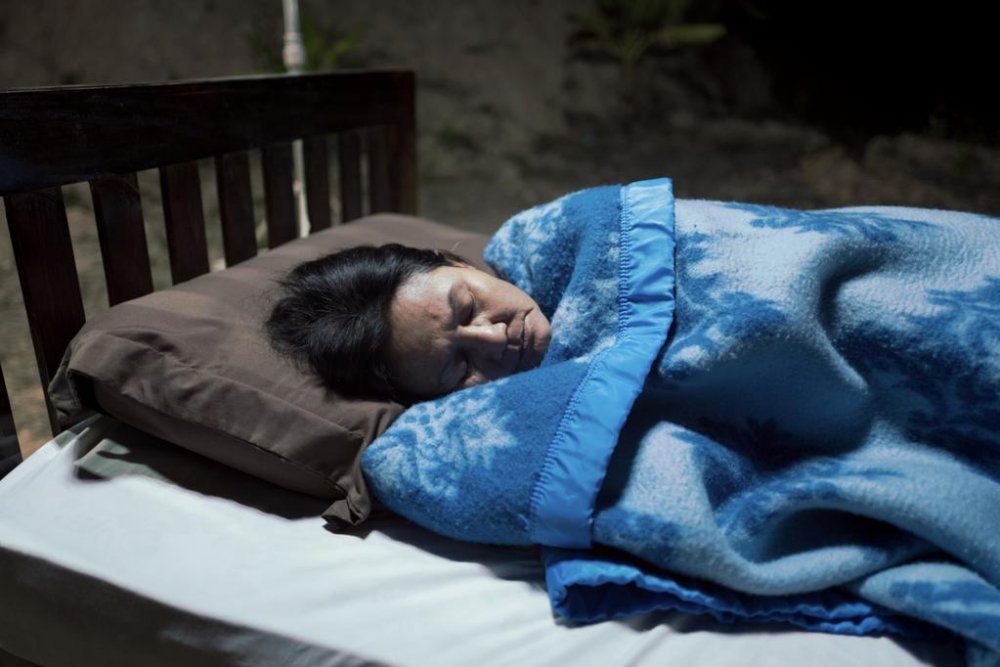 Against a backdrop of hand-painted landscape scrolls, Widner lies in bed in a darkened room as the pastel scenery shifts from a lakeside path to a courtyard clearing and back again. Then, suddenly, a spark emerges from the bedding, appearing to burn forth with increasing intensity from Widner’s chest. Casually, and with a slight shift in camera angle, Apichatpong slowly reveals how he’s conjured the flames: through a pane of glass and an offscreen campfire, which he multiplies around the studio space through a variety of carefully coordinated reflections. With tremendous force, Apichatpong’s images spark a number of connotations related to cultural memory, spiritual renewal and states of oneiric bliss – themes and ideas familiar to much of his narrative work. There’s an unmistakably melancholy current coursing beneath Blue’s reflexive surface, an undertow of sociopolitical fury that, in lieu of being properly extinguished, is instead employed as a means for practical resistance in a world on the brink of combustion.

Blue was one of a number of highlights from the expertly assembled opening shorts programme, which worked to bridge the earthbound and the cosmic through a variety of modes and formal devices. Within these coordinates Kevin Jerome Everson’s transfixing Polly One, featuring rapturously textured 16mm images of the 2017 solar eclipse, could productively share space with Jodie Mack’s Hoarders Without Borders, a fleet visual inventory of mineralogist Mary Johnson’s gem collection. 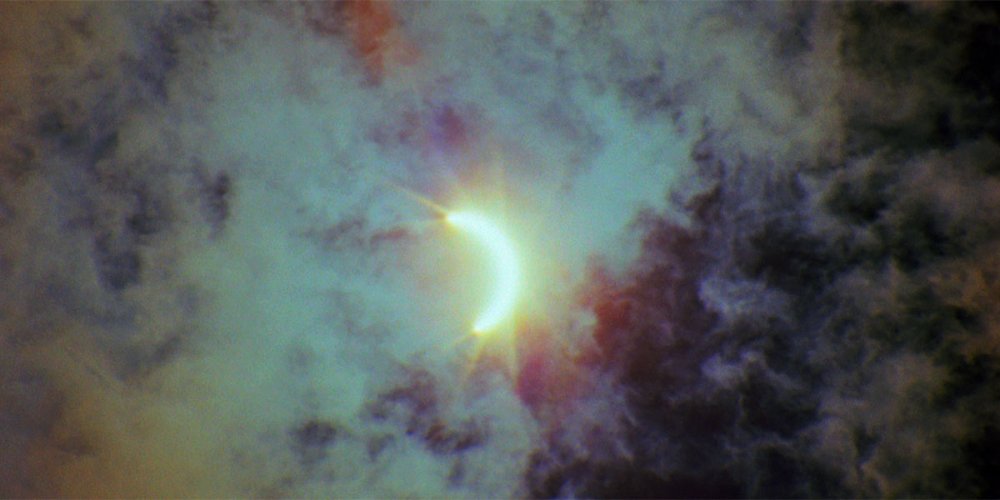 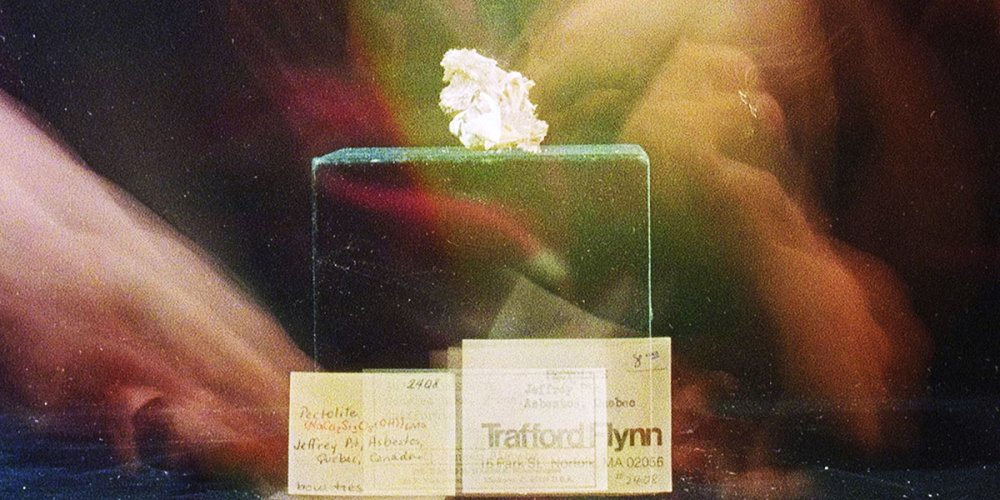 Likewise, two very different landscape films by Sky Hopinka and Malena Szlam proved fascinating counterparts. In Fainting Spells, Hopinka, a Ho-Chunk native, weaves an epistolary correspondence regarding the healing powers of the Indian Pipe Plant through a combination of scrolling calligraphy and scorched earth video footage – while Szlam’s ALTIPLANO exposes panoramic views (the film was shot on 16mm and blown up to wondrous 35mm for theatrical presentation) of the volcanic deserts and salt flats of Northwest Argentina and her native Chile to an array of superimpositions and in-camera editing techniques. Coupled with unsettling infrasound recordings of the surrounding environment, ALTIPLANO conjures a ceaseless succession of patterns from the earth’s natural strata and horizons, layering and juxtaposing locations and light conditions until the sky and hillsides begin to radiate prismatic new hues, turning a structuralist conceit into a temporal slipstream of geologic evolution.

Grounding such cosmic concerns in a more domestic milieu was Laida Lertxundi, whose Words, Planets, a standout in the second evening’s programme, plays like an leisurely transmission from a new mother enraptured by the more metaphysical dimensions of maternity. “And my life from now on is two lives,” reads a closing title card, a rather straightforward declaration for a film structured around the 18th-century Chinese painter Shih-T’ao’s six principles for composition and featuring written and recited texts by Scottish psychiatrist R.D. Laing and American art critic Lucy Lippard.

No matter how coded Lertxundi’s films can occasionally appear, however, her highly tactile 16mm imagery, playfully figural stagings and rich primary colour palette lend a warmth and immediacy to her presentation that seduces the senses as much as it stimulates the mind. With its AM radio-leaning soundtrack and picaresque tour of California’s many desert enclaves (including scenes shot in Devil’s Punch Bowl, Ryan Mountain and the Jurupa Hills), Words, Planets is a diary film that grants the viewer intimate access to the artist at home and at work, and to friends, family and collaborators that together suggest a unique kind of personal cinema driven by the notion that all of these are in fact one and the same.

A personal work of a different kind, Karissa Hahn’s Please step out of the frame. is a one-woman show filmed, performed and assembled by the artist herself in her home office. Shooting on Super-8, Hahn begins the film at her desk, sitting to the very left of the frame with the camera positioned just to her right, the composition simultaneously capturing the back of her head, the outline of her right shoulder and the laptop in front of her.

Please step out of the frame. trailer

On the computer screen, tunneling toward infinity, we see a reverse angle of Hahn’s face in Apple’s iPhoto app, from which still images are then extracted and matted into various backdrops and scenarios, including a POV roller coaster ride culled from YouTube and an Eadweard Muybridge photo collage. The combined effect of the various perspectives, camera setups and cross-pollinated media sources creates a dizzying depth of activity within the frame(s), with Hahn’s digitised image soon stuck in an artificial interface between colliding planes of movement, at once real and manufactured.

Similarly sitting at the nexus of movement, perspective and form, the cinema of Björn Kämmerer takes the nature and volume of the frame itself as its own unique subject of inquiry. The German filmmaker’s latest, the 70mm Arena, which screened in a separate Wavelengths pairing alongside James Benning’s medium-length video L. COHEN, is one of his most deceptively complex experiments to date.

Moving from the studio where he’s produced a majority of his films over the last decade to a different sort of contained environment – in this case a playhouse in the Czech Republic whose theatre stage rotates in a semi-circle – Kämmerer performs but a single right-to-left dolly shot across this brief five-minute film. As the camera pans, appearing to slowly arc opposite the rotating the stage, an uncanny illusion takes shape before the viewer’s eyes: the frame begins to widen, and with it the amount of seats and number of rows begin to accumulate. The scale of the frame thus become an object of fascination equal to that of the flattened rows of deep blue seats, whose structural uniformity belies the odd details and abstractions picked up and heightened by the crisp 70mm photography. Is that an off-colour seat? Are random rows rotating in opposite directions? Arena offers a world of pleasures and possibilities for the naked eye, turning cinema into a spectator sport of uncommon potential. 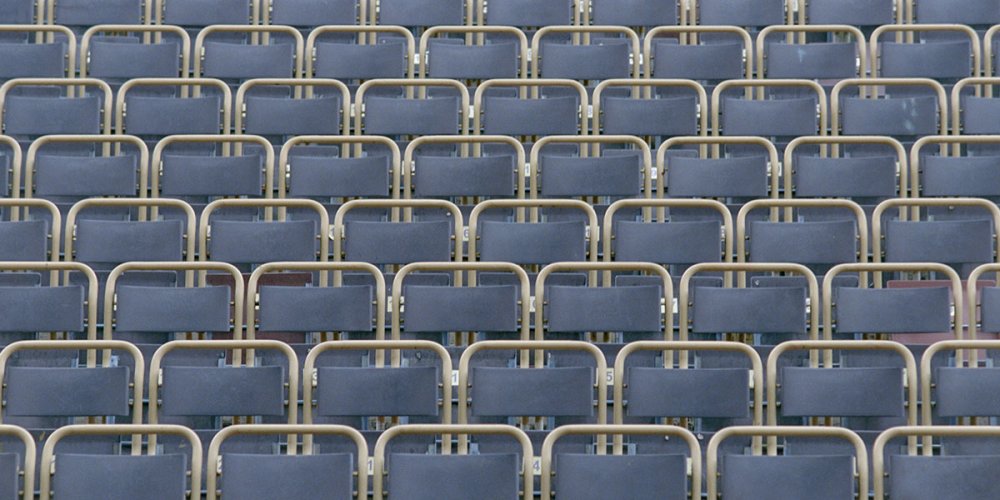 Among the enticements of any given year at Wavelengths are the older films that are often resurrected for the programme. This year brought a number of such titles, including a pair of relatively recent films by artists who were taken from us far too early.

Completed three years after his death by his wife and colleagues, French filmmaker David Dudouit’s Île d’Ouessant presents a resplendent series of single-frame exposures shot on the island of Ushant. Bathed in a seductive shade of blue, Dudouit’s wintry images of bare trees, lighthouses and the surrounding Atlantic ocean simultaneously open up a contemplative space for the viewer to consider the island’s various natural and manmade phenomena and to more fully reflect on the artist behind the camera whose patient and perceptive eye captured such fleeting, fragile beauty. 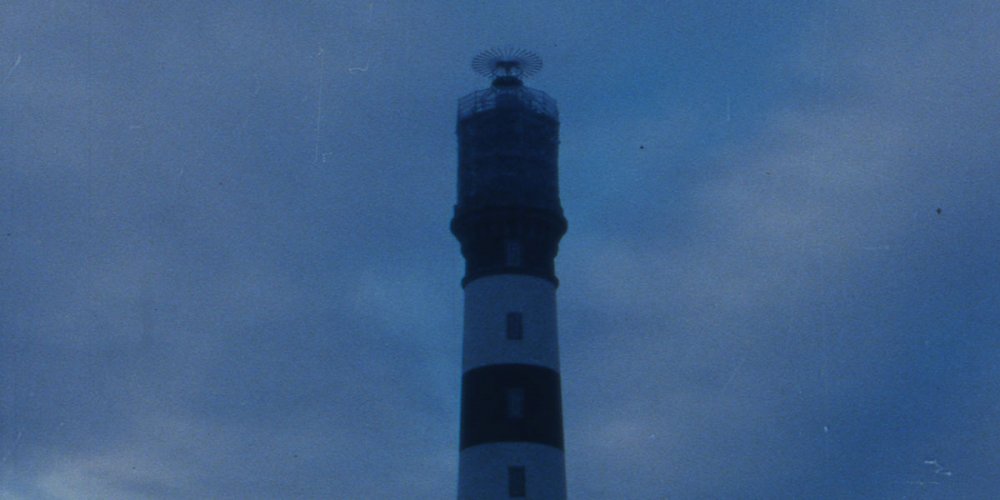 As it was with his posthumously released feature from earlier this year, the four-hour epic An Elephant Sitting Still [reviewed here], it’s impossible not to recall of the fate of Chinese director Hu Bo, who committed suicide in late 2017 at the age of 29, while watching his short narrative film Man in the Well. Made under the tutelage of Hungarian master Béla Tarr (who was on hand at the festival to give a powerful introduction), the black and white film follows two starving children as they slowly dispose of a dead body in the ruins of a remote region of China. Suitably dark, with passages of unexpected visual lyricism, the film is less an addendum than a rich and moving coda to a creative life just beginning to take shape. 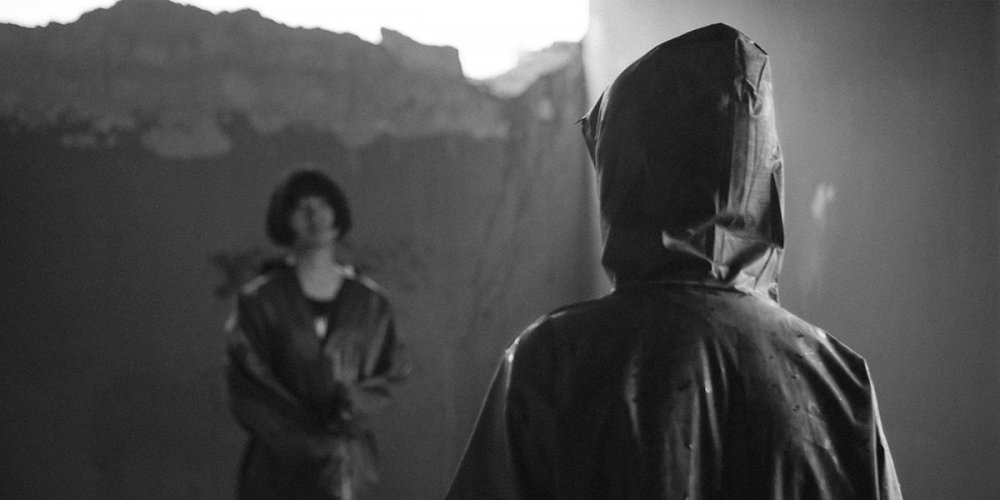 Among the restored and rediscovered titles, Lisa Baumgardner’s Girl Pack, a vivid snapshot of New York circa 1981 featuring six stylish women downing six cheap beers to the tune of one infectious soundtrack, and Toshio Matsumoto’s previously unseen 1986 Summer, stood as two of the programme’s finest offerings.

Most known today for his hallucinatory 1969 feature Funeral Parade of Roses, Matsumoto had an equally distinguished and substantially longer run as an experimental filmmaker. At once rigorous and nimble, the spry, three-minute 1986 Summer overlays images of an unidentified institutional building’s brick exterior with single-frame shots of sun-dappled trees. Nearly hidden within this rapid succession of images are brief glimpses of a woman whose evanescent form seems to fade further and further into the foliage the more one attempts to discern the forest from the trees. 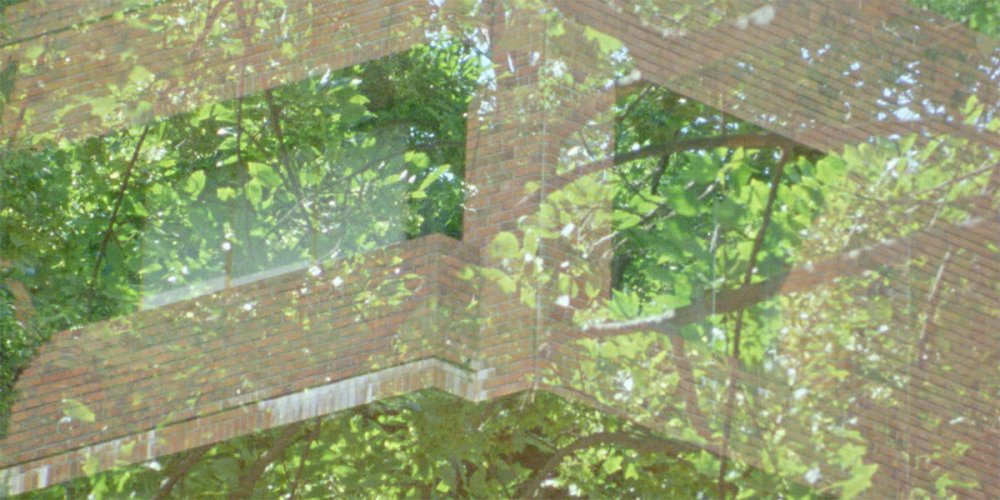 The almost classical form and rhythmic montage of 1986 Summer could be seen in two final Wavelengths highlights: Colophon, by American veteran Nathaniel Dorsky, and A Return, by the British-born James Edmonds.

Dorsky’s latest, a quasi-postscript to his recent seven-film Arboretum Cycle, is a three-part, 16mm work that languidly drifts from the city to the countryside. In the first part, digital signage and glass storefronts reflect an urban environment of bustling activity; through windows and in shadow we watch as people move ghost-like through the frame, their figures skewed by Dorky’s spatially crosshatched, depth-defying compositions. From here, we move to a more familiar idyll of natural wonders: breathtaking visions of flora arising from pitch darkness, as if Dorky’s images are breathing in the atmosphere, followed by evermore serene sequences of trees and sunlight reflecting off placid ponds and algae-covered bodies of water. As in the best of Dorsky’s recent work, each image seems to effortlessly offer up a new way of perceiving and absorbing the world around us. 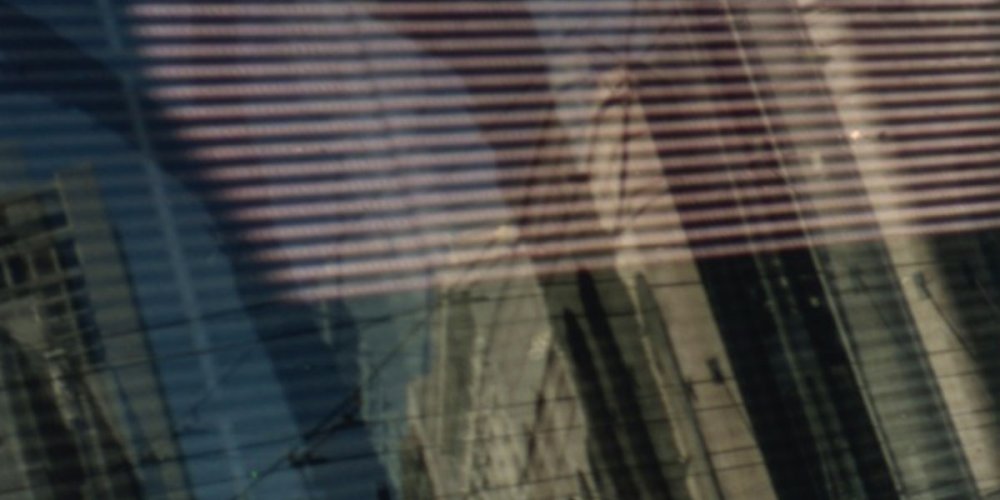 In a manner after Matsumoto and Dorsky, the 35-year-old Edmonds’s quietly astonishing A Return traverses spatial and temporal boundaries with a preternatural command of form. Comprised of two reels of 16mm film shot in Berlin and his hometown in the south of England, the film brings these disparate locales into communion with one another through intuitive juxtapositions – achieved through multiple exposures and gentle superimpositions – that marry the soft light of domestic spaces with muted coastal skies, and intimate scenes of urban and rural life with the grandeur of the natural world.

Accompanying these intoxicating images are sounds – of rushing water, whipping winds and unsettlingly alien sine waves – that the filmmaker captured on location. On evidence of A Return, Edmonds, who’s spent considerable time in recent years working with Robert Beavers (another, even more obvious touchstone), possesses an innate sense of place and a spirit of creative curiosity to match; his quicksilver montage, brisk but never hectic, manages to locate an emotionally resonant space through familiar forms, building upon tradition in fresh and inventive ways. 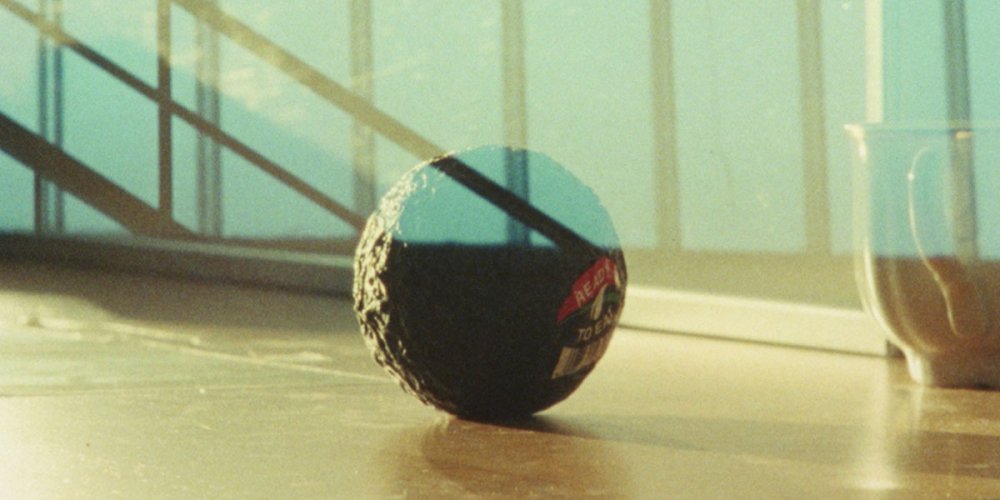