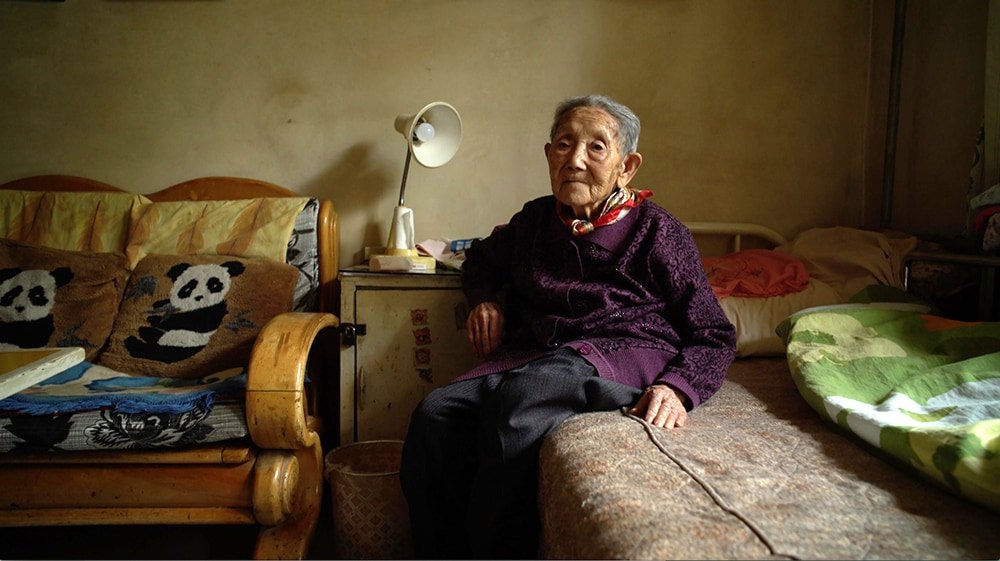 One of the interviewees of Wang Bing’s Dead Souls

The three forced labour camps of Jiabiangou, located on the edges of the Gobi Desert, held prisoners who had been designated as ‘rightists’ during Mao Zedong’s Anti-Rightist Campaign of the late 1950s. Between 1958 and 1961, more than 3,200 people were interned there and only some 500 survived. Starting in 2005, Wang Bing spent over a decade tracking down survivors and collected 120 testimonies, amassing 600 hours of footage that he then edited into the 495-minute Dead Souls. A companion to his earlier films Fengming, a Chinese Memoir (2007) and The Ditch (2010), which also deal with Mao’s persecution of dissidents, the film is a monumental achievement: as a documentary, as a humanist tribute and as an effort at historical rectification.

For the most part composed of interviews, Dead Souls might not have the aesthetic impact of the immersive, Direct Cinema-like documentaries for which Wang is best known, but the profundity he attains through this comparatively conventional approach has all the political and emotional power of his earlier epics. The 15 or so interviews are shown in succession, each up to a half-hour in length. For the first seven hours, Wang lets survivors, sometimes in the company of their wives, recount their experiences; in the final hour he rounds off his portrait, Rashomon-style, through testimonials by a camp guard, a prisoner who died in the camps (in the form of letters he sent to his family during his internment), and another deceased prisoner’s widow.

The accounts are harrowing. Instead of barracks, the majority of the prisoners lived in ditches that they dug in the desert, where temperatures could drop to 40 degrees below zero in the winter. As the famine caused by the Great Leap Forward worsened, starvation spread amongst the men, who suffered from a horrific catalogue of infections and diseases such as dysentery and severe swelling of the limbs. Pushed to the extremes of desperation, they drank their own urine and fed themselves on crushed date palm leaves, causing constipation so acute they had to perform makeshift surgery on each other with disastrous consequences. Eating from the corpses of those who died was not uncommon. Again and again, the survivors speak of losing their humanity. 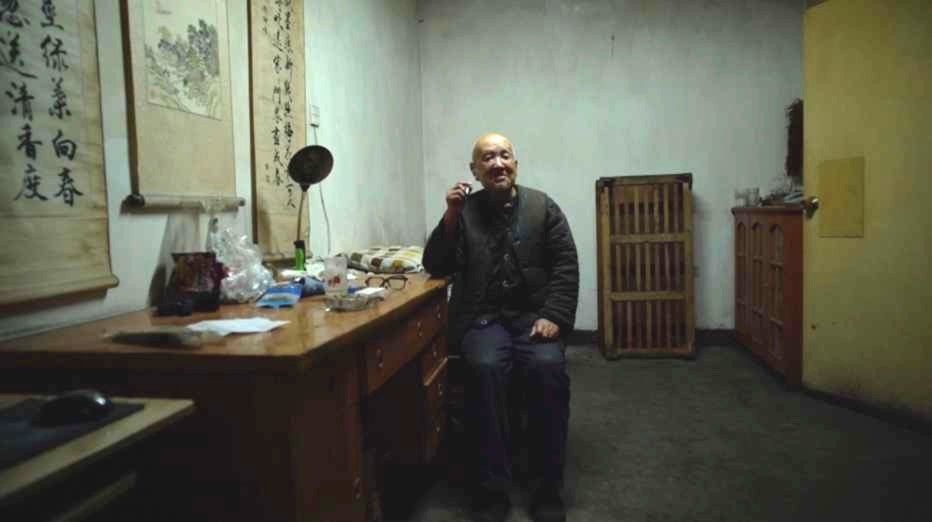 Several instances, especially when the interviewees explain that the only possibility of staying alive was landing a slightly more advantageous job in the camps – most of those who survived worked in the kitchens where they could steal little bits of food – inspire mental comparisons to the Holocaust. In turn, given Dead Souls’ interview format and extended running time, these parallels bring to mind Claude Lanzmann’s Shoah (1985). It would be senseless to draw an equivalence between the atrocities and suffering these two films document, but the contrasts are revealing. One particularly conspicuous difference is the frequency of laughter amongst Wang’s subjects. It is a nervous, mirthless reaction, to be sure, but time and again they punctuate their horrifying testimonies with unsettling bursts of laughter. Tears, on the other hand, are extremely rare.

Unlike the Holocaust, the persecution of political dissidents under Mao has never figured prominently in the nation’s historical discourse; to this day, it remains a taboo subject and the reality disclosed by Dead Souls is unknown to most. Even after being officially rehabilitated in a process that started in 1978, the so-called rightists and their families were still stigmatised. Their trauma was thus a strictly private affair, which might explain the laughter that accompanies what must be one of the very rare occasions in which these men, now in their 70s and 80s, have shared their experiences with the outside world. One of the film’s few non-interview sequences depicts the funeral of a survivor who had previously spoken to Wang from his deathbed. His eldest son delivers a eulogy and when he describes the hardships his father endured, he and his siblings break down in unrestrained fits of crying that don’t relent as the coffin is carried up a mountain and lowered into the ground. Very difficult to watch, it is an overwhelmingly violent expression of grief that testifies to decades of unrecognised suffering and ostracism. 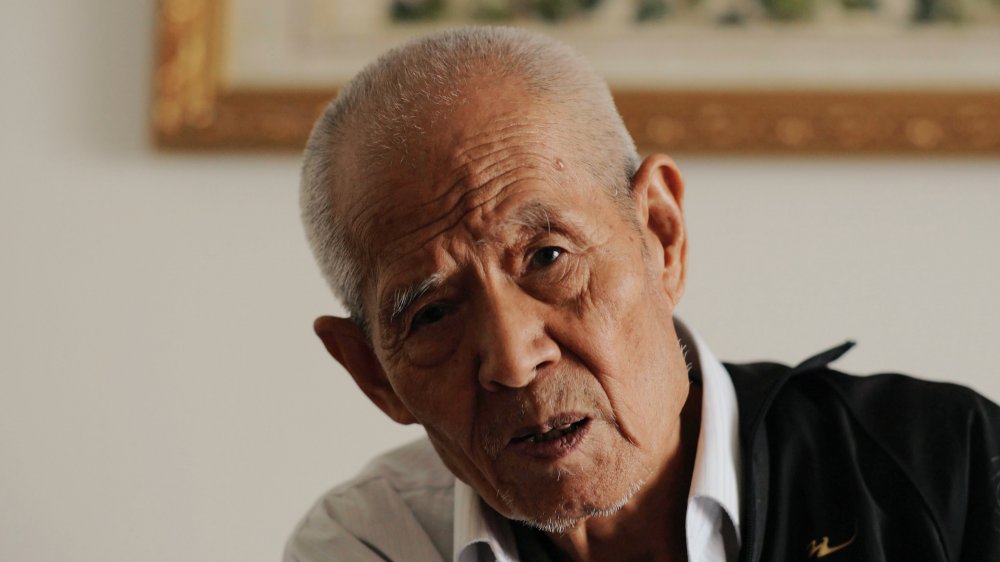 Like Jia Zhangke’s I Wish I Knew, Dead Souls represents an effort at recording suppressed chapters of Chinese history before they are buried for ever. Unlike Jia, however, Wang works outside of the state-sanctioned film production system and can allow himself much harsher criticism of the Chinese government. Through the testimonies, Dead Souls articulates a bitter denunciation of the despotism and rampant corruption of the Mao regime, and of the Communist Party’s continued denial of that past. All of the interviewees state that they never had any rightwing inclinations. Mao’s Anti-Rightist Campaign instated arbitrary and frequently changing conviction quotas, and most of the men were sent to the camps in order to fill these quotas, not for genuine dissent. Their offences, all of them minor, ranged from voicing disagreement with official policy to getting on the bad side of their superiors; some can’t even explain what they did to be convicted. In fact, most were staunch Communists and actually accepted being sent to the camps, whose official role was re-education through labour, hoping to come back with stronger ideals through which to better support the nation.

The extreme length of Wang’s film serves to demonstrate the innocence of the victims and the culpability of the system, as the accounts corroborate one another through sheer repetition, accumulating into a vehement and incontrovertible j’accuse. That said, Wang never lets the political context gain primacy over the film’s human dimension and the space the survivors are given to recount their stories is, above all, a gesture of due respect. Most of the men who appear in Dead Souls have since died and although they constitute only a miniscule fraction of all those persecuted during the Anti-Rightist Campaign, estimated to be between one and three million people, their voices unite in a resonant commiseration of the unspeakable injustices they collectively suffered.