In My Room first look: Ulrich Köhler welcomes the apocalypse

A before-and-after-the-wipeout portrait of an alienated news cameraman who suddenly finds himself alone and thriving, Ulrich Köhler’s social critique is horrifying, hilarious and deeply humane. 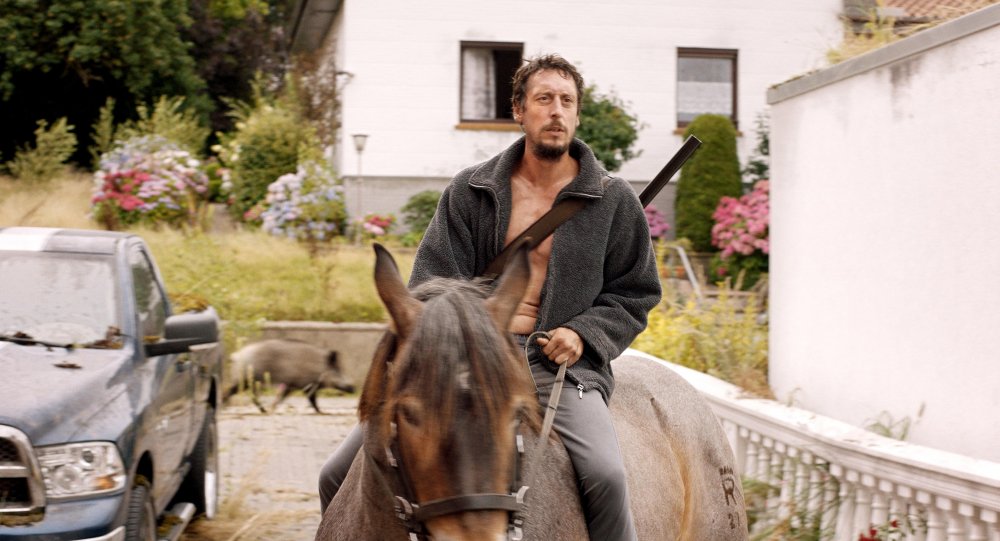 Hans Löw as Armin in In My Room

A thematic constant in the work of Ulrich Köhler, as with many of his peers in the so-called Berlin School, is the oppression of the contemporary condition. The characters in Köhler’s first three features, each afflicted by opaque yet relatable existential crises, rebel against the expectations of their respective social positions by effectively removing themselves from society. In an inspired reversal, the protagonist of In My Room wakes up one day to find that it’s the rest of the world that has disappeared.

In My Room’s last man on earth is Armin, a news cameraman of about 40 living in Berlin. The film’s first part, referred to as ‘Winter’ in the closing credits, delineates his discontentment through a series of superficially unexceptional scenes that demonstrate Köhler’s talent for establishing milieus and forcefully evoking inner conflicts through the most understated of means. We see Armin mess up at work – hilariously, while covering a political event he confuses his camera’s on and off setting, so ends up shooting all the dead time and cutting out all the interviews – and later take a girl half his age home from a club, only to dispirit her into leaving five minutes after walking into his dreary apartment.

Once Armin then visits his hometown, he is offered an even more depressing window into the future than the one he offered the girl. His father, who is divorced, leads a life of resignation, taking care of Armin’s dying grandmother and enduring a seemingly loveless relationship just to avoid living out his old age alone. When the grandmother dies, instead of lending emotional support, Armin leaves his father crying at the kitchen table and goes to spend the night in his car. The next morning, every person on earth except Armin has inexplicably vanished into thin air.

The portrait of petit-bourgeois existence painted in ‘Winter’ is absolutely terrifying, all the more so for being all too recognisable. It’s thus impossible not to share in Armin’s elation once he recovers from the initial shock of being left completely alone.

Soon after, the film switches over to ‘Summer’, set some indeterminate amount of time in the future. Armin loses his paunch and sickly pallor across a single cut, transforming into a ripped and tanned Robinson Crusoe of the post-apocalypse. While too inept to even kill himself in the previous chapter, now he’s built his own house in the middle of nature, planted a bountiful vegetable patch, raised livestock and even constructed a fully functional hydroelectric generator in a nearby stream. The perennially overcast gloom of the film’s first half is replaced by clear skies and bright sunshine. As lensed by Köhler’s regular DP Patrick Orth, the golden-lit countryside looks like nothing less than Eden – an intentional parallel that is elaborated through a number of overt references to the Book of Genesis.

Although the critique of modern society conveyed by the contrast between ‘Winter’ and ‘Summer’ couldn’t be more damning, In My Room is peppered with delightful comic touches – Armin’s miraculous transformation is one example. That said, a few of these might be lost on viewers without a strong familiarity of Germany. To anyone who’s spent significant amounts of time there, simply the notion of setting the post-apocalypse in the region near Bielefeld – the village where Armin collects supplies offers about as bland a German provincial landscape as one can find – is already hysterical. The sight of Armin on horseback, a massive rifle strapped to his back and loot-filled bags from the supermarket REWE in each hand, ranks amongst the most inspired images to come out of German cinema in recent memory.

An important turn of events takes up the film’s last half hour or so, but describing it here would likely represent a spoiler for most. Suffice it to say that the film transcends the potentially misanthropic slant of its premise, building up to a stirring finale that, in refusing to take a facile position on our capacity for redemption, proves deeply humane.

Related to In My Room first look: Ulrich Köhler welcomes the apocalypse