Wavelengths 2017: Toronto defends its bastion of the esoteric

Fears that programming cuts would damage the diversity of TIFF were allayed by a bold selection of experimental, short and gallery films, including a dazzling meditation on a hip colour, a disquieting study of a cannibal and a careful portrait of bodybuilders. 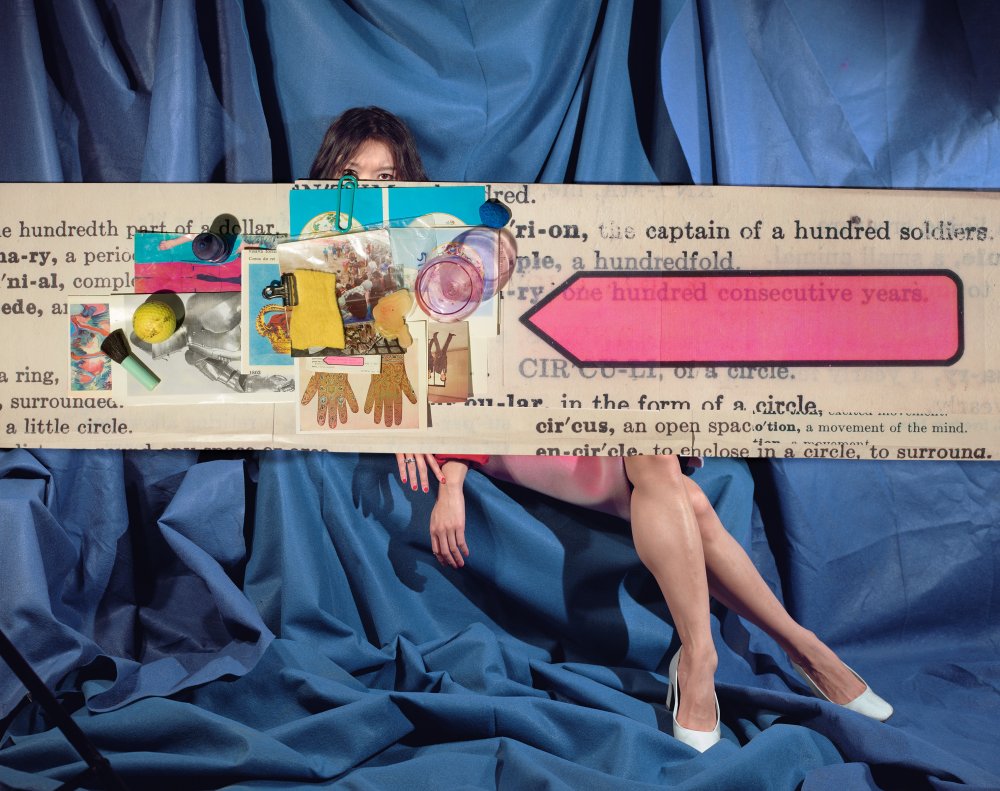 This summer the Toronto International Film Festival announced a 20 per cent cut to its programming, following an increasing number of vocal complaints from prominent journalists concerning the festival’s sheer glut of titles and the ill-defined, somewhat arbitrary programmes these selections fall under.

While a no-doubt welcome development for anyone who’s ever bravely stared down an imposing ten-day TIFF schedule, the initiative also registered with a hint of anxiety for those strands that do manage to carry a distinct programming personality even though they may attract smaller audiences. What this meant for Wavelengths, in particular, was a concern for many discerning critics who plot their itineraries around the section’s boldly esoteric selection of experimental features and short films, gallery presentations and rescued works from the margins of cinema history.

The good news, then, is that Wavelengths has survived, if not necessarily intact then at least with its ideological spirit unshaken. (The Vanguard and City to City programmes weren’t nearly as lucky, having both been totally scrapped.) Gone, unsurprisingly, are the city-wide installations that would regularly send curious viewers across town to experience any number of multimedia and interdisciplinary works – an especially unfortunate development for your humble correspondent who, thanks to last year’s programme alone, discovered both the bracingly physical and surreal films of Cuban American artist Ana Mendieta and Catalan director Albert Serra’s five-screen, 12-hour gallery piece Singularity.

On the other hand, the section’s four-night programme of short films, in many ways the heart and soul of Wavelengths, was not only preserved but bolstered by a move to a larger screen within the festival’s flagship Lightbox cinema. It was a pleasing show of support for a programme that consistently attracts a dedicated audience and which at its best feels like an oasis within the larger festival. 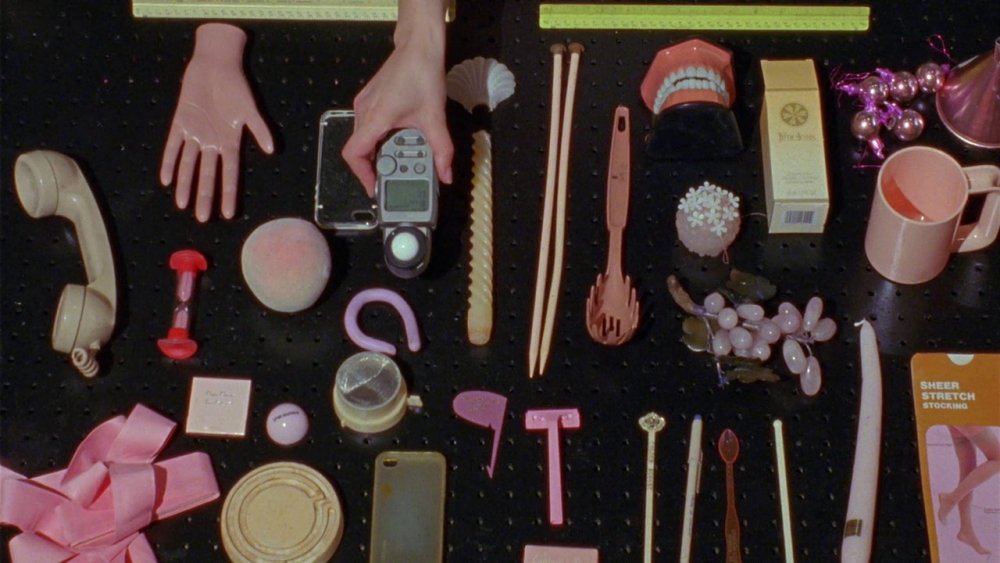 This year’s shorts were typically eclectic and consistently surprising. A number of established artists (Michael Robinson, Jodie Mack, Kevin Jerome Everson, Helga Fanderl) arrived with strong and inspired work, but a selection of lesser known names dazzled with unique visions of their own.

An immediate standout, Sarah Cwynar’s Rose Gold takes as inspiration the eponymous colour, a shade popularised by the iPhone, and parlays its hybrid constitution into a dizzying and digressive essay on materialism, technology and domestic iconography. Arranging an untold number of household objects in a succession of systematic tableaux and colour-coordinated collage, Cwynar dissects the numbing pace and ephemeral nature of modern life through comically reflexive male-female voiceover and ironic juxtapositions that lend the film a joyous energy often absent from the avant-garde.

Set among the pastel-hued architecture and winding canals of the Qanat Quartier in Doha, Qatar, the film investigates the artifice of its locale through patient views of empty storefronts and restaurants, offices and apartments, blending the buildings’ sterile surfaces through reflections in glass and water and incremental adjustments in angle and aperture. Nassif’s silhouette can be glimpsed on occasion as she quietly operates the camera, her ghostly visage given life first through shadow and finally through song as she gently sings of an itinerant existence.

The juxtapositions that define Swiss artist André Lehmann’s bracing below-above are of decidedly starker contrast. Rapidly alternating images of rocks and water, land and sky, Lehmann’s 16mm marvel moves at an invigorating clip, progressing in strangely staccato rhythm with the sounds of twinkling mbiras. Acting as an extrasensory framework through which to mentally process the breakneck montage, the music seems to occasionally stutter and recalibrate as the images efficiently trace a vivid landscape comprising numerous natural wonders. The film’s broadly appealing tone and textures mark it as a potential calling-card for the veteran Lehmann, whose work deserves wider consideration. 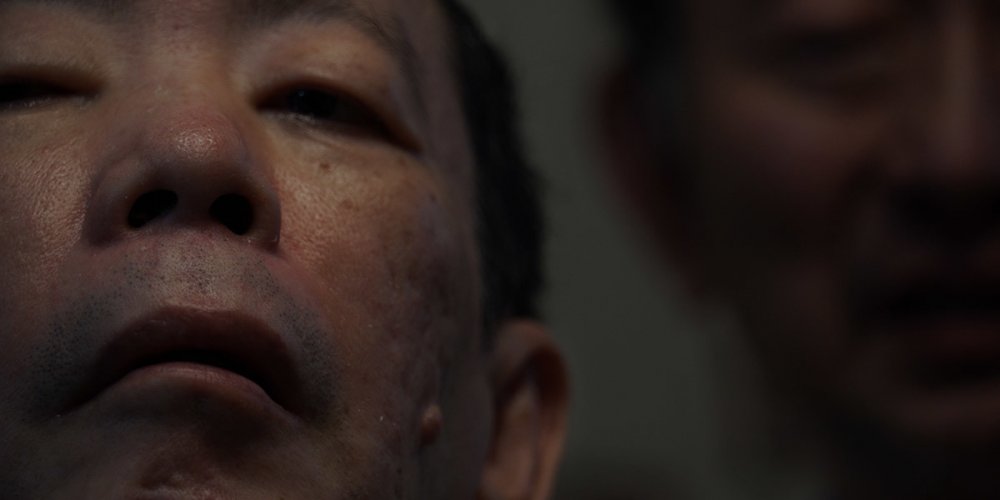 The necessity for a specialised strand such as Wavelengths within TIFF was further reinforced by many of the section’s most challenging feature and medium-length works – and perhaps nothing in the festival was challenging as Caniba, the new feature by Véréna Paravel and Lucien Castaing-Taylor, the team behind the landmark commercial fishing doc Leviathan (2012) and directors of Harvard’s Sensory Ethnography Lab.

Much of Caniba is made up of an on-screen interview with Sagawa who, having recently suffered a stroke, now lives under the care of his brother, Jun. Composed as an unsettling series of closeups that shift in and out of focus from Sagawa’s semi-paralysed face in the foreground to his brother standing over his shoulder in the background, the conversation moves in turn from Sagawa’s candid recollections of the incident to his brother’s tentative questioning and aggrieved reactions.

A clip from Caniba

But it’s Jun whose initially sympathetic presence turns equally uneasy; after showing off one of Sagawa’s mangas that explicitly details and visualises his brother’s crimes, we watch as Jun demonstrates his own fetish for cutting and physically torturing his body for pleasure. To say that these passages are disturbing is an understatement, and the film proceeds to set up a fascinating dialectic between the depiction of violence and its verbal counterpart.

Paravel and Castaing-Taylor’s highly aestheticised approach, meanwhile, lends the film an equally disquieting intimacy, as if seeking to find in Sagawa’s dead eyes a morsel of reason. (At one point Sagawa states that he himself would like to be eaten – punishment, one gathers, for a lifetime of psychological torment.)

As a piece of filmmaking, Caniba is something of a refinement of the duo’s other 2017 film, somniloquies, a biographical gloss on the life of storied sleeptalker Dion McGregor. That film’s similarly impressionistic visual palette and undifferentiated figural sprawl would have likely been more effective in a gallery context. Caniba, by comparison, is frighteningly cinematic, even as it crosses boundaries that we as viewers tend to hold as truths.

The human body was perhaps the most common theme among the longer works in this year’s programme. Most prominently there was Chinese documentarian Wang Bing’s recent Locarno winner Mrs. Fang, which spends the majority of its runtime observing the slow death of its 68-year-old title character from Alzheimer’s. 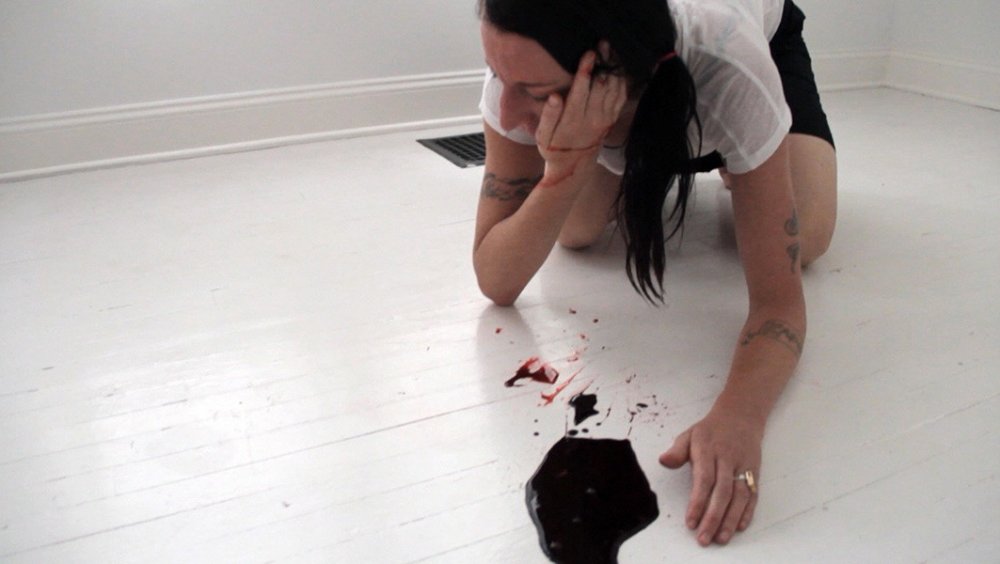 Elsewhere, Dani Leventhal and Sheilah Wilson’s medium-length film Strangely Ordinary This Devotion situates the artists’ own bodies, as well as that of their young daughter, into a beautiful and strikingly carnal essay on domesticity and motherhood that unearths playfully primal impulses from both physiological bounds and prescribed notions of female sexuality.

A Skin So Soft trailer

Canadian director Denis Côté’s A Skin So Soft meanwhile follows a group of bodybuilders in Quebec as they eat, train and mentally prepare for competition while attempting to maintain relationships and semi-normal public profiles. Shooting in an observational manner familiar from such prior outings as Bestiaire and Joy of Man’s Desiring, Côté captures not only the tender side of these outsized musclemen but also their passion and artistry. A deceptively simple concept rendered with quietly illuminating care and precision, the film furthers Côté’s unique talent for locating beauty and humanity in the most unlikely places. 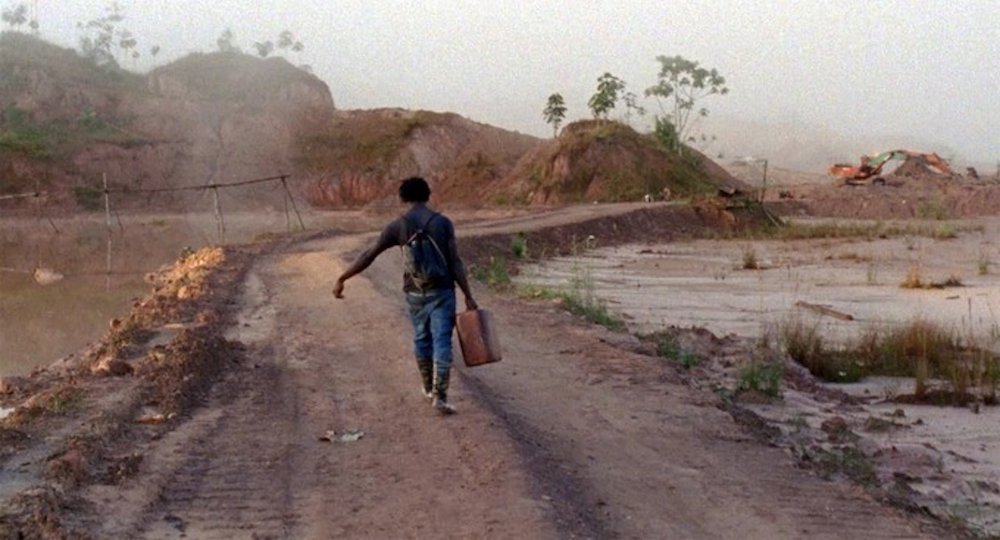 Bodies have long been an object of inquiry for American experimentalist Ben Russell, whose first solo feature in eight years, Good Luck, intrepidly explores the subject across a pair of far-flung locales. Divided into two parts, the film initially centres on a team of copper miners operating hundreds of feet underground in Serbia, while the second half follows a group of men working in an illegal, open-air gold mine in Suriname. The contrasts between the settings is stark: dark and cavernous, the extreme conditions of Serbian mine reflect the cold and physical immediacy of the work being performed; the muddy, sun-dappled landscape of rural Suriname, meanwhile, suggests the warm if no less precarious state in which these men are forced to toil.

Russell, a student of both the Jean Rouch and Joseph Cornell schools of ethnographic and experimental cinema, combines a verité sensibility with a surrealist’s spirit, capturing routine labour in formally elegant Steadicam shots and strange breaches in realism that lend a touch of the divine to earthbound travails. Mirrored in both subject and structure, and bookended by a pair of musical sequences, the film’s two parts form an impressively symmetrical whole as Russell’s capitalist critique finds palpable expression through the labourers’ shared experiences. I wouldn’t hesitate to call it Russell’s magnum opus to date, and an easy highlight of the autumn festival season, regardless of where or how one chooses to categorise it.