“The chimney needs sweeping”: Luke Moody on the end of his tenure programming Sheffield Doc/Fest

As head programmer of Britain’s biggest documentary festival, Luke Moody tried to broaden the vision of the film programme beyond the trappings of traditional British factual broadcast TV – as evidenced by this year’s Latin American finds. Then he quit. 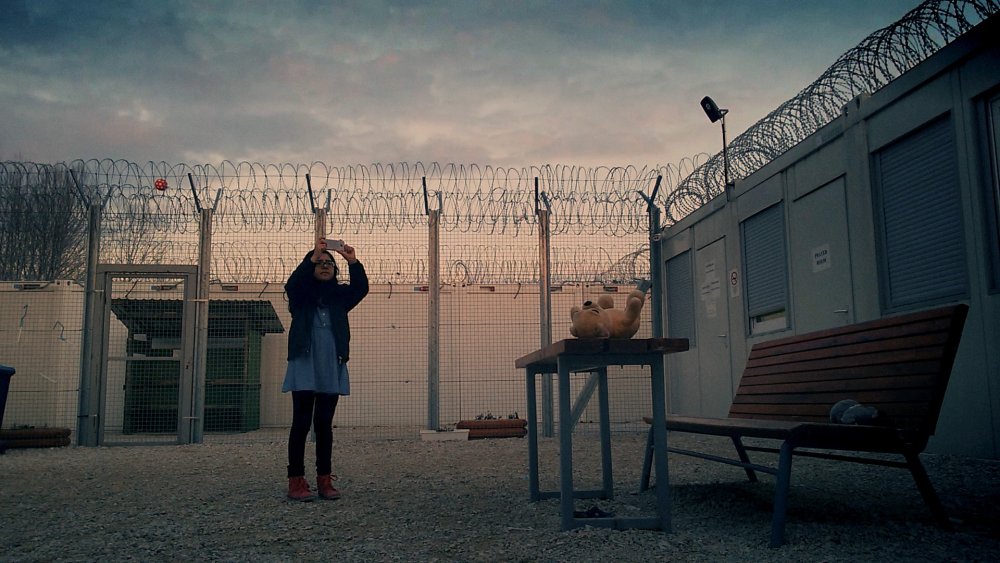 Last June I spoke to Luke Moody, some 20 months into his tenure as Sheffield Doc/Fest’s director of programming, about the initiatives he had brought to the role. Behind the scenes, he wanted to share, the team had been working on the festival’s infrastructure to streamline and modernise their working processes. New submissions software brought more clarity across the work of previewing and pre-selection, thereby raising the chances of making grassroots discoveries that had no industry support. Programme advisers from more diverse backgrounds were appointed, especially in former blindspots such as Central and Latin America. Moody was also excited about pushing forward fellow programmers and even guest curators to bring greater plurality within the 200-film programme – “rather than the Luke Moody show year after year”.

For Sama is released by Republic Film in UK cinemas on 13 September 2019.

Indeed, all the above was back end to the causes of pluralism and of opening and deepening the festival through added layers of “niche and plural representation”, which Moody saw as an antidote to the top-down populism of much establishment programming. He referred to his previous role as a funder at the BritDoc foundation (now Doc Society), with filmmakers embedded as much as possible in their subject matter, “believing in filmmakers with an authentic voice who, if they don’t share the narrative or come from the community they’re telling the story about, at least share a political belief or a creative vision which you can see on screen”. Two examples from last year were Jake Meginsky and Neil Young’s Milford Graves Full Mantis and Kiko Goifman and Claudia Priscilla’s Tranny Fag: the former was a portrait of the avant-garde jazz drummer “met by a filmmaker who is equally creative and thinking about the rhythms of filmmaking and finding a voice that correlates with how Graves improvises in his music”; the latter Doc/Fest pushed with a live performance by the film’s subject, the Brazilian transgender musician and artist Linn da Quebrada.

“I don’t wish to limit what Doc/Fest can be in terms of storytelling and formal approaches to film,” Moody told me. Local specialist Q&A hosts would act as ambassadors and arbiters of niche subjects for local audiences, while different strands would flag up different modes of film language and address: the UK Focus strand became New/UK, showcasing younger, inventive and energetic British voices telling contemporary, local and embedded stories; the Student Doc Award was retitled the New Talent Award, heralding new filmmaking from multiple walks of life. And the Doc/Visions strand (and the Art Doc Award) would be a “safe space” for explorations of film form, rather than subject matter, and experimental filmmakers new and old – the term ‘discovery’ wouldn’t preclude veteran pioneers. So much for the vision; but Moody allowed that “it takes a while not only to put your ambition in place but to learn from what’s there and the reaction… and adapt.” 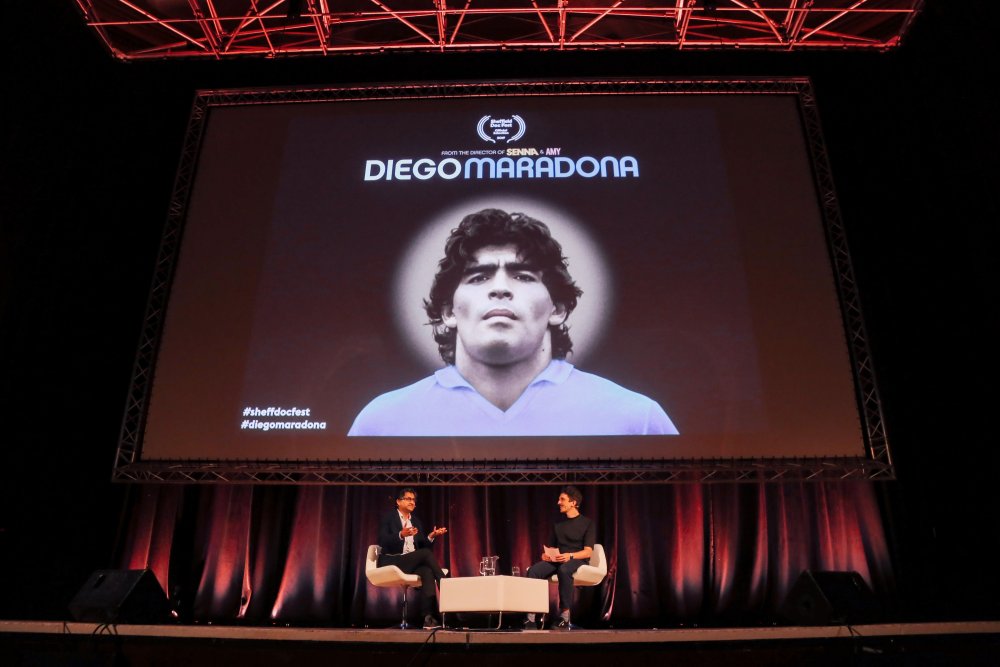 Doc/Fest has endured some churn in leadership since the departures of long-term director Heather Croall, her deputy Charlie Phillips and director of programming Hussain Currimbhoy in 2014-15. Claire Aguilar, director of programming between Currimbhoy and Moody, worked on just two editions, while Croall’s replacement Elizabeth McIntyre stepped down last August after three years as director and CEO – her deputy Melanie Iredale oversaw this June’s showcase as interim director. Nevertheless, the festival has continued to grow in terms of industry delegates and audiences – and indeed in the internationalism of its programme guests, who, notwithstanding the UK’s visa regime, this year arrived from 59 countries. Doc/Fest could also boast of progress in gender representation to a majority-female-directed film programme, as well as a 50-50 balance in the festival’s parallel Alternate Realities programme of interactive and immersive digital nonfiction.

I couldn’t attend the whole of this year’s festival, so it was difficult to tell how far a rainy June dampened attendees’ spirits, but we’ve already published web testimonies to, variously, , Zia Anger’s intimate insight into creative ‘failure’ in her performance piece My First Film, the Japanese experimental shorts retrospective, and other writers’ forays through city portraits and new British films. British big hitters earned many of the headline slots: Asif Kapadia’s Diego Maradona opened the show the night before its release; Nick Broomfield delivered a mellow stage talk after his Leonard Cohen love-life tapestry Marianne & Leonard: Words of Love; Jeanie Finlay brought not only her transgender-pregnancy portrait Seahorse but also her (embedded?) on-set finishing-of doc Game of Thrones: The Last Watch. And Danny Leigh welcomed Paul Greengrass on stage to talk working-class talent and diversity in the film industry. 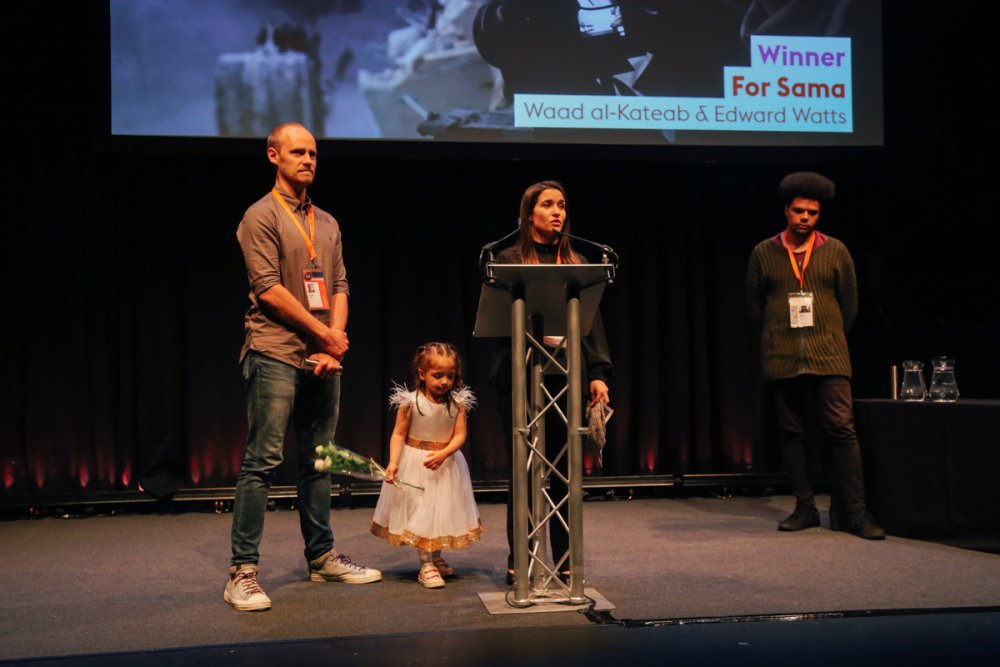 Some of the buzzy films had British involvement – the buzziest being Waad al-Kateab and Edward Watts’s For Sama, produced by Channel 4 News/ITN Productions, and fresh from documentary award wins at SXSW and Cannes. A five-year portrait of the Aleppo uprising through the eyes of al-Kateab’s newborn daughter, it was one of two diary-format movies to share the grand jury’s special mention, alongside Hazzan Fazili’s portrait of his family’s ‘illegal’ escape from Afghanistan to Europe in Midnight Traveller. One could draw a cheap contrast between their perils and the journey in Kristof Bilsen’s Mother, which tracks a Swiss family’s elective transfer of their Alzheimer’s-afflicted matriarch to affordably dedicated care in Thailand – but Bilsen’s film is solicitous rather than bitter. It was a special mention for Doc/Fest’s International Award.

The Grand Prize went to Luke Lorentzen’s Midnight Family, a portrait of a Mexican family struggling to run a private ambulance concern in Mexico City in the face of state and private corruption, and though this much garlanded film was no scoop, it perhaps reflected Moody and co’s outreach to Central and Latin America. I burrowed into several more of their selections. The most easily appealing was Marcelo Gomes’s Waiting for the Carnival, another portrait of capitalism as channelled by the unflaggingly self-employed denizens of Toritama, Brazil’s ‘capital of jeans’, who churn out 20 million pairs a year. With unassuming playfulness, Gomes insinuates his sceptical camera into the community and teases out the paradoxes of this perpetual yet precarious self-exploitation machine.

Waiting for the Carnival trailer

Across the social spectrum, Victoria Alvares and Quentin Delaroche’s Block got close to the striking truckers who blockaded Brazil’s highways (demanding military intervention, until it comes) during the countrywide protests of 2017. It was good on close-quarters reportage, but stronger on character was Andres Torres’s The Fortress, a road movie viscerally embedded with a trio of young male travelling football fans of Colombia’s yo-yoing Atlético Bucaramanga, whose primal ‘hooligan’ spirits bring moments of both euphoria and (mostly) off-screen danger.

Another Colombian road movie, Alexander L. Fattal’s short Limbo, shut itself in the back of a truck with a former Farc guerrilla, the rippling reflections of the outside world on the truck’s walls turning the vehicle into a travelling camera obscura by which Fattal artfully mirrors his subject’s narration. Dana Bonilla and Ximena Valdivia’s Lima Screams is the ‘city symphony’ as portmanteau music video, an infectious love letter to Lima’s alternative music scene. Two other shorts, Xavier Marrades’s Misericórdia and Miguel Novelo’s The Tide, wove fleeting dream-tapestries of communality and alternative modes of life in, respectively, a Brazilian island and a Mexico beach town.

Strangest were two magic-realist expressions of indigenous Argentinian rites and struggles: Ezequiel Yanco’s La vida en común, a coming-of-age play-study among teens in the indigenous reserve of Pueblo Ranquel; and Máximo Ciambella and Damián Coluccio’s The Black Tree, a rapturous cinematic pilgrimage with a goat breeder from the oppressed Qom tribe in the country’s far north, seeking out his community’s traditional spirit tree in response to the encroachments of industrial agriculture.

Such visions are hardly British broadcast television fare, and for Moody that’s reason to question the dominance on the Doc/Fest board of the British factual TV departments, who since the festival’s founding have increasingly retreated from international film co-production and turned to formatted entertainment. (The BFI also has one seat on the board; Moody counted it as an exception to his complaint.) “The only thing I hear from them is self-interest: ‘Where’s my commission?’,” he said when we met this year. “They’re not performing a job to take the festival forward and accept new partnerships or grow the festival, or support a programme that is progressive. They’re from a tradition that is a dinosaur – the likes of Netflix, Amazon, HBO and Hulu are far more progressive and will take their audiences.”

I spoke to Iredale, Doc/Fest’s deputy director, who was more phlegmatic: yes, there was tension between the board and the programme’s internationalism, but Doc/Fest brings together many platforms and running a festival is always a balancing act; pressures come from many angles and the festival team has always found a way to exert editorial control. The board had been valuable in brokering talent for the festival’s talks and events. 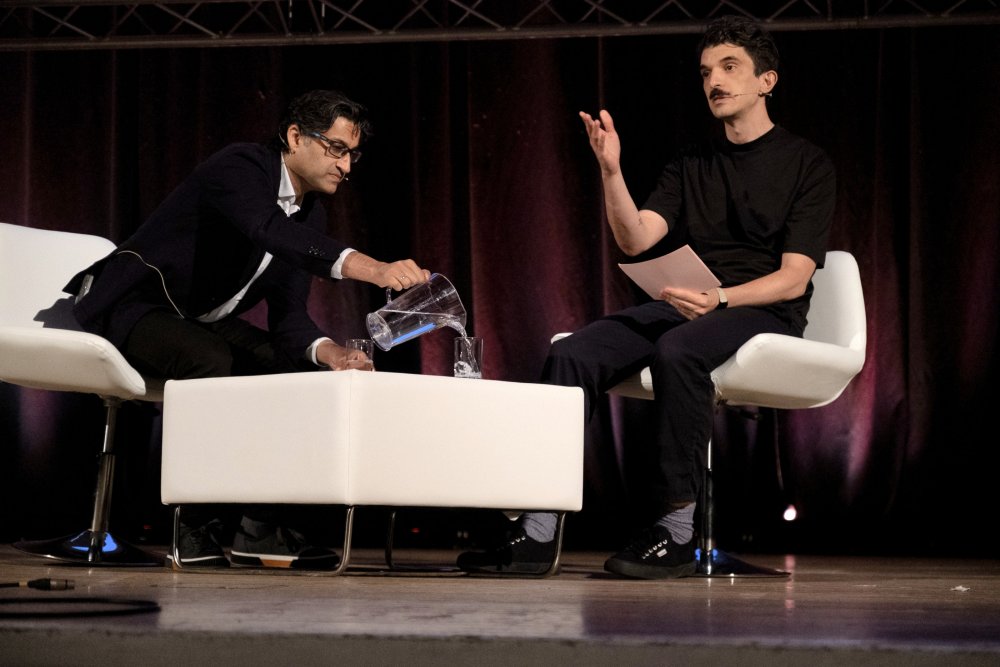 But the day after the festival ended, Moody resigned from his role. “This festival needs to find a new vision and I’ve tried to bring that – for the programme to be international, and representative of a broader spectrum of what documentary and nonfiction can be,” he wrote to me. “But their anchor is the festival as it was 10, 20 years ago – putting forward colonial forms of filmmaking, annually offering and pressuring to include content only relevant to a domestic market and directed by white men over 40. The chimney needs sweeping before a fire can be lit.”

Separately, Doc/Fest programme manager Sarah Dawson was also departing the festival for a programming role at Amsterdam’s IDFA. In early July, Doc/Fest unveiled its director for 2020 – Cíntia Gil, DocLisboa’s highly regarded co-director since 2012, and certainly a big vote for international cinema at the heart of the festival. She already has roles to fill, and battles to win.

Correction (14 July 2019): the print version of this report, and an initial version online, described Doc/Fest programme manager Sarah Dawson as an ‘ally’ of Luke Moody, without checking for her perspective. We have removed the assertion and apologised to her for the presumptuousness.

Correction (16 July 2019): a subbing error led to Máximo Ciambella and Damián Coluccio’s The Black Tree being described as about a goat breeder from Qom in Iran, rather than from the Qom tribe in Argentina. This has been rectified here online.

More trailers for films mentioned in this report