When the filmmaker offered a live text commentary on a ‘failed’ work at Sheffield Doc/Fest, the process was breathtakingly intimate as it revealed the true costs of working in this industry.

‘I used to make things without it being complicated’: the promo for Zia Anger’s My First Film show

At what point is a film finished? Is it when the filmmaker declares it to be done, or is it when its audience starts to see it?

My First Film was presented at Sheffield Doc/Fest on 7 June 2019.

If it’s the latter, then Zia Anger’s debut feature film Always All Ways, Anne Marie (2012) doesn’t exist. Seeing as the work was accepted by none of the many festivals it was submitted to, no paying audience ever saw it. Yet the film is undeniably extant, and is now being lent a new life through an alternate presentation as part of a performance lecture that the artist has been delivering – titled My First Film, given most recently at Sheffield Doc/Fest – that interrogates all that which goes into the making of a film, as well as the various systems and structures that this act of creation is beholden to, and the mechanisms and measures that come to define its success.

Anger – who is most well known for her music videos, working recently with artists such as Angel Olsen, Julianna Barwick, Jenny Hval and Mitski – has made films before that have found themselves better recognised. Both I Remember Nothing (2015) and My Last Film (2015) premiered at major film festivals, lending her visibility and, crucially for an artist with a deep rooted interest in radical transparency, various platforms from which to speak her mind. It’s easy to forget that behind all successes lie a great many more failures, and there is value in these too. This – the idea of reconstituting loss – may be the crux of Anger’s performance, a cathartic collective experiment in what it might mean to challenge failure, recalibrate it, and reclaim it anew.

After a short precursor, in which Anger’s ‘expired’ Instagram stories are shared to phones around the room, igniting some excitement and initiating an intimacy, her central essay begins. The performance sees Anger working live from her MacBook, seated among the audience and facing the screen that her desktop is being live-projected onto, typing her thoughts onscreen whilst interacting with other elements around the computer screen, skipping around an .mp4 file of the feature film, pulling up emails, or loading up web video for context or background sound. For the most part it exists in two channels: Anger playing parts of the feature film in VLC on the left, while annotating by typing live into TextEdit on the right. 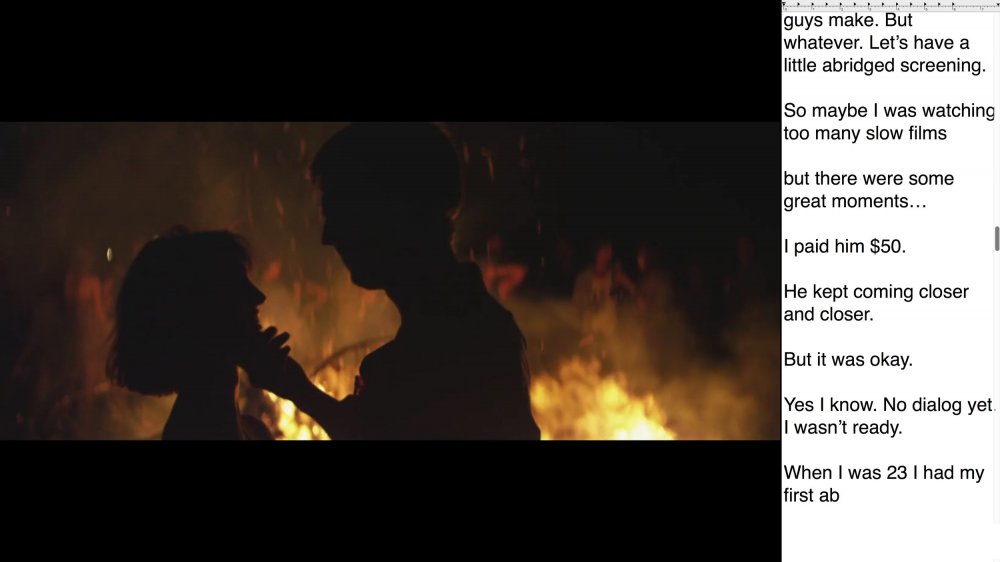 Loading up video called Mood Music Instrumental Mix on YouTube to start, Anger writes an introductory line. “I used to make things without it being complicated”, she states, before sharing with the audience – writing in real time in an impressive, continuous text-based monologue – the story of the making of this feature film that never was, and how everything became so complicated. The precise contours of this are private and deeply personal, and it seems impertinent – and indeed antithetical to the project’s purpose – to reveal them beyond the closed comforts of the room. Roughly speaking, it is a story that is laced with both humour and heartbreak, covering what it costs, both economically and psychologically, to make, and then lose, a first film – as a woman, and as a filmmaker, and as a woman-filmmaker – and what it means to then try to move on.

Much of the power of the performance comes from its sense of spontaneity. It is in the tension that is inherent to watching someone type out a message in front of you, in the reality of a rephrased sentence or a typo unaddressed, the drama in an ellipsis, or the relief of a well timed ‘lol’ after a mutually acknowledged miscue. It is in the intimacy of collectivity and of direct address, the sense of sharing a space and being spoken to, of being involved. It is in reading Anger write “you can’t see it right now, but I’m crying” and looking over to see she actually is. 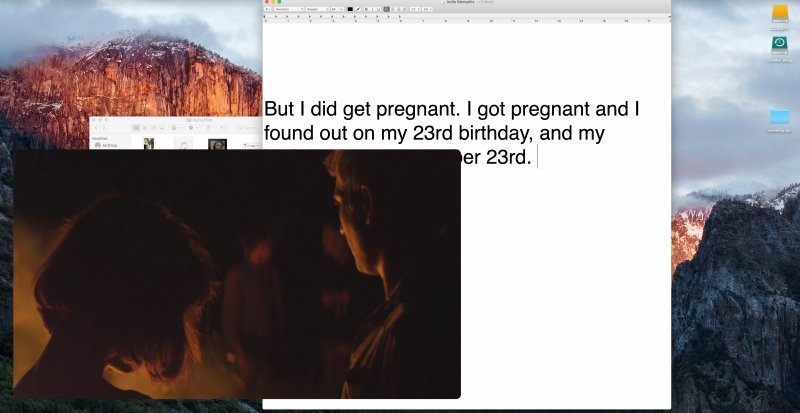 Confessional, confrontational and full of surprises, Anger’s monologue makes the brave gesture of being truly vulnerable, making a private struggle public. Throughout the performance, she repeats one line, a rhetorical device that becomes a refrain, a statement that starts with a single point of reference but comes to take on many meanings. “It happens to lots of people, it’s just that no one talks about it.” In talking openly – about her failed film project, her production processes, and her emotional life, but also about a whole lot more – Anger offers her audience the chance to witness someone take back control, an artist reasserting her autonomy, one typed line at a time.