“May God burn their livers”: nonfiction Furies in Shooting the Mafia, The Disappearance of My Mother and Honeyland

Feminine anger surges through some of 2019’s best documentary subjects, from one filmmaker’s firebrand mother to a pioneering news photographer and a duo scraping a living in rural Macedonia. 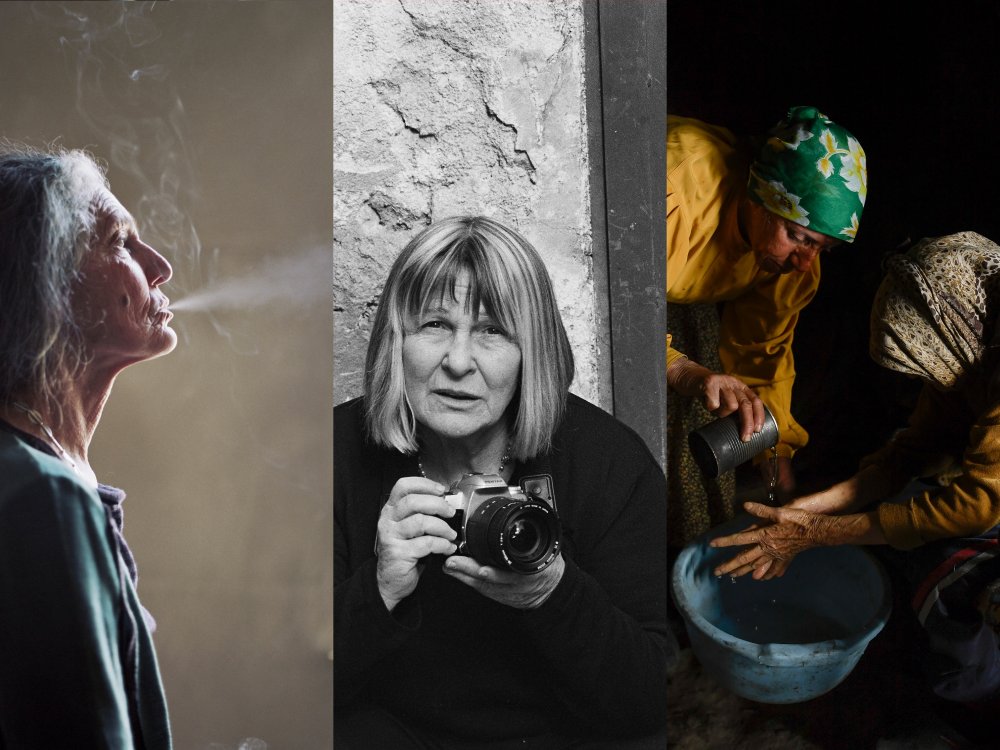 Left to right: model turned scopophobe Benedetta Barzini in The Disappearance of My Mother, Letizia Battaglia in Shooting the Mafia and Hatidze and Nazife in Honeyland (all 2019)

Among the rigorous insight into and forensic appraisal of Ridley Scott’s film the newly released Memory: The Origins of Alien, there is a touch of cultural theory surrounding the role of feminism in its narrative. The documentary’s director, Alexandre O. Philippe, imagines the influence of the Furies, the female deities of vengeance in Greek mythology, and wonders whether Alien contains a male fantasy of retribution for the oppression of women. Do the Furies, as reimagined in Francis Bacon’s painting, and brought to life in the stomach-exploding forces of Ridley Scott’s film, speak for the repressed feminine?

Memory: The Origins of Alien and Honeyland are now in UK cinemas.

Shooting the Mafia screens at the BFI London Film Festival on 5 and 6 October and is released in the UK by Modern Films on 29 November 2019. Kim Longinotto will give a Screen Talk at the ICA Cinema, London on 6 October.

The Disappearance of My Mother screens at the BFI London Film Festival on 7 and 8 October.

Goddesses of vengeance emerged in several of this year’s nonfiction films that launched at the Sundance Film Festival and are now coming to UK screens. Two focused on prominent Italian women: Letizia Battaglia, who had spent her working life behind the lens as the first Italian woman to be a photographer for a daily newspaper, and Benedetta Barzini, who spent her career in front of the lens as a supermodel.

In Shooting the Mafia, director Kim Longinotto uses photography, conversations with former lovers and sequences from vintage fiction films to playfully heighten the drama in Battaglia’s life, camping up her magnetism and passion. In the present day, Battaglia’s relaxed self-confidence – we get close-ups of her smoking, describing to her younger female assistant her experiences, her past loves and her sense of empowerment – is refreshing, and something rare on film. She remembers how her freedom as a child was brought to an abrupt end by her over-protective father, who responded to a disturbing incident by locking her up in the family home. She married the first man she met, but his unwillingness to allow her to be anything but a mother drove her to a mental breakdown. “We women dreamed of freedom,” she remembers.

In The Disappearance of My Mother, a son attempts to document his mother’s act of disappearing – an ambiguous but significant move. After a successful career in modelling, Benedetta Barzini became disillusioned with the industry – or more critical of its illusions. A political activist since the 1970s, she now encourages her students to question the representations fed to us, particularly as women, and how these images have a long-lasting, intrusive effect on our collective psyche.

Archive footage shows Barzini contributing to debates on TV shows, railing against the patriarchy and asserting that we live in a world based on male philosophy. We see her arguments falling on the deaf ears of men intimidated by the thought of equality – oblivious to how ridiculous their counter-arguments sound. Now, having fought for decades against an unshifting power, Barzini now doesn’t want to be filmed any more. More than that, she no longer wishes to be among the world as we know it – but her son Beniamino Barrese, who has been filming her for as long as he can remember, is unwilling to let her go.

As Barrese challenges Barzini’s desire to be unseen, a painful tension develops between the pair as well as an uncomfortable sense of complicity for the viewer. It is a difficult separation, complicated with affection, emotional need and loss. For Barzini, the lens is the enemy, and the exercise of filming her is akin to an act of violence. Her rage reaches its peak when she realises he has been filming her sleeping.

Beniamino Barrese and Benedetta Barzini in The Disappearance of My Mother

The origins of her anger could have several roots, but it feels that her sense of invasion goes somewhere deeper, linked to her desire to keep her real self private; a fear that the camera has captured something unguarded.  “I have always laboured under the illusion that no one ever photographed me,” Barzini comments in an archive recording, as we see films of her early career days, footage of her modelling in a kaleidoscope of images, like Romy Schneider in Henri-Georges Clouzot’s test footage for Inferno – an intoxicating cascade of alluring, disorientating visions.

Barzini describes the experience of transforming according to the wishes of others: “People just vanish within the concept of beauty.” Back at a show in London Fashion Week, she visibly shrinks, as if in the grip of old systems of power. She seems smaller, out of her depth, her voice softer, almost babyish. A man, oblivious to Barrese’s connection to Barzini, laughs in disbelief to the camera after she departs the scene: “That model was old as me!”

The Disappearance of My Mother trailer

Women have been subjected to men’s rules for far too long, as Battaglia says in Shooting the Mafia. These power dynamics are also alive and kicking in the Sundance World Cinema documentary winner Honeyland, in which a mother-daughter duo survive on honey in a rural Macedonian mountain settlement. The bickering, inseparable pair are reminiscent of the Edies of Grey Gardens – Hatidze with her playfulness, flair for style and headscarf, her mother Nazife bedridden and reliant on her daughter.

Haditze has become something of a bee whisperer, hiking up vertigo-inducing ledges to collect hives, and nurturing her bees in the brick ruins of the ghost village she and her mother live in. She is good-natured and helpful with the family who unexpectedly appear and become their neighbours; she plays with the children and teaches the father how to keep bees, with the golden rule: half for us, half for the bees. 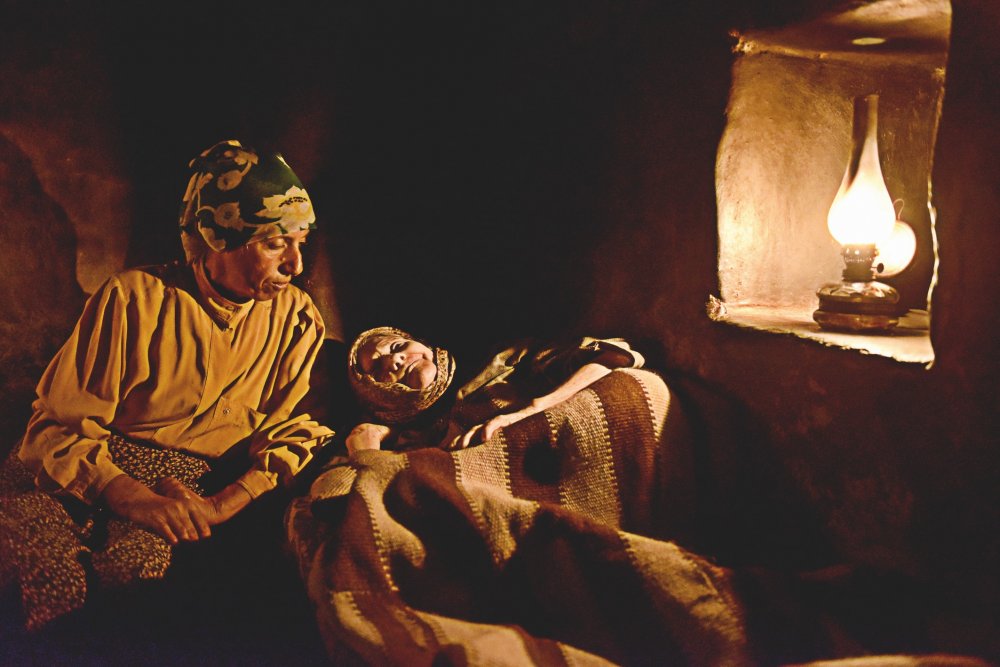 Hatidze and Nazife in Honeyland

When Hatidze and Nazife are lit by the glow of the fire in their dusty hut, Honeyland’s cinematography evokes a Caravaggio. Haditze ponders her single status, and Nazife blames her father for not allowing any suitors to marry her – but deeper systems of power and entitlement are yet to play out.

The fury flowing through these films is palpable: these are women hardened to relentless macho power games, and Homeric ‘false oaths’. Letizia revels in the retribution she exacted on the proud, arrogant mafia men, and the blow she dealt by being a female photographer taking their picture; Barzini lashes out and channels her rage into educating younger generations. When Hatidze’s trust is abused and her resources rinsed, her response is a brilliant, visceral call for vengeance: “May God burn their livers.” Her fury is contagious.