The BlacKkKlansman director’s nonfiction films earnestly and cathartically portray black vulnerability, showing how those left behind take up the legacy of their dead. 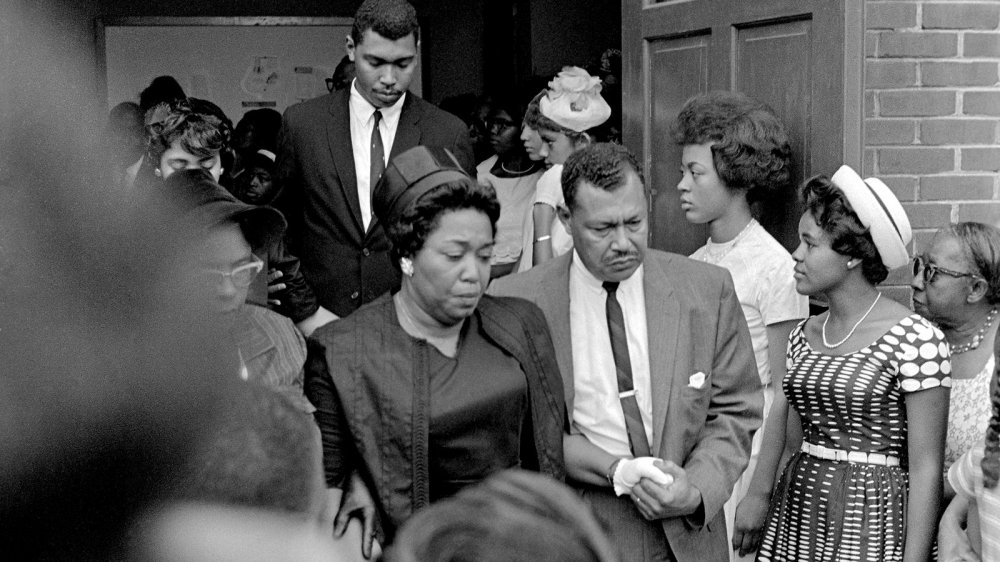 “What does it mean to defend the dead? To tend to the Black dead and dying…” So wonders author Christina Sharpe in her incisive work of nonfiction, In the Wake: On Blackness and Being. The answer, she says, is “hard emotional, physical, and intellectual work that demands vigilant attendance to the needs of the dying, to ease their way, and also to the needs of the living”.

In the Wake is a harrowing investigation of grief and survival, animated by the imagery of waves trailing after a ship – the wake, that is – or, the enduring ripples (social, political, psychological) left by the transatlantic slave trade upon generations of black life. All at once the wake embodies the path paved by the Middle Passage, vigil over the dead and social consciousness, awareness of injustice (popularly colloquialised today as “woke”).“Wake work”, Sharpe registers as acts and processes of resistance, thinking about representations of blackness, the dead and our connection to them.

In part what distinguishes Spike Lee as a filmmaker is the palpable, raw emotion vibrating from his projects. His earnest portrayals of black vulnerability reveal in turn a little of his own and sometimes lend his films a sermonising air. He has made a career of depicting the “wake”, and much of his dramatic filmography – Do the Right Thing (1989), Malcolm X (1992), and Crooklyn (1994), among them – hinge, cathartically, on how those left behind take up the legacy of their dead. 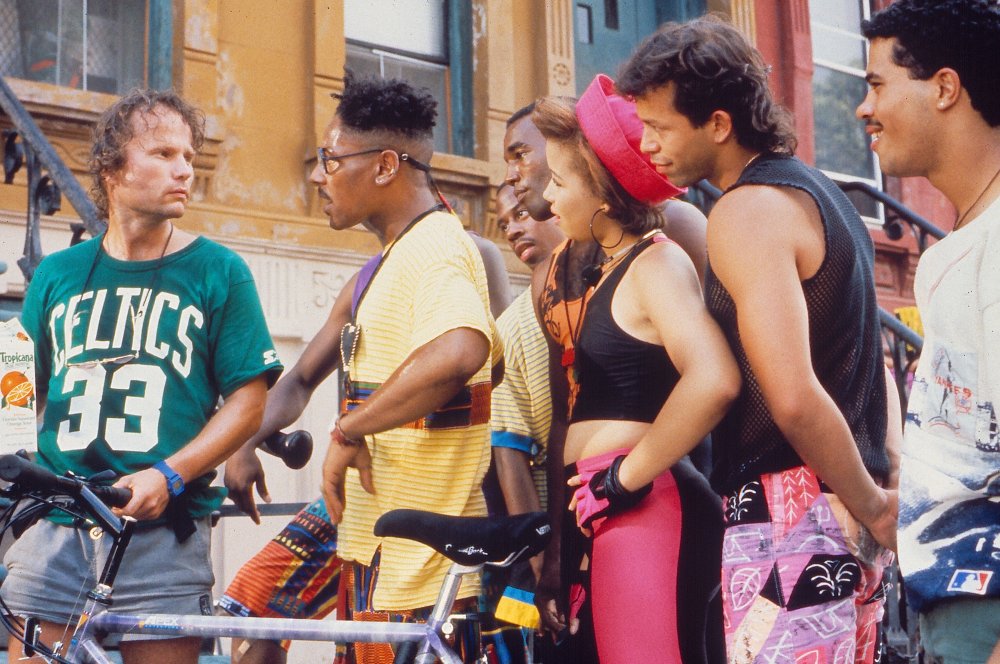 In fact his nonfiction work seems utterly possessed with either legacy or the makings of it: Portraits of black luminaries Michael Jackson in Bad 25 (2012) and Off the Wall (2016), Kobe Bryant in Kobe Doin’ Work (2009) and football star Jim Brown in Jim Brown: All-American (2002) may be complicated in retrospect by the controversies following each of these figures. But 4 Little Girls (1997), When the Levees Broke: A Requiem in Four Acts (2006) and If God is Willing and da Creek Don’t Rise (2010) all bear a haunting soulfulness and cement the director’s own formidable legacy as one of the most fascinating – if not always consistent – filmmakers of his generation. Sharpe describes living in the wake as living in the ‘immanence of death;’ in other words, the deaths of black people are often state-sanctioned and even inevitable. Lee’s ‘wake work’ breathes humanity into the countless overlooked dead and deserted, creating conditions for both personal and public grieving that recognises the scope of what has been lost.

4 Little Girls is very remarkable because it’s a rare film about the Civil Rights struggle told not from the frontlines, but among civilians: the less obvious heroes in a fight more commonly represented between politicians and community leaders. 1963 was a particularly fraught year, rife with tragedy. Lee’s film centres on the 16th Street Baptist Church bombing that killed Addie Mae Collins, Cynthia Wesley, Carole Robertson and Carol Denise McNair in Birmingham, Alabama. Icons of the era Martin Luther King Jr. and Reverend Fred Shuttlesworth get their due, but largely the film relies on heartfelt testimonies from the families and friends of the murdered girls. They become devastatingly real as remembered by those who knew them best, by the adults who had hopes for them and their peers, who confided in and grew alongside them. 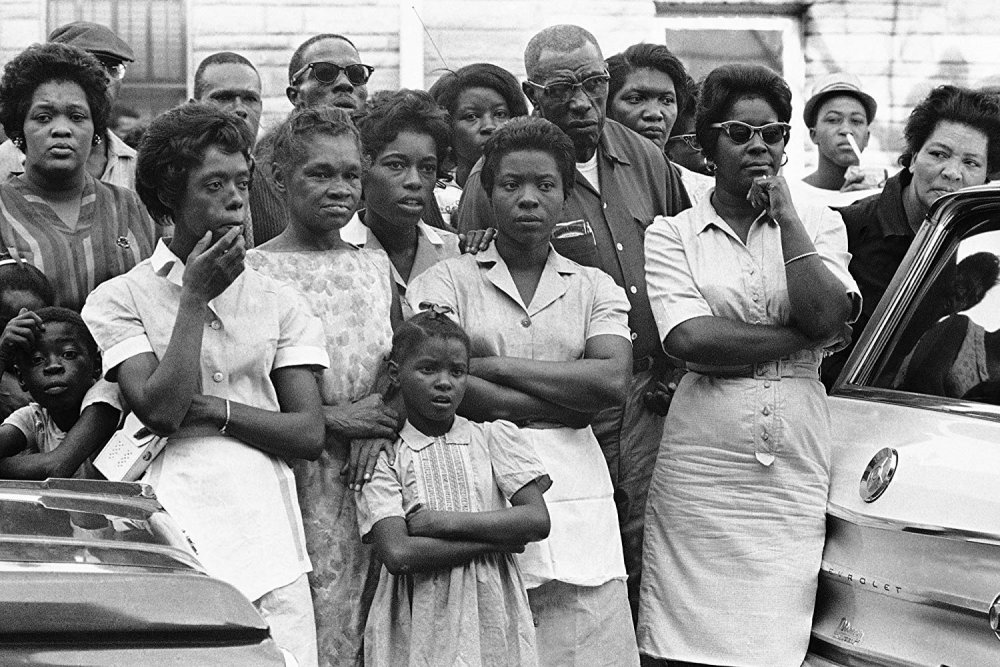 Lee handles these interviews sensitively, meanwhile guiding the audience through Birmingham’s industrial origins and the ongoing racial tensions that would drive scores of children to the streets in protest in what became known as the Children’s Crusade, just months before the bombing. In that way 4 Little Girls is a story about the South, and how black Southerners survived there. The question of freedom, of integration, has always been one of space; far from predominantly white spaces, black churches, most important of all, operated as sites of organisation, resistance, and refuge. Lee’s film quietly points out that attacks on black churches persisted, and the two decades since the film was made in 1996 have yet to prove him wrong.

Almost ten years later, Lee – whose films tend to deify Brooklyn, where he grew up – would return to the South. This time it was New Orleans, Louisiana in the disastrous wake of Hurricane Katrina. The first extraordinary thing about When the Levees Broke is its artfully patent rage, no small feat for a sprawling, ambitious account of widespread bureaucratic indifference and abandonment of largely black residents, all clocking in at just over four hours.

Each chapter encompasses multiple genres at once: crime procedural, political thriller, but above all tragedy; it is every bit the requiem it professes to be, devoting most of its time to survivors, often framed against visible New Orleans landmarks: on the banks of the Mississippi, outside antebellum-style houses, or strikingly bare lots where their homes once stood. Seething with frustration and grief, they unravel the horrors that passed there, the loved ones they lost, intertwined with all too familiar news footage of the devastation, of people stranded on rooftops or helplessly steeped in water. 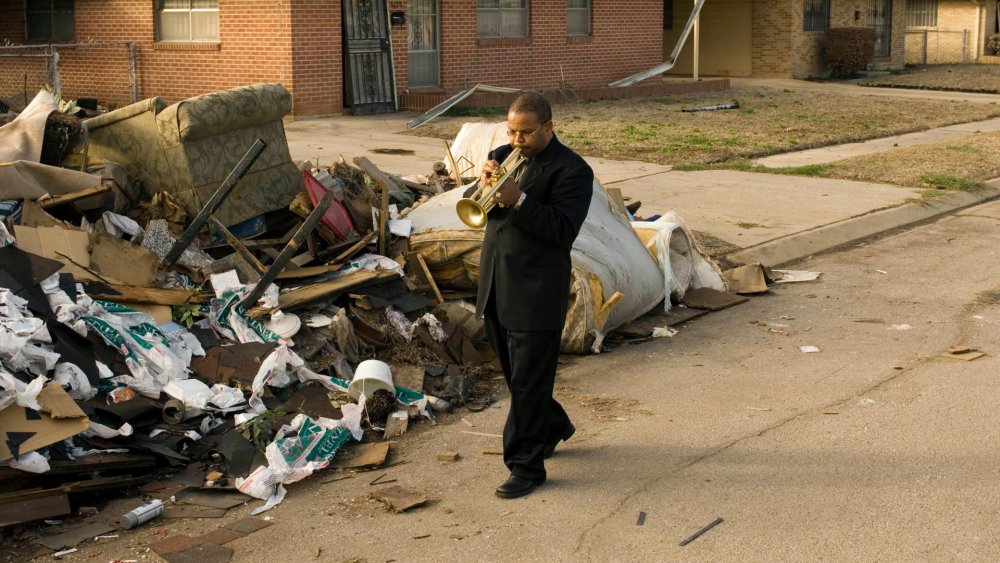 Levees earned comparisons to other longform documentaries such as Claude Lanzman’s Shoah (1985) and Michael Apted’s Up series, but the scale of Lee’s work here has a particularly fascinating edge to it. His follow-up, If God is Willing and the Creek Don’t Rise, focuses on the efforts to rebuild the city in the years after Katrina. Together the two films form an epic elegy dedicated to the real people directly affected by government corruption and the policies designed to keep the poor vulnerable and defenceless.

In Creek, Lee draws attention to several man-made disasters – social and environmental – not least of them the BP oil spill, but like Levees before it, he populates his film with a multitude of voices: from politicians to community activists to respected environmentalists to local teachers. And each of them has their own unique take on what went wrong or who exactly is responsible for the troubles that plagued New Orleans. The result is a multifaceted and powerfully complex human portrait, in the business of healing rather than condemning. 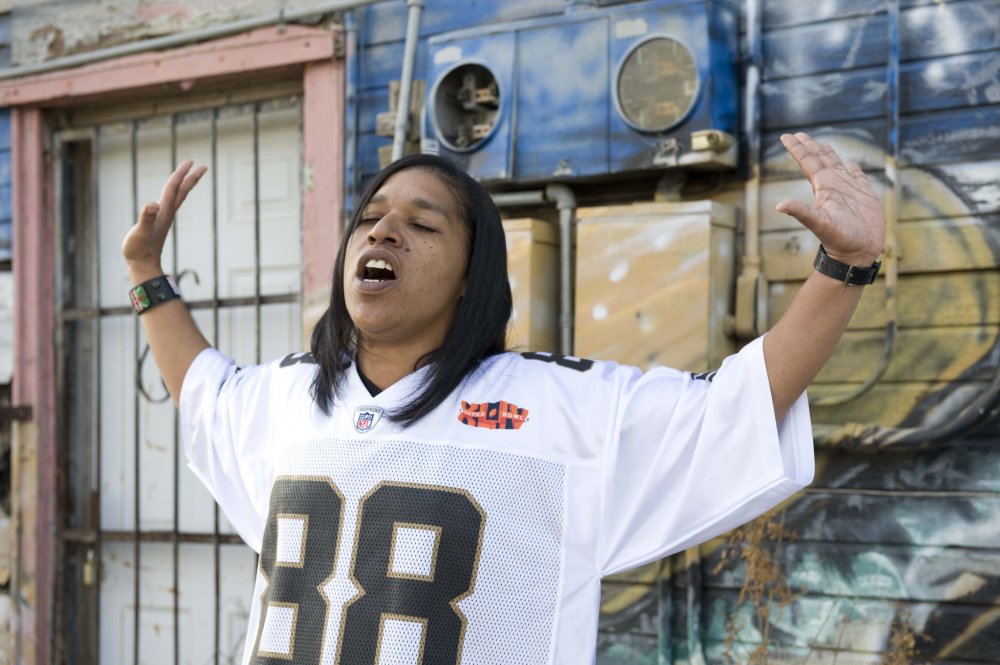 Not unlike 4 Little Girls, Levees and Creek pay homage to an unsung, everyday heroism. Celebrities make their appearances – Brad Pitt, Harry Belafonte and Sean Penn among them – so, too, high-profile native sons, including Lee’s longtime composer Terrence Blanchard, jazz icon Wynton Marsalis and actor Wendell Pierce of The Wire fame.

There is no shortage of imagery – cinematic or otherwise – revelling in the suffering of black people and violence against black bodies. Sharpe’s text seeks to uncover the way slavery’s violence continues to dictate and re-emerge in contemporary conditions of black American existence, in order to reimagine ways for black people to exist and survive in a society that excludes and endangers them – how to ‘“survive (and more) the afterlife of property”. And in part she looks to visual art that observes the abjection of black people; she may or may not consider Lee in league with her efforts. But at the very least his films do not show images of suffering for suffering’s sake. His documentaries, meticulous in context and relentlessly compassionate, create time and space for black people to mourn collectively and express their vulnerability on their own terms.