Crowdfunding it for themselves: Deep in Vogue, Shakedown and queer dance on film

Two new celebrations of underground club culture highlight how, in the crowdfunding era, working-class LGBTQ+ filmmakers and audiences can now intersect and nurture their art freely: crossover appeal not required. 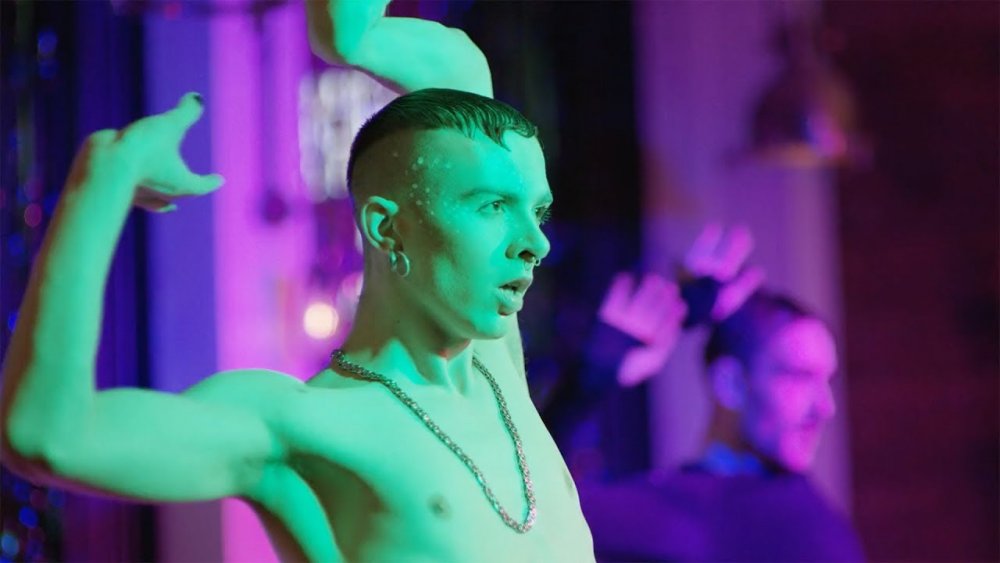 In December 2017, £3,000 was all that stood between filmmakers Amy Watson and Dennis Keighron-Foster and the completion of their documentary Deep in Vogue. After self-funding the filming of the project, six minutes of expensive archive footage was required to give the queer documentary the historical gravitas it deserved. By inviting an enthusiastic audience to share in the film’s final stages of development, the pair raised the money through crowdfunding, rewarding financial contributions with staggered benefits, ranging from a mention in the credits to a premiere invitation. In line with a heartfelt message of inclusion, Deep in Vogue displayed its socially radical nature even prior to release; its subsequent success represents a new era of queer cinema, where the creation of progressive art can be financially supported by the community itself.

Shakedown screened at Sheffield Doc/Fest and for a week at the ICA Cinema, London in June 2018.

Crowdfunded cinema may have been a foreign concept only a decade ago, but it has since become a crucial part of the independent film industry, providing working-class filmmakers with a reliable means to fund their art when studios won’t. By taking back control from the grip of a consumerist market, a filmmaker may be free to explore topics which would otherwise be cast aside due to a perceived lack of profit or mainstream appeal.

Deep in Vogue, for example, expands on the dance style known as ‘voguing’ and relocates the popular image of 1980s New York ballroom customs to the streets of Liverpool and Manchester. Influenced by fashion, symmetry and acrobatics, vogue has evolved over the years to become a highly stylised form of modern dance, as well as a major part of LGBTQ+ culture. On an emotional level, the tradition is a method by which its often marginalised participants find familial bonds, in close-knit dance collectives known as ‘houses’. Competing in ‘vogue balls’, these houses battle to prove their skill and dominance, both as a unit and individually. Through Deep in Vogue, Watson and Keighron-Foster take an intimate look at the ways that working-class northern culture blends into the proud nature of vogue as an art form. 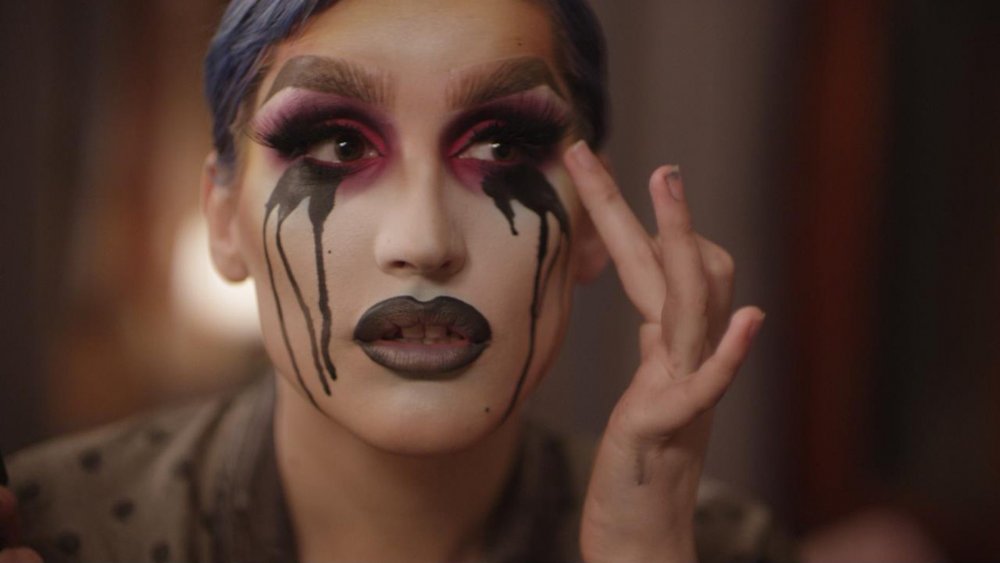 Boasting a diverse range of performers, Deep in Vogue follows two Mancunian vogue houses which look different on the surface, but find similar empowerment through dance after extreme disenfranchisement. The House of Decay, led by transgender make-up artist Grace Oni Smith and choreographer Joshua Hubbard, consists of a collection of queer-identifying people, many of whom have suffered from familial exclusion, transphobic bullying and financial difficulties.

The House of Ghetto, on the other hand, is run by “working-class, mixed-race northerner” Darren Pritchard, and highlights the beauty of black women, who are often overlooked within an institutionally racist society. One member, Kamille Gordon, details how she had all but given up her dreams of dance after becoming a mother – but vogue re-ignited her confidence.

Despite their separate focal points, both houses provide respite for minorities of all kinds, perfectly encompassing how ballroom culture can be a comfort for anyone who may need it. Frank discussions of everyday racism, hate crimes and gender imbalances populate the film: vogue is a means for the oppressed to tell their story, and relay their experiences to the world. For some, this is the reason that the north has embraced vogue as its own.

“[In Manchester] they understand what I’m on about when I talk about rising from oppression, they understand that here, and they get that here,” explains ball host and actor Rikki Beadle-Blair. “To me, this is the best place to do it: somewhere where, whether they’re black or gay or neither, they understand what it’s like to be under the thumb, and have to rise, and look fierce.” Through this representation, Deep in Vogue emphasises that art is not solely the arena of the middle classes; in the ballroom, your wealth is in your talent alone. Whether you’re dressed in a bedsheet or in designer couture, the opportunity to be incredible is equal, and creativity with meagre supplies is encouraged. 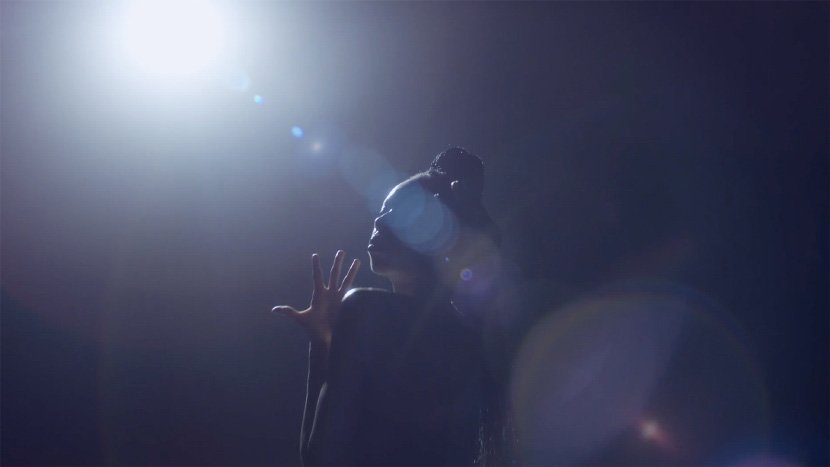 Whilst the vogue scene may originate from diversity, the art world continues to be inaccessible for most. Within filmmaking, the restrictions on working-class LGBTQ+ people run high, as the ability to pursue passion projects is usually a privilege for the financially stable.

Consequently, the gay art scene often feels centred around one image: that of the white, middle-class man, who may use his relative privilege to climb social ladders while others are permanently stuck on the bottom rung. Talented individuals such as Xavier Dolan, Todd Haynes and Derek Jarman are rightfully considered to be the height of artistic cinema, but it is no surprise that all are white men from reasonably affluent backgrounds.

The images of queerness on the big screen mirror this homogeneity, as the overwhelming mainstream appeal of films such as Call Me By Your Name and Love, Simon can be at least partially attributed to their focus on the safest depiction of queer culture for a heterosexual audience. With this in mind, it seems pertinent to ask: how can fans of queer cinema help to level the playing field, and encourage more films such as Deep in Vogue?

One answer lies in crowdfunding. Almost socialist in nature, campaigns on websites such as Indiegogo, Patreon and Kickstarter allow underrepresented communities to invest in their own cinematic future, and help filmmakers to put the stories of the working classes on screen. In this circumstance, the preferences of the majority do not come into consideration, and the financial situation of the filmmaker is dependent not on their background, but on their ability to advertise their talent to a willing audience.

In 2011, Leilah Weinraub’s community-funded Shakedown proved that this method can work wonders; the Kickstarter project for the documentary on underground lesbian clubs in LA raised almost $30,000. Released across the US in 2018, Shakedown documents a series of club nights in the late 1990s – a party scene dominated by queer black womanhood until the gentrification of Los Angeles led to the shutdown of the club in 2004. Weinraub’s documentary takes an inside look at a space otherwise completely neglected in cinema, and her camera is unafraid to capture the explicit side of queer existence. In Shakedown, black lesbian sexuality is given a platform free from the suffocating expectations of white, heterosexual culture.

Crowdfunding cannot be the sole answer to diversifying queer film, but connecting a community hungry for representation with filmmakers desperate for a radical audience is evidently a recipe for great things. More poignantly, this connection represents the crux of the queer community: as a group of individuals shunned from the mainstream, we have historically created our own safe environments to thrive within. It is, therefore, no surprise that it has become the responsibility of the wider LGBTQ+ community to work with independent filmmakers, and once more create a welcoming cinematic space for all. 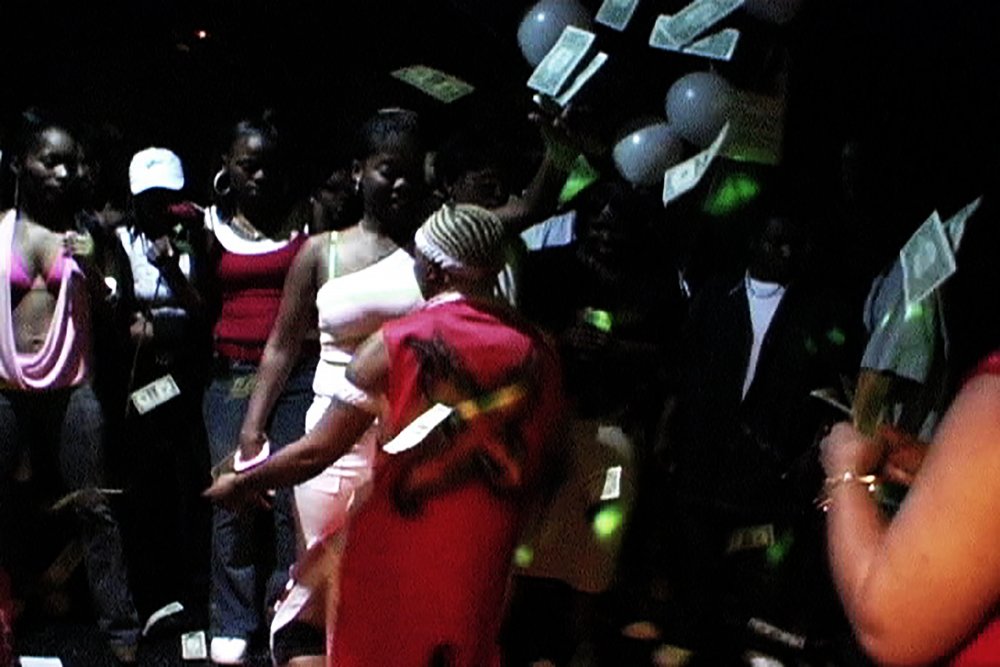 With no need to censor the voices of their subjects, filmmakers capture the reality of a queer scene rooted in ideas of freedom and equality, incorporating footage that may challenge preconceptions of sex, gender and society. Within Deep in Vogue, for example, one dancer shows off his rubber fetish collection; in Shakedown, lesbian sex is displayed uncensored in a scene featuring a strap-on. Safe from the male gaze, queer women may finally document their own sexual experiences, with no expectation to appeal to straight men. Equally, the queer working-classes may showcase their talent unencumbered by elitist judgement. In films such as Deep in Vogue and Shakedown, queer people do what they love not to make their fortune, but to express themselves authentically; crowdfunding, meanwhile, provides this opportunity to the filmmakers themselves.

From the politically charged vogue balls of Manchester and Liverpool to the underground black lesbian parties of Los Angeles, LGBTQ+ culture has always thrived on the periphery of society. Now, filmmakers have more means than ever to capture these historic moments, archiving them into a queer cinematic history that will define this generation’s desire to push boundaries, finding camaraderie rather than conflict in our differences. Through abandonment, violence, poverty and loss, there is family to be found in all places, and the opportunity to turn such pain into collective artistic expression. Deep in Vogue and Shakedown loudly remind the mainstream that the queer community does not begin and end with the Elios and the Simons of the world; this family exists in all colours, classes, genders and locations – and we are rightfully proud of that.