Turkish cinephilia in the time of Covid-19: quarantined but not forgotten

The coronavirus has privatised even the hardiest of Istanbul’s film-going community, and shuttered the two cinemas that served the city’s film festival. But analogue life will return. 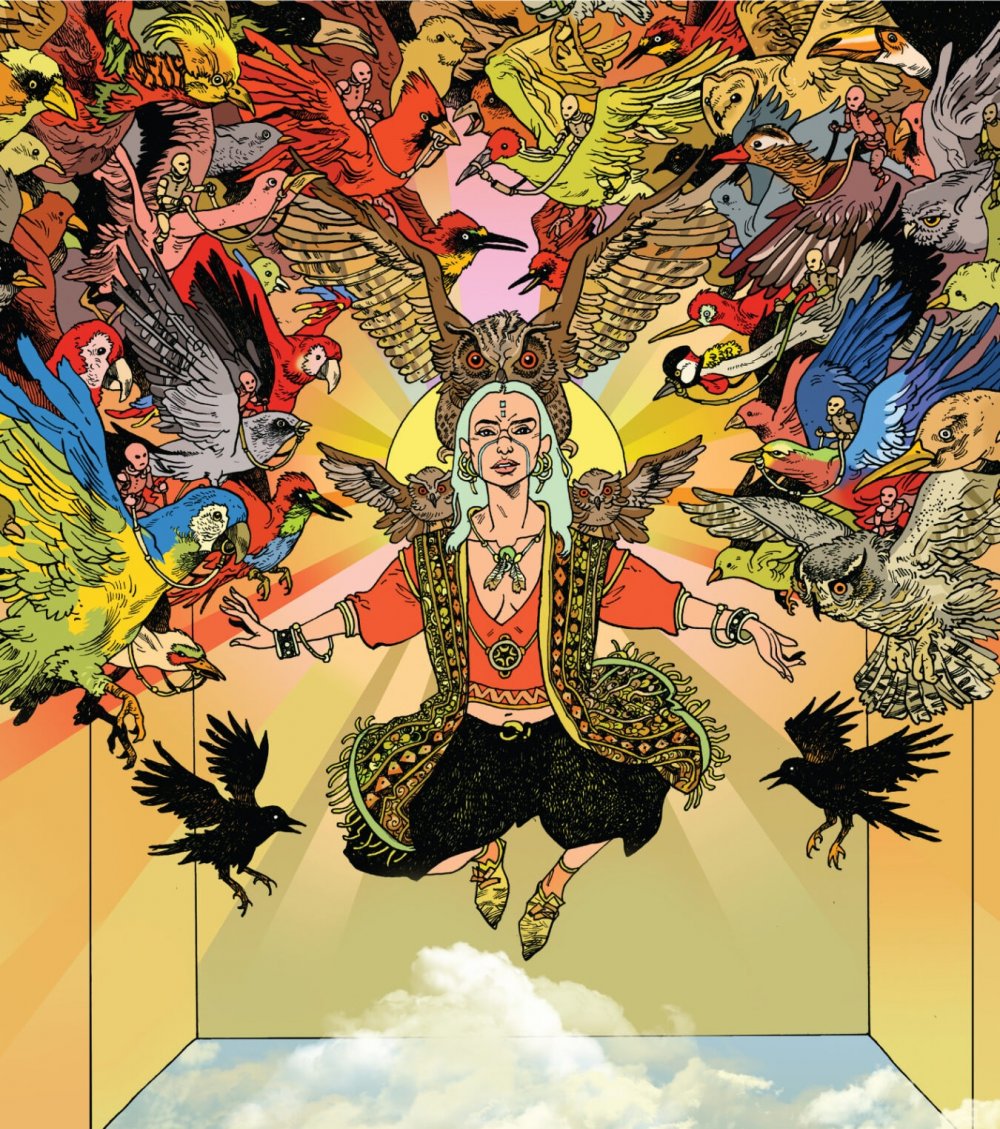 Coup attempts, terror attacks and economic collapse all failed to get Istanbul’s beloved Film Festival cancelled in the past four decades. But two days after Turkey reported its first Covid-19 case on 11 March, organisers announced their 2020 edition was postponed, forcing the City on the Seven Hills to spend April without its stalwart cultural event for the first time since 1984.

The 39th IFF prepared to pay tribute to Alfred Hitchcock: a retrospective of 15 restored classics which, programmers hoped, would “link young generations with Hitchcock’s genius” 40 years after the master’s death. The festival poster (pictured above) showed a meditating girl surrounded by violent birds – apparently visitors from the 1963 classic.

Soon after the postponement Istanbul cinephiles were dealt a new blow: Atlas and Rexx, two film theatres that served as IFF venues for decades, had gone bankrupt due to the lockdown and were closing down. 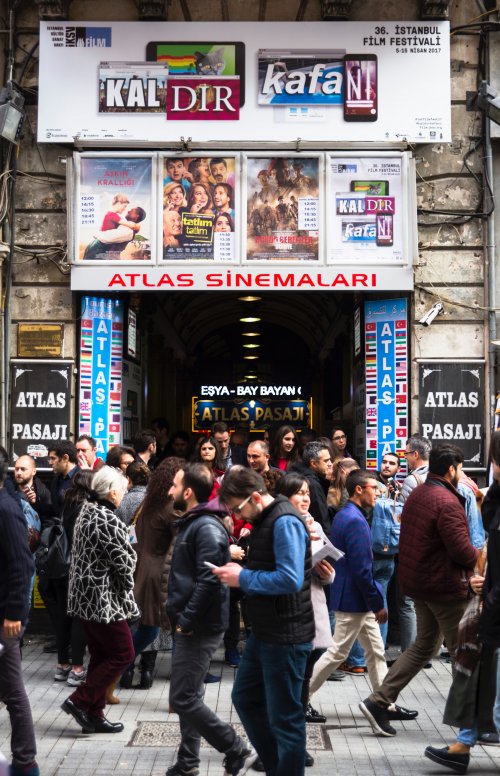 Locals sought alternatives and found one shortly before 10 April, the opening date of IFF. Kerem Ayan, the festival director, announced an agreement with MUBI, the arthouse film streaming service founded by the Turkish entrepreneur Efe Çakarel.

This was a revolution of sorts: IFF 2020 would be televised. A selection of 12 previous winners of the festival’s Golden Tulip award would be streamed between 10-21 April. MUBI’s coveted editorial section Notebook described “hosting a special version” of IFF as a “solution”, but not everyone would agree. “For festival-goers IFF equaled the spring season since 1984,” Ayan, the festival director, told me. “To minimise their trauma we offered MUBI as a solution, and most viewers forgave us for it.”

Ayan proclaims there has never been a comparable period in the history of film festivals except the wartimes; he considers this “intermission period” as a chance to catch up with world cinema at a time of overproduction in film content.

IFF is Turkey’s biggest festival, having reached four million viewers in 39 years, while MUBI amassed nine million subscribers in November 2019, twelve years after its inception. Polyamorous viewers may savour offerings of both: MUBI programmers use lessons learned from IFF and other festivals as they curate retrospectives and ‘MUBI Specials’ focusing on political emergencies, and MUBI’s ratings and review sections do create a semblance of community. 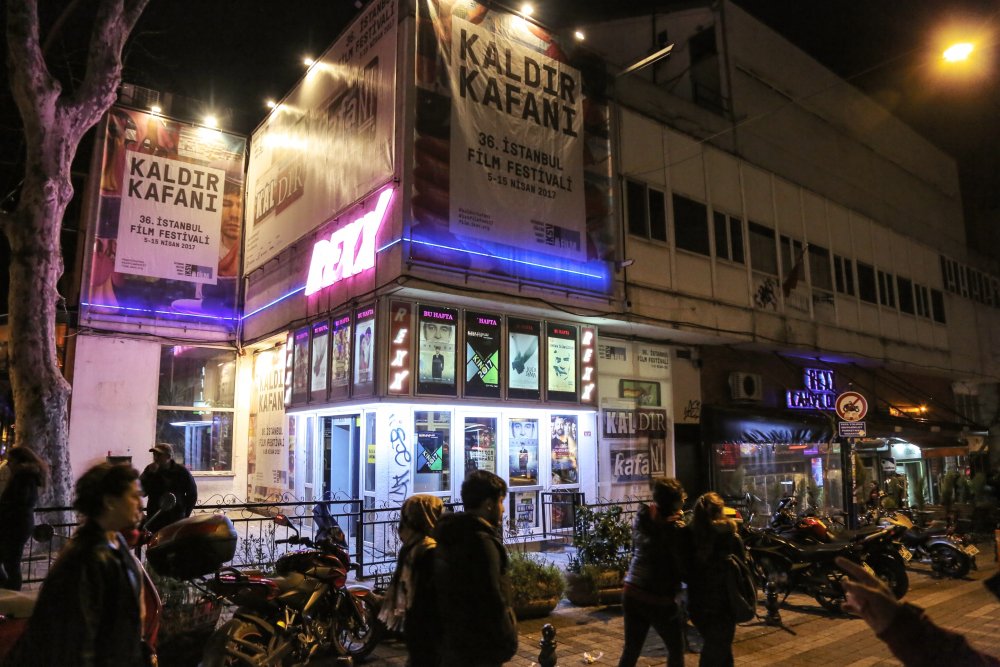 But MUBI lacks IFF’s psychogeographical advantages. Its film menu changes from country to country due to copyright issues. Its well-written synopses can’t compensate for experiences one has only at festivals: the joy of spotting a respected critic in a screening as the lights dim; remembering a superior Ozu film seen at the same theatre a few festivals back; unsolicited crit sessions with debut filmmakers outside exit doors.

Ayan doesn’t fear IFF will become dependent on streaming platforms. Netflix’s first original Turkish series, The Protector, premiered at IFF in 2019. “Collaborations between us and them benefit both sides,” he said. “Technology may shape film festivals and viewing habits but we won’t compromise on film theatres. Going to festivals and socialising with film buffs are among strong social bonds we won’t easily give up.”

Nevertheless, losing theatres and being forced to view films at home come as a defeat for Istanbul cinephiles who are famous for their commitment to public activism. In April 2013, between IFF screenings, thousands marched against the closure of Emek Theatre, the main festival venue. Police deployed water cannon and tear gas to violently disperse a crowd that included moviemakers Costa-Gavras, Mike Newell and Turkish film critics. 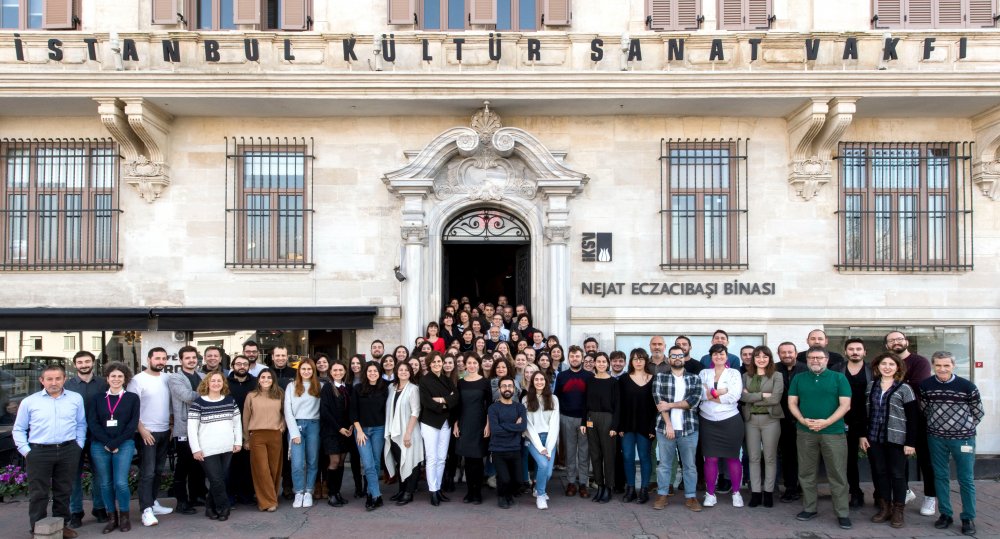 The anti-government rallies of 2013 at Istanbul’s Gezi Park started four weeks later. Those sympathetic to protesters’ cause blew vuvuzelas, clapped hands and banged pots every evening to show support. Despite the outrage Emek was destroyed; a kitsch shopping mall replaced it.

“Emek, Atlas and Rexx created their own audiences via our festival,” Ayan said. “We must preserve our model, founded on the bond between neighbourhoods, theatres and audiences. The assault on this model delivers a blow to Istanbul’s film culture.”

Still, there’s room for optimism: last week, Atlas announced plans to transform into a cinema museum in the autumn. Around the same time, the mayor of Kadıköy, from Turkey’s main opposition party, intervened to save Rexx. “Once we overcome the epidemic, we’ll sit down with the lender to discuss how to protect this precious cultural heritage,” he said.

Ayan is also keeping his spirits up. “I try not to be too worried about Covid-19,” he said. “With so much time on our hands we may discover what is really essential for us, as film lovers, and implement those in Istanbul’s cultural life after this crisis ends.”