How the coronavirus hit cinema

Like every other part of life, the business of making and showing films has been disrupted in extraordinary ways – and nobody knows what the future will bring.

☞ The numbers: the coronavirus effect on the UK box office 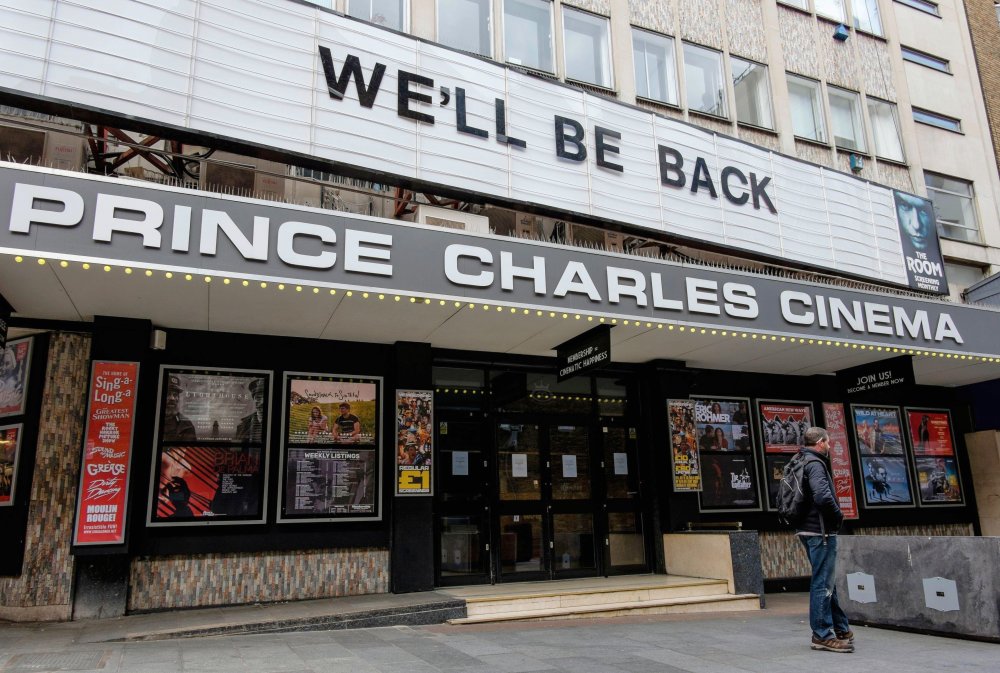 The Prince Charles Cinema in the West End of London has, along with every other cinema in the UK, closed its doors
Credit: Alamy

It was in the latter days of the Berlin Film Festival, toward the end of February, that coronavirus became a staple of film-business small talk. “Do you think Cannes will go ahead?” we started asking, as if the French festival’s cancellation three months ahead was the imaginable limit of the ruptures to come. Life comes at you fast, as the saying goes.

A few days later, the first coronavirus-related bombshell came from Hollywood: the long-awaited, long-delayed new James Bond blockbuster No Time to Die was booted from its scheduled release in early April, and put back seven months to the supposedly safe date of 12 November. The producers’ official statement made no mention of the pandemic, referring only to “a thorough evaluation of the global theatrical marketplace” – the coyness seems quaint now.

The 007 franchise has not been renowned for innovation over the years, but in this case, it proved decidedly ahead of the curve. Well before cinemas started closing internationally, studios and distributors started pulling their wares from the spring cinema schedule – from vast Disney blockbusters (Black Widow) to bijou BFI-backed indies (Saint Maud).

By the end of March, the weekly release slate looked as bare as the average supermarket pasta shelf. Only streaming behemoths like Netflix and distributors who had already ventured into simultaneous on-demand releases – like Curzon Artificial Eye, looking prescient with its Curzon Home Cinema service – are equipped to release new films digitally, while Universal, having already taken quick action with No Time to Die, entered uncharted waters by shifting three big releases (The Invisible Man, The Hunt and Emma) from cinemas to VOD months ahead of schedule. Needs must, and so on, but with the hitherto sacred theatrical window now shattered, not everyone is sure it can be repaired when – or if – normal business resumes.

For while the quarantined present is tumultuous enough in industry circles, the future is even more confusing. Hollywood trade papers are reporting a global box-office loss of over $7 billion from the shutdown so far, and the estimated price tag on the forthcoming lull in releases and production – with many projects forced to delay shooting or close down mid-shoot, at a cost of hundreds of thousands per day – has been estimated at $20 billion, a wild-sounding figure with no ceiling as long as nobody knows the extent of the lockdown. Blockbuster productions on pause include The Batman, an as-yet-untitled Spider-Man sequel and Disney’s live-action The Little Mermaid remake.

The Italian-based cinematographer Seamus McGarvey was mired in prep on a big-budget studio production in Los Angeles, set to start rolling in mid-July, when everything halted: “For the past week I’ve been in a strange cinematographic limbo, not knowing if I’ll be able to shoot it or not,” he says. “There is a significant amount of prep that can be done remotely, and we’ve been having daily meetings: work is progressing, and it has to. The film will happen, eventually.”

Many smaller-scale productions disrupted by the crisis don’t have that assurance. After two years gathering funding for a follow-up to her acclaimed first feature The Levelling (2016), the Glasgow-based writer-director Hope Dickson Leach was set to begin production in the US in May and June, and was going to shoot a trailer for an additional documentary project in March. Now, both plans hang in the balance.

“I don’t know how it’s going to happen,” she says. “The financiers have said not to worry, but if we’re talking about a delay of six months, a year, with tax incentive qualifications and so on – who knows?” Days after we spoke, independent British filmmakers and workers like Leach received an unexpected lifeline from Netflix, which donated £1 million to the BFI’s industry-backed : it’s a hopeful sign, but the need is great and emergency funds finite.

Meanwhile, the lifeblood of arthouse and independent cinema, the film festival circuit, is in panicked suspension, with no end in sight. The ultra-hip South by Southwest festival in Austin, Texas, scheduled for mid-March, was first to fold, announcing cancellation just a week ahead of time. Not covered by insurance, the festival has lost millions and laid off a third of its staff; whether it can return next year is unknown. Others to cancel outright include Tribeca in New York and Toronto’s Hot Docs, while Cannes, after weeks of stubborn insistence that it would go ahead as planned in May, finally announced a postponement to late June: the dates are unconfirmed, and few are certain the coast will be clear then.

Others have opted to go ahead in digital form. Copenhagen’s cutting-edge documentary festival CPH:DOX, which was due to start on 18 March, has made a number of its premieres available online to jurors and journalists, reasoning that remote coverage and socially distanced prizes are better than none at all. The BFI’s public-oriented LGBT+ film festival Flare, also planned to begin on the 18th, swiftly improvised a reduced At Home programme of 14 shorts and features via the BFI Player streaming service.

For Tricia Tuttle, the BFI’s director of festivals, the benefits of a digital Flare outweighed the drawbacks. Films need exposure: “Festivals really can help smaller distributors, producers and rights holders find their audiences – particularly LGBTIQ+ fests and audiences.” The crisis has jump-started innovations that festival directors were already thinking about: “This is an idea we have been working towards for several years, and I see online iterations of film festivals very much as part of the near future,” Tuttle says. As for this year’s BFI London Film Festival, she assures me they are “very much planning to deliver”, and digital meetings and online film viewings are in full flow.

Still, there’s more doomsaying over the landscape ahead, whether it’s about once-secure films that may never reach the production stage, or about scores of cinemas that might not survive months of closure. Blockbusters may not suffer much from being moved back a season or two, but smaller titles may get lost in the crush when the gates reopen. How many potential festival successes will fall below the radar – or into unmarketed VOD anonymity – if the red carpet remains rolled up?