Kaya Genç recalls a film connoisseur and benefactor who instilled his passion for cinema in generations of film students, both in person and through Istanbul’s vital Mithat Alam Film Centre. 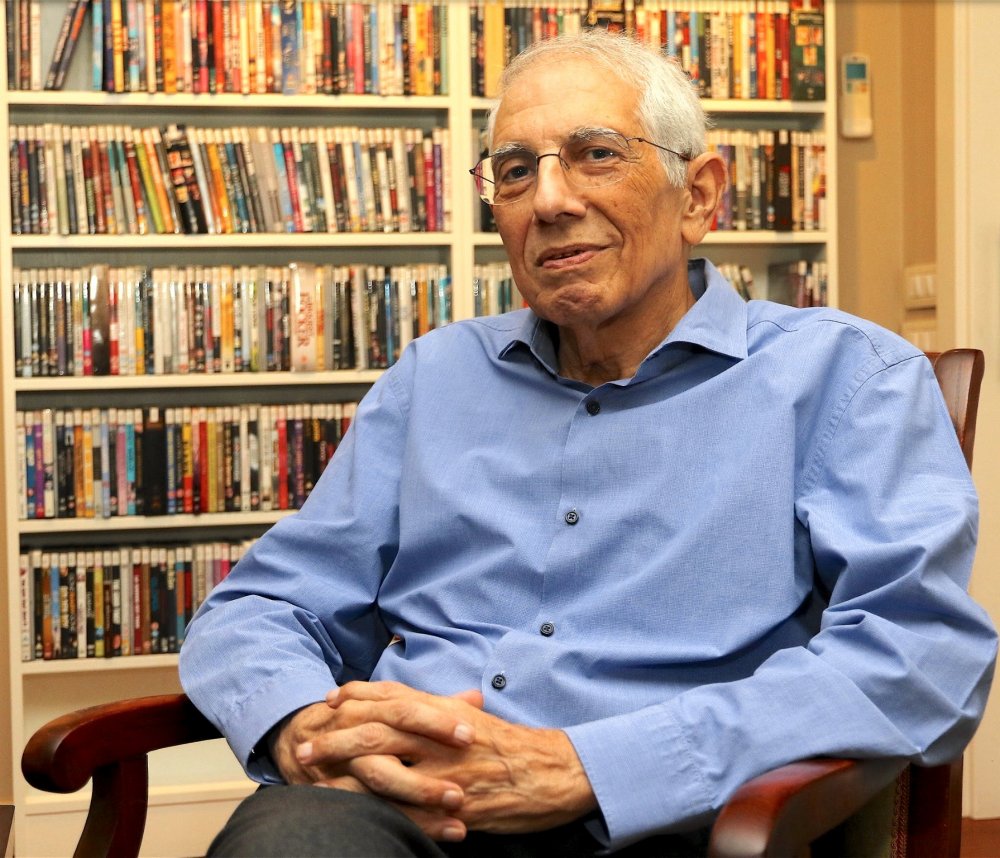 The name of Mithat Alam, the most devoted cinephile I have met in my life, was trending on Turkish Twitter on one Monday in December. In a politically turbulent country struck by Isis attacks and a coup attempt, seeing the image of this well-mannered, bespectacled, silver-haired gentleman inspiring conversation came as a surprise. It was bad news: after a brief illness the man who had devoted all his time, wealth and energy to disseminating film culture in Turkey had passed.

Alam was not a television personality like Gene Siskel. He was rarely seen at awards ceremonies; neither was he part of the critical circles that hand out prizes at film juries. He did not have a reputation as a film critic in a national paper. So how did this reticent man, who has spent much of his time in the comfortable screening room of his house, become a household name in Turkey? Why had hundreds of people who knew him, myself included, teared up after hearing the news?

You had to meet the man to get an answer. I first did in the early 2000s, when I was working for a Turkish film magazine alongside Umut B. Dönmez, a young economics undergraduate from Bosphorus University. One day over cups of Turkish coffee during our lunchbreak, Dönmez told me about film screenings organised by a wonderful man at his home for students at Bosphorus University. 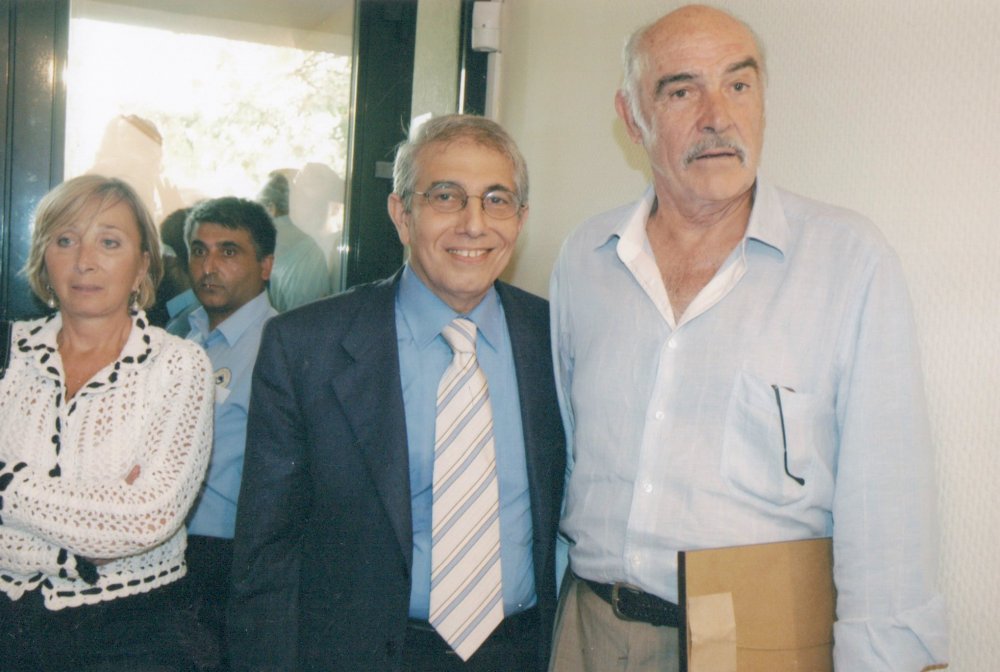 On a Saturday morning I took a bus to the Anatolian side and met Alam – a short man wearing striped shirts and grey trousers. He had the air of an awfully nice and intellectual businessman, which in fact he had been for much of his life. The walls of his house were lined with more than 7,000 films, which he had meticulously archived over the course of his life. As soon as we got to watching the film scheduled to be screened that day, Jean Eustache’s The Mother and the Whore (La Maman et la Putain, 1973), Alam’s manner changed: he resembled a film undergraduate, eager to discuss art with his fellow students.

Our group consisted of a handful of cinephiles. The sofas were comfortable. There was properly brewed tea. Delicious biscuits were on offer. I could easily see the attraction here: this was a man who was happy to spend his weekend watching a 210 minute-long avant-garde French film about youth. Alam had the same youthful passion as us, something we feared we might lose when we became adults. Well, he had not lost it: he had matured with this passion for cinema. We all wanted to grow up like him and become people who felt most at home when appreciating great art. 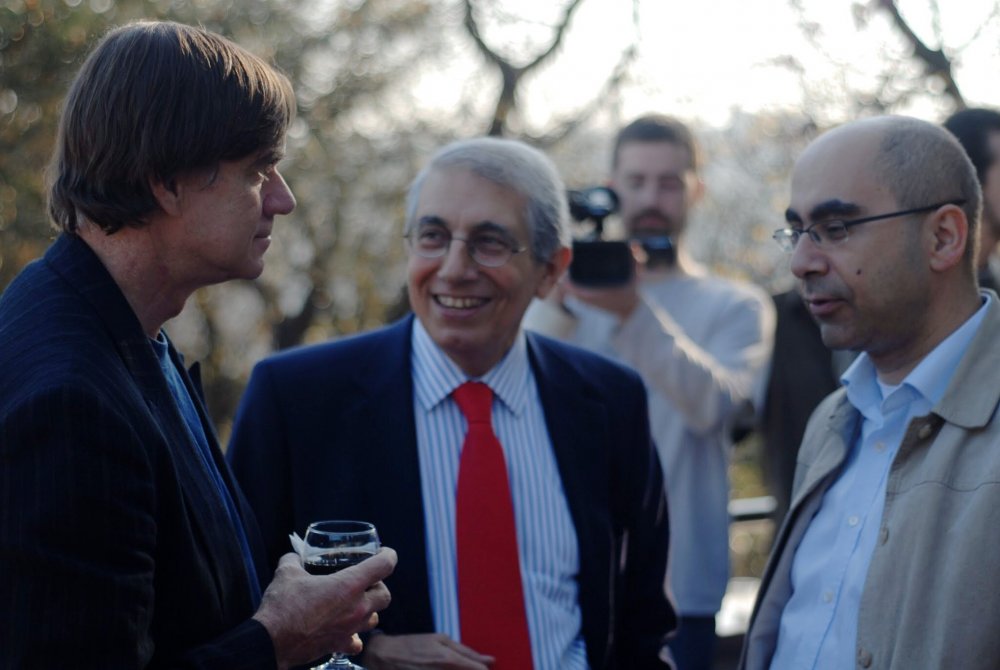 Born in 1945 in Istanbul, Alam was the son of a businessman. He began to take an interest in cinema aged nine and kept notebooks where he wrote about films he had seen. Soon after graduating from Istanbul’s prestigious Robert College, set up by American missionaries, Alam lost his father. He would spend his 20s and 30s running his father’s business, representing British firms in Turkey. It was around this time he became a frequent visitor to Britain.

One day I asked Alam to give me a sense of how he felt during those days. He remembered flying to England on a Tuesday and traveling to Manchester to finish his business. Then, on a Friday night, he would go back to London where he would watch five films over the weekend. In his 40s, Alam experienced a midlife crisis, realising that he wanted to devote his life to cinema.

It was around the same time that Alam was invited to Bosphorus University to give a talk about cinema. This was his old school and he was very nervous, but the one-hour talk proved a phenomenal success and soon he was leading film seminars at the university. The more he visited the campus, the more Alam wanted to do something to help. He ended up giving a considerable portion of his wealth, around $700,000, to the university fund in order to set up the Mithat Alam Film Centre. It was under the roof of this centre that Altyazı, Turkey’s leading film magazine – often referred as the Turkish Sight & Sound – was born. 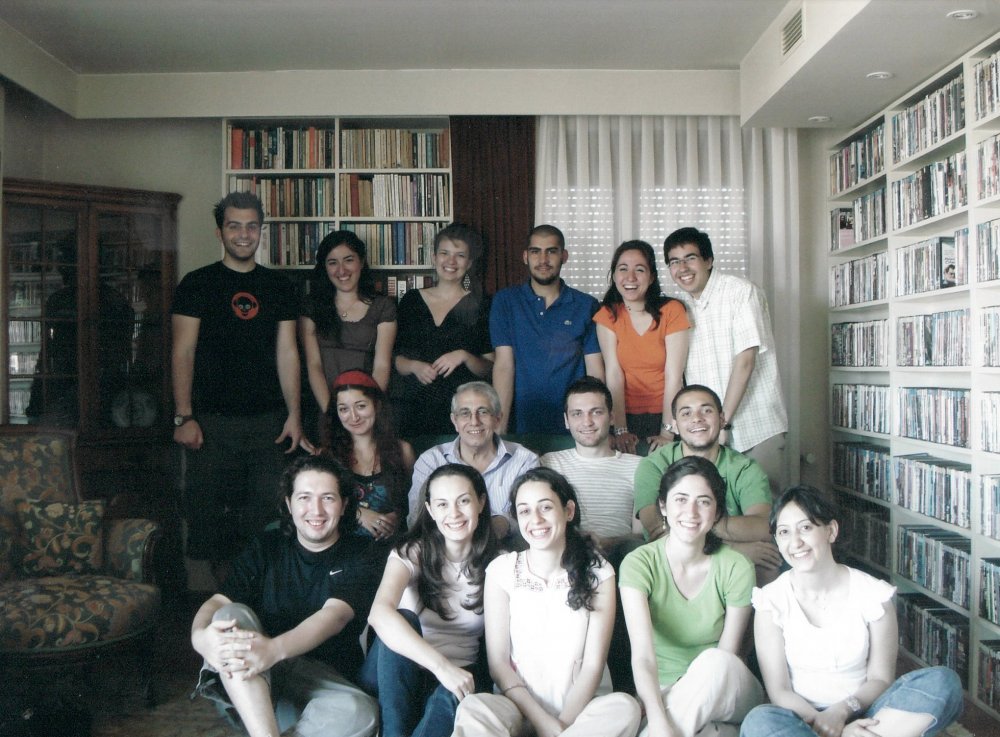 Mithat Alam (centre) with students in his living room

Alam’s students soon found themselves rubbing shoulders with people such as Gus Van Sant, Ken Russell, Claire Denis, Costa-Gavras and Neil Jordan, who came to the centre to give talks. Students would go to dinner with them afterwards, and talk about their shared passion. Some of Alam’s cinephile followers became administrators at the centre, lecturers on cinema, script doctors and producers. Dönmez, who introduced me to Alam, published a book on him, The Man Who Loves Films, weeks before his death. Others, such as Seyfi Teoman and Emin Alper, went on to become leading names among a new wave of Turkish filmmakers.

Alam used to joke about students who thought he was dead. Cultural institutions, after all, were often named after dead philosophers and philanthropists. Alam, in contrast, was one of the most animated people I ever met. I remember an evening at his house when I saw Antonioni’s L’Avventura (1960) for the first time with Dönmez and Alam. It was one of his favourite films. After we finished watching it, I knew it had become a favourite of mine as well. It was late in the night when our conversation about the film came to an end.

As we prepared to leave Alam’s apartment I thought I’d fallen in love with the film, and I would later name my first novel after it. Only now, as the man who had instilled in my generation of cinephiles a profound passion for film has left us, do I realise that Alam’s love for the film had moved me much more than the film we had watched together in silence.