Film of the week: Life Itself 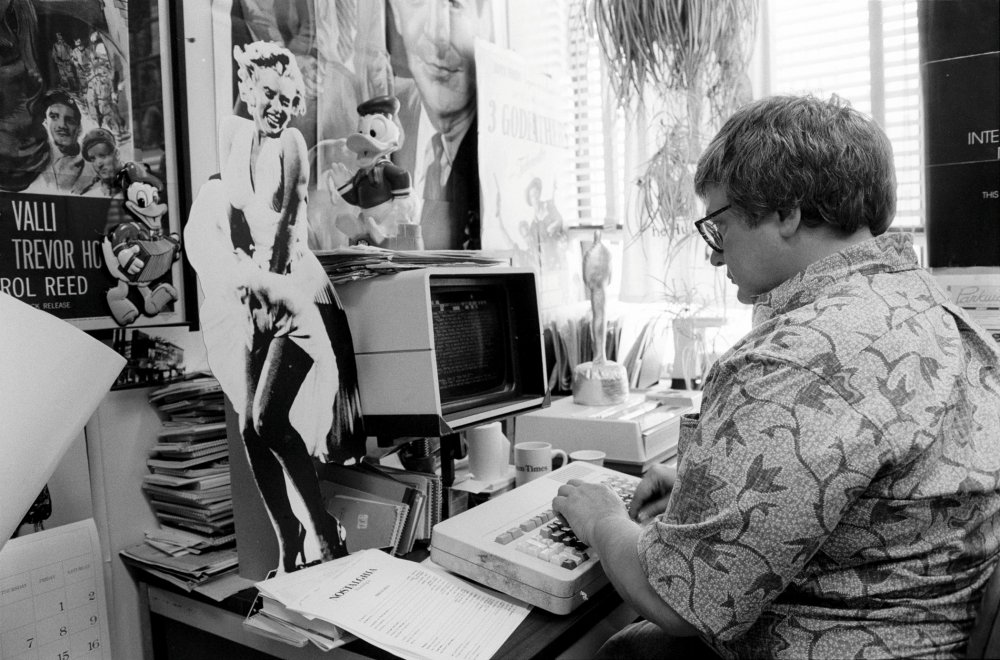 Every reader knows how it feels to be intimately familiar with a writer’s ‘voice’ and then be surprised to learn how he or she actually sounds – too high, too nasal, too fast, too southern, not southern enough. Chances are it’s been a long time since anyone had that experience with Roger Ebert. For all the appeal of the “clear, plain-spoken, Midwestern style” that film critic Ebert deployed on the page – to borrow a description used by the New York Times’ A.O. Scott in Steve James’s affectionate and thoughtful portrait – his voice may have been his most readily identifiable attribute, arguably even more so than the ever-so-powerful thumb that he wielded alongside his longtime TV partner Gene Siskel as they determined which new releases would gain their blessing and which would be named ‘Dog of the Week’.

That’s why it felt like such a shock to lose that voice when it was silenced with the removal of Ebert’s lower jaw in 2006, a brutal skirmish in the 11-year battle with cancer that ended in 2013. Of course, Ebert himself wasn’t silenced by the surgery – far from it. Indeed, a more personal and intimate voice would emerge in the voluminous array of blog entries, reviews and other writings with which he filled his final years. Material from those blogs would form the basis for the moving 2011 memoir with which James’s film shares its name.

But one of the most fascinating aspects of Life Itself is how it becomes a catalogue of Ebert’s various speaking voices as well. Along with the familiar sound of its subject in the many archival clips – which chart the critic’s transformation from the skittish nerd introducing Ingmar Bergman films in his first on-camera gig in the early 1970s into the tuxedoed jetsetter hobnobbing with Robert De Niro in a Cannes report for his TV show in the 1980s or holding court at Boulder’s Conference on World Affairs in the 1990s – there’s the Mac-generated version of his last years, in which he refused to allow his disfigurement to prevent him from continuing his life as one of cinema’s most impassioned and most public advocates. And while you may expect his voice synthesiser to be the least mellifluous, it’s actually more jarring to hear the eerily Ebert-like sound of Stephen Stanton, an impressionist enlisted by James to read passages from the memoir on the film’s soundtrack.

Plenty of other people get the chance to speak here too, a fact that makes James’s film less of an adaptation of Ebert’s memoir than an equally rich and engaging companion piece. In fact, James succeeds in going beyond the usual hagiography by devoting greater attention to thornier subjects such as Ebert’s complicated dynamic with Siskel, as well as the massive and not necessarily positive impact their show had on the ways movies were received, perceived and marketed. 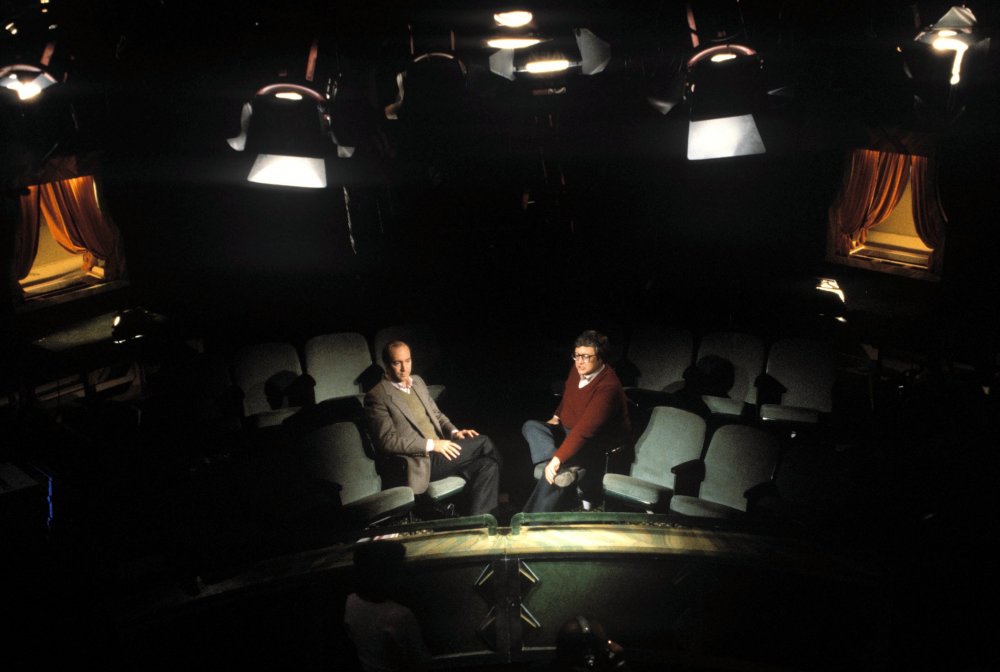 ‘A sitcom about two guys who lived in a movie theatre’: Siskell and Ebert recording At the Movies.

Never before had lowly reviewers become celebrities themselves, though Siskel and Ebert’s show Sneak Previews (and its successor At the Movies) was a phenomenon that seems unlikely to ever be repeated. For one thing, even the rare critic who possesses a fraction of Ebert’s expertise and tenacity struggles to be heard in the crowded pack of thumb-wielders in the blogosphere, a community Ebert actively fostered in the final stage of his career. For another, the show’s popularity had less to do with the hosts’ critical acumen than their determination to never let the other one have the last word – the result was something other than a show about films that happen to be good or bad. It functioned more like, as Richard Corliss puts it here, “a sitcom about two guys who lived in a movie theatre”.

Unsurprisingly, the story of their often rancorous partnership is the most compelling strand in James’s film, though Ebert’s less prickly and more generous side is duly praised by his wife Chaz and many of the filmmakers he supported (a group that includes James, whose landmark 1994 doc Hoop Dreams benefited greatly from Ebert’s thumb). With the man’s passing, American film lost not just an inimitable figure but a voice that was as forceful and distinctive as it was ubiquitous. 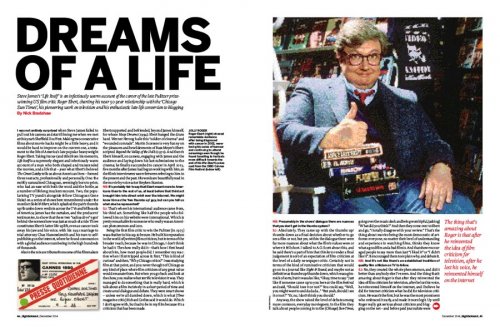 Dreams of a life

Steve James’s Life Itself is an infectiously warm account of the career of the late Pulitzer prize-winning US film critic Roger Ebert, charting his near 50-year relationship with the Chicago Sun-Times, his pioneering work on television and his enthusiastic late-life conversion to blogging. James talks to Nick Bradshaw.

Related to Film of the week: Life Itself