This summer has seen a sudden round of layoffs from another of the old-film-world trades. Is this cyclical, or terminal, asks Nick James? 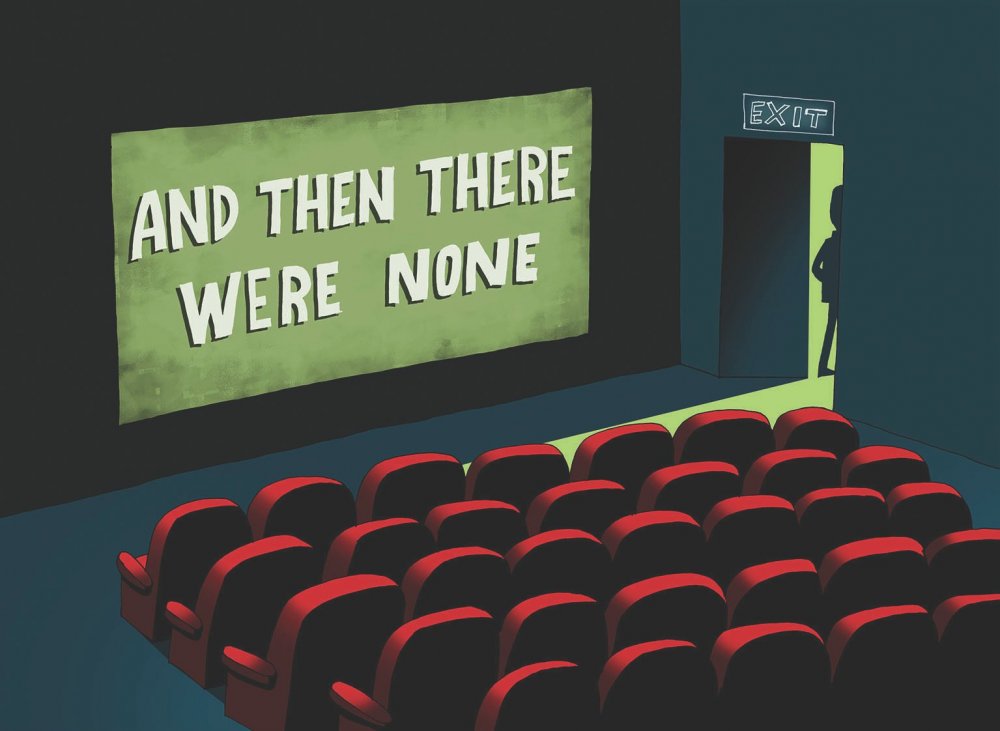 More than five years have passed since this column noted (see S&S June 2008) the escalating number of professional US film reviewers who had lost their jobs as a result of print publications ‘rationalising’ their staff in reaction to the influence of the internet. Subsequently we learned that film critics were merely the canaries in the coalmine as the whole profession of journalism underwent a crisis of confidence and many titles downsized or closed.

The argument that – as far as print was concerned – publications should jump wholesale for an online market that promised only uncertain and insecure sources of revenue became dominant. And, of course, that same year, 2008, saw the worldwide financial collapse that dogs us all to this day.

UK film critics, however, seemed to be preserved. Being a small country and having national newspapers as the norm, rather than regional ones, gave the fourth estate a greater sense of solidity, however illusory. But the UK press could just about afford to let others elsewhere make mistakes first and learn from them.

In the last couple of years the frenzied debate about online being either a saviour or a catastrophe has ratcheted down. Some papers have made paywalls work, others believe huge reach will restore a position where patronage and advertising underwrite the cost of free reportage – even if it makes the writing more of a hostage to its own ratings (that is, how many people read the piece). And some talented new writers have made their name online and been picked up by more ‘official’ media. Before this summer, I’d have said a sort of equilibrium, however temporary, had been achieved.

If you remove quality writers to trim budgets, your brand will suffer

But if you’re one of the cadre of UK weekly newspaper critics, that’s not how it looks right now. It’s worth painting a small portrait here. For quite a long time the same august people were present at the press screenings for weekly critics. Peter Bradshaw (Guardian), Sukhdev Sandhu (Telegraph), Anthony Quinn (Independent), Nigel Andrews (Financial Times), James Christopher (Times), Christopher Tookey (Daily Mail), Philip French (Observer), Jenny McCartney (Sunday Telegraph), Jonathan Romney (Independent on Sunday), Cosmo Landesman (Sunday Times) and Derek Malcolm (Evening Standard), to name only the most prominent. In any profession you expect some change, and so Kate Muir replaced Christopher at the Times in 2010, and Robbie Collin was drafted in from the News of the World to replace Sandhu in 2012.

This last summer, however, has seen a swathe cut through the ranks of chief film critics. The most symbolically important change has not been forced: the retirement of Philip French, a critic of such deep knowledge, rich understanding and wide enthusiasm that he stands alone.

Yet his departure has coincided with some rude removals. The Independent on Sunday got rid of all its arts critics in one go, including Romney, and its weekday sister paper said goodbye to Quinn. Landesman was replaced by the columnist Camilla Long, Tookey announced his contract would not be renewed and the seemingly indestructible Malcolm was finally taken off what looks like his last reviewing gig.

This cull prompts me to a few conclusions, but before I relate them, let me say that I mean no disrespect in what follows to the new writers drafted in.

First, it seems many publishing outlets around the world have forgotten that their brands were built on the quality of their writers, and that if you remove quality writers to trim budgets, your brand will suffer.

Second, the Independent group’s policy on arts coverage seems not to understand why people read newspapers (in hand or online) so I’m led to ask if it’s a deliberate act of self-destruction or a reach down-market.

There’s also another way of looking at the reduction in UK film critics. Alexander Walker, the notorious Evening Standard critic who died a decade ago, used to say that in the 1960s and 70s you could fit the entire British film press corps into the back of a Mini.

But from the 1990s onwards, media coverage of film boomed – perhaps we’re just returning to the pre-boom status quo. Or, worst of all, you might think that if you can read anyone you want on any film for free, few critics will survive the global beauty contest.

But if critics have become less important it is partly because of the climate of fear the lack of jobs creates. Walker, for instance, was often outrageous and unforgettable in his views. Hardly anyone risks their reputation that way now.

And at the same time the civilised, educated, deep-textured world French represents seems to be drifting off towards some distant horizon. We may not see its like in newspapers again.