This year’s programme was about more than just big-ticket premieres, offering local filmgoers precious access to word-of-mouth independent movies – an opportunity all the more welcome amidst the current battles over distribution models and windows. 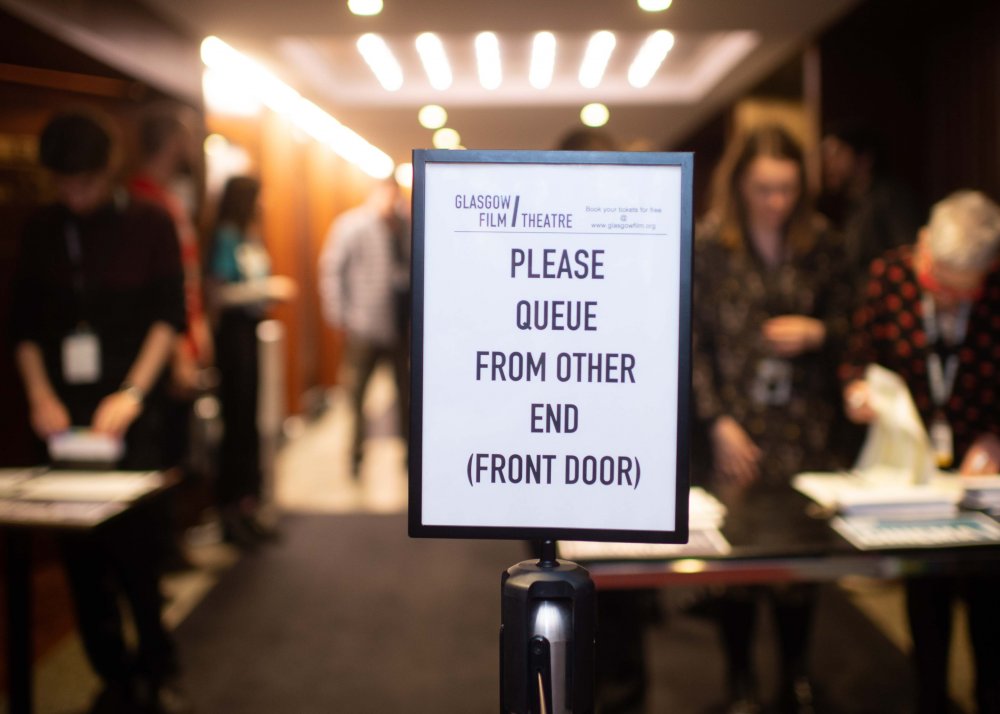 Word on the block following the launch of the 2019 Glasgow Film Festival programme was that the fare was ‘underwhelming’ and maybe not up to much compared to the 2018 edition. Certainly, it lacked the names-in-lights glamour of Lynne Ramsay’s You Were Never Really Here, or the intrigue of Karen Gillan’s directorial debut The Party’s Just Beginning. But as GFF proved this year, programming is not all about the stars that burn the brightest. The event’s various strands formed a constellation of indie films, festival-circuit darlings and old favourites that lit up screens across the city and packed out theatres for 12 days of cinema.

The 15th Glasgow Film Festival ran 26 February–8 March 2019 at venues around the city.

On the 16-strand programme were three world, 90 UK and 31 Scottish premieres, a wealth of ‘special event’ films and the addition of the city’s newest cinema, the Everyman. While the scale of the line-up felt baggy when taken as a whole, with the different strands compiled like abstract images in a Vertov montage (Modern Families next to Belgian Cinema intercut with FrightFest), the broad range of genres and voices offered something for local filmgoers eager to sit outside the comfort zone of the multiplex. And, of course, the real delights of montage are the stories and meanings that we make for ourselves without being told how to interpret the images.

Patterns emerged in unexpected places. The painful joys of teenage experience skated off the roof and hit you in the face in indie-brat festival opener Mid90s, achingly funny Eighth Grade and the explosive boxing drama Float Like a Butterfly. Memories were lost and regained in Agnieszka Smoczyńska’s anxious psychodrama Fugue and Carol Morley’s esoteric murder mystery Out of Blue. Over two days audiences could also compare Dev Patel’s performances in Hotel Mumbai and The Wedding Guest – and probably conclude that both films were ultimately carried by an enormously empathic actor in need of better advice when choosing his scripts. 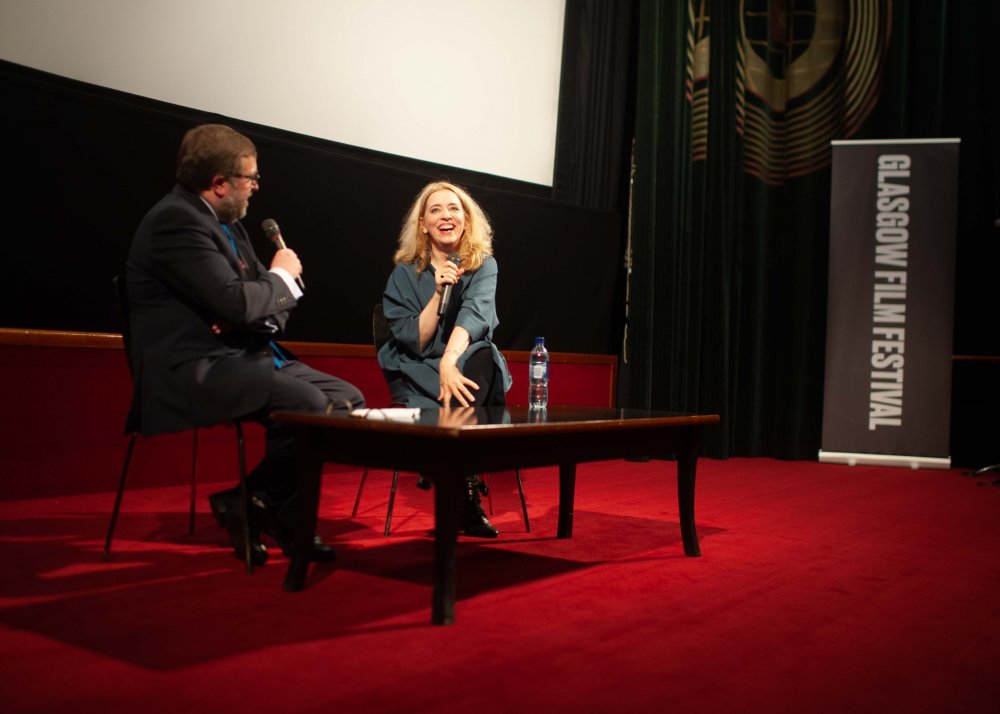 All of these films, and many others on the programme besides, had previously played at other international festivals, including Cannes last May, or Toronto last September. But as the Great Distribution Wars of 2019 heat up, GFF’s programming is a welcome reminder that some exhibitors are truly invested in serving their audiences. Whatever your opinion on the Spielberg vs Netflix debacle, its impact is already resonating throughout the industry. On 5 March, Picturehouse announced a new policy demanding films have a theatrical window of 16 weeks, with the gap between cinema and home entertainment releases shutting out Netflix-distributed movies such as Roma. But it also excludes films distributed by cinephile sweethearts (and Picturehouse exhibition rivals) Curzon. The future of arthouse and indie cinema on the big screen looks bleaker with every anti-Netflix hand grenade that exhibitors throw a little too close to their own feet.

Then there’s the issue of… waiting. Despite our everyday expectations about speed, and optimism about online accessibility in the 21st century, the 2017 hit Lady Bird took three months to travel from the US to the UK for its theatrical release. Similarly, Eighth Grade went on general release in the US in July 2018 but audiences in the UK will have to wait until this April. Its inclusion on the GFF programme, therefore, is hardly evidence of a festival securing last year’s outdated fare. Rather, it seems that the festival’s curatorial team is keenly aware that they serve local audiences eager to see films that only exist for them in online reviews and keen imaginations. 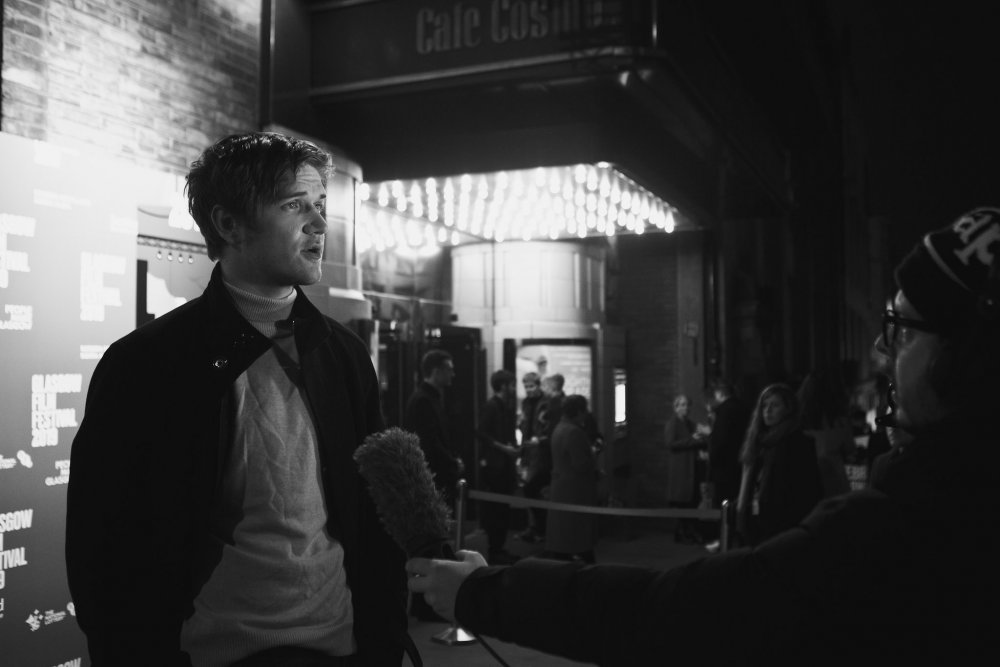 Precisely who local audiences are, though, is something that the festival needs to reckon with. Although Glasgow’s population is diverse, and the city is home to large numbers of refugees, audiences and talent programmed at the festival remain incredibly white – an observation made by many attendees I spoke to.

Gender representation is improving: 60 per cent of films in the Audience Award category were directed by women, and high-profile features sat alongside brilliant female-directed shorts, including We Are the Weirdos 2 curated by The Final Girls in the FrightFest strand. It’s heartening to hear GFF programme director Allison Gardner flag the festival’s commitment to championing women filmmakers and to see a black woman director in the marketing campaign. In future, GFF, like most other general-audience festivals, need to ensure that it gets more black women and other people of colour inside cinemas, too, and there’s still work to be done on trans inclusivity, and improving disabled representation throughout the festival.

Overall, though, the 2019 GFF programme delivered a welcome antidote to the everywhere-all-at-once blanket-release blockbuster, and the read-it-and-weep scarcity of indie films beyond international festival circuits. It’s a celebration of local filmmakers in the heart of the city that also extends the programmers’ privilege of travelling to international screenings to the people back at home. GFF doesn’t need to chase headlines and reviews with mass-appeal red-carpet glamour because it’s not a festival for film critics. It’s for ordinary filmgoers, and as the precariousness of our access to independent cinema reminds us, that’s something we should all be celebrating.