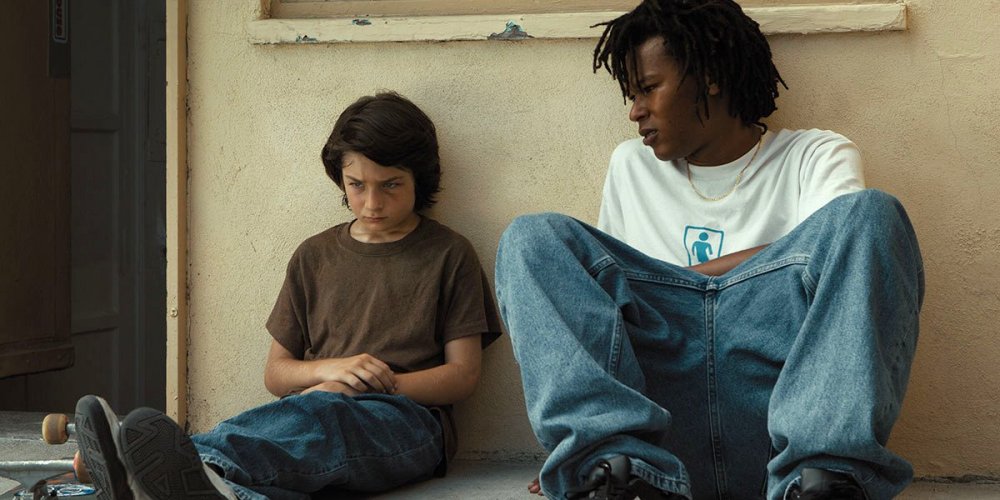 Sprite of passage: Sunny Suljic as Stevie and Na-kel Smith as Ray in Mid90s

Is it gay to say “Thank you”? Can black people get sunburnt? Would you rape your parents if you had to?

I’m not the person asking these questions. The pack of scrappy, early teen boys in Mid90s go back and forth with problematically curious triggers to prove themselves cooler, without minding what any of it means. No one is worried about offending. They just want to fit in.

Stevie (Sunny Suljic) is smaller than the other kids. He’s smaller than his brother Ian (Lucas Hedges), which means he’s easier to chuck around; against the wall, into the floor, off his skateboard with only his backbone to break his fall. He’s a skinny, grinning 13-year-old who walks into a skate shop and sees an opportunity. If he hangs around for long enough and falls harder than the rest, they’ll have to think he’s cool, right? 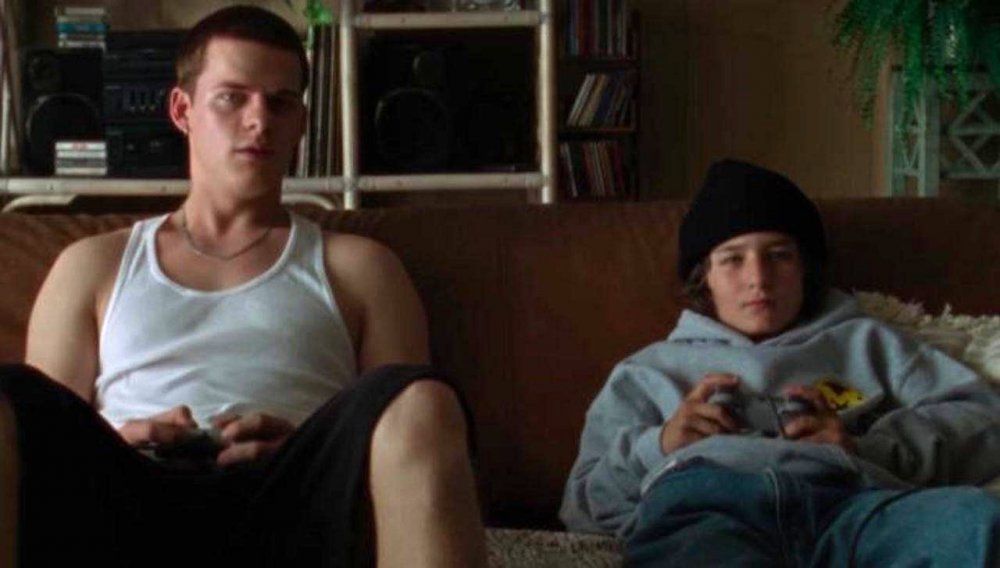 Lucas Hedges as Ian with Suljic

Movies about coming of age have been on trend for a while, but Mid90s carries a breeze that feels fresher. In his directorial debut, actor Jonah Hill drops the angst in favour of rough edges and spiky energy. Stevie screams and he cries, but he also doesn’t stop laughing against pain, or in fear; running away in a concrete-jungle race from the cops, lifting his head from the board he uses as a pillow, wailing at his mother (a brilliantly lonely and understated Katherine Waterston) until his voice exhausts.

There’s something about the candour of these kids that lets a little bit of magic seep through the wheels they ride on. It’s not so much about the metaphorical importance of skating as a poetic symbol for becoming a man, or about the psychological dregs of growing up with a single mother and a bluntly abusive older brother; what matters the most is the intense fun with which Stevie finds his feet.

Hill could have trusted his hurricane kid to carry the film with a charming and ballsy performance all on its own, but thanks to the sharp, electric attention the director gives every aesthetic inch of this uplifting time capsule, he launches it into the stratosphere. From the postcard-perfect super 16mm frame to the eclectic and evocative soundtrack, no corners are cut to celebrate the authenticity of an age where the culture you consume and the way you prove it matters just as much as who you really are. 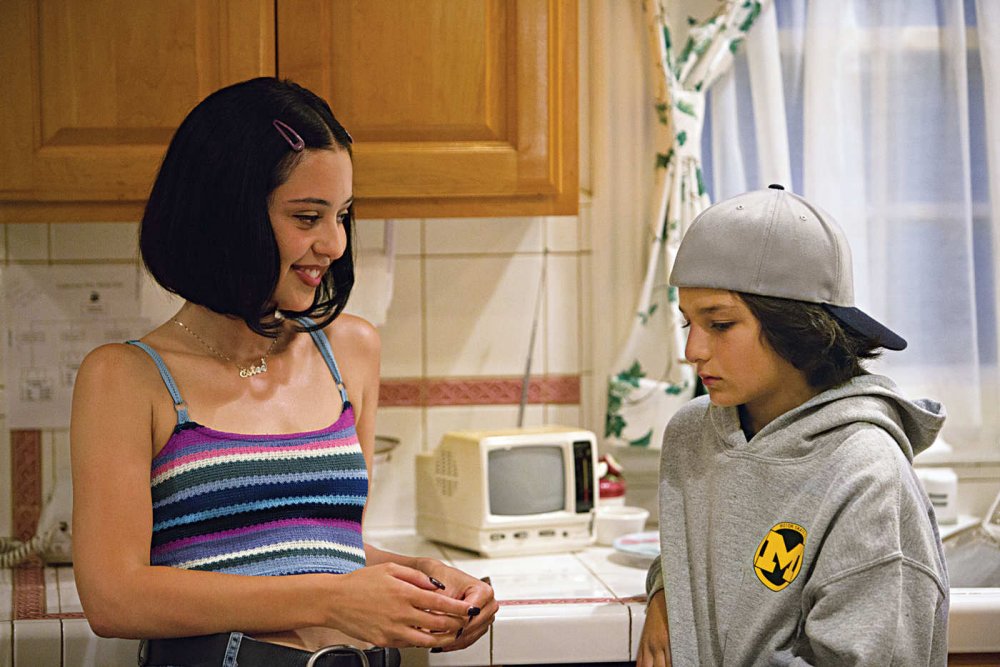 Alexa Demie as Estee with Suljic

There’s a fine line between what’s quotidian and what could be tragic, in the way that Stevie tests every area of his life for potential disaster. Embarrassment is the most powerful form of suffering, so every vice must be explored in order to escape from anything that could perceived as mediocre. Stevie’s legs don’t touch the ground when he sits on a bed kissing an older girl, and when he wakes up in hospital, all that matters is what will be written on his cast.

So many things could go wrong in the early stages of the rest of Stevie’s life, and some of them do. But what makes Mid90s an endlessly enjoyable, uplifting debut rather than a tragically melodramatic dud is its spirit: a higher pitch, a louder cheer and faster legs, at 13 years old Stevie is an invigorating, unapologetic, chutzpah-ridden force of nature. He gives this film his flesh and soul, and the film gives its audience a brave, confident heart.