I, Tonya review: a chilling story of thwarted ambition 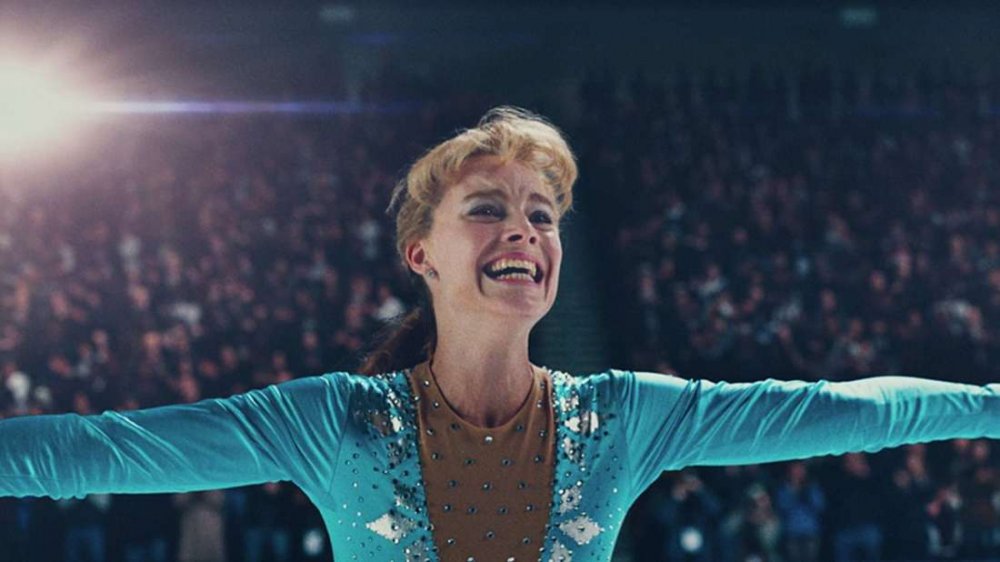 Margot Robbie as Tonya Harding in I, Tonya

In its telling of a fascinating real-life story about the against-the-odds experiences of a remarkable woman, I, Tonya has much in common with Aaron Sorkin’s Molly’s Game. Both feature thwarted sporting ambition, pushy parents and gender-specific persecution as key narrative themes, and both are fuelled by smart writing, skilled direction and exceptional performances. Technically, both utilise fast cuts, intimate camerawork, an evocative soundtrack and effective voiceover, though I, Tonya takes the last to greater extremes by having characters speak directly to camera at opportune moments.

Whereas Jessica Chastain’s Olympic skier turned professional poker maestro Molly Bloom becomes a major player in an opulent world of glamour and celebrity, Margot Robbie’s figure skater Tonya Harding finds herself struggling to break free from her impoverished Oregon roots. Her incredible talent on the ice should have brought with it international glory – not least because she was the first female American figure skater to land the devilishly difficult triple axel – but, thanks to her unwitting implication in a 1994 attack on fellow skater Nancy Kerrigan, she became famous as a cultural punchline.

Robbie’s performance is nothing short of transformative; organic and visceral, it’s light years away from more superficial turns in The Wolf of Wall Street (2013), Focus (2015) and Suicide Squad (2016), and goes far beyond a series of wigs. Robbie embodies Tonya’s hard edges, sharpened by a lifetime of ill treatment, with every movement; she holds her spoon in her fist as she eats, grinds her cigarette butt out with her blade. Off the ice she is never at rest, a ball of tension awaiting the next fight, forever having to prove herself as more than poor white trash with ideas above her station.

On the ice, however, Tonya is grace personified, powerful and confident in her abilities. Her talent is raw and electric; it’s no surprise that Jeff (an almost unrecognisable, top-form Sebastian Stan) immediately falls for her when he sees her in action, aged 15, at the local ice rink. Their volatile relationship is a mirror image of the one between Tonya and her mother LaVona, played with vitriolic vim in a Golden Globe-winning performance by Allison Janney, who expertly mines the character’s deep-rooted insecurities. Like Tonya, she is a victim of circumstance, her resentment at the hand she’s been dealt spilling into her relationship with her daughter. While LaVona attests that her merciless cruelty is intended to spur Tonya to greatness – “You skated like a graceless bull-dyke” being just one example of abuse dressed up as pep talk – it’s clear that she’s terrified of being eclipsed. 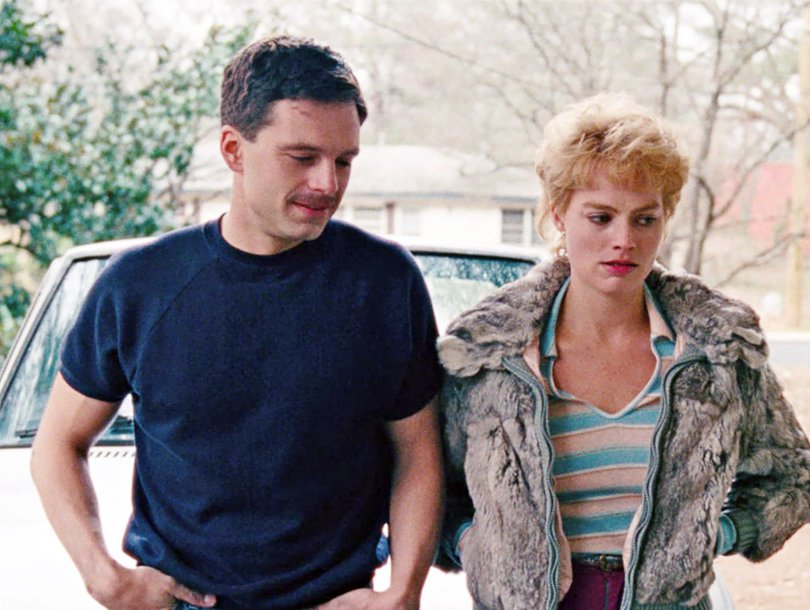 Tonya finds escape on the ice, channelling her furies into performances that should have seen her become world number one. Unfortunately, though, she does not fit the conventional mould of a champion skater – petite, elegant, well-dressed and, crucially, from a wholesome family. Ignoring all external pressures, however, Tonya embraces her individuality; her blue nail polish and homemade dresses just the most visible expressions of an admirable, bone-deep determination to stay true to herself and be judged purely on her abilities.

That Tonya can also be wildly self-sabotaging is not ignored by the film. This is no reverential homage; we see her eating junk food, drinking, smoking and forgoing training for time spent in the pool hall. “It wasn’t my fault,” is her constant refrain. Yet her behaviour is so obviously the product of a lifetime spent without emotional support that she remains desperately sympathetic, even if she may not be the most trustworthy of narrators.

Indeed, it is one of the film’s greatest strengths that it embraces the unreliability of all its protagonists, an opening onscreen disclaimer warning audiences that it is based on “irony-free, wildly contradictory and totally true interviews”. Screenwriter Steven Rogers steps away from the schmaltzy likes of his Stepmom (1998) and Christmas with the Coopers (2015) to deliver a whip-smart and clear-eyed screenplay that is never tripped up by its convoluted premise.

As the film unfolds, Tonya’s voice rings loud and clear, and it is naive rather than calculating. That’s important, given the seriousness of the incident that has come to define her: the shocking attack on her closest professional rival (and friend) Nancy Kerrigan by associates of her hapless bodyguard Shawn (Paul Walter Hauser), who colludes with Jeff in a ridiculous plan to send death threats to Kerrigan.

It’s all rather humorous – until, incensed by Tonya’s taunting, Shawn sets out to prove himself and, unbeknown to both Jeff and Tonya, escalates the plan to physical violence. The resulting injury on Kerrigan is enough to put her out of training, though not out of the Olympic team, and she goes on to win silver at Lillehammer in 1994, while Tonya comes eighth. (It’s worth noting that Kerrigan is only seen briefly and never speaks; this is, as indicated by its defiant title, entirely Tonya’s story.) 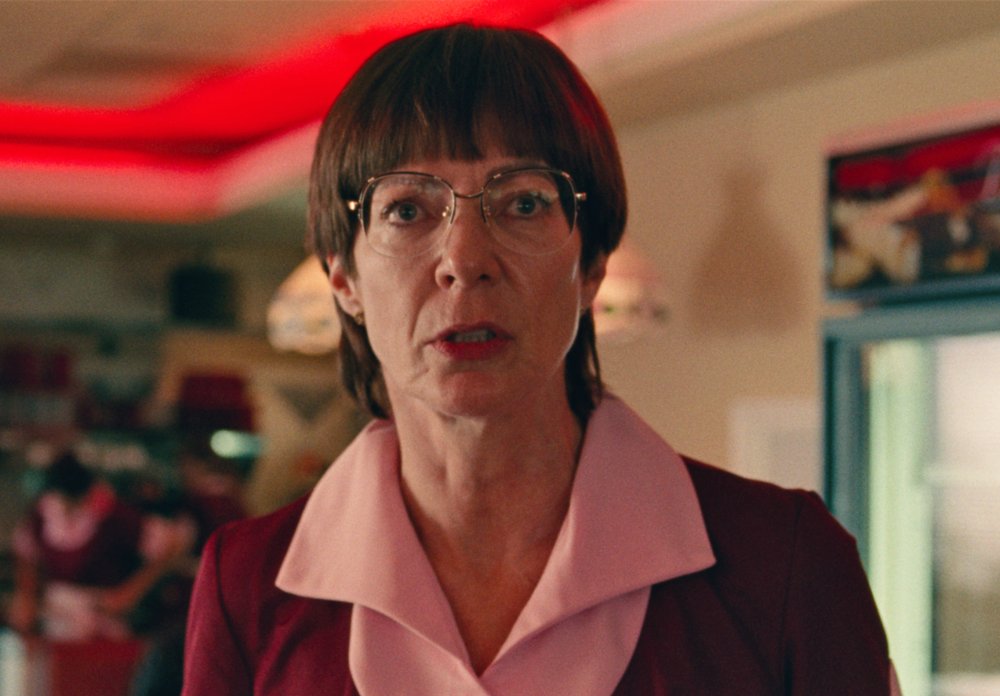 Adding a delicious layer of intrigue, the chronological action is peppered with dramatised talking heads looking back on it. We see Janney’s elderly LaVona drinking on a sofa, with a bird perched atop the almighty chip on her shoulder, while Stan’s older Jeff and Robbie’s thirtysomething Tonya both sit alone, by turns defensive and soul-baringly reflective. Hard Copy reporter Martin Maddox (Bobby Cannavale) gives occasional commentary from an outsider’s point of view. “We had no idea that something like this could be done by two of the biggest boobs in a story populated solely by boobs,” is his bemused take on the attack.

Often this conflicting retrospection spills into the action, skewing the events on screen. “This never happened. I never did this,” Tonya says directly to camera as she pulls a gun on Jeff in an incident he claims happened at their home. A joyfully on-the-nose soundtrack also figures; the strains of Cliff Richard’s Devil Woman introduce us to a steely, smoking LaVona, for example.

Guiding the viewer through all this with a steady hand is director Craig Gillespie, whose CV is populated with intriguing character work like gym teacher comedy Mr Woodcock (2007) and unconventional romantic comedy Lars and the Real Girl (2007). It takes a filmmaker of skill and confidence to break the fourth wall successfully; here, just as in Adam McKay’s The Big Short (2015) – in which Robbie had an uncredited cameo – its adroit use keeps audiences up to speed. It’s also a clever way of ensuring that I, Tonya maintains the right tone. While Tonya was woefully ill treated, she never saw herself as a victim, and to have painted her story in funereal hues would have been a huge disservice. Gillespie has instead imbued his film with black humour, while never undermining the authenticity of the characters or detracting from the abuse that runs through the story.

Underpinning everything is some seriously impressive camerawork from Nicolas Karakatsanis. His is an intimate, fluid approach, the camera adhering closely to characters, forcing the viewer into the position of both witness and confidant. Robbie is in almost every scene, the camera tight on Tonya’s anguished face, speaking to her psychological claustrophobia or – in tandem with some truly flawless CGI trickery – spinning in unfettered freedom with her on the ice.

The moments when Tonya stares down the barrel of the lens, applying her makeup like war paint or speaking directly to the audience, are particularly powerful, anguish and resolve burning behind her eyes. It’s impossible not to share her sense of anger and injustice, particularly when she is found guilty of involvement in the attack on Kerrigan and banned from figure skating for life; the men who planned and carried out the assault receive only minor prison sentences.

In this respect, I, Tonya, like Molly’s Game, plays as a damning indictment of a society that would seek to keep women, however talented, firmly in their place. And while, as Tonya says, “everyone has their own truth”, that irrefutable fact is the lasting message of this stunning film.

Related to I, Tonya review: a chilling story of thwarted ambition