Out of Blue first look: a cosmic film noir that fades to black 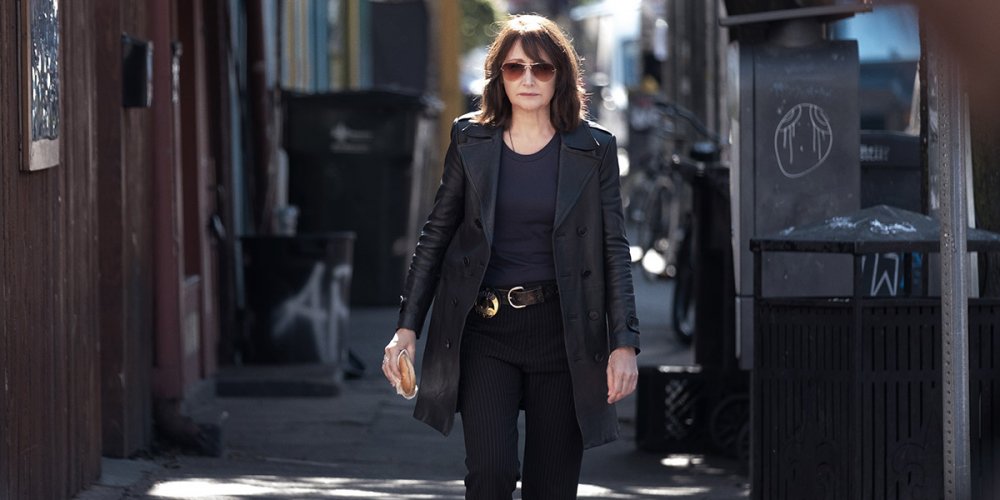 Patricia Clarkson as Detective Mike Hoolihan in Out of Blue

Out of Blue is incoherent, which isn’t to say it’s bad. Carol Morley’s murder mystery is a mood piece that alternates between naffness and transcendence. Adapted from Martin Amis’s 1997 novel Night Train, it stars Patricia Clarkson as a police officer named Mike, whose newest case triggers flashbacks to her own unspecified trauma.

This framework is less significant than evocations of the cosmos characterised by Clint Mansell’s ethereal score and the melancholy strains of I’ll Be Seeing You by Billie Holiday. Morley leans into the uncanniness that powered The Falling, but now, instead of hitting the ground, she looks to the skies, where red and blue constellations blaze across the infinite darkness.

The cosmos is the vocation of Dr Jennifer Rockwell (Mamie Gummer), whose voice is full of wonder as she narrates opening shots of outer space. Once earthbound we see that Dr Rockwell is a blonde, blue-eyed Southern belle clad in blue and red vintage clothes. The next morning she is dead in a pool of blood. She is found facedown, despite no longer having a face. While alive, Dr Rockwell had mentioned trying to make sense of dark matter at the heart of the universe.

This doubles as a summary of Out of Blue, although it’s hard to tell if Morley cares about making sense. Dreams of a Life, the 2011 documentary that made her name, had a news hook that grounded her instincts for abstraction. Since that she seems more driven to evoke obscure emotional impressions. 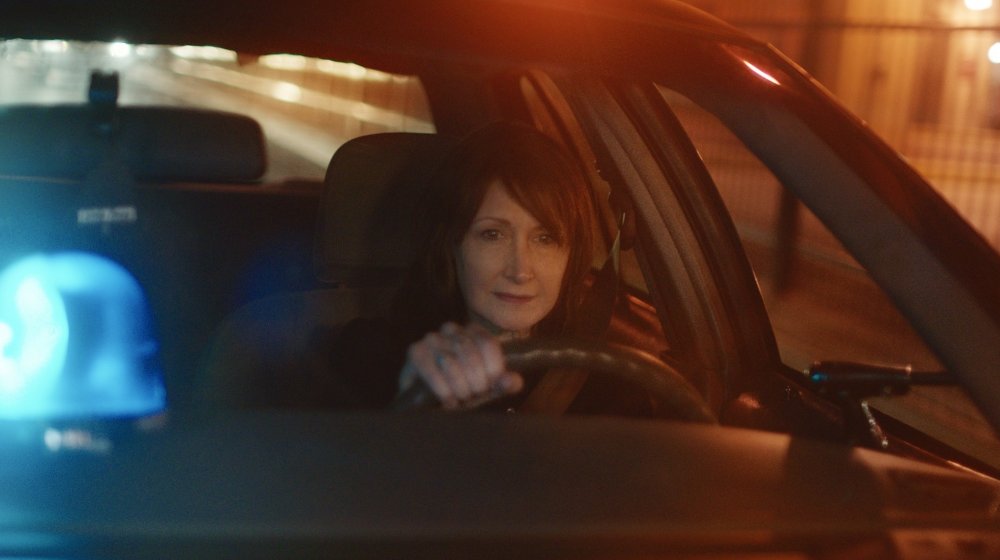 Dead women are buried across Out of Blue. Mike dazedly goes through the motions of her investigation, looking back to the case of an uncaught serial killer. Dr Rockwell’s rich and sinister family crop up, which is good because her mum is played by Jacki Weaver, whose performance has enough manic edge to cut through the stultifying mood. Other characters include Jennifer’s boyfriend (Jonathan Majors), a pathetic professor (Toby Jones) and a smattering of colleagues, but none of the characterisations go anywhere.

Morley sacrifices thorough treatment of whodunnit detective story elements in favour of something more mysterious and slippery, so slippery that it eludes her grasp for stretches in which the suggestiveness overwhelms the suggested. And yet there is something powerful squirming for release. Flashbacks edited together in flickering, Don’t Look Now-esque jolts by Alex Mackie create a shivery sensuality and relish visual pleasure in dark places: blood dripping and pooling, the silhouette of a murderer.

It’s a testament to Morley’s craft that I hung in there, waiting and hoping for everything to come together. Is this a story about a woman letting go of reality and slipping down into her mental preoccupations? If so, the problem is in the lack of progression: Mike was never shown with a mind to lose in the first place. Clarkson does heroic work, giving gravitas to a character who is both an archetype (Cop with a Past) and an embodiment of trauma. While this film is a failure on the level of storytelling, there are artistic collaborations that have gone into its creation that offer starbursts before it all dissolves into nothingness.

Related to Out of Blue first look: a cosmic film noir that fades to black