A Wrinkle in Time review: a faltering fantasy of self-discovery

Ava DuVernay’s adaptation of Madeleine L’Engle’s space-travelling children’s fable steers Storm Reid’s brooding young heroine through a bold lesson in nonconformism – but not even the most star-spangled Oprah Winfrey and Reese Witherspoon can make it sparkle.

from our forthcoming May 2018 issue 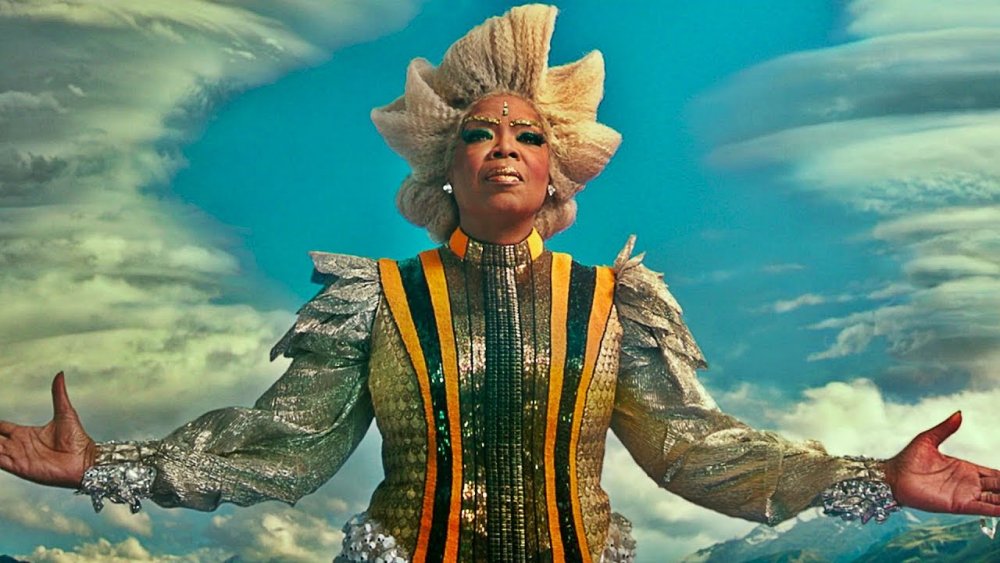 Oprah Winfrey as Mrs Which in A Wrinkle in Time

There are generally two ways of reviewing a film adaptation of a treasured children’s novel: rigorously comparing it to the book, or more casually reviewing it against the Wikipedia plot summary. Although my aunt read all of Madeleine L’Engle’s Wrinkle in Time books to me over many bedtimes, I have no real memory of their plots, just a pleasant feeling of experiencing them, so I am opting for the third way of tackling established intellectual property: taking the movie on more or less its own terms.

Sadly, that magical fuzzy sensation is largely absent when watching Ava DuVernay’s version of A Wrinkle in Time. While there are moments that gesture towards greatness, the film fails to sustain visual or narrative satisfaction. Instead, there’s something halting and overly cautious that prevents this bonkers kiddie fable (young teen travels through time and space to search for her lost physicist father, aided by three astral guardians) from taking flight.

Although the film’s publicity material highlights its sparkly otherworldliness – notably Oprah Winfrey as the all-knowing Mrs Which, wearing glam metallic eyeshadow and eyebrow bindis – the camera is usually tightly focused on the face of Storm Reid, who plays 14-year-old heroine Meg; there are also odd, over-the-back-of-the-shoulder views that dilute the fantastical and destroy any sense of space. (Zach Galifianakis gets a cute topknot to rival his hairstyle in the Absolut Vodka mini-movie made with Tim Heidecker and Eric Wareheim; unfortunately, he is given very little screen time.)

What we do see of the visual effects and production design is ultimately less spectacular (and less pleasurable) than a late-1970s episode of Doctor Who, keeping to the last what should have been there from the start. DuVernay uses fabric as an occasional visual motif – ‘tessering’, the way the characters travel through time and space, is presented as moving through heavy plastic curtains; Meg’s time on evil planet Camazotz, meant to be foreboding and sinister, just looks muddy. These images are a far cry from the beautiful tones of DuVernay’s Selma (2014), which was photographed by Bradford Young. 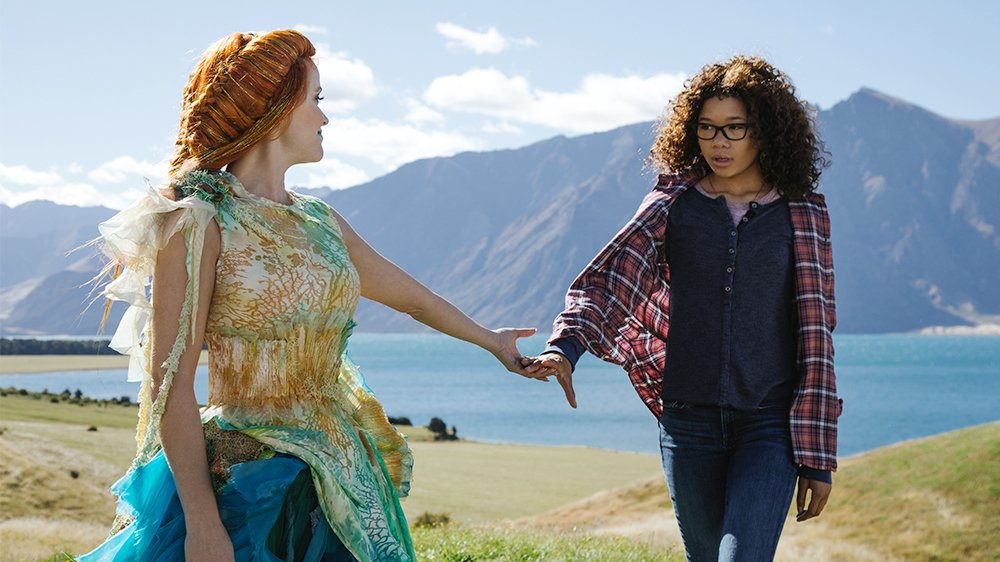 What is compelling is the way that schoolmate Calvin (Levi Miller) adores Meg. Meg is a difficult girl who will no doubt grow into a difficult woman; she doesn’t trust people easily and is unafraid to stick up for herself. While her peers and teachers frequently try to change her into something more conventional, she is herself – even if she doesn’t always like to be.

This kind of complexity – wanting to change but being unable to – runs throughout the film, even in the midst of bad, buzzy VFX sequences. As Mrs Whatsit (Reese Witherspoon, who at one point transforms into a giant flying rhubarb leaf) tells Meg, her ‘flaws’ will allow her to triumph. It’s truly powerful when Meg rejects the ‘perfect’, conformist version of herself on Camazotz – one who has her curly hair straightened; her journey to self-acceptance feels earned in a way that most outsider tales don’t any more, and Miller’s glowing eyes convey a chemistry with Reid that’s rare in big-budget nonsense.

Reid is a wonderful actress, but she’s given far too much emotional weight to carry in the aforementioned close-ups. DuVernay seems more savvy in the use of her own visage: she prefaces every screening with a direct-to-camera message to audiences, thanking them for making the film happen. Although this gestures at the heartfelt, it’s ultimately pretty empty – but no doubt great for her brand.

Related to A Wrinkle in Time review: a faltering fantasy of self-discovery