Film of the week: It Comes at Night, an astute and ruthless thriller

While America is ravaged by plague, monstrous forces are unleashed in a besieged family home in Trey Edwards Shults’s expertly handled horror. 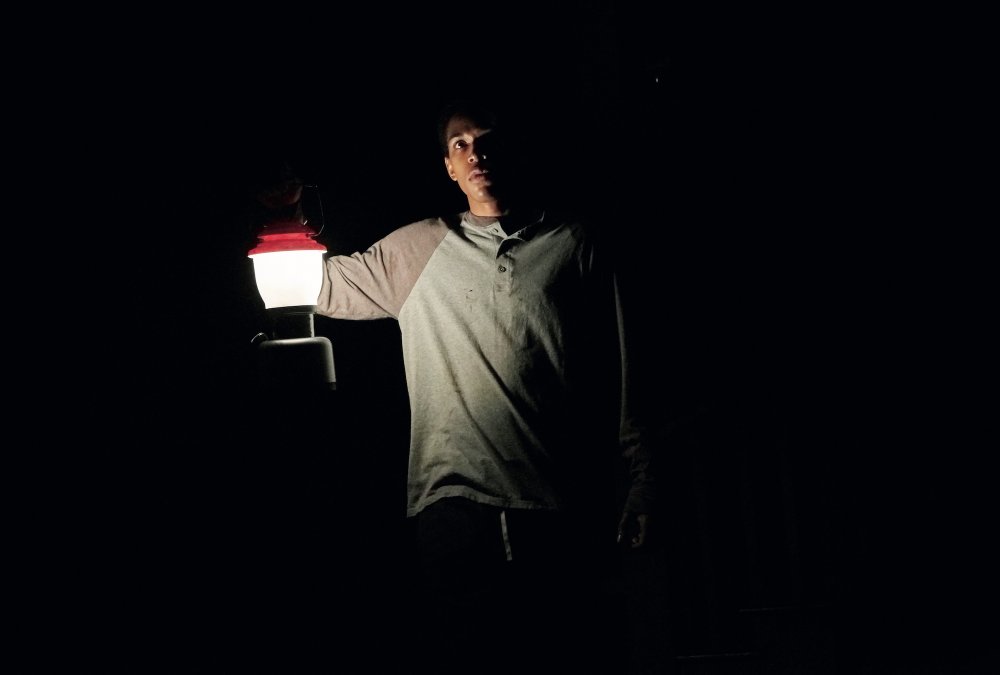 Time and again, film characters have to relearn the lesson that there’s no good place to wait out the end of the world. The titular train in Bong Joon-ho’s Snowpiercer (2013) is a comfortable ride only for the wealthiest passengers, but even they have to worry about getting slaughtered in the occasional uprising. However well constructed they may be, both the subterranean simulation of Rockwellian Americana in L.Q. Jones’s A Boy and His Dog (1974) and the chic luxury hotel in Robert Altman’s Quintet (1979) are woefully inadequate when it comes to protecting their inhabitants from the chaos that prevails beyond their property lines. And the family in Michael Haneke’s Time of the Wolf (2003) don’t even get to find out how well their holiday home will serve as a refuge, arriving on its doorstep only to discover that strangers have already commandeered the place and would very much like to keep it.

Given the direction things tend to go in screen fantasies about stragglers of the apocalypse, It Comes at Night’s bleak outcome is not surprising. Indeed, writer-director Trey Edwards Shults – whose debut feature Krisha (2015) depicted a less bloody but equally fraught variety of familial warfare – shows his cards in his new film’s first sequence, as Paul, with the help of teenage son Travis, takes his wife Sarah’s ailing father out of their isolated house in a wheelbarrow and lays him on the ground before shooting him in the head and setting him alight.

The only difference between what happens here and what’s to come may be the fact that Paul puts a pillow on Gramps’s face before pulling the trigger. Already there’s the sense in Shults’s astute and ruthless thriller that his characters’ fortress will do little to keep the horrors at bay. Sure enough, the rest of It Comes at Night portrays the impossibility of maintaining any barrier that might prevent the destruction of everything the central family holds precious, including their own humanity. 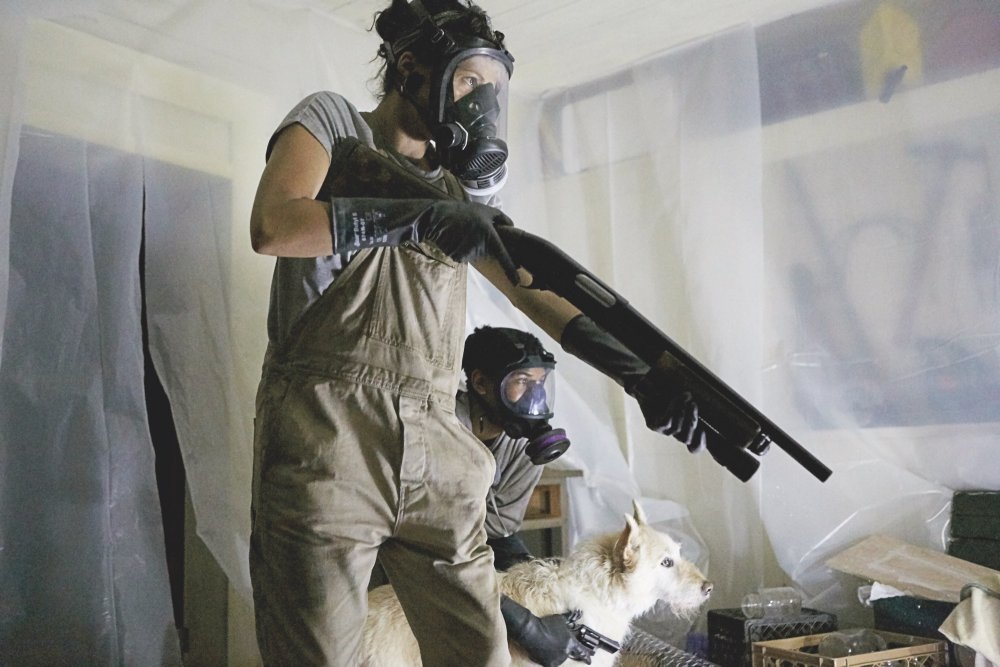 That the keepers of this refuge are presented as fundamentally decent people makes their decisions and actions all the more horrific and tragic. As with the wider circumstances of the plague that has struck America, details about the personal histories of Paul, Sarah and Travis are scant – some cheerful photographs hanging in the hallway are the only suggestions of their lives before the plague.

Their relationship to the house is kept similarly vague. The presumption that it was built by Paul – played by Joel Edgerton with an air of grim practicality – is undermined when he reveals that he was a history professor. The irony is that the head of the family he and Sarah take in – Will, played by Christopher Abbott with the same intensity and physicality he brought to the slacker title character of Josh Mond’s family drama James White (2015) – is a former contractor and mechanic, and therefore much handier when it comes to the place’s upkeep. In fact, Will is the one who teaches Travis how to chop wood, thereby becoming another father figure for a youngster who clearly needs all the help he can get.

Portrayed with great delicacy by Kelvin Harrison Jr, Travis is the narrative’s central figure, even if his primary function is to suffer. Plagued by nightmares about his grandfather’s disease and death – the Lynchian dream sequences contain most of the film’s goriest shocks – the teenager has the look of someone who dreads day and night in equal measure. His only glimmers of happiness arrive during the two families’ honeymoon bonding period, which includes suggestions of a tentative sexual desire for Kim. (A late-night conversation between the two is the film’s most tender moment.)

But Travis also seems prescient about the doom that awaits them all, with his night-time visions of succumbing to the disease and his briefly seen sketch of menacing creatures in the woods. What he doesn’t know is that those monsters will turn out to be his own parents, and that he will serve as a helpless witness while another family is murdered for the sake of his protection. 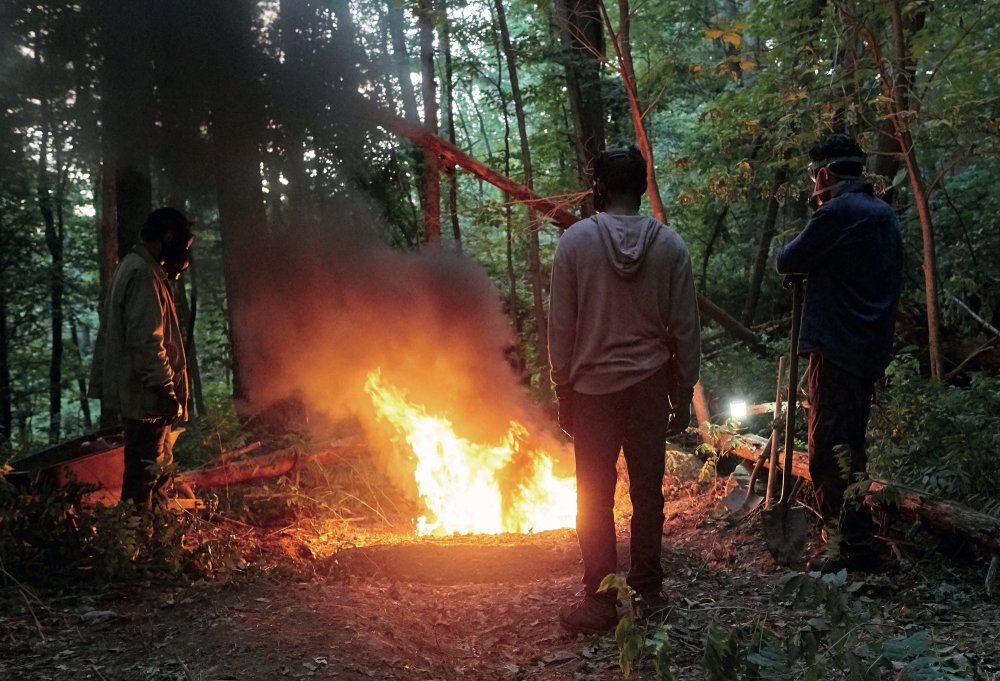 The fact that It Comes at Night is ultimately about the destruction of a family unit – two, in fact, though Travis doesn’t live to witness the outcome for his own – connects it closely with Robert Eggers’s The Witch (2016), an equally accomplished example in the current wave of high-quality American indie horror. Like Eggers’s film and Justin Benson and Aaron Scott Moorhead’s overlooked Resolution (2012), Shults’s thriller also fully exploits the potential for dread in its isolated forest setting, albeit with a surprising degree of elegance thanks to cinematographer Drew Daniels’s use of Steadicam and wise tendency to slow down his camera movements when the action may suggest something more frantic. (Last year’s Blair Witch proved that there’s not much scary about shaky-cam trees in the dark any more.)

Since Shults’s film arrives not long after Jordan Peele’s Get Out became this year’s most zeitgeisty horror hit, the fact that it features a mixed-race family has inevitably invited scrutiny. Though it’s perhaps most significant that no one in the film calls attention to the matter, it still counts as a bold choice, in this not-at-all-post-racial moment, for Shults to present Travis, a young African-American male, as an unabashedly passive protagonist, one who’s pushed ever closer to a psychological breakdown by the violence that surrounds him.

Meanwhile, the casting of Edgerton creates a curious echo with Jeff Nichols’s historical interracial love story Loving (2016), as does the level of devotion that is evident in Paul and Sarah’s relationship. Yet there’s a potentially more interesting parallel with the non-romantic but still provocative pairing of Duane Jones and Judith O’Dea in George A. Romero’s original Night of the Living Dead (1968), another tale of a house under siege in which the external threat may be only marginally deadlier than the fear and suspicion within the fortress walls. 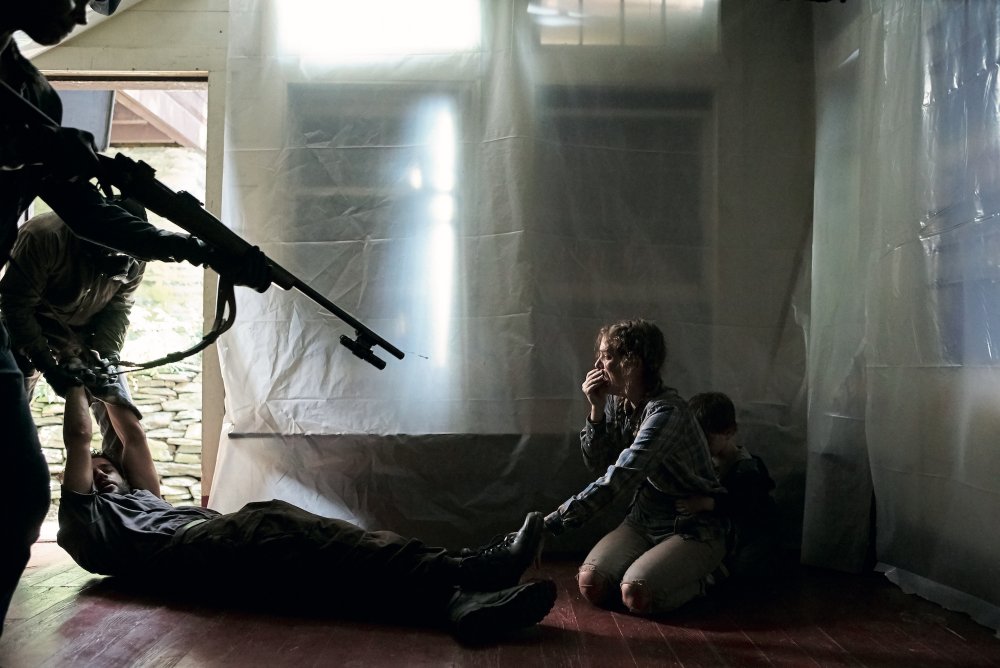 In any case, It Comes at Night’s kinship with another recent thriller with ‘It’ in the title may demonstrate a further welcome development among American indie filmmakers: the ability to capitalise on the wider commercial viability of genre cinema without diluting the thematic interests and stylistic sensibilities they demonstrated so strongly in earlier dramatic efforts. Just as David Robert Mitchell’s embrace of thriller tactics in It Follows (2014) helped him refine the perspective on teenage social dynamics he’d explored in The Myth of the American Sleepover (2010), so Shults’s adoption of a more vicious mode sharpens his already discomfiting take on families in states of extreme duress in Krisha.

Whereas the bewildered gaze of Krisha Fairchild’s heartbreakingly damaged heroine provided Shults’s first feature with a memorably haunting image, the most powerful shots here may be three successive views of characters sitting at the dining table. In the first, Paul, Sarah and Travis are grief-stricken in the wake of the grandfather’s death.

Then, in the film’s brief spell of domestic harmony, we see all six seats filled by the combined families.

Finally, it’s Paul and Sarah, shattered and alone, left with no reason to wait out this apocalypse and no capacity to reassure each other, as we see earlier, when Paul tries to soothe his wife. “Everything’s gonna be all right,” he tells her.

“You don’t honestly believe that, do you?” she tersely replies.

Related to Film of the week: It Comes at Night, an astute and ruthless thriller