Film of the week: The Girl with All the Gifts

Meet the new breed: Sennia Nanua excels as a human/zombie hybrid with a destiny in Colm McCarthy’s gorily potent post-apocalyptic horror, adapted by Mike Carey from his own hit novel. 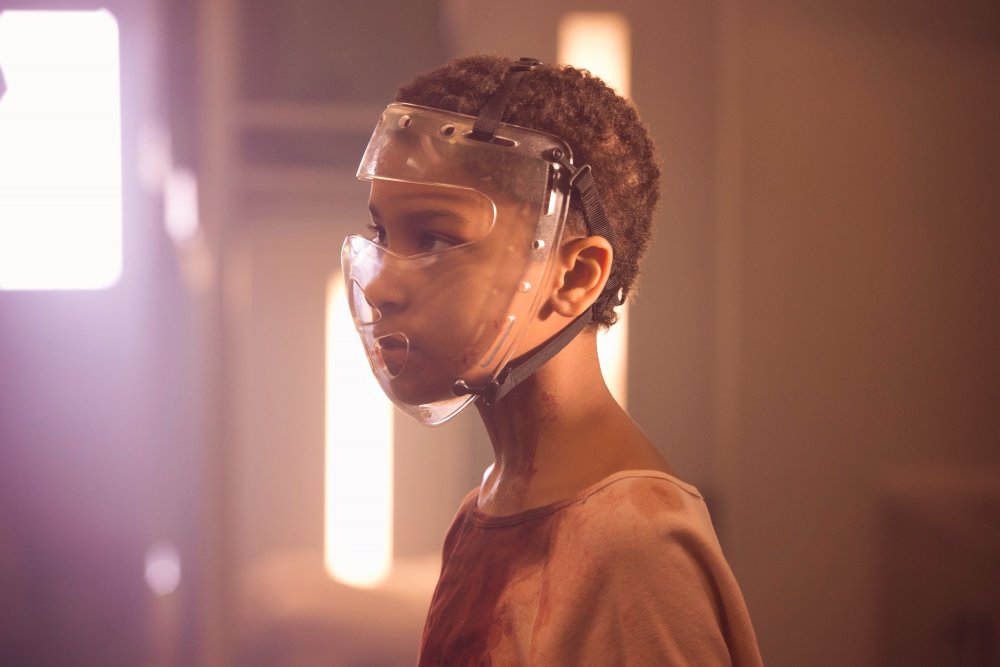 The possibility that humanity’s destruction may come by our own hand has long fascinated filmmakers, and the flesh-eating zombie, having long left behind its origins in voodoo, has become the idea’s most popular embodiment. Horror cinema is an acute social barometer: one generation of movies – beginning with George A. Romero’s Night of the Living Dead in 1968 – was informed by the advance of chemical warfare and the civil rights revolution, its undead prowling a familiar, contemporary landscape. Similarly, post-9/11 paranoia has seen a zombie resurgence on an international scale, beginning with Danny Boyle’s 28 Days Later… in 2002 and taking in the likes of American TV hit The Walking Dead, Spanish horror franchise [REC], Cuban effort Juan of the Dead (2011) and this year’s South Korean hit Train to Busan.

So it is with The Girl with All the Gifts – not a zombie movie in the traditional sense but visceral, intelligent horror inspired by our increasingly fragile grip on the world. The film’s gore-soaked narrative, about a highly contagious fungal infection that turns victims into braindead flesh-eaters (its fast-moving creatures more closely related to Boyle’s rage-fuelled crazies than Romero’s shuffling deadheads), taps directly into current fears about man’s inhumanity to man, the rapid evolution of disease and the devastating effects of environmental change.

Screenwriter Mike Carey, adapting his own 2014 dystopian novel, throws us immediately into the fray. In a dark cell, a young girl (Sennia Nanua) in a Guantánamo Bay-style orange jumpsuit straps herself carefully into a wheelchair. She greets the armed guards who enter with cheer, even as they speak in language that is cold and coarse. This, we learn, is Melanie; she remains upbeat as her captors wheel her and several other happily secured children to a classroom. It’s an uncomfortable, disorienting opening, intensified by the cacophonous, pulsing soundtrack, which is used to great effect throughout the film. 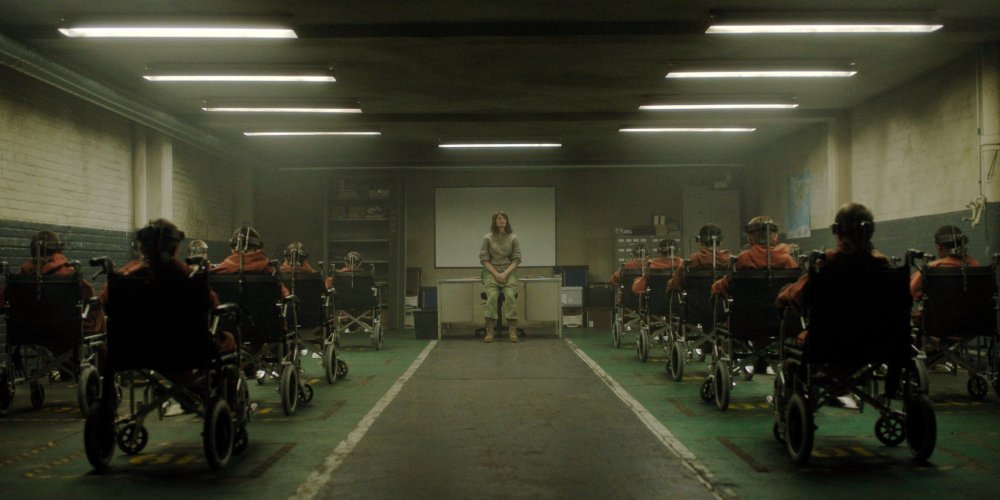 Indeed, The Girl with All the Gifts is deliberately disorienting, particularly for those with no knowledge of the book. There’s no backstory or explanation of time and place – other than the clues of modern clothing and Midlands accents – or of the events that have led to this point. We are dropped into the action and expected to keep up; characters enter, things (often bizarre) happen and we must piece together the story as it moves at a breathless pace. It’s an exhilarating experience, augmented by intimate, immersive cinematography from Simon Dennis, whose camera remains unflinchingly close to the action throughout.

Brief respite comes in the calmer form of teacher Helen (Gemma Arterton), who has a genuine affection for her charges. When she moves too near to Melanie, however, Sergeant Eddie Parks (Paddy Considine) bursts into the classroom, inexplicably licks his arm and holds it under the nose of the nearest child. Within seconds, the boy becomes dead-eyed and starts snapping his jaw, desperate to sink his teeth into Eddie’s flesh; immediately, the other children follow suit. Melanie watches, sharing our horror; although it is clear that she must be similarly afflicted, it’s equally clear that she didn’t know it. This revelation of her true nature kickstarts her journey to self-awareness, and self-acceptance.

Melanie has a love of Greek mythology – which turns out to be a heavy-handed way of alerting the viewer to the film’s subtext. The title is a translation of the Greek name ‘Pandora’: Hesiod’s Pandora was the first woman, moulded from clay by angry gods to bear a line of descendants to torment mankind. Similarly, Melanie is one of the first of a new breed. She was conceived naturally but contracted the zombie virus from her mother in utero; as a result her bloodlust is balanced by cognitive function, advanced intellect and, crucially, compassion. She is both recognisably human and terrifyingly monstrous, and by sharp turns will inspire sympathy, disgust and abject fear. 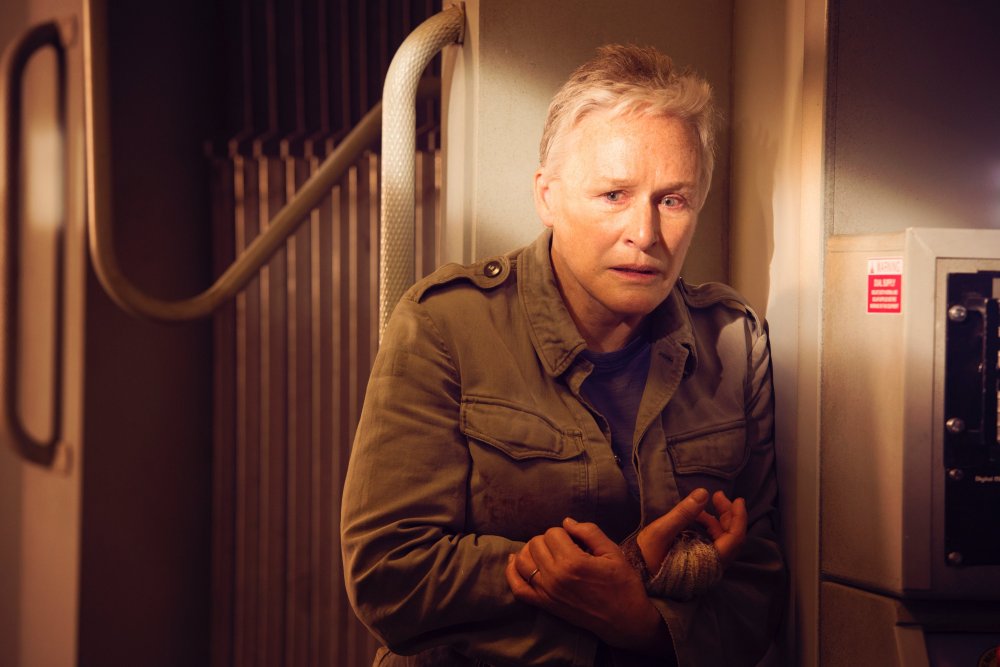 This last comes when the military base is overrun by a swarm of ‘hungries’ – humans who are infected with the virus and unlike Melanie are overwhelmed by their cannibalistic impulses – and Melanie has her first taste of human flesh while saving Helen’s life. The pair escape with Parks, scientist Dr Caroline Caldwell (Glenn Close) and officers Dillon (Anthony Welsh) and Kieran (Fisayo Akinade), heading south to a secure enclave known as the Beacon. When they reach London, the film diverges from tradition, presenting the infected not as shambling anthropoids but as something entirely naturalistic. Alone, the creatures remain rooted to the spot like trees, even swaying gently in the breeze, but the moment they detect the faintest whiff of pheromones – which surviving humans try to cover up with blocking gel – they come immediately to rabid life, woken by the need to feed.

Other instincts are also at play. An infected woman pushes a buggy, driven by a lingering maternal urge that fascinates Dr Caldwell and resonates with the others. While no character besides Melanie is given an explicit backstory, it is safe to assume that all have suffered loss. Helen’s intimacy with Melanie is palpably maternal, particularly when contrasted with Dr Caldwell’s scientific interest; and Parks’s final-reel revelation about his own family adds retrospective poignancy to his interactions with Melanie.

Mother Nature has a crucial role too. The virus is vehemently aggressive, impervious to human science and advancing to a state where the earliest infected are turning into huge fungal plants – one of which has climbed the BT Tower. These contain multitudes of pods, ticking organic time bombs whose spores, when released, will send the virus unstoppably airborne. 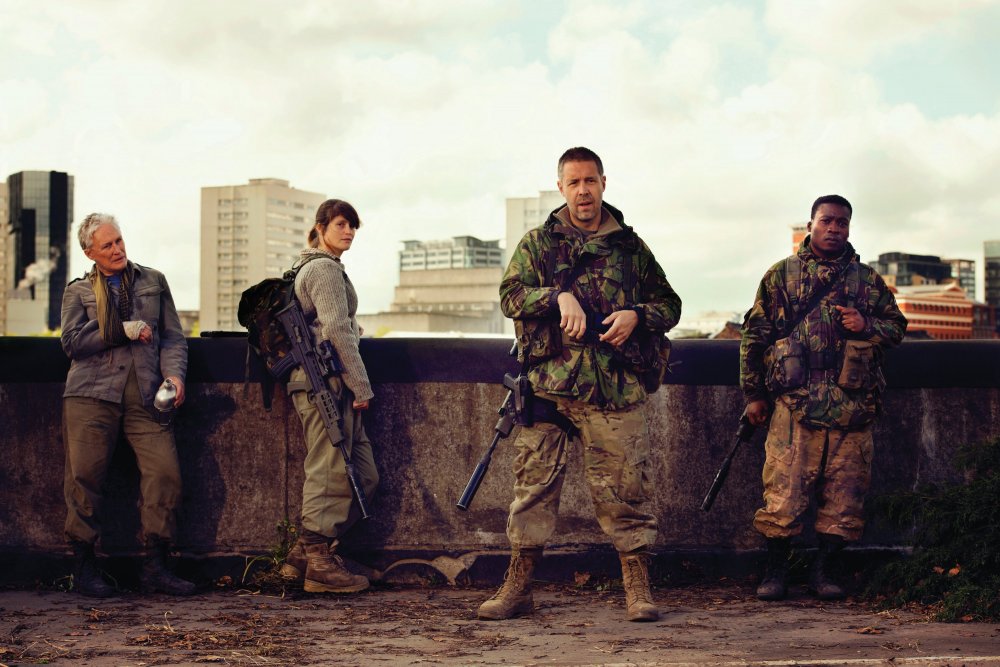 From here, the film beats an intriguing path. As Sgt Parks increasingly places trust in Melanie, charging her with navigating through the hungries, the balance of power begins to shift. At first, this trust is rewarded by loyalty, Melanie sating her bloodlust with animals and saving her companions from a group of feral children – hungry/human hybrids like her but without social influence, a pack of wild animals. The sequence in which a snarling Melanie beats their leader to death, while simultaneously issuing calm instructions to Sgt Parks and Helen, is the film’s most powerful, the terrifying enactment of Freud’s concept of the uncanny.

In the demanding role of Melanie, newcomer Nanua gives an impressively natural, nuanced performance. She embodies a childlike innocence and exuberance: in her prison home she revels in human contact; later, experiencing freedom, she finds utter joy in the mechanics of a cat flap, the act of opening and closing a door. This gives way to horror, then purpose, as she comes to understand her destiny. Though firmly in Nanua’s orbit, Arterton, Close and Considine are all excellent; they clearly relish the freshness and complexity of the material. For director Colm McCarthy, this second feature is a return to familiar territory – the horror landscape of his 2010 feature debut Outcast, which combined Irish traveller mythologies about a vicious beast with the tale of a devoted mother determined to protect her son. Since that film, McCarthy has honed his craft on cinematic TV shows such as Sherlock and Peaky Blinders, which similarly revolve around troubled characters forced to confront the darkest elements of society, and of themselves.

Thematic similarities with The Girl with All the Gifts are striking, and this familiar ground gives McCarthy the sureness of step to tackle both the horrific and dramatic aspects of his story without succumbing to schlock or melodrama. He also draws eloquently on myriad sources of genre inspiration; the physical transformation from human to hungry is reminiscent of John Landis’s An American Werewolf in London (1981); the muzzle Melanie wears brings to mind Hannibal Lecter; a plant-ravaged London recalls The Day of the Triffids, and so on.

Despite the striking visuals – the military base overwhelmed by zombies, the crowds of silent hungries converging by decaying shopfronts (a neat nod to Romero’s 1978 Dawn of the Dead), the fungus-covered London skyline – the lingering power of the film comes from Carey’s story, its universal impact resonating through Melanie’s intimate journey to self-enlightenment. She is such an endearing character that it’s impossible not to root for her survival; the realisation of what this means in human terms is the film’s devastating final blow.

Related to Film of the week: The Girl with All the Gifts