A drama of an amnesiac cult singer and her karaoke impersonator that refracts its own cinematic influences dazzlingly, Carlos Vermut’s latest is a dark, dreamy fairytale of identities absorbed and reborn.

This year’s LFF showcases the latest gem by Spain’s most exciting filmmaker, albeit one virtually unknown in the UK, the writer-director Carlos Vermut. His third feature, Quién te cantará, is a dark fairytale of cross-hatched identities and genres, in which cult pop star Lila Cassen (Najwa Nimri, also a singer) suffers amnesia after attempting suicide, and is now unable to re-create her sequined star persona for her imminent comeback after ten years in silence.

Step forward Violeta (Vermut regular Eva Llorach), Lila’s most fervent fan, a struggling single mother who works in a bar in order to support her bullying, volatile 23-year-old daughter Marta (Natalia de Molina), and whose grey existence only has meaning when she’s brilliantly impersonating Lila Cassen in karaoke sessions. Lila’s manager/guardian angel Blanca (Carme Elías) happens on Violeta at the end of her tether, a step away from fulfilling Lila’s own death wish – or was it Violeta’s in the first place? For Violeta becomes Blanca’s last resort, assigned to teach Lila how to remember to be herself. 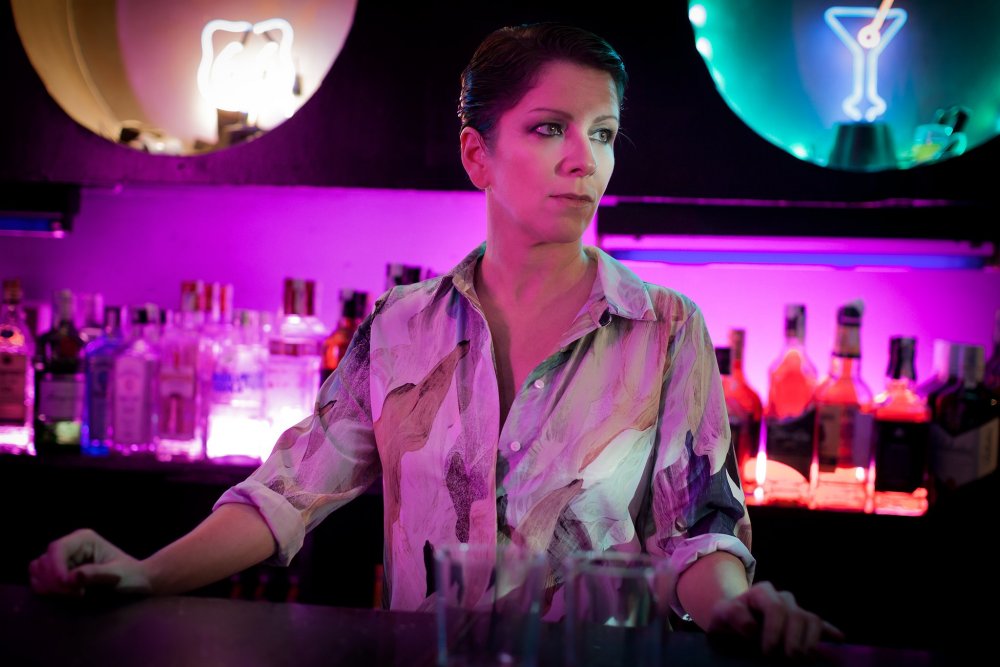 Vermut, a former cartoonist and avowed fan of karaoke and Japanese culture, has been refining his filmic universe of battered but resilient women ever since he quite literally burst onto the Spanish film scene in 2011 with the mind-blowing genre-shattering melodrama Diamond Flash, which grafted comic-book elements onto its unsettling, oblique tale of mothers, daughters and abuse (in which Llorach also played a single mother called Violeta).

In Magical Girl (2014), the ultimate sacrifice made by a woman (a breathtaking Bárbara Lennie) allows a 12-year-old girl with terminal leukaemia to achieve her final wish and dress up as the Magical Girl in her beloved anime comics. Notable again for its fully rounded female characters, the film took the best picture and best director awards at San Sebastián and received the blessing of none other than Pedro Almodóvar, who included it on .

A hall of mirrors comprised of mothers and daughters and folding identities, the universe of Quién te cantará is not so far removed from Almodóvar’s darkest offerings, High Heels (1991) and The Skin I Live In (2011), whose regular composer, Alberto Iglesias, here produces a beautifully minimalist soundtrack that looks to the far East. But Vermut is also nodding to Bergman’s Persona (1966) and Fassbinder’s The Bitter Tears of Petra von Kant (1971), albeit with Lynchian transitions and corridors – at one point Lila is told by Violeta to phone herself.

Nimri with Carme Elias as Blanca

For me, though, Quién te cantará most clearly belongs to a lineage of films made in Spain at the turn of the millennium, such as Alejandro Amenábar’s Open Your Eyes (1997) and Julio Médem’s Vacas (1992) and Sex and Lucía (2001, all with Nimri), all of which take Spanish dramaturge Calderón’s dictum ‘life is a dream’ as their raison d’être – even if in Vermut’s films dreams staunchly affix to the mundane. We may start in Lila’s isolated crystal fortress overlooking the vast blankness of the sea, shot with an elegant, painterly quality by Eduard Grau (A Single Man, 2009, Buried 2010); but when Lila’s reminded she’s a ‘raw-food vegan’ who only eats ‘crudités’, her response is that she’d rather have a fried egg.

Played by the sensuously husky, mesmerising Nimri in a delightfully self-referential way, Lila is forever fragmented through a myriad of reflections, including the T-shirt bearing the image of her face that Violeta sleeps in. Effectively constructed as an alien, from her impossible hair and mask-like expression to her big blank eyes, Lila is really an empty vessel who, like Violeta, only comes alive when inhabiting somebody else’s persona, as revealed in a final act of maternal love of vampiric proportions.

For ultimately this story is Violeta’s, making the film a touching homage to fandom and motherhood. Who we become in Quién te cantará is inevitably a prism of those we consume and are consumed by; a regurgitation of all those who cross our paths. For identity is neither created nor destroyed; instead, like the origami shapes that Blanca makes and Violeta (the only biological mother of the four women) reshapes, it merely transforms, and in its transformation, it’s born anew.