We are delighted to publish the English translation of Pedro Almodóvar’s moving 2009 eulogy to his late friend Iván Zulueta, whose 1979 film Arrebato (Rapture) is one of the most influential cult classics of Spanish cinema. 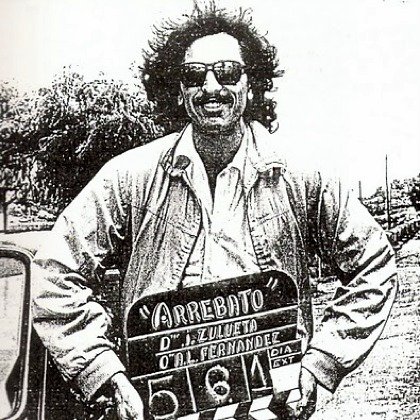 How to begin? I met Iván in Madrid when I had been living there for almost ten years. He was already known and admired for his work in television – that mythical series Último grito (The Latest Craze) – as well as Un dos tres al escondite inglés (One Two Three What’s The Time Mr Wolf) – a feature film credited to its producer José Luis Borau because Iván did not have the director’s union card – and one of the few examples of pop cinema made in our country at the end of the 1960s that was not shabby, that could stand comparison with any product of English psychedelia in terms of quality, albeit outdoing their irony, of course. Fans of Arrebato may not know this, but Iván Zulueta was a person with a great sense of humour.

We hit it off immediately; we were bound together by psychedelia, the American undergrounds, the earliest English pop, some friends in common, some enemies in common too, the new wave music being made in Madrid, Glam, comics, Cecilia Roth, an absolute hunger for cinema, and the fact that we were both shooting small films in Super 8. He was much better than me. I was a beginner with the camera when Iván was already an absolute virtuoso in his use of this instrument.

Arrebato (1979), his second work, a filmic testament right from the beginning of the shoot, wouldn’t be anything without the thousands of metres that Iván filmed in Super 8 throughout the previous years. Not for nothing was it the Super 8 camera (like the 16mm camera of Michael Powell’s Peeping Tom, although with a different meaning) that enraptures the prostrate and expectant bodies of the protagonists Will More and Eusebio Poncela, that ushers them to a better, or non-world. The only information the film gives us is that this non-world is a sort of void of reddish colour.

It is difficult to speak about Iván Zulueta and death.

It is very difficult to speak about his latter years, those immediately after Arrebato, when he was retired in San Sebastián, like Norma Desmond, but with all of his senses intact, and without having relinquished one iota of his exquisite sensitivity. Spanish cinema has just lost one of its most original filmmakers, and together with Erice, the one that managed to give his images the greatest aesthetic meaning. He never filmed a single banal image. The element in which he felt most comfortable was abstraction. The pure image, brimful of meanings but freed from the burden of fiction, always cushioned on a rich variety of soundscapes. David Lynch, but less shadowy and more pop. Psychedelia was his school, and he made genuine masterpieces in this style. 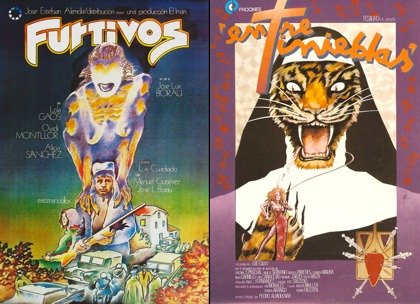 His work as a graphic designer and draftsman was inextricably linked to his cinematographic work. From the end of the 70s to the mid 80s he designed many wonderful film posters. I remember how impressed I was with the one for Furtivos (Poachers, 1975) and how much fun we had whilst he was designing the one for Entre Tinieblas (Dark Habits, 1983) or Laberinto de pasiones (Labyrinth of Passions, 1982). Even if he seems an ephemeral figure (I hope he doesn’t), Iván Zulueta bequeaths an incredibly rich and essential legacy to the history of Spanish cinema, in minor formats but possessed of extraordinary greatness. Arrebato reverberates with the same force as it did 30 years ago, the year it opened.

Spanish cinema loses a unique individual, and José Luis Borau his best disciple. I remember those days in his flat in Plaza de España in Madrid so clearly. Everything was charged with life, and we used to laugh so much!