Our latest celebrity-consumption technologies are leading us to the void, warn the movies. 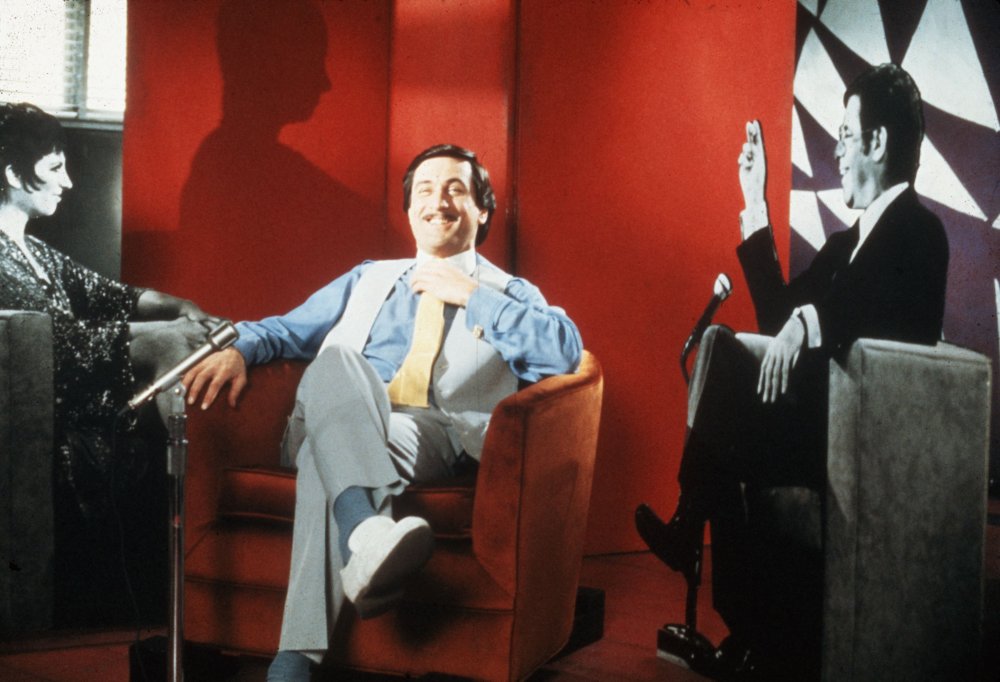 Knowing me, knowing you? Robert De Niro in The King of Comedy (1982)

“If I were to meet actors and actresses of the period of Hollywood film when I was growing up, I think I should have trouble communicating with them. You really get to love them, but they don’t know you. But you love them. But you love, I think, what you imagine they are… Because they represent dream. You lose yourself in those people. Finally, when you do satisfy the request of a ‘fan’, quote unquote, after saying a few things, after saying, “I really loved you in that film. I thought you were great. You really meant a lot to me,” what next? Ultimately, what do they want? What do they want from you?”

One of the most interesting things about this statement is the way Scorsese shifts from talking about stars (‘them’) to discussing himself (‘you’), a shift which surely relates not just to his position as a famous filmmaker who has had numerous encounters with admirers, but also to his identification with those actors he grew up watching. Hollywood’s star system relies upon our perceiving stars as extensions of ourselves, empathising with their problems, sharing their passions, and ultimately forgetting there is a barrier between ‘us’ and ‘them’. This is among the most liberating functions of narrative; the possibilities it provides of erasing the line between one’s self and the mysterious ‘other’, allowing film viewers, theatregoers and novel readers to escape the restrictions of gender, class or race, and even align themselves with radical political positions. 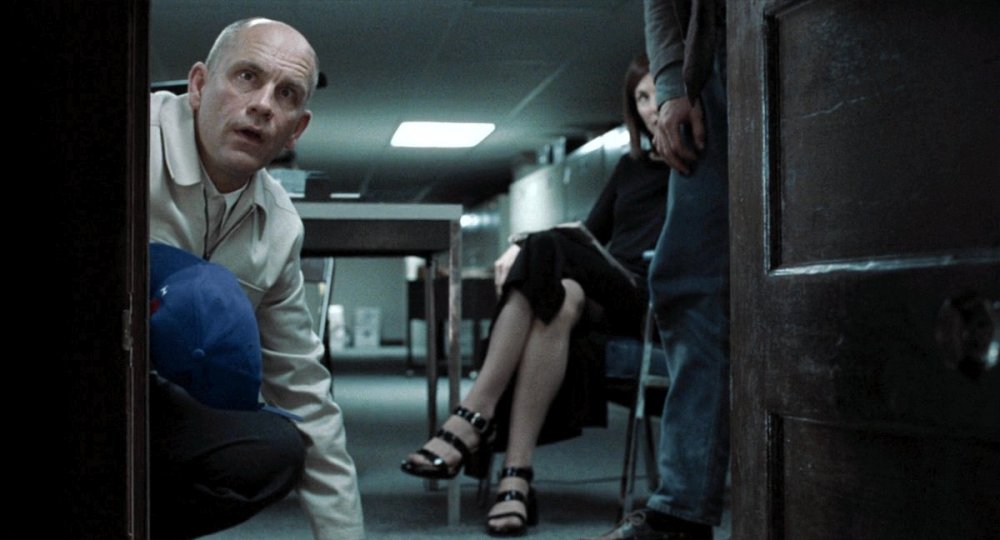 The doors of perception: Being John Malkovich (1999)

Needless to say, this identification process can also, and in practice usually does, lead to the reinforcement of conservative ideologies. And in the 13 years since the above interview took place, a darker side to celebrity obsession has emerged, one that makes Spike Jonze’s Being John Malkovich (1999) seem remarkably prescient. Jonze’s central character is a poverty-stricken puppeteer, Craig Schwartz (John Cusack), who discovers a portal which allows him to enter the head of John Malkovich. Schwartz soon turns this discovery into a thriving business, providing paying customers with the experience of seeing through Malkovich’s eyes, of ‘becoming’ the star, for a period of 15 minutes. When Schwartz describes the portal as his ‘livelihood’, Malkovich angrily rejects the assumption that his private life is public property: “It’s MY head!” he insists.Yet the film’s overall tone is surprisingly positive; as in so many of Hollywood’s finest achievements, identification with stars here enables audiences to transcend sexual boundaries.

Although Jonze’s portal functioned through a form of magic, technology has almost caught up with him. Thanks to social media, celebrities now seem more accessible than ever, happily allowing fans to enter their ‘heads’. But what happens to the concept of ‘celebrity’ when the technology by which we experience it becomes part of our quotidian lives? Can we neatly distinguish between the ‘genuine’ friends with whom we interact on Twitter, and those celebrities whose posts we follow? And where might all this be leading us? Three recent films have proposed troubling answers to these questions: Sofia Coppola’s The Bling Ring (2013), Ari Folman’s The Congress (2013) and Brandon Cronenberg’s Antiviral (2012). 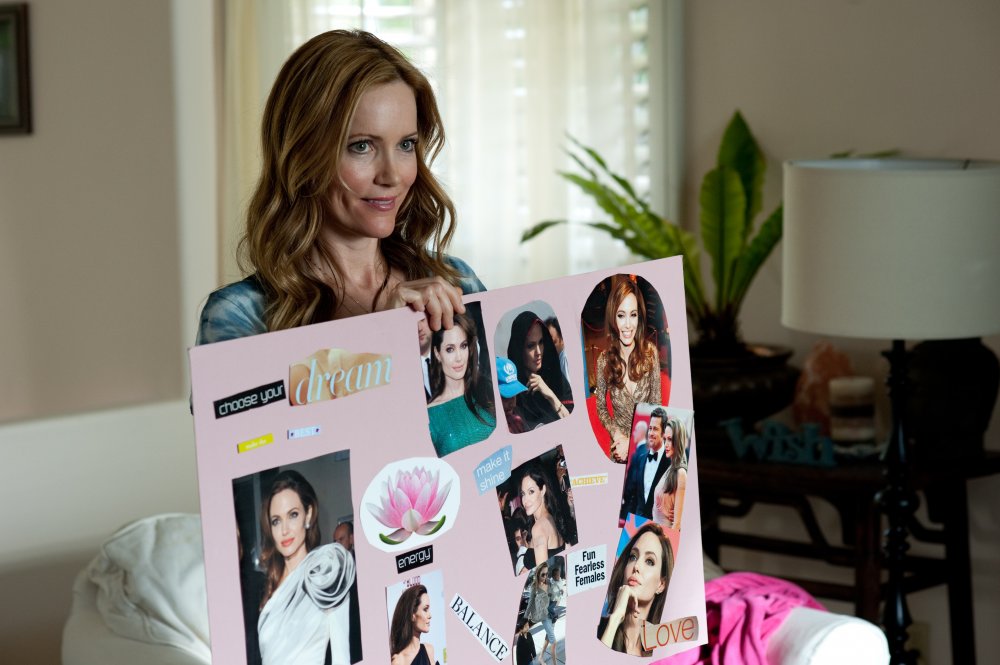 Coppola’s film could almost be a remake of Being John Malkovich (Jonze and Coppola were married for several years), except that Jonze’s surrealist logic has been replaced by a precise recounting of historical facts. The Bling Ring’s protagonists invade the houses rather than the heads of celebrities, using the internet to determine when Paris Hilton, Lindsay Lohan and Audrina Patridge will be away from home. The burgled properties are clearly attractive not simply for the goods that can be stolen from them, but also for the insights they offer into their occupants’ lifestyles. The celebrity here becomes an absent signifier whose personality is evident in her possessions and choice of decor, but whose actual presence is completely superfluous – indeed, something to be actively avoided.

Antiviral and The Congress take the idea of the expendable star to its logical conclusion, reminding us that the celebrity is a curiously contradictory figure, entitled to enjoy all the benefits a consumer culture has to offer while being merely another product for sale in the marketplace. In Folman’s film, Robin Wright finds her presence no more welcomed by studio executives (who control star images) than it would have been by The Bling Ring’s teenage thieves (who represent the audience these images are primarily aimed at); in future, she is informed by the head of Miramount (Danny Huston), her onscreen performances will be created by computers. 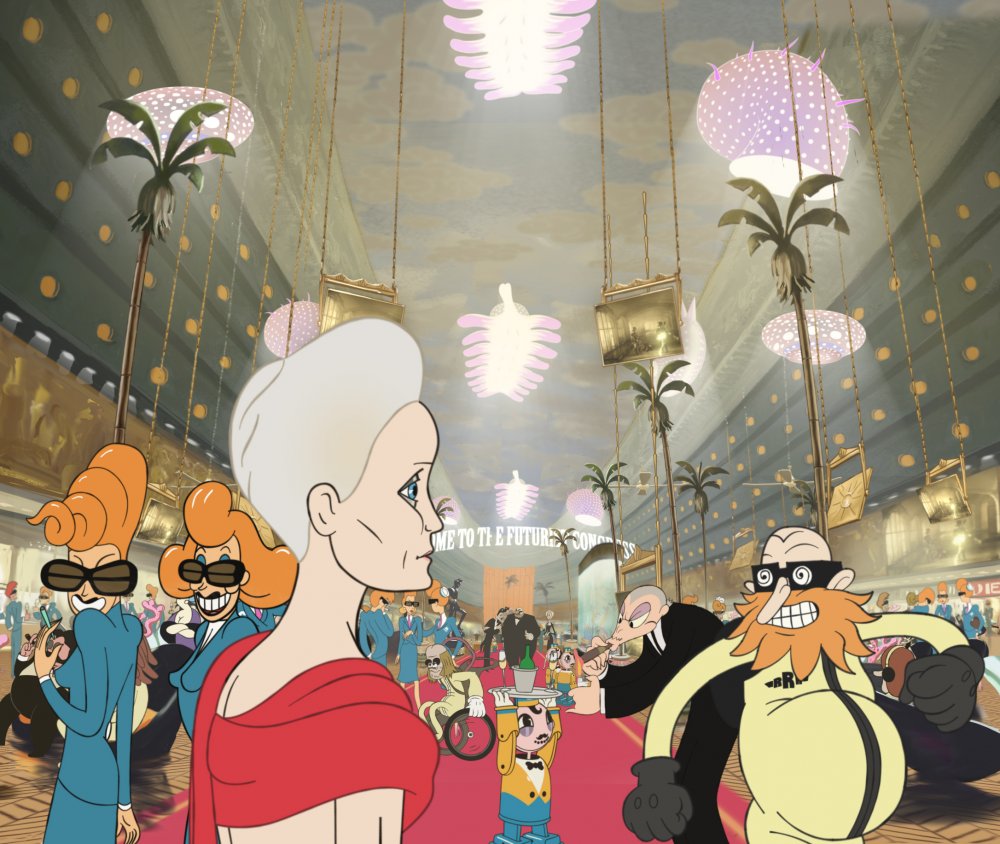 Folman’s primary concern is with where our willed abandonment of the real might be leading us; of these three films, his is the only one to express nostalgia for a lost authenticity. But The Congress’ most resonant idea is posed during the scene in which Wright enters an animated environment, and once again confronts Danny Huston’s executive (or at least a cartoon version of him), who reveals that viewers will soon have a new relationship with celebrities: “From now on, they can drink you. Or you can be eaten, like an omelette or crème brûlée… You’re a substance, that is all. You’re a chemical formula that Miramount-Nagasaki’s brilliant pharmaceutical department has cracked. And people can drink you in their milkshake, and imagine you the way that they like.”

We have virtually returned to Being John Malkovich here. But whereas that film remained essentially optimistic about stardom, The Congress throws us into a nightmarish world where, as in many American horror movies of the 1970s, cannibalism is seen as the state towards which capitalism is inevitably heading. Antiviral arrives at much the same conclusion, with celebrities selling their diseases to adoring fans, and even being cloned so that “celebrity cell steaks” can be devoured by ‘consumers’. These films suggest that the answer to Scorsese’s question, “What do they want from you?”, may be more disturbing than anyone could have previously suspected. 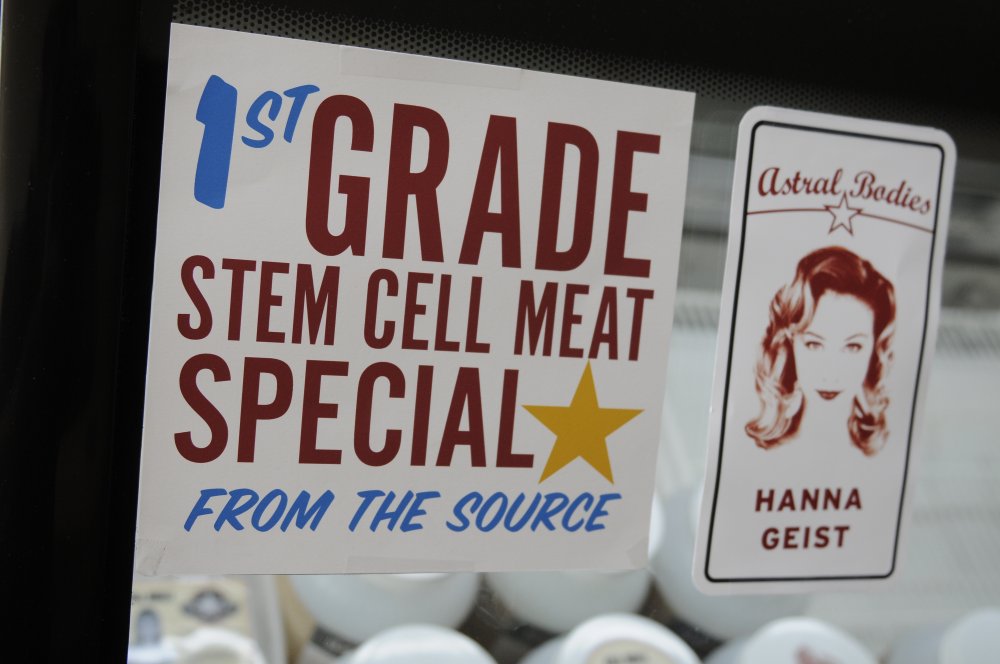