Spanish auteur Jaime Rosales softens his experimental edges a notch with a cerebral and darkly witty melodrama in which a truth-seeking artist meets her malicious nemesis. 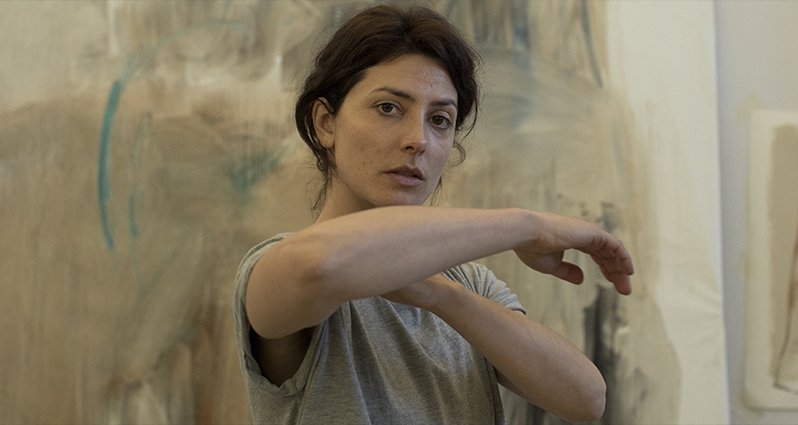 Bárbara Lennie as the eponymous Petra

“I don’t think anything can be learned from Jaume…”

A search for answers runs through Petra, a playful, perplexing melodrama from seasoned Spanish director Jaime Rosales – but forces both in and outside of the film’s narrative complicate matters at every turn. Our eponymous heroine (Bárbara Lennie, also appearing in Cannes competition contender Everybody Knows) ventures out to the sprawling ranch of a celebrated, affluent artist on a residency. However, she is searching for more than just creative or career guidance; she has bigger questions to ask of this man and his family.

Petra pivots on a number of familiar family-drama plot conventions: the secrets, lies and dysfunctional relationships that wouldn’t feel out of place in a soap opera. At the head of the family is Jaume, a mysterious and manipulative man whose choice of medium has shifted from oils or watercolours to the hearts and minds of those around him. His art is ruining people’s lives, and his Machiavellian orchestrations boast a body count. A stand-out in a cast of seasoned European actors, Joan Botey makes his screen debut here at age 77 as the piece’s devilish antagonist. The owner of the ranch that serves as the film’s primary location, Botey also fit the director’s vision for the poisonous patriarch, and he laces each withering comment or calculated scheme with incurable venom.

In what is the film’s most immediate subversion of formula, Rosales and co-writers Michel Gaztambide and Clara Roquet present the plot out of sequence, as revealed by chapter breaks that divide and rearrange the action. The second chapter starts the film, followed by the third, before the action flicks back to the first, and forward to the fourth, then the sixth, and on. It’s an approach that by turns undercuts, dissipates and confounds expectations – especially when key events, such as a character’s death, are teased in chapter titles in ways that are almost counterintuitive to their dramatic impact. 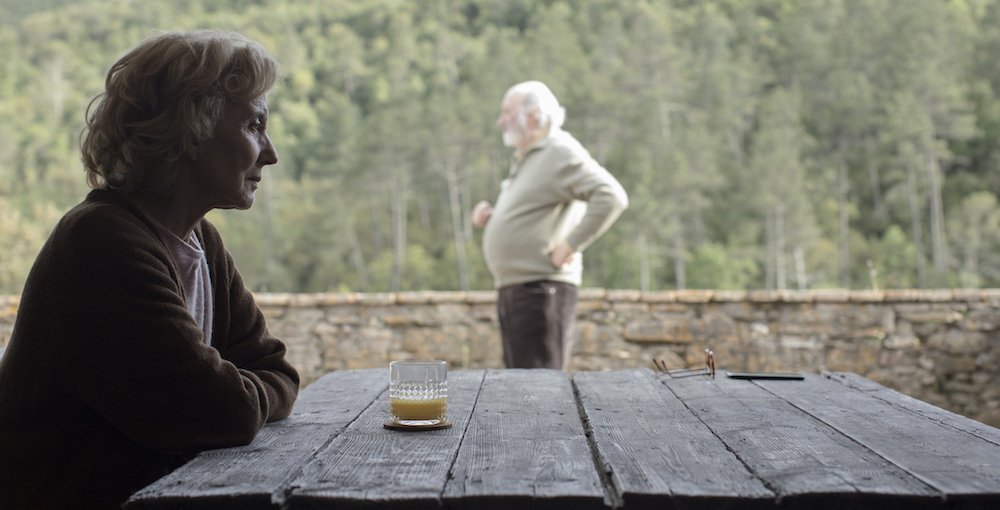 Joan Botey as Jaume and Marisa Paredes as Marisa

Rosales has spoken of Petra as the start of a new, more accessible phase of his creative life, in contrast to his earlier films such as The Dream and the Silence (2012) – but it’s clear that he still doesn’t want to make things too easy for his audience. Not only is the narrative formally elusive, but the very craft of the film is distancing: from Kristian Eidnes Andersen’s unconventionally applied, non-verbal choral score to Lucia Casal’s elliptical, sharp-edged editing, each element of the film is acting at rhythmic odds to one another.

Cinematographer Hélène Louvart’s camera drifts through scenes, often sweeping past characters and to take in the surrounding landscape, creating suspense as acts and conversations occur just out of frame. This invites the viewer, already primed by the plot’s jumbled-up structure, to scrutinise the mise en scène for clues. Is that really Madonna’s True Blue LP poking out of a bookcase – the one that starts, famously, with the hit Papa Don’t Preach?

Maybe, maybe not – but Rosales’s commitment to experimenting with novel approaches gives Petra an intriguing, engaging quality. In fashioning this unique dramatic journey, Rosales cites Aristotle’s assertion that “everything must be surprising and necessary”. Petra may not add up to a whole lot once the shuffled deck has been reordered, and the film’s thrills are certainly more cerebral than emotional – but the search for meaning, structure and purpose is an enjoyable one in itself.