Parisian students earnestly debate their theories of the cinema but struggle with life and the realities of movie production in Jean Paul Civeyrac’s bittersweet drama about youth and hope. 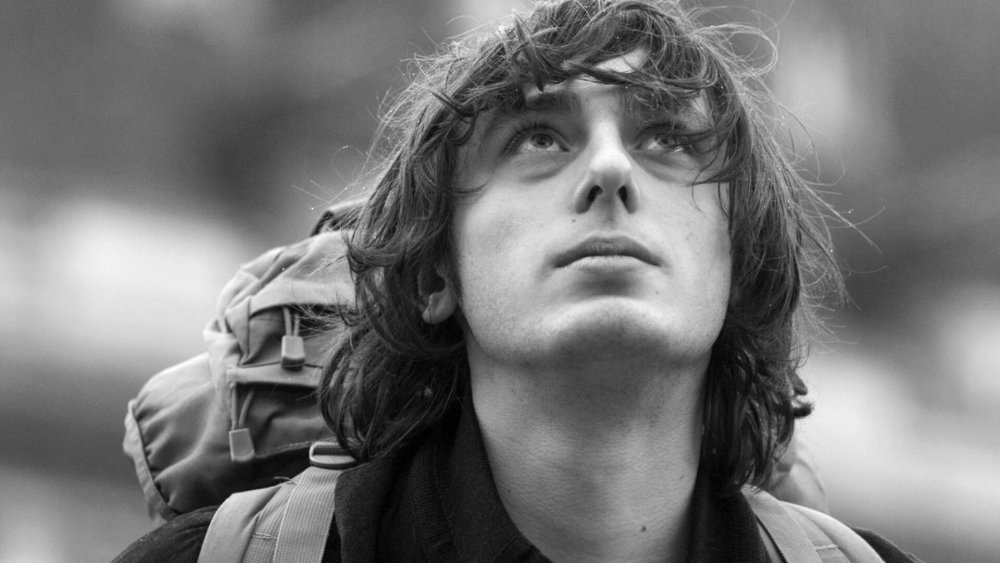 Andranic Manet as Etienne in A Paris Education

“It’s nice to see a film that isn’t full of Parisian clichés,” says student Jean-Noël about a short made by his friend Etienne.

Non-French viewers may snort at this line, coming as it does in a film in which earnest students agonise about the meaning of life and art, sometimes on the banks of the Seine. However, writer-director Jean Paul Civeyrac is only too aware of the clichés he is playing with in a film whose English title invokes the French Bildungsroman tradition of Flaubert’s Sentimental Education. As Jean-Noël points out, he and his friends are not Parisian but from the provinces, and Civeyrac’s French title Mes provinciales alludes to the work by the philosopher Pascal usually translated as The Provincial Letters, a bible for the film’s hero Etienne. This apparently quasi-autobiographical movie presents itself very much as an outsider’s view of Paris and its attendant mythology of self-discovery and artistic triumph (or calamity).

The film is alert to the fact that it, like its characters, might seem painfully earnest. Etienne and his circle of aspiring cinéastes are accused by peers of being pretentious, and sometimes it’s hard to disagree. This is a film in which characters make comments such as “Transparency is a fascist illusion” – lines that play better, and lighter, in the original French.

They inhabit a world of snobbery and dogmatism. A film lecturer sniffs at a hapless student’s suggestion that Paolo Sorrentino and Mario Martone might be compared to the Italian auteurs of yore (“Commendable, but nothing more”). In response, the class horror buff William complains that Dario Argento’s fame eclipses less familiar directors such as Sergio Martino, whom he admires for his “electrifying morbidity” (arcane names are not so much dropped here as hurled with abandon, like paving stones in May 1968). This in turn triggers Etienne’s remark that William represents “the very picture of modern mediocrity” because he likes “regressive stuff”. Sure enough, William will get to make a feature by the end of the movie, while Etienne is still hesitating over his script.

In the student milieu depicted here, intense belief is social capital. One young man is loathed by some, feted by others as “brilliant… harsh, uncompromising”, though his aura outshines any actual visible talent. He is Mathias, a firebrand only too willing to denounce William’s short as vomit-inducing, despite having only watched half of it.

Mathias is Etienne’s real love object, an arbiter of the highest cinephile values – although, as William objects, his ideas are hardly new. Indeed, his rhetoric is straight out of 1950s and 1960s Cahiers, with a distinct odour of Godard and Truffaut in their loudmouth prime. Like a character from the 19th-century novels the film echoes, Mathias is also committed to poetry, as exemplified by Gérard de Nerval, whose suicide in 1855 – a model for Mathias’s own? – remains one of the central legends of French romanticism.

Another element that may rankle with viewers is the morose central presence of Andranic Manet’s Etienne, a gangling, self-absorbed, far from charismatic figure. Etienne’s most creative act, arguably, is the elaborate performance of nervous panic he stages when the time finally comes to shoot a film. A half-hearted would-be womaniser, he slavishly follows an archaic Paris tradition by glumly staring at young women on the Metro, even sheepishly following one home (she tersely gives him the bum’s rush).

In fact, the film’s strongest characters are its young women, both in terms of what they achieve and in their screen presence: notably Valentina (played with humour and warmth by Jenna Thiam), who has a tender, rather mocking affection for Etienne; and activist Annabelle, who lambasts the film students for their introverted aestheticism. She’s played by Sophie Verbeeck, whose mesmerising severity is fabulously captured in some of the contemplative close-ups that the film abounds in. Both these actors stand out in a fine young cast, with especial energy and spiky humour coming from Gonzague Van Bervesselès’s Jean-Noël, whose skittish rendition of an Erik Satie song is a highlight.

Annabelle and Mathias differ in their attitudes to life and creative work: she rejects aesthetics, he’s resistant to politics and ‘the real’ – though he argues, however vaguely, that art is inevitably political. Civeyrac’s films have long explored a frontier between reality (rather than realism) and a sometimes hyper-refined aestheticism – displayed in elegant photography and languorous classical soundtracks – notably in Young Girls in Black (2010), about two teenage goths, and the remarkable Doris Lessing adaptation My Friend Victoria (2014), about two young black women’s relationship with white bourgeois Paris. There is a racial dimension to A Paris Education too, evident in the casting of black actor Corentin Fila as Mathias, someone seen by the others as an enigma who doesn’t belong anywhere. In this light, Mathias’s fiercely held beliefs might be seen as his defence against that exclusion, or a defiant reclaiming of it.

The ending leaves Etienne in an ambivalent position, having either renounced his ideals or still seriously planning his big move, or just conceivably pondering suicide himself – the open window of the gorgeously opaque final shot recalls the one Mathias threw himself from. However, it seems more plausible to consider this window, shot in a slow track forward, as offering a vista of absolute possibility – for the film never abandons its faith in hope or beauty. Pierre-Hubert Martin’s black-and-white cinematography favours a range of silvery greys, echoing the 1960s Russian portrait-of-a-generation feature that Etienne and his pals swoon over, Marlen Khutsiev’s Ilyich’s Gate (I Am Twenty, 1965).

There are also a few moments of rapturous chiaroscuro, such as the scene – which knowingly skirts and triumphantly transcends cliché – in which Etienne and Mathias share a nocturnal epiphany by the Seine. The moment, Mathias says, “seems like it exists just for us”. He adds: “Cinema can make these moments felt. Make it apparent that… we’re here… That’s political too.” This is one of the moments in Civeyrac’s film where the mysticism of cinema, and of beauty, intersects magically with the reality of a city, its geography, its history and its present.