Synonyms first look: Nadav Lapid muddies the dreams of an Israeli in Paris

Nadav Lapid’s boldly unsubtle allegory unsettles the audience’s understandings almost as aggressively as he does the political binaries of his young expat protagonist made over in a supposedly cosmopolitan Europe. 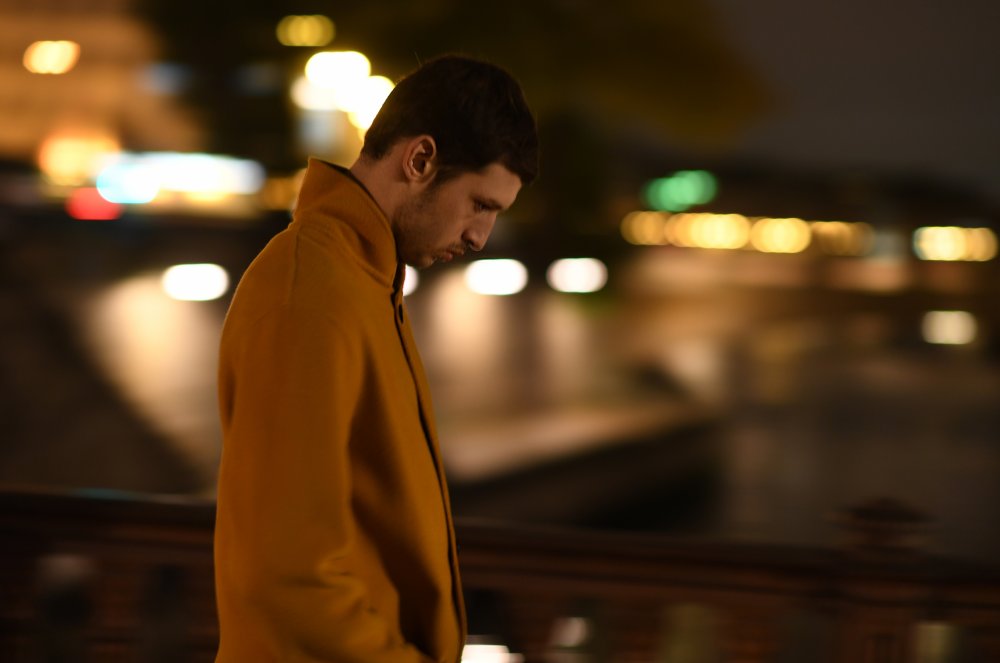 Tom Mercier as Yoav in Synonyms

It takes courage and extreme self-assurance to structure a film around a principle of confusion. Ditto writing a script in which every character and every narrative development has a metaphorical function. And never mind using these elements to articulate a scorching rebuke of Israel. Synonyms, Nadav Lapid’s astounding third feature, does indeed have chutzpah to spare, but it is backed up with the necessary aesthetic and philosophical rigour, eschewing black-and-white polemics to achieve a nuanced, probing and productively confrontational engagement with its contentious central thematic.

That so many things in the film fail to add up is an essential part of Lapid’s anti-schematic strategy and he introduces this fundamental uncertainty in the first scenes. Yoav, an Israeli who recently completed his military service, arrives in Paris and lets himself into a stunning, gigantic and completely empty apartment with a key that was left under the doormat. As he’s taking a shower, his belongings are stolen. Naked and freezing in the winter cold, he tries and fails to get help from the neighbours.

The next morning, Emile and Caroline, a young couple who live upstairs, find him hypothermic in the bathtub. They take him back to theirs, warm him up and when he comes to, gift him with an iPhone, a bunch of expensive clothes and a wad of cash. With his bounty in a plastic bag, Yoav then leaves to move into another empty apartment, this one tiny and dilapidated, located on “the other bank”. 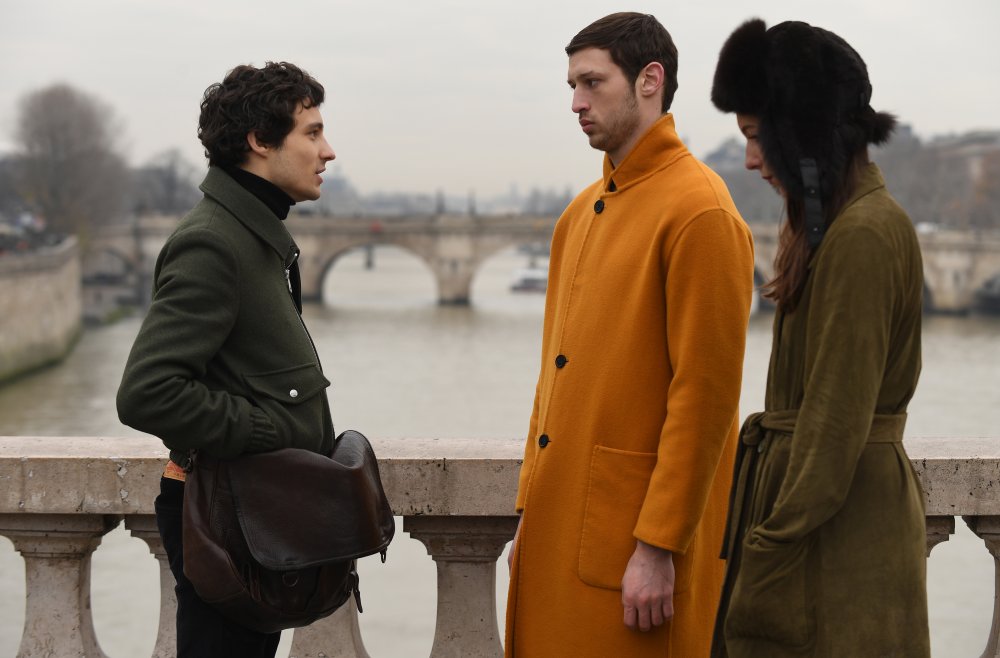 Quentin Dolmaire as Emile with Mercier and Louise Chevilotte as Caroline

Given that Yoav doesn’t know anyone in Paris, how does he have access to these two apartments, which are such conspicuous opposites? Who would want to steal a ratty rucksack and a sleeping bag? Why are Emile and Caroline so generous with a complete stranger they met in decidedly suspect circumstances?

None of these questions will be answered and the film never dispels, nor confirms, the suspicion that Yoav might have died in the bathtub and that the rest of the film is a fantasy. What’s clear is that his naked and dispossessed awakening represents a rebirth, inviting an allegorical reading of everything that follows, and it’s a remarkable feat on Lapid’s part that Synonyms doesn’t succumb under the weight of its overt symbolism. 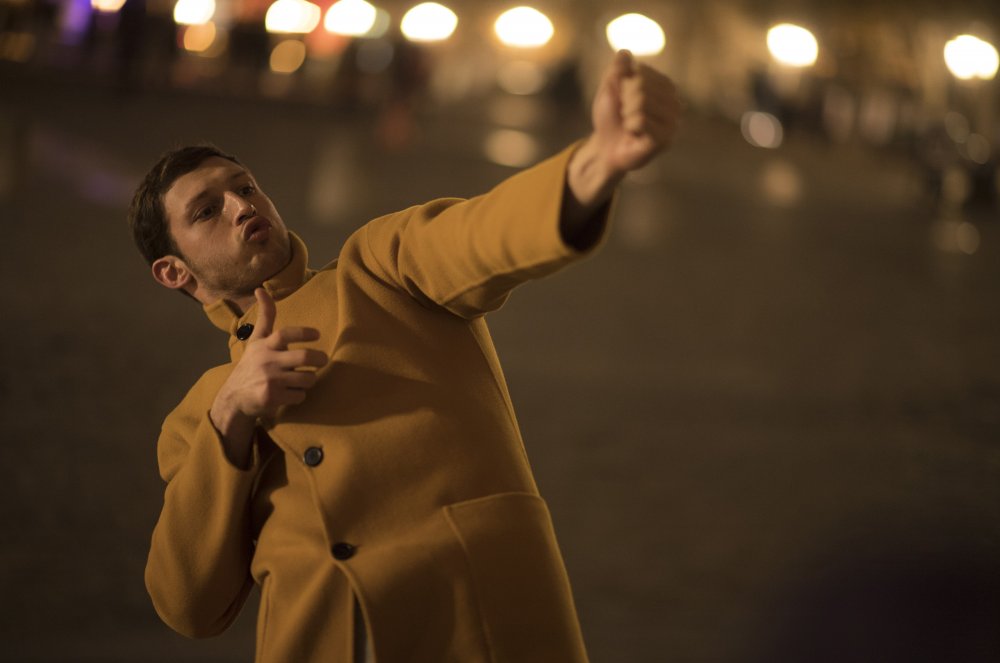 This is certainly not thanks to any effort at subtlety. Early on, Yoav buys himself a French dictionary and starts learning new words, reciting litanies of synonyms as he walks around the city. The first one we hear is an attack against his homeland. His face framed in a tight close-up, he speaks straight into the camera: “Israel is nasty, obscene, odious, sordid, abominable…” The list goes on for a while. Whereas Yoav wants a complete break with his past and refuses to ever speak Hebrew again, another Israeli character, Yaron, wields his ethnicity with aggressive pride, getting in the face of strangers at bars or on the subway and shouting that he is Jewish, daring them to attack him and prove themselves anti-Semitic.

Through such contrasts, Lapid presents variants of embattled Israeli identity, continuing the thematic investigation conducted in his first two features, Policeman and The Kindergarten Teacher. (It’s no coincidence that Yaron and Yoav should share the names of those films’ protagonists – a fascistic counterterrorism officer and a child poet, respectively.) By setting Synonyms outside of Israel, Lapid introduces an explicit international dimension for the first time, further elaborating his deceptively dialectical approach. Yoav imagines France as a utopia, whose core egalitarian values – liberté, égalité, fraternité – and strict separation of church and state are the opposite of Israel’s, while Emile and Camille personify his aspired-to French ideals: beautiful, rich, cultured, romantic, promiscuous. 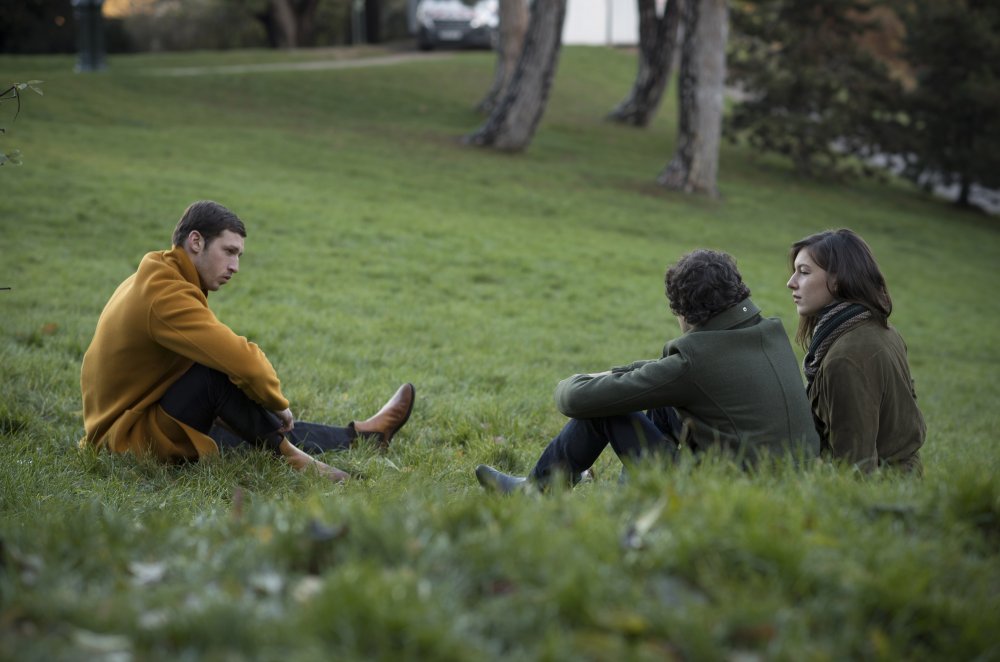 Yoav conceives of everything in such binary terms and when his experience fails to neatly corroborate these dichotomies, it precipitates a breakdown. In a terrific scene late in the film, he attends an integration course and the teacher gets him to sing the Marseillaise. Taken aback by the militaristic and xenophobic content of the lyrics, Yoav sings each successive verse with increasing ferocity, giving expression to the violent extent of his disillusionment. At length, as the reality checks accumulate and his fairy tale becomes smirched by exploitation and intolerance, Yoav is forced to confront the impracticability of escape as a solution to conflict, be it internal or external.

Related to Synonyms first look: Nadav Lapid muddies the dreams of an Israeli in Paris