Following his Venice Golden Lion winner Lebanon, Samuel Maoz extends his range with this Silver Lion – Grand Jury Prize winner, playing off home-front traumas with the absurdism and rage of life on the Israeli frontline.

In its opening act, Samuel Maoz’s new feature feels like a logical, if mildly risk-averse, follow-up to his Golden Lion-winning breakthrough Lebanon (2009). The earlier film drew on Maoz’s own traumatic experience as a young Israeli soldier to deliver a simple but effective evocation of the senseless horrors of war, confined entirely to the cramped interior of a tank. Foxtrot similarly starts out as a claustrophobic chamber drama, this time exploring what unfolds when word of said horrors reaches folks back home. Its opening scene plays out seemingly in real time, with middle-aged couple Dafna (Sarah Adler) and Michael (Lior Ashkenazi) receiving the most unwelcome house guests conceivable – soldiers, visiting to break the news that their son Jonathan has fallen in the line of duty. Dafna faints immediately, while Michael freezes on the spot for what feels like minutes.

As we watch, in uncomfortable close-up, the couple’s world come crashing down around them, it’s clear that stark renderings of human suffering remain Maoz’s forte. Ashkenazi is staggering when plumbing the depths of Michael’s despair, and a scene in which he resorts to self-harm is particularly wrenching.

But it’s equally clear that the filmmaker is eager to expand his range, as he infuses these early sequences with flourishes of deadpan humour. When attempting to comfort Michael, the soldiers bizarrely fixate on the importance of remaining hydrated. They even set his phone to issue hourly reminders to drink water, ensuring that this inane advice is reiterated ad nauseum, at the most inopportune moments. And then, a bleakly hilarious twist that renders much of what we’ve seen thus far meaningless. 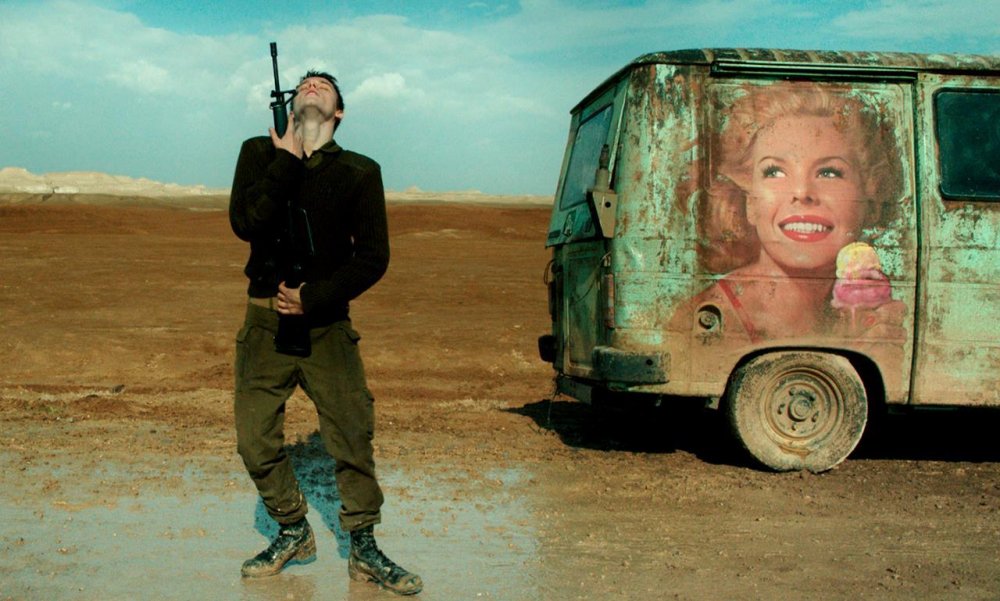 Act two switches things up disorientingly, as we relocate to a remote roadblock on Israel’s northern border. A showstopping, Felliniesque sequence, which is being used in its entirety as the film’s initial trailer (see below), sees a young soldier dancing the foxtrot, using his rifle as a partner, dwarfed by the expansive blue sky above. This ushers in a playful, melancholic reflection on the inanity of everyday modern military life. It’s perhaps a little disappointing to see Maoz essentially riffing on a template laid out by Sam Mendes’ Jarhead, but cultural specificity lends these scenes extra poignancy – conscription in Israel ensures that a majority of its citizens squander years of their youth in such stifling conditions.

This chapter is further elevated by two sublime sequences. The first revolves around a colourful, rambling anecdote, relayed by one of the boys, which fuses pop culture profanity and the horrors of the Holocaust in a manner that would make Tarantino proud. The second is a tense set-piece that rouses our heroes out of listlessness in stomach-churning fashion. 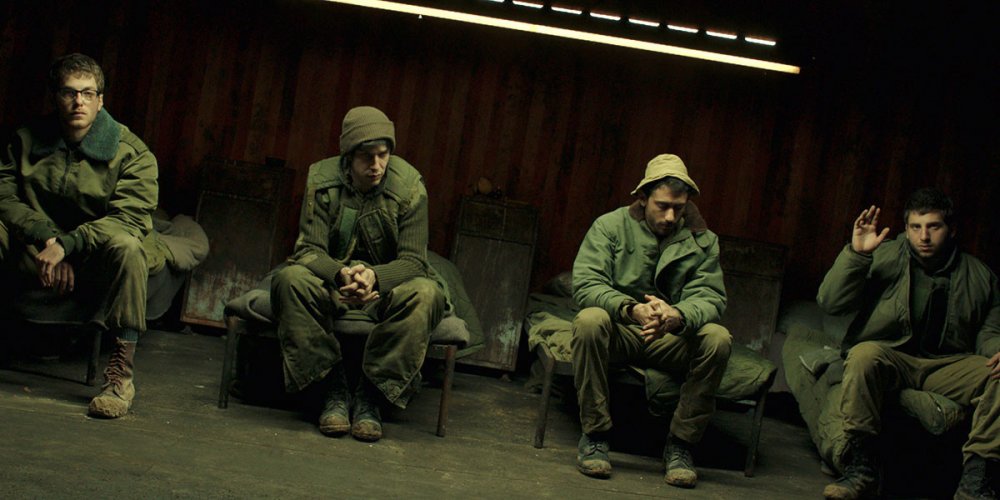 Finally, we rejoin Michael and Dafna, to whom fate has dealt a further blow. Initially, this return to domestic grief feels misguided. By this point, the emerging triptych structure and flashy authorial intrusions have shattered the sense of intimacy and authenticity that made the opening scenes so stirring. But as the full story of Jonathan’s demise finally takes shape, it transpires that Maoz has kept one last bitterly cruel trick up his sleeves. This elegant, compellingly multifaceted film makes Lebanon’s Golden Lion win seem entirely premature.

Related to Foxtrot review: a savage satire of Israeli military grief and grind