Dreaming The Dreamers: Gilbert Adair on working with Bernardo Bertolucci

Critic turned screenwriter Gilbert Adair recalls the experience of adapting his first novel The Holy Innocents as The Dreamers, Bernardo Bertolucci’s portrait of three young cinema lovers caught up in the political turmoil of 1968 Paris.

Originally published as Actors with Bottle in our January 2004 issue 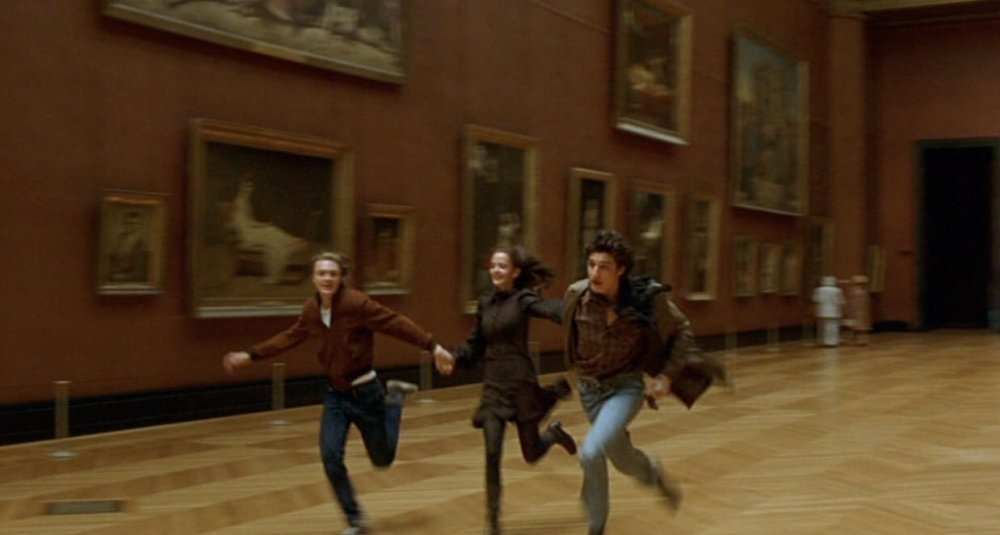 Michael Pitt as Matthew, Eva Green as Isabelle and Louis Garrel as Theo in The Dreamers (Les Rêveurs/I sognatori)

The novel on which my screenplay for The Dreamers is based was originally published in 1988 under the title The Holy Innocents. It was my first, semi-autobiographical novel, and even though it received a favourable press I myself was profoundly dissatisfied with it and remained so ever after. So much so that when, almost at once, my agent received a proposal from a film company, I told him categorically to reject it. And when, over the years, producers continued to show interest, I asked, on the grounds that it was easier to turn down a proposal if you didn’t know it had been made, that I not even be kept informed of who they were and what they were offering.

My agent respected this request until the spring of 2001, which is when he finally cracked. He felt (rightly, as it happens) that I’d want to know not just that an offer had been made by Jeremy Thomas, the most adventurous, least insular by far of contemporary British producers (Merry Christmas Mr. Lawrence, The Last Emperor, Crash), but that it had been made on behalf of a director for whom I had enormous admiration, Bernardo Bertolucci.

So I accepted Jeremy’s offer and also Bernardo’s suggestion that I write the adaptation: the offer because I couldn’t think of a filmmaker who had a greater affinity with the novel’s themes than Bernardo (I’m surely not alone in having often felt the desire to touch his films, to caress them, as one desires to caress flesh); the suggestion because it gave me a chance to rewrite – or, rather, as in a palimpsest, to overwrite – that first version with which I was so unhappy. (There was equally the fact, let’s be honest, that I stood to make a whole lot of money.) The impetus to ditch the original title was Bernardo’s, who cared for it as little as I did myself, and together we came up with The Dreamers. 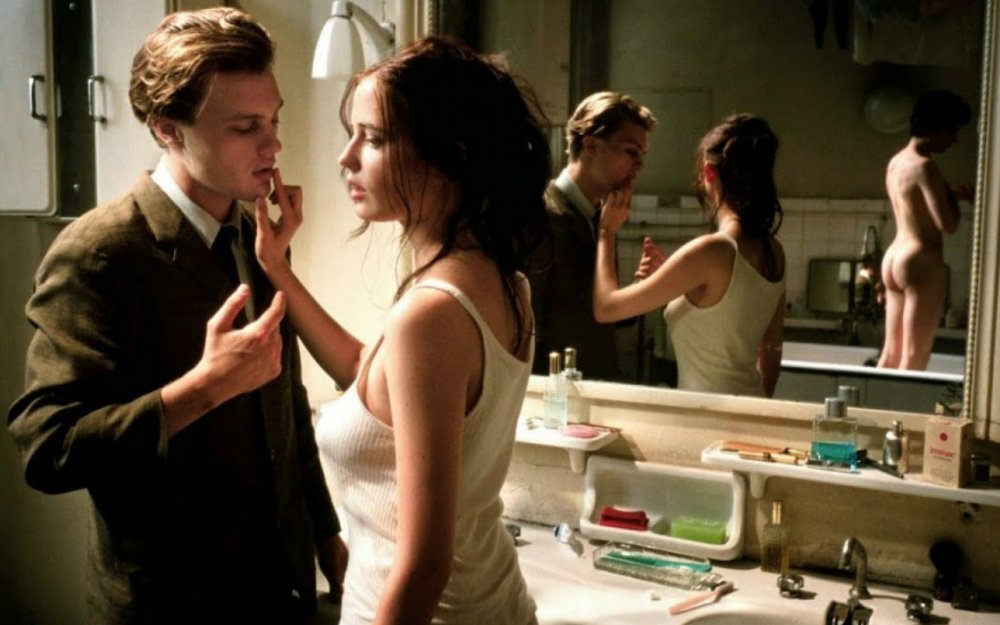 That was to be the first of innumerable changes along the way. And perhaps I can explain the necessity of those changes by way of a whimsical analogy. If you wear dark grey trousers, say, and a jacket that’s also grey, but not exactly the same grey, the result looks awkward and inelegant, as if you were hoping to pass the ensemble off as a suit. Better to wear a jacket of a different colour altogether. So with a novel and its cinematic adaptation. So, too, with my novel and Bernardo’s film. They may be twins but – like our fictional siblings Theo and Isabelle – they’re not identical.

During the following year I worked on the screenplay either alone or in tête-à-tête sessions with Bernardo. With scenarists, I was to discover, his preferred modus operandi consists less in telling them what he wants than in telling them what he doesn’t want, so that by a productive trial-and-error process they end by giving him what he was really looking for, but possibly didn’t know he was looking for. And in the lengthy period prior to the shoot itself I discovered a lot else that was new to me – about filmmaking, about the hazards of adaptation, not least about myself.

I discovered that if a novelist has been commissioned to adapt his own work to the screen, then he himself must also, in the word’s intransitive sense, ‘adapt’. Adapt to Bernardo personally (not a problem). Adapt to the idea of collaboration (more of a problem since I’ve always been the kind of writer who composes, so to speak, ‘at the piano’, at the computer keyboard, the physical act of typing generating its own feedback). Adapt, ultimately, to the pressures and compromises endemic to filmmaking. 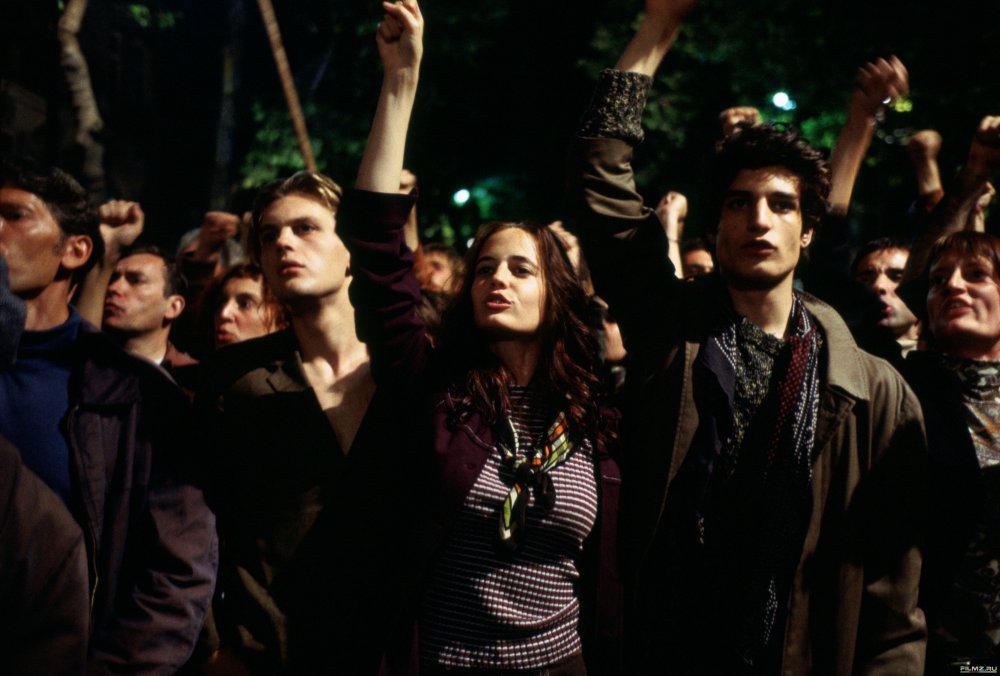 During the shoot, which I attended throughout, mostly at the director’s side (a rare occurrence for a screenwriter), I learned that, unlike a writer, whose working hours form part of his private life, who writes alone and as far as possible undisturbed in his study, a filmmaker is both a creative and a performing artist, both a composer and a conductor. Coleridge was famously interrupted in the trance-induced gestation of Kubla Khan by the ill-timed arrival at his front door of “a person from Porlock” – well, a film set positively buzzes with persons from Porlock. Yet, surrounded by actors, technicians, accountants, producers, journalists, visitors, friends and all manner of hangers-on, Bernardo nevertheless succeeded in making a film as personal and magical as any in his filmography. My admiration for him increased as boundlessly as my own secretly harboured ambition to direct a film decreased.

Then there were our three leads, the American Michael Pitt and two French actors, Eva Green (daughter of Marlène Jobert and niece of Marika Green, the unforgettably sulky heroine of Bresson’s Pickpocket) and Louis Garrel (son of the quintessentially 1960s filmmaker Philippe Garrel and grandson of actor Maurice Garrel). Their ages ranged from 19 to 23 and they were all pretty much untested (only Michael, who’d previously worked with Gus Van Sant, Larry Clark and Barbet Schroeder, had a real curriculum vitae). And all three would grow increasingly protective of what they came to regard as their fictional ‘selves’. In fact, they were collectively responsible for shattering one of my major preconceptions as to the nature and essence of filmmaking.

I had always believed that an actor and the role in which he or she has been cast could be compared respectively to a liquid and the bottle into which it’s poured. For me, in other words, the actor was an exemplar of pure potential – fluid, mercurial and formless – until poured into the receptacle of the character, whose shape he or she then progressively embraces. 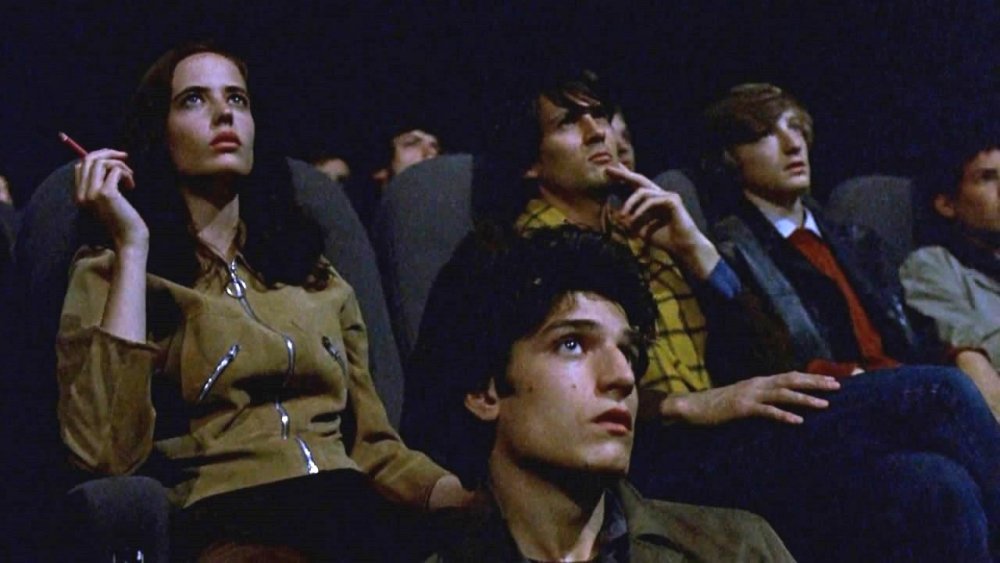 But I couldn’t have been more hopelessly in error. The simile may hold good, but I’d got it the wrong way round. In the cinema of a director as sensitive to chance as Bernardo, a director who regards his film as an organic object, constantly changing both shape and direction until it has at last been ‘locked’, it’s the characters who remain fluid and formless and the actors who become the receptacles of meaning, emotion and individuality. Which means that it’s the screenwriter’s job to create characters capable of getting under the actors’ skins, not the actors’ job to get under the characters’ skins; and the uncanny degree to which the identities of Michael, Eva and Louis would coincide with those of the characters they were playing was reflected in an incident that occurred during the second half of the shoot.

It was Bernardo’s receptivity to the atmosphere on the set that caused the film-in-progress to shed one skin after another, until the supposedly ‘definitive’ shooting script started to strike us all as more and more quaintly detached from the reality of what we were filming. There remained, though, a number of plot points on which Bernardo and I were in complete agreement, points, we both felt, which had to be respected, whatever else turned out to be dispensable. One such related to the revelation of a significant facet of Isabelle’s psychology (and I’ve no intention of divulging here what that facet might have been). Yet come the day when the scene in question was to be shot, we had to face down a mini-revolt. The actors had talked the whole thing over and arrived at the conclusion that Bernardo and I had got it wrong. Isabelle, we were told, would not do what it was that we, the film’s ‘creators’, were convinced she had to do. And therefore neither would Eva.

Naturally, had Bernardo barked at her that it wasn’t her business to decide how her character should or shouldn’t behave, she, a relative beginner grateful to have been selected for a major role in a film by so celebrated a director, would have apologised and performed as requested. But that’s not what happened. Bernardo and I debated the problem at length, eventually conceding that if all three actors felt so strongly about the matter, it must mean that by dint of having ‘lived with’ their characters for so long, they’d come to understand them better than we did. Eva hadn’t ‘become’ Isabelle – to mimic the kind of rhetorical cant frequently found in essays on acting – but she had unquestionably become more intimate with the character than either Bernardo or I. And so we surrendered – gracefully, I trust – to what we acknowledged as her better judgement. 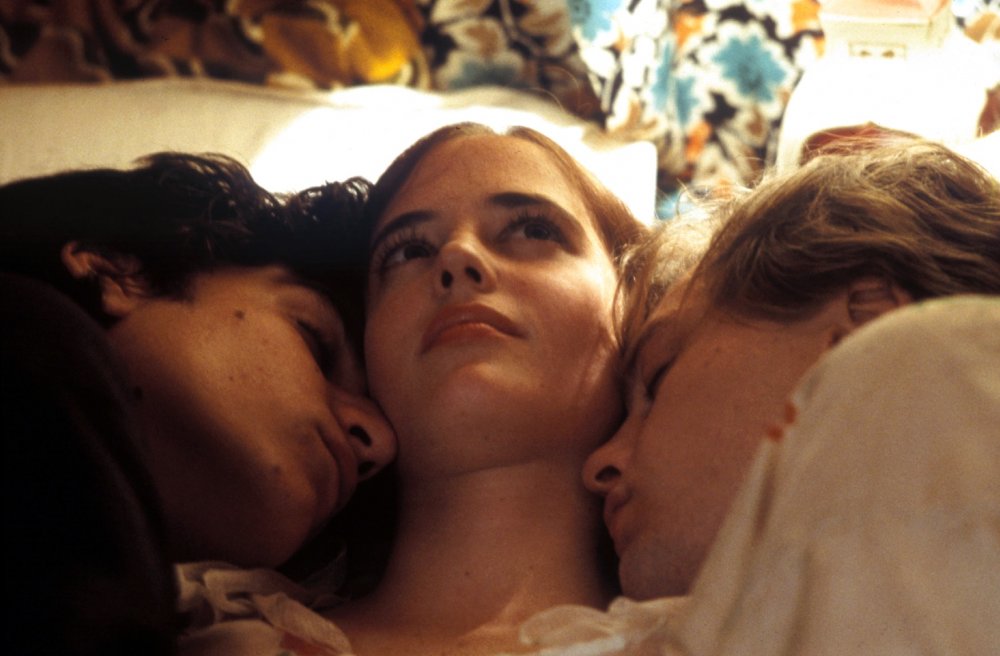 That incident was only one of several extraordinarily intense moments of a shoot that – however the film itself is received – was some sort of masterpiece, acknowledged as such even by cast and crew who spend most of their professional lives on film sets. In 1962 Buñuel made one of his finest works, The Exterminating Angel, about a motley group of dinner guests who realise that, for no reason evident to the spectator, they are physically incapable of quitting the room in which the meal has been served. That was exactly the experience of everyone involved on The Dreamers. Day after day, week after week, for three memorably bruising months, we all found ourselves prisoners of a five-storey hotel particulier on the place Rio de Janiero in Paris’s leafily affluent eighth arrondissement, in the quotidian company of a trio of gorgeous young actors, naked or half-naked for much of the time. Visitors, even celebrity visitors, were resented as interlopers; exteriors as pesky interruptions. Even the climactic return of the twins’ parents was experienced as no less an intrusion by those of us behind the camera as by their fictional offspring. And when, every other weekend, I myself went back home, instead of lingering in London until the last possible minute, to lunch with friends, catch up with some current exhibition or whatever, I’d find myself rushing back to Paris, to the place Rio de Janiero and to the dream we were all dreaming together.

“A dream we all dream together…” Interestingly, that, I recall, is how Cocteau, one of the film’s guardian angels, defined the cinema itself.

Related to Dreaming The Dreamers: Gilbert Adair on working with Bernardo Bertolucci