Misbehaviour review: a too-trim retelling of the 1970 Miss World takedown 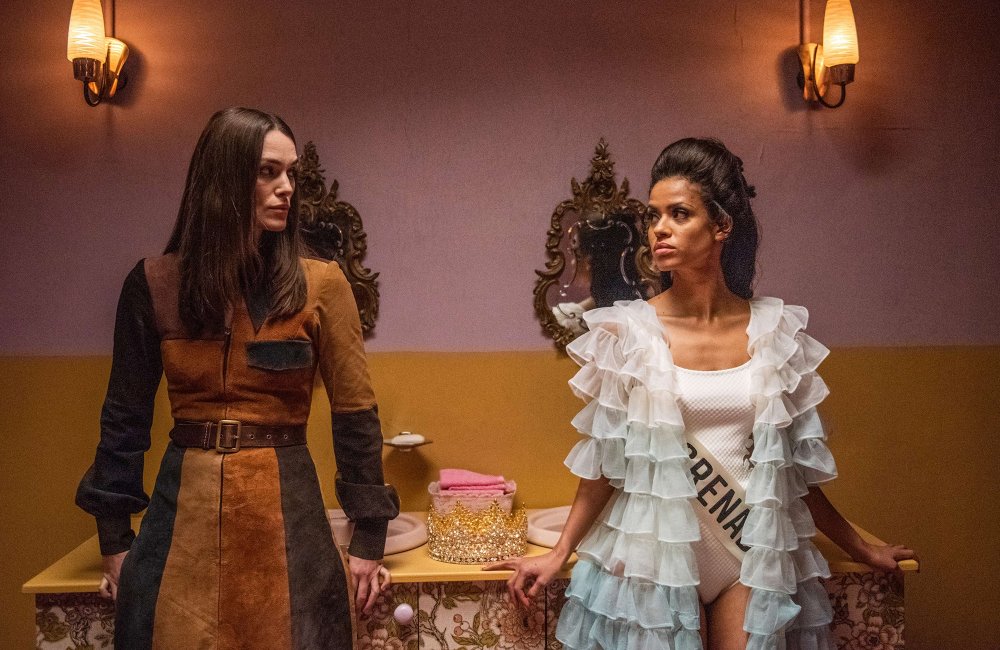 In the Britain of 1970 the Miss World contest represented the height of saucy sophistication. Philippa Lowthorpe’s perky but earnest comedy drama does a fine job of recreating the drab, sexist national climate; but its heroines are the Women’s Liberation activists who brought the 1970 contest to a standstill. The film splices together the true stories of the political awakening of mature student Sally Alexander and the fierce ambitions of two black contestants, with MC Bob Hope’s skirt-chasing shtick.

Often unsure whether to go for outrage or laughs, it maintains a genial but uneasy balance between its dramatic and comic elements. Keira Knightley’s serious-minded Sally, endlessly patronised by male tutors and students (at interview, she is awarded a covert 9/10 mark for looks), simmers with frustration at their refusal to take seriously her feminist history proposal. But her zealous strand is overshadowed by the sly wideboy comedy of Rhys Ifans’s Eric Morley, the short-tempered pageant pasha, pestered by activist Peter Hain until he includes in the line-up, alongside the white Miss South Africa, a black Miss Africa South (a vulnerable Loreece Harrison). Rebecca Frayn’s script is sharply observant of the racism that she and Gugu Mbatha Raw’s gracious Miss Grenada face, ignored by the press but eager to use the contest as a springboard to a better life.

While the film transmits sensitively these women’s longing, its agitprop squat scenes can’t convey the excitement of early Women’s Liberation Movement meetings, wasting Jessie Buckley’s bolshie Jo as a noisy foil to the sensible Sally. The film invites comparison to other period protest dramas, such as Pride (2014) or Made in Dagenham (2010) but, lacking the political anger of the one and the collective-action comedy of the other, it feels well-intentioned but small-scale, a gently satirical snapshot of changing times. Conventionally shot and scored (Aretha Franklin’s Respect gets an outing), its interiors dipped in 1970s brown-and-orange, it has the feel of a classy TV movie.

With the exception of Mbatha Raw’s steel under sweetness, the performances are fine, but slightly mechanical. So is the film’s unifying feminist theme, least successfully manifested in the revolt of Dolores Hope (a jaundiced Lesley Manville) against Bob’s casual infidelities. Greg Kinnear plays Bob with the smirking entitlement of a man who can sum up his consideration for women’s feelings in a winking “I consider feeling women all the time.”

Related to Misbehaviour review: a too-trim retelling of the 1970 Miss World takedown