How the battle for women’s suffrage in the early years of the 20th century was captured on film.

Silent film curator, Bryony Dixon, explores how the BFI’s collections highlight the passion and media savvy of the suffragettes’ struggle, offering a fascinating portrait of British women during this time.

Suffragette, Sarah Gavron’s powerful new drama starring Carey Mulligan, Helena Bonham Carter and Meryl Streep, opens the 2015 BFI London Film Festival. It is the first feature film to tell the story of the ordinary British women at the turn of the last century who risked everything in the fight for equality and the right to vote, and will be released nationwide on 12 October. 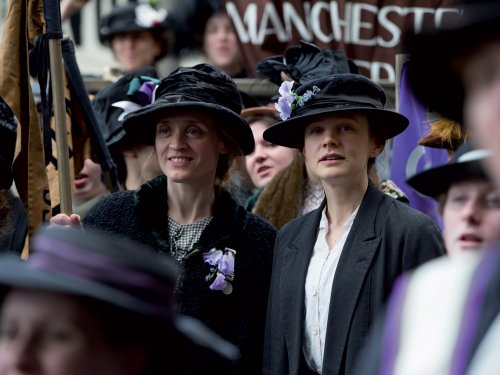 To complement the release of Suffragette, we are releasing a selection of silent films from the BFI National Archive, showing how suffragettes were portrayed on the cinema screen while their battles were still being waged on the streets outside.

Make More Noise! Suffragettes in Silent Film will be screened at cinemas across the UK from 23 October. The films will also be released on BFI Player and on DVD. A version for schools has been created in partnership with Into Film. Bright, Bad and British! will screen in cinemas as part of the Into Film Festival 4-20 November and will be available on DVD for schools via Into Film from 30 November.

24 young film-makers have been selected to produce three short films to support Suffragette through the . Following their premiere at the BFI London Film Festival, the shorts will be available online.