Alex Ross Perry’s fictional punk biopic begins as a riot of viciousness, but as his heroine gets clean the film finds a stillness and purity that redeems it. 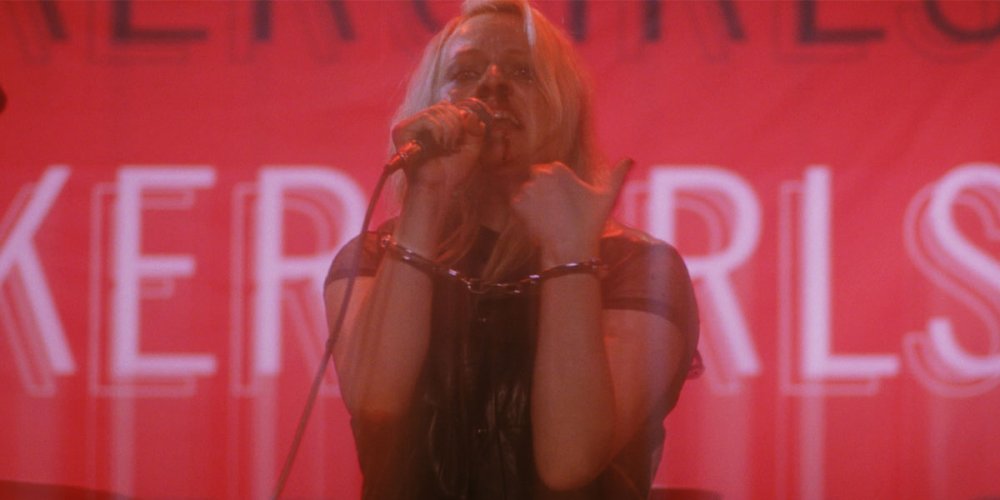 Two very different songs bookend the narrative of Her Smell. An energetic cover of The Only Ones’ springy guitar rock anthem Another Girl, Another Planet opens proceedings, poured out of the honeyed throat of Becky Something. Becky is the lead singer of fictional girl-rock band Something She, played by a combustible Elisabeth Moss with total devotion. A quiet, singular rendition of Bryan Adams’ sentimental Heaven arrives close to the conclusion, maybe offering some kind of absolution for its newly sober protagonist.

Alex Ross Perry creates a riotous, punishing portrait of a girl-rock band in freefall, with Moss as a Courtney Love-alike star and substance addict. Becky spends most of the film flailing and shouting, smeared in sparkly makeup and hovering around a hired shaman who causes her to spout inane mystical beliefs. She has absolved herself of responsibility for her infant daughter and bereft ex-husband, and her bandmates (Agyness Deyn and Gayle Rankin) watch on helplessly as she grows increasingly manic and destructive. The majority of the film’s running time is given over to watching Becky’s backstage histrionics, with the camera rocketing around the dank backrooms of beer-soaked punk venues and recording studios.

Becky’s taste for the occult and her increasing paranoia are girded by an ominous, claustrophobic soundtrack, pelting the audience with a sense of overwhelming psych-horror. Becky’s tendency for abject cruelty toward the people around her heightens this sense of danger; the fact that Moss manages to rattle off some of the verbose dialogue in play is another testament to her talents as an actress. The supporting cast provide some counter-weight to Moss’ madness, particularly Deyn as bandmate Marielle Hell. Perry has been canny to cast former it-girl models such as Deyn and Cara Delevingne, suggesting the buried glamour of musical trends gone by. But Deyn in particular is also a fine actress, casting a glassy eye on the events around her, snorting cocaine at every opportunity and nonetheless remaining the best of a bad bunch when it comes to mental stability. 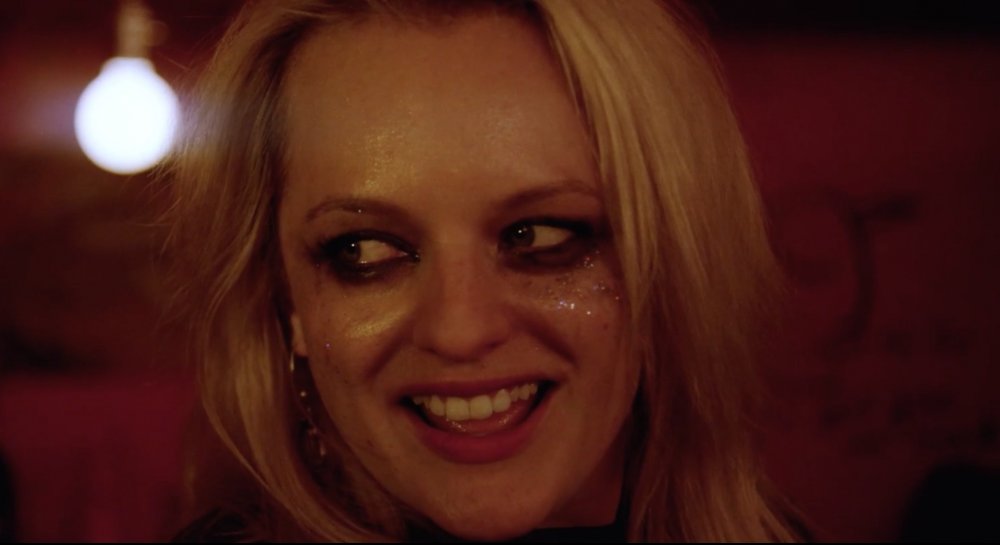 Later in Her Smell, a telling transition comes: the throbbing music eases off and Becky presents as ‘clean’. Moving forward a few years, she has shaken her addictions and most of the foibles that came with them. She still believes in witchy visions and dark magic, but the wildly smeared makeup and whirling dervish energy have gone. Her face, her home, her voice – all are purified. When her daughter asks her to play a song, her mawkish choice of Bryan Adams – performed with a stillness and simplicity that is deeply touching – also seems like a purification, of sorts. The punk has been siphoned out of her system, or at least until she’s invited for one final reunion show.

There are perhaps some questions to be asked about Perry’s dedication to depicting Moss in some extreme and degraded emotional states, taken together with his exercise in female hysteria, Queen of Earth. But what really elevates the film’s darkness is its propensity to find light, redemption and communal love in the destructive throes of the music scene. For a smart-alecky director, Perry deploys a rather genuine sense of love and uplift in the final act, and in his evocation of a moment and an atmosphere, Her Smell feels devastatingly accurate.