Timothée Chalamet plays a young man who succumbs to meth addiction and Steve Carell his distraught dad in this touching character study. 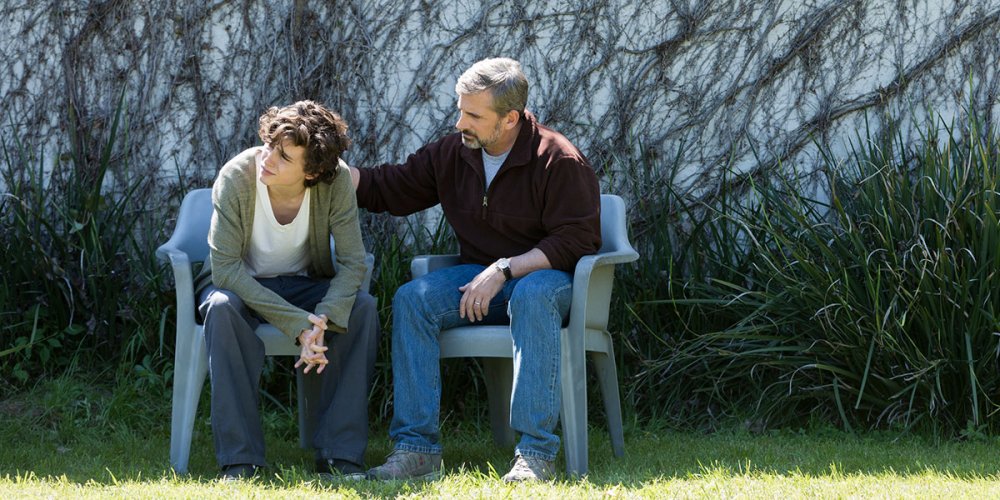 Beautiful Boy opens with David Sheff (Steve Carell) picking up a book in his missing son’s room. It’s a copy of F Scott Fitzgerald’s The Beautiful and Damned. The beautiful and damned in question is his son, Nic Sheff (Timothée Chalamet), a high school senior with everything ahead of him; smart, well-liked and with a stable, loving family. Nic is the sort of boy who is meant to succeed in life. Instead Beautiful Boy tells the real life story of Nic’s descent into meth-addiction. Based on two memoirs by American journalist David Sheff and his son, Beautiful Boy is the story of how Nic lost control of his drug habit and how David lost his son to addiction.

Director Felix Van Groeningen makes a decision not to depict much of Nic’s life as a drug addict. Instead we focus on the Sheff family: largely on the impact on David but also on Nic’s mother, Vicki (Amy Ryan) and David’s second wife, Karen (Maura Tierney) alongside their two younger children. We rarely see Nic’s life as a drug-user, instead we see the aftermath through his family’s eyes.

The film is cyclical: Nic gets high, David can’t find him, they reconcile and fight. It’s a repetition of drugs, rinse, repeat that begins to stale midway through Beautiful Boy. But how can you make a film about addiction without the humdrum repetitiveness of attempting to get sober? As a doctor tells David, relapsing is part of the road to sobriety. Beautiful Boy’s authenticity drags down the narrative but it’s a welcome move away from the typical sensationalism of addiction stories. Nothing is black-and-white. Nic wants to get clean but he’s also willing to die for his next fix. Addiction doesn’t have a neat plot. 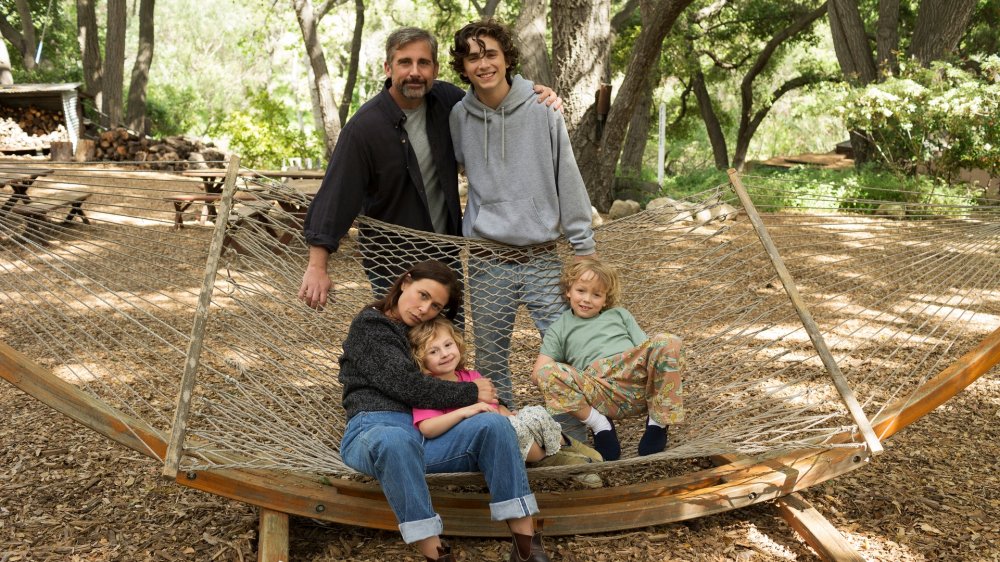 Chalamet gives the film’s standout performance as Nic. During a confrontation with his father, we can see everything on his face – rage, mania, desperation, and love both for drugs and his father. He’s perfectly cast as the beautiful boy who goes through meth-induced hell and back. There are none of the clichéd tics of Hollywood addiction; this is a nuanced performance of self-destruction. Carell is more subdued, as David approaches his son’s addiction like a good journalist, with thorough research. In a scene in a dinner, David asks his son with desperation, “Who are you?” The boy he knew inside and out is gone, replaced by a husk.

At its crux, Beautiful Boy is the story of a father letting go of his son. In one of the numerous flashback scenes to Nic as a young boy, we see father and son surfing. David loses his son, shouting his name in a panic until he spots Nic, who has gone ahead, searching for a bigger wave and a bigger high, gleefully surfing back into the beach. As a narrative Beautiful Boy falters, but as a character study of a father and son relationship it excels. It’s about a boy wanting to fill a black hole in himself by the most destructive means and a father losing his parental control. How do you save someone who doesn’t want to be saved? You have to let go.

Related to Beautiful Boy first look: the messy destruction of a father-son bond