“Laughing is a way to resist”: Annemarie Jacir on her father-son wedding drama Wajib

Palestinian director Annemarie Jacir on working with father-and-son actors, political/comedic filmmaking and the bright future of the region’s cinema. 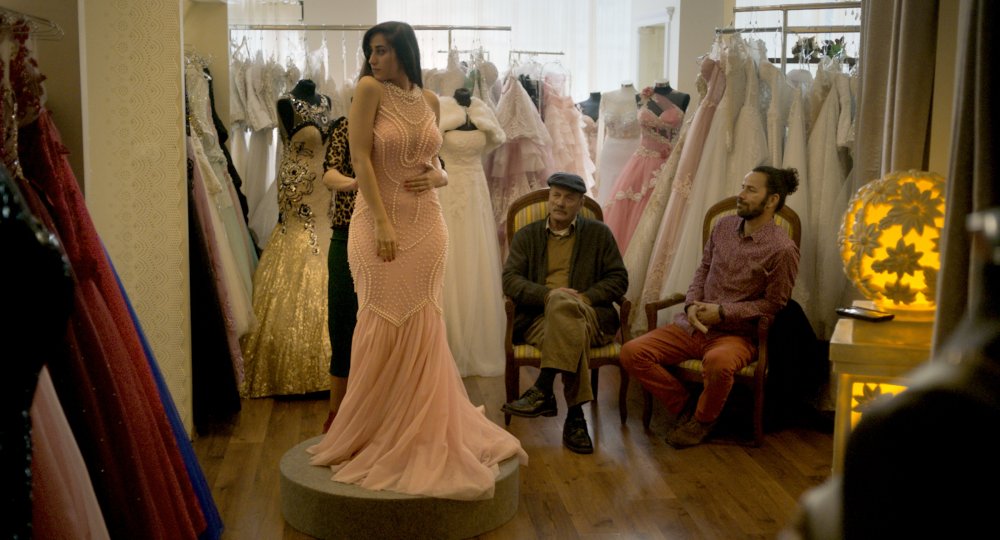 Maria Zreik as Amal, Mohammed Bakri as Abu Shadi and Saleh Bakri as Shadi in Wajib

Annemarie Jacir is a trailblazing filmmaker: her 2003 short film Like Twenty Impossibles was the first Arab short to be officially selected for Cannes; her 2008 feature Salt of This Sea was the first from a Palestinian woman. Both it and 2012’s award-winning When I Saw You were her country’s official Oscar Foreign Language Film submissions, forging more new artistic territory.

Wajib is on regional release in the UK from 14 September 2018, and on BFI Player and Curzon Home Cinema.

The Safar Film Festival runs 13-18 September 2018 at the ICA Cinema and Institut Français, London; Wajib screens on 15 September with a Q&A with Annemarie Jacir.

Yet her work shows that she has a profound connection with, and clear view of, the importance of history and its political and social obligations. In fact her new film Wajib roughly translates as ‘social duty’, focused on the age-old tradition of father and son delivering family wedding invitations by hand to their local community in Nazareth, Palestine’s largest city and the only one inside Israel’s borders.

Was there anything specific you saw or learned from accompanying your husband on his wajib, delivering family wedding invitations?

I found something familiar to my own family – a family where the women do much of the talking. I sat in the backseat and tried to be an observer. I loved watching the small interactions between father and son, who very rarely spend time alone together. And in this specific context of going through a tradition which is all about community interaction, about who they are in front of the community, or who they might pretend to be.

To what extent do you see filmmaking as your own wajib or social duty in the way it can provide cultural visibility or influence cultural dialogue?

I don’t feel filmmaking is a duty but rather an art form that I am mad about. It is a craft – one that I constantly want to work on and become better at. As a Palestinian, of course I am drawn to stories of the people I know. But certainly not limited to that. I believe one has to be free in one’s work and not feel restricted by anything. There are enough restrictions as a Palestinian, and as a woman; I do not want any more.

Early in the film when the men deliver an invitation to a widow, they tell her, “We know you can’t attend, but duty is duty. That’s wajib.” Is that what Shadi is rebelling against – empty or merely symbolic gestures?

That’s part of what he rebels against. At the same time, he’s traveled all this way because that is his wajib as the son. Everyone has their wajib, everyone has their own things they feel they need to do or should do. Much of it is empty. But some of it is about being kind to each other, and about being human, living in a community together. And the very wajib of delivering invitations for Palestinians whose identity is being threatened every day is a way also to resist being erased.

The film is beautifully balanced between the perspectives of Abu Shadi and Shadi. I’m interested in which aspects of belief or personality you feel you share with either character.

I’m a little of both. Like Shadi, I detest plastic chairs and tarp. I understand Shadi’s anger and his rejection of injustice. I understand the freedom he has found in being on his own, in living in a country where you are just like everyone else and not subservient. But like Abu Shadi, I choose to live in my country, in Palestine.

Western audiences may not realise how much against type the casting Mohammad Bakri is! What made you think he would be right for this role?

Absolutely. Mohammad has said that he is like Shadi and his father was like Abu Shadi. Mohammad is a very strong personality, elegant and proud. In fact he’s the opposite of Abu Shadi, who is a broken man.

Working with a real father and son, did you have concerns that their own relationship might impact on the characters’ relationship?

For [Mohammad and Saleh] as actors to work so closely together, they could have had blocks up; they could have been unable to push each other like that publically – it’s extremely difficult to work with your own family. We spoke about these challenges very openly together and shared our fears and concerns. I remember Mohammad saying this would be the greatest challenge of his career. We prepped for months before shooting. I even had a dialect coach for the both of them. In the end, I could not be happier with our work together. 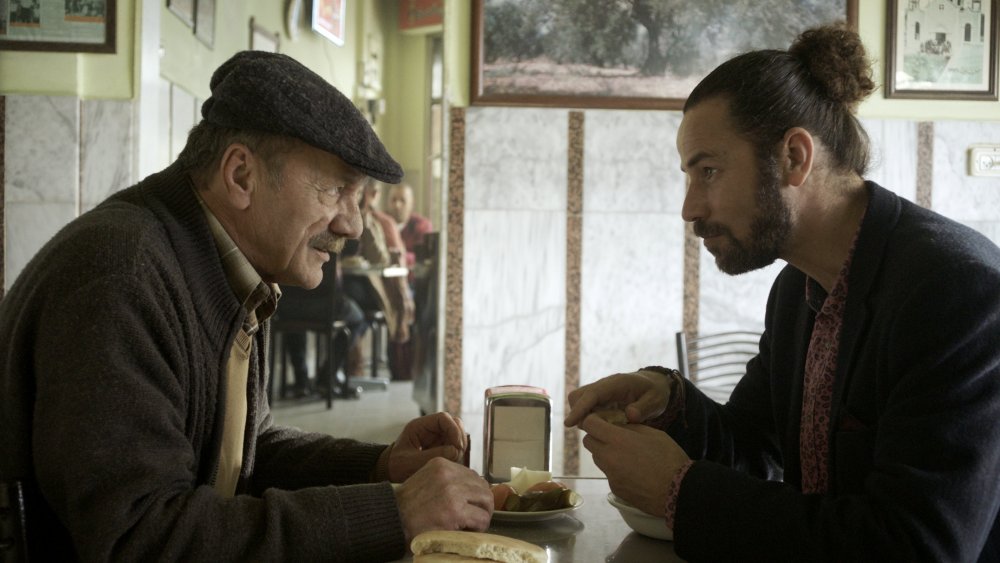 You don’t court sympathy for your characters. A major condition one often hears about Western protagonists is that they must be ‘likeable’ or ‘relatable’.

That’s absolutely true. I’ve often been criticised that my characters aren’t ‘likable enough’ – that Soraya in Salt of This Sea was too aggressive, too angry, that Tarek in When I Saw You was stubborn and annoying, and Shadi and Abu Shadi have also been criticised. For me, I like those kinds of characters, characters with flaws, that we recognise as real people, broken people. I really don’t like black and white portrayals of people or of life.

Presumably the significant humour in the film, though it might seem incongruous, is reflective of what you experienced in Nazareth?

There’s a lot of humour all over Palestine. It’s a survival mechanism. Definitely I wanted to capture that spirit. People who live under oppressive conditions need humour to survive. When your reality is so absurd, when laws are designed to keep you marginalised and subservient, when there is a boot on your neck, you’ve got to find ways to resist. And laughing is one of them. 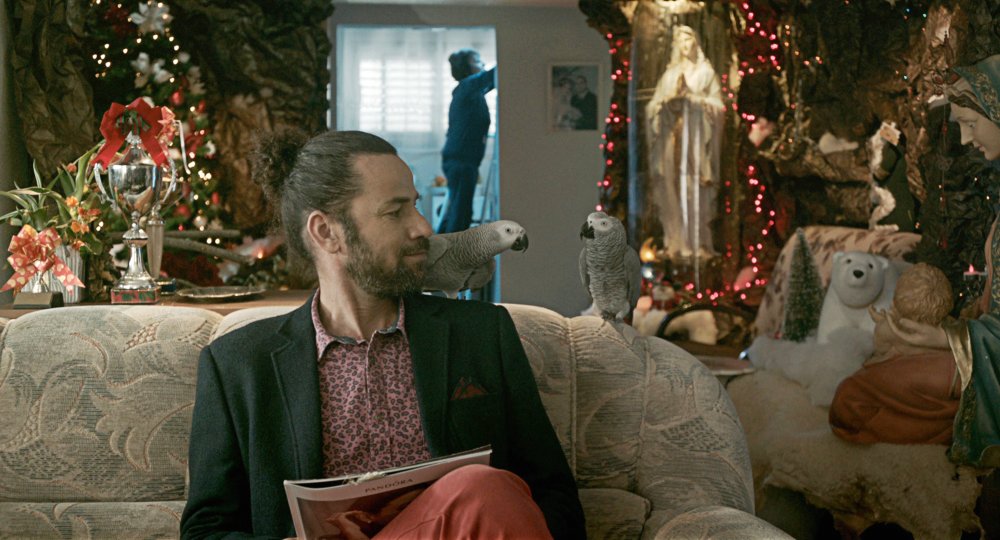 How has the reaction to the film been in Palestine and the wider Middle East? Has it differed to screenings outside the region?

The best screenings I’ve ever had in my life were of Wajib in Palestine. The warmth I felt from the audience and the way that all the humour, every detail of it, was understood. It was fantastic. That said, we’ve also had a very generous response internationally. I think that even if one doesn’t understand the political atmosphere, the essence of the film is this father-son story, two men struggling to understand each other.

Wajib’s final scene reminded me of another character-based, family relationship drama I admire, Stanley Tucci and Campbell Scott’s Big Night. Is that a film you know, or drew on?

I love you! Yes of course, I know and love that film. And the ending of that film is pretty much perfect. I was very moved by it and wanted a similar kind of quiet resolution at the end, still open, but in the way that only families can be with each other. 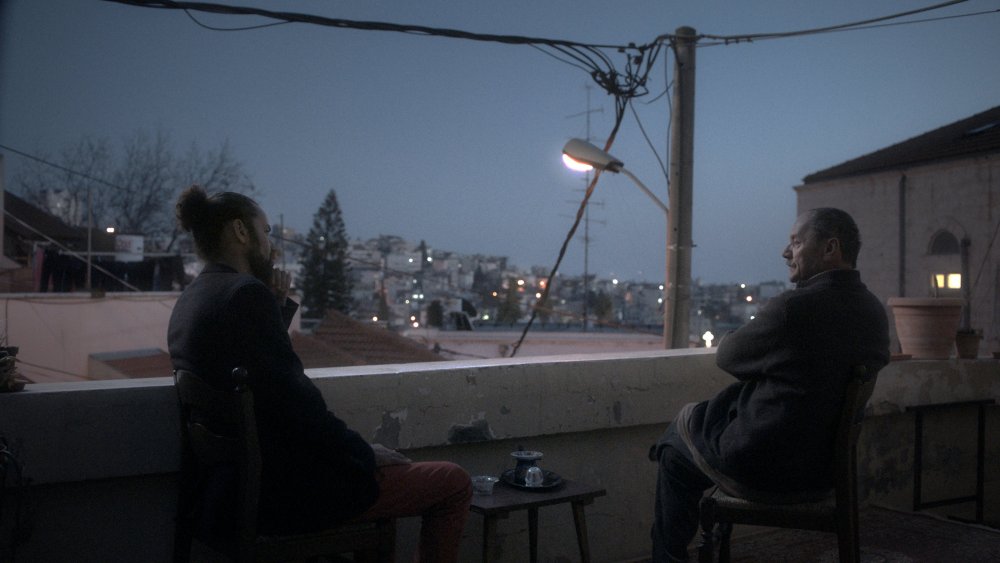 Your films are perhaps less explicitly political than some current Palestinian filmmakers, but are still imbued with a political sensibility. How would you describe your approach here, and to material in general?

I think everything in life is political. I have never seen a film that is not political. Even the most stupid film is political. But I try to make films about human beings. What I am interested in is people, and the small ways they survive, find hope, find humour and resist disappearing.

In a similar vein, does the fact that you are Palestinian – and that politics is the immediate, often contentious, connection many people make with Palestine – lead people to want to pigeonhole you as a ‘political filmmaker’?

There is definitely the issue of being pigeonholed and people making assumptions about the film before seeing it. What I also find is that people have a great need to try to encourage films about Palestine which “are not political”. Journalists keep asking me: “When will you make a film that is not political?” I don’t understand the question at all. Even if I made a science fiction film about Palestine where everything was hearts and flowers, it would still be a political act to do such a film.

You have lived and worked in the US, but have chosen to make films back in the Middle East. What would you say is the main influence for that choice?

I grew up in the Arab world, I studied in the US, lived in Europe, and came back to live in Palestine. I did move to Hollywood in my 20s when I was still trying to figure out what I wanted to do and how, and I worked in the industry for some years there. But it wasn’t for me. I’m not interested in that way of making films, nor of being boxed into a certain way of how scripts should be or not be.

That is not to say that I do not love, really love, some American films. But I personally found that I wanted to use my energy towards something else, another way of creating.

Since you started screening Wajib, the #MeToo movement has caused huge discussion and impetus for greater accountability and equality in the film industry. What’s your take on it, given both your profession and living in a region of the world where women’s roles in the workplace has been historically problematic?

First of all, it’s not just this region where women’s roles in the workplace have been historically problematic, but all over the world. Every place I have ever lived or visited, which is pretty much everywhere, I have felt the same sexism and misogyny, except perhaps in Scotland. Seriously! In Scotland, I felt for the first time in my life I’m in a matriarchal society. It was incredible. Perhaps that’s just my outsider point of view, but I felt something different there.

In any case, we have a long, long way to go. And young girls today are growing up in the worst of times.

I’ve also read you talk about the many more Arab female directors working than we are often exposed to. Is there a reason for that? And is it changing?

There are many, many Arab female directors working. I’m not sure why there hasn’t been more exposure but isn’t that an issue everywhere too? I mean, when I see the Italian or French film industry, or the American, I am sure there are many, many more female directors working than we hear about. Definitely we know there is an issue with distribution, and definitely with the selection of female-directed films at the major film festivals. I think this year there have been significant strides to change that and I hope we will see something more fair.

As someone who also teaches and mentors students, you must have an eye on the future. What do you see?

The future is very bright. I work with a lot of very young people who are trying to make their first films, and I am impressed with them. They are brave, irreverent, and they are going to do great things. Mostly all my mentees are from the Arab region, and I can say something fantastic is coming out of here. What I also have noticed and absolutely love is the confidence in the young women I work with. I don’t remember my generation being so confident, or maybe it was just me. But these young women are so comfortable in their skin, and it is inspiring.

Related to “Laughing is a way to resist”: Annemarie Jacir on her father-son wedding drama Wajib